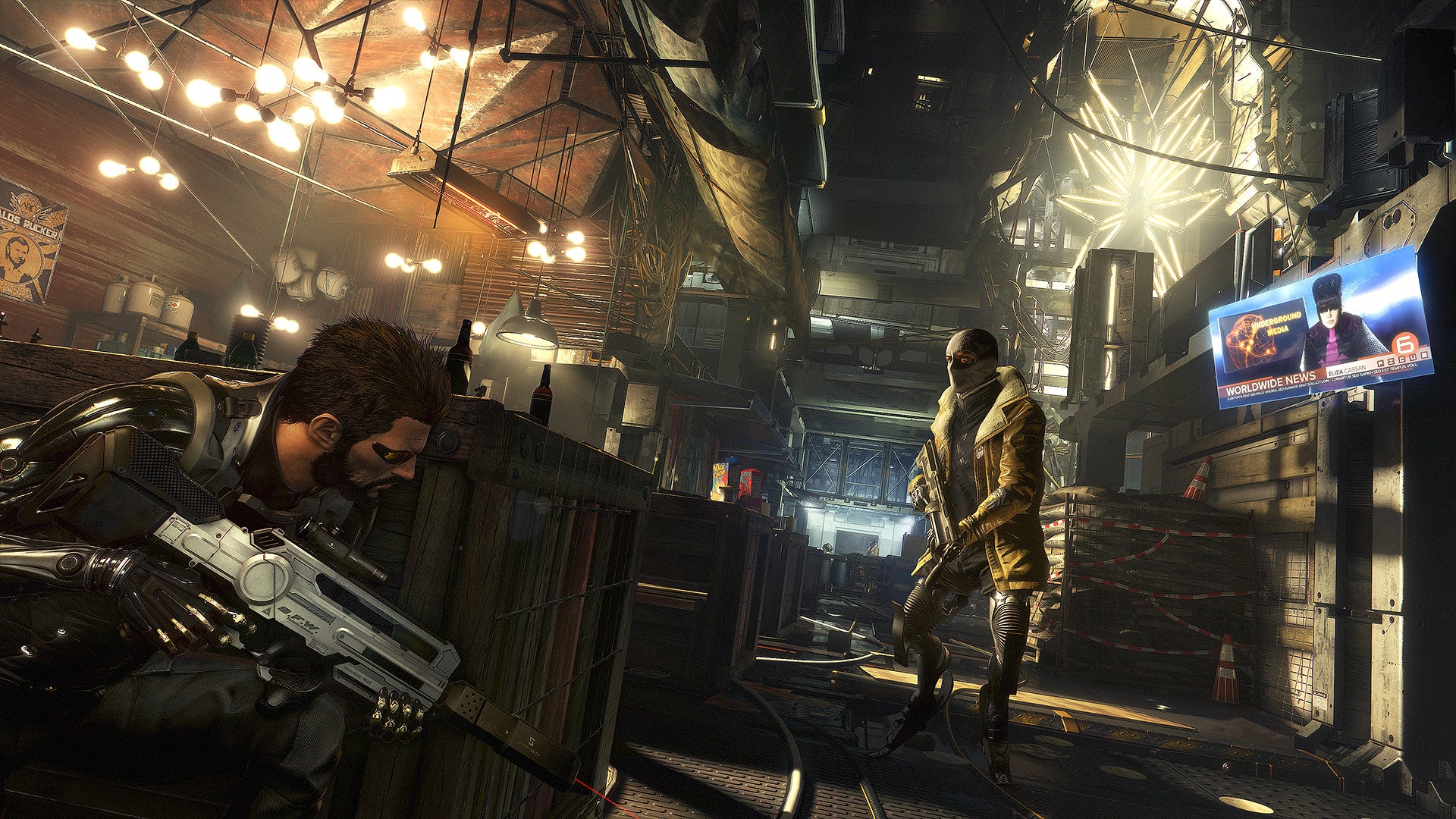 I've been enjoying my time in Deus Ex: Mankind Divided so far. While I have no complaints about all the emails I can read and all the toilets I can flush, there's one thing that has been bugging me about the PC version: The space bar. On keyboard and mouse, the space bar is mapped to Adam Jensen's ability to switch from cover to cover. It's also the button you press after the load screen to enter back into the game. If you've saved while in cover, reload and press the space bar to restart, Adam dashes out of cover like a football player going for the end zone.

I'm not the only one with this problem, either: 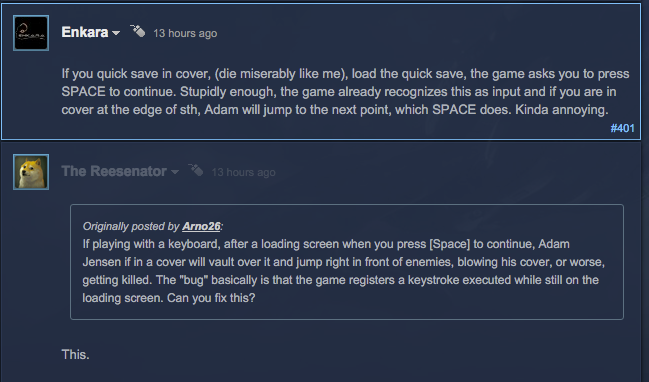 This quirk has been the cause of more of my deaths than I'd care to admit, as my games restart with Adam rushing into the arms of the bad guys he'd gone into cover to avoid. I'm the superstitious sort, so I'd chalked it up to the Stealth Game Gods punishing me for save-scumming, but I'm glad to see I'm not alone. On the plus side, though, it's inspired me to stop quick-saving my way through levels — which, as my colleague Kirk has pointed out, has made the game a lot more fun.

Hopefully there's a fix incoming. In the meantime, if you're playing Mankind Divided on PC, be careful where you save.