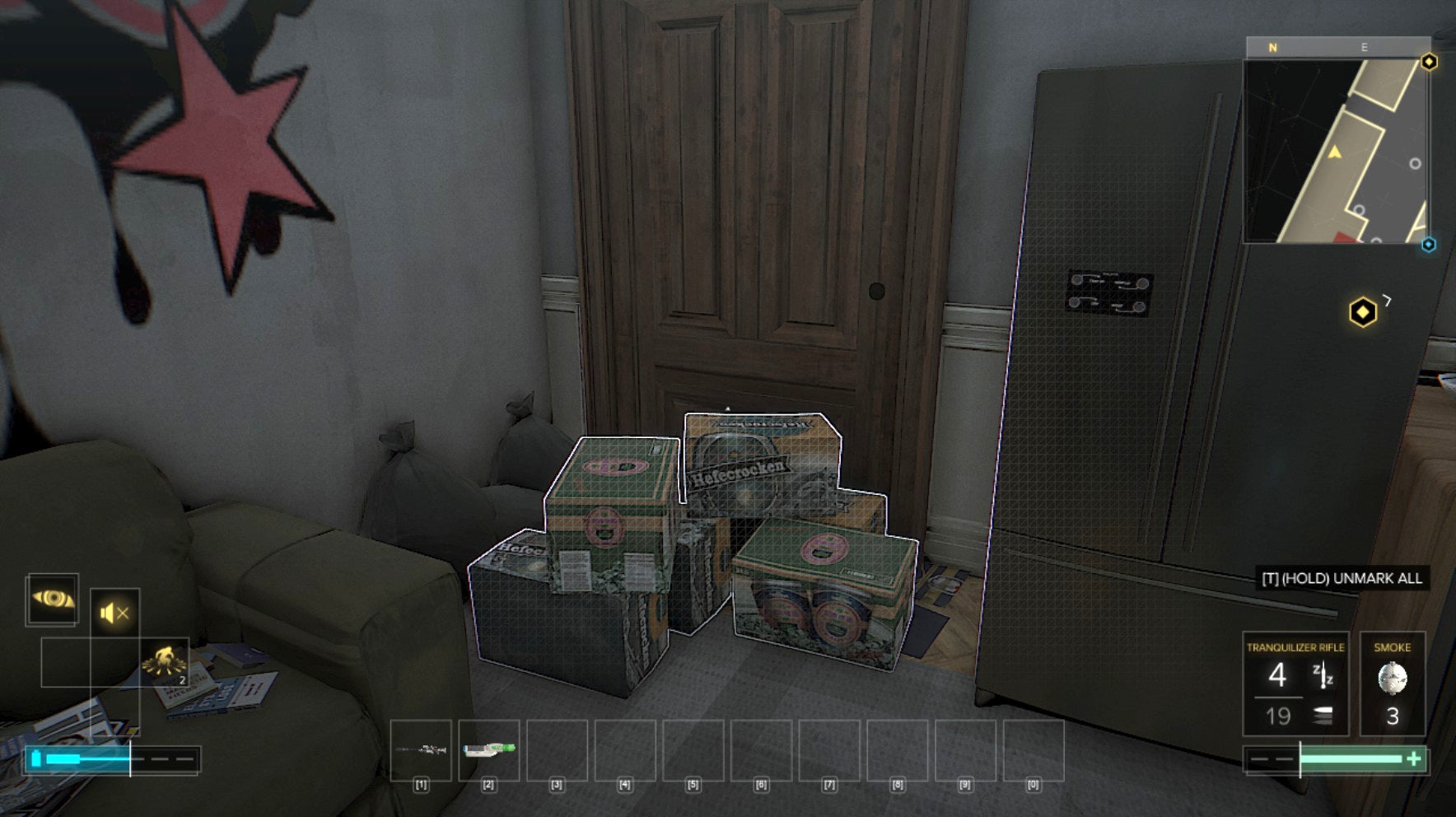 I found this particular blocked door after breaking into somebody's second-floor apartment in hopes of getting around a police blockade. I thought I'd discovered a clever route by exploring, but nope, it was blocked. I could use my Ultra-Vision (TM) aug to see people just outside the apartment, but I couldn't touch them, feel them, steal from them. Separated only by rotting plasterboard, we were worlds apart.

This would be fine, or at least expected, in a more linear game like Call of Duty, but in Deus Ex it yanks me out of the experience. (Really, though, I think all blocked paths a video game character could leap over or otherwise get around should be illegal.) The game's trained me to expect freedom of movement between locations, especially in the face of otherwise insurmountable odds. That's always been the series' central appeal. In Mankind Divided, most doors are open-able, or when they're locked, hackable. Except sometimes, as it turns out, when they're not. For reasons. Same for certain vents.

In fairness, I'm now on an interesting quest involving forgeries and scam artists that will ultimately get me past the police blockade (probably), but come on, Deus Ex. I thought you were above this kind of thing. At least, I dunno, give me a more believable blocked door.