Enderal Is More Than A Mod, It’s A Whole New Skyrim

Enderal is a Skyrim mod that’s been in development for years. I’ve been playing for hours, and I feel like I’ve barely scratched the surface. Enderal is a total conversion mod that adds a new, nearly-Skyrim-sized continent, loads of sidequests and secrets, and a whole new plot with its own lore and Chosen One. It takes place in a realm where debatably divine “gods” once ruled, but nobody’s entirely sure what their deal is, the dead aren’t pushing up daisies so much as they’re imitating them (by, you know, not staying dead) and otherwise intelligent people are going mad and slaughtering their loved ones. 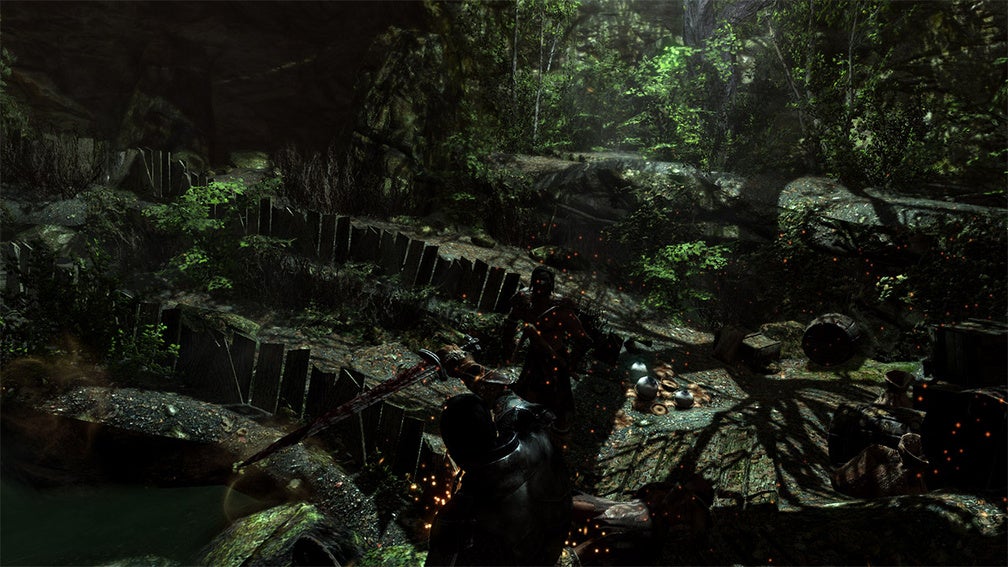 It’s a bad scene, and you, an adventurer plagued by inexplicable visions of the future and nightmares about your dead family (who you might’ve killed?), have to get to the bottom of it all.

Now, Enderal is a fan-made mod, so adjust your expectations accordingly, but don’t, like, toss them to the bottom of a crusty old barrel or anything. In many ways, this one’s remarkably professional. I mean, watch this video, and pay special attention to the voice acting:

It’s good! In some cases, really good. A handful of actors who contributed to the project are professionals, and while there are some glaringly noticeable dips in VO/writing quality in places, it’s often easy to forget that Enderal is a mod.

In places, it looks and feels like Skyrim, but in others, it really is its own game. Levelling up and skills, for instance, work completely differently than in Skyrim, and magic is both a blessing and a curse, bestowing you with flu-like symptoms (and ultimately, death) if you overindulge or don’t regulate your fire-throwing fever with regular doses of a drug called ambrosia.

The skill system, with its reliance on a mix of books and traditional levelling (as opposed to The Elder Scrolls’ series more active approach), strikes me as kinda clunky, but the magic system is cool, if occasionally frustrating. I’ve seen plenty of games wax philosophical about the risks of magic in their stories, but I haven’t seen many try to tackle the idea mechanically. 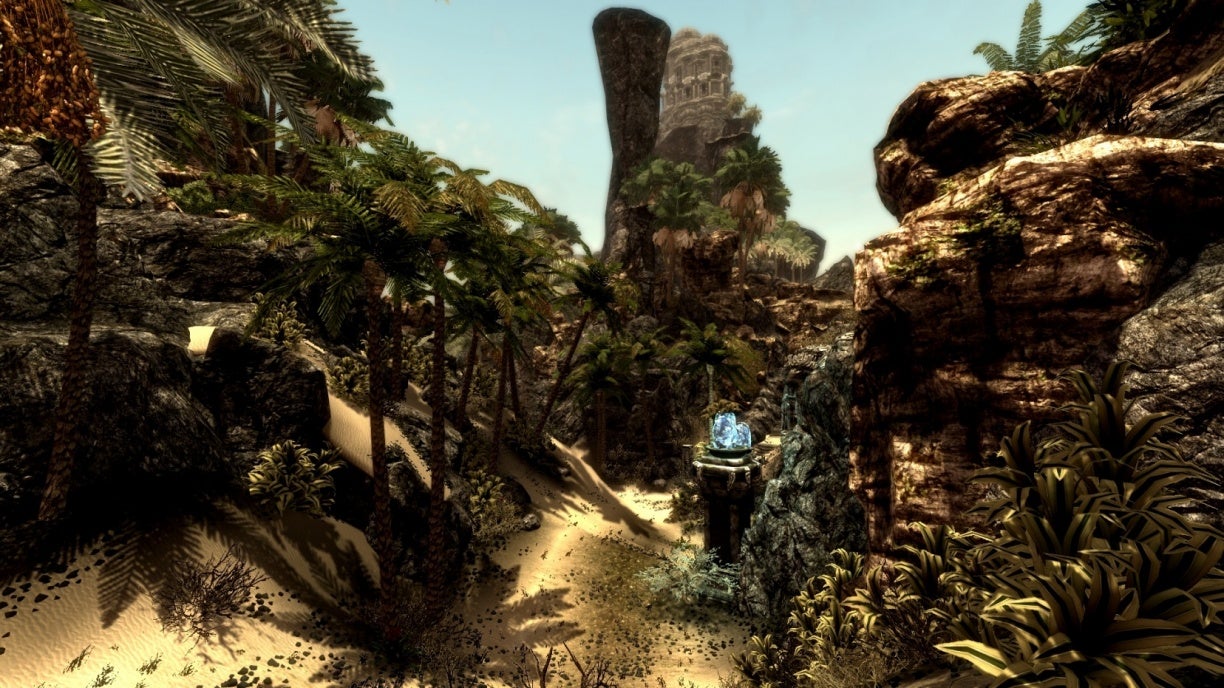 Meanwhile, Enderal’s early paint-by-numbers fantasy-scapes give way to deserts, jungles and cities suspended over dank caverns. As I’ve journeyed through the game world, I’ve learned of a society governed by “Paths”, allegedly divine decrees of people’s lots in life. Meeting characters grappling with the grim determinism of their culture leads to some interesting stories, even if the quests accompanying them can sometimes be stiflingly linear. Much like Enderal’s voice acting, quests aspire to a certain quality bar, but they hover both north and (occasionally very far) south of it.

The mod also gets off to a start that feels like a rollercoaster doing its best to trundle through a swamp. The opening cut-scene, wherein you’re confronted by a nightmare vision of your disarmingly cheery dead dad, floored me. It was a WTF moment equal parts intriguing and chilling. I needed to know more.

Then I had to go through a bunch of rudimentary tutorial quests kept on rails by invisible walls. These were divided up dialogue scenes that went on too long, making the whole opening feel substantially slower than Skyrim’s. Of the five or so hours I’ve played, nearly half of them felt restrictive and, frankly, contrary to Skyrim’s nature. 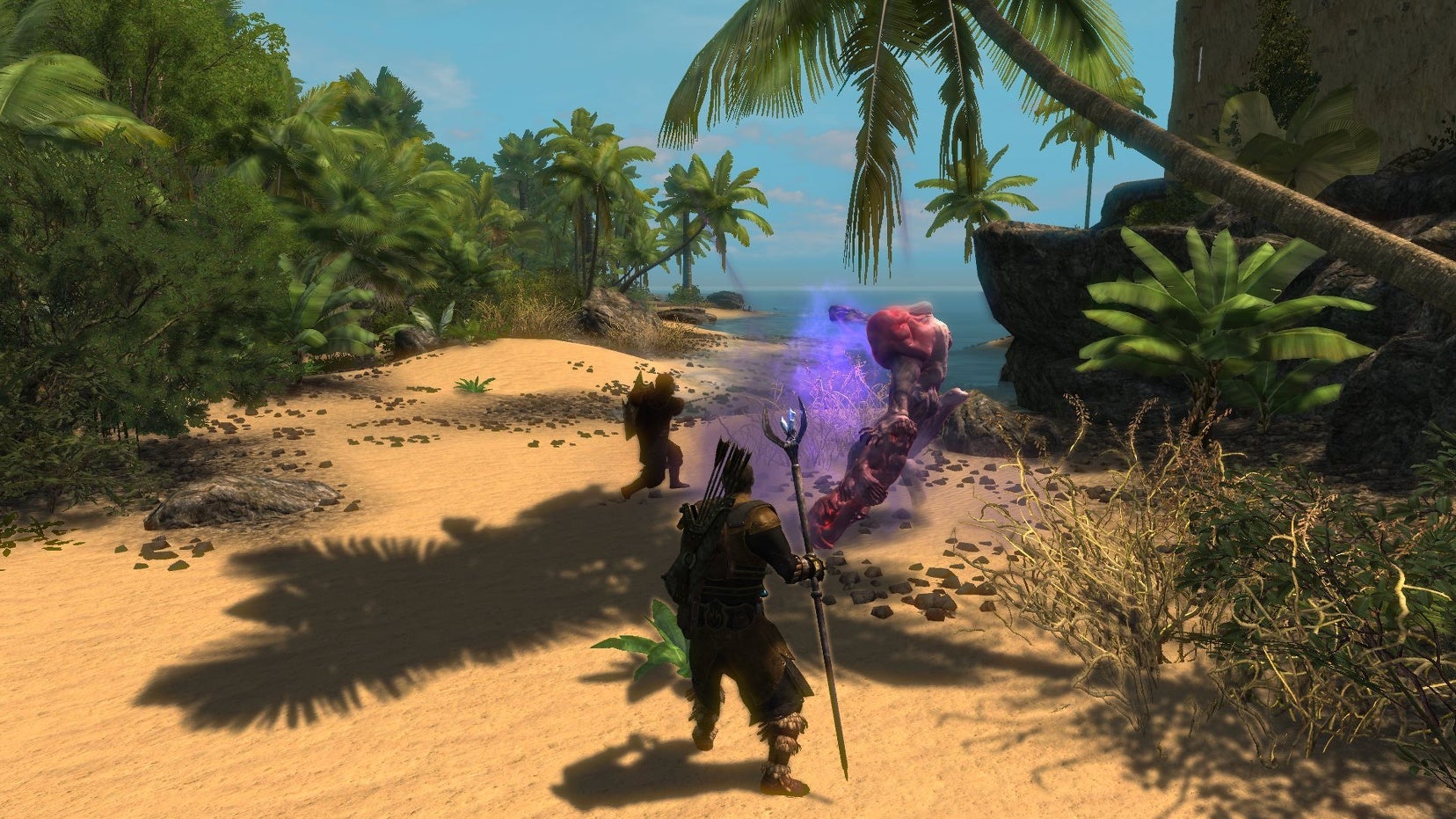 Now that I’m able to explore as I please, however, the mod’s really started to feel like something special. I’ve seen wildly different environments (only one of which felt like Skyrim’s lonely tundra) and met characters who’ve ranged from charming to downright freaky. I’ve heard tell that Enderal can last players 50+ hours, so I’ve still got a ways to go. So far, though, I’m impressed. A whole new game built in Skyrim’s engine? For free? Like hell I’d say no to that.