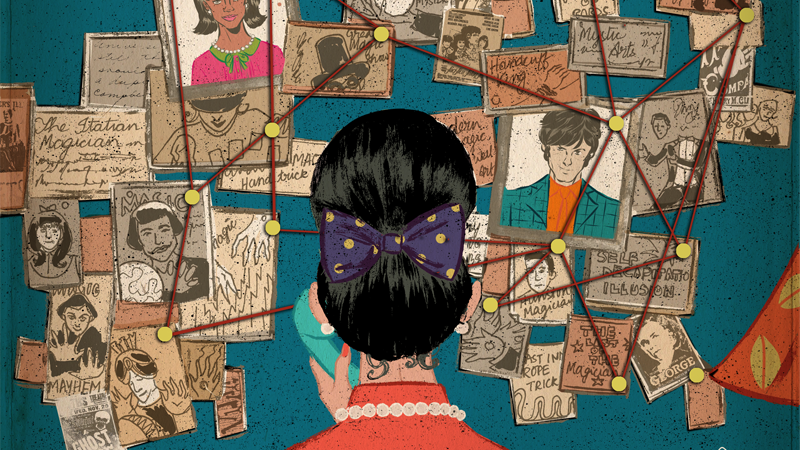 What if, at the height of the Cold War, Russia revealed that it had the ultimate weapon in its conflict against the Western world: Superpowered teenagers? That's the premise of Black Mask Studio's new comic The Sceptics — but as we've learned from writer Tini Howard, there's a lot more going on that just Russian superteens.

Coveer art for The Sceptics #1, by Devaki Neogi

Written by Howard and with art by Devaki Neogi, colours from Jen Hickman, and lettering by Aditya Bidikar, The Sceptics follows the U.S. response to the existence of psychic-powered Russian citizens, as the government races to find their own psychics to counter them. But just when they think they have found their prize, we learn that America's teenaged psychics are in fact fakes, fooling the government — and later the world — into thinking they have got superpowers, and trying to avoid the outbreak of World War III while doing so.

Here's our full interview with Howard, as well as a debut of some lettered pages from the first issue of The Sceptics. 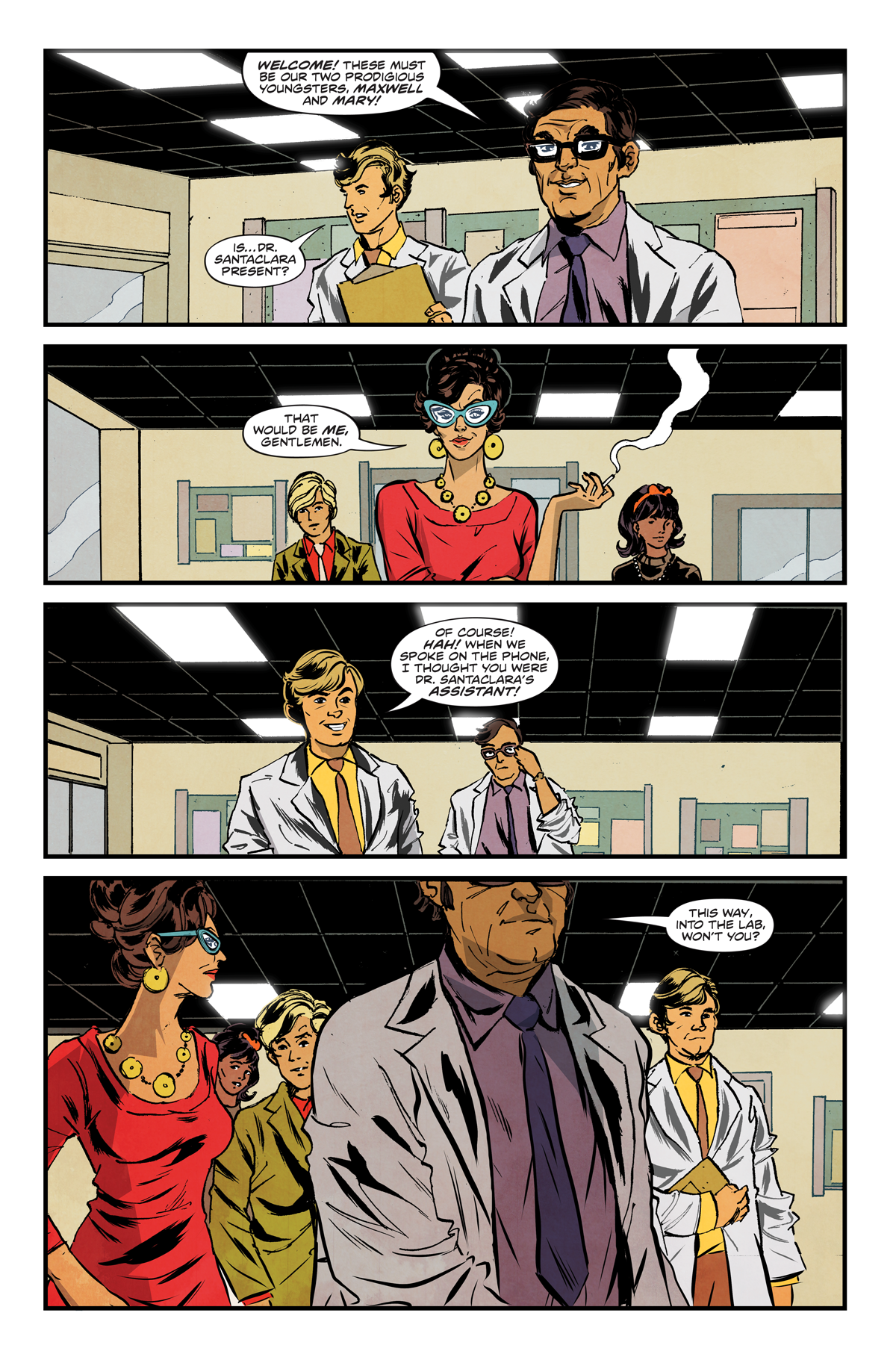 Tell us a little bit about the premise for The Sceptics.

Tini Howard: The Sceptics takes place in a slightly alternate 1960s Cold War America, where fear and paranoia have even begun affecting those among us we trust to be impartial: scientists and academics.

As a bit of an experiment, a frustrated and sceptical professor named Dr. Santaclara, decides she's going to show up these terrified eggheads by proving that they're so wrapped up in their paranoia, that they can even be fooled by a pair of well-trained college students — name of Max and Mary.

When the college students do successfully fool the scientists, things escalate quickly, and Max and Mary find themselves having to fake it so the whole world makes it without slipping head-over-loafers into World War III. What drew you to the 1960s, Cold War-era America period to tell this story in the first place?

Howard: I've always been fascinated with that era, the Cuban Missile Crisis, how close we all came to blowing ourselves up. And there are so many things that make a story from that time fun to tell - no cell phones, not a whole lot of TV, everything slows down.

Everything from news cycles to the simple relaying of a message become slower, and you can make your narrative so intense with so little. Plus, we all saw Mad Men, right? That early 1960s aesthetic is my everything. Mid-century madness. 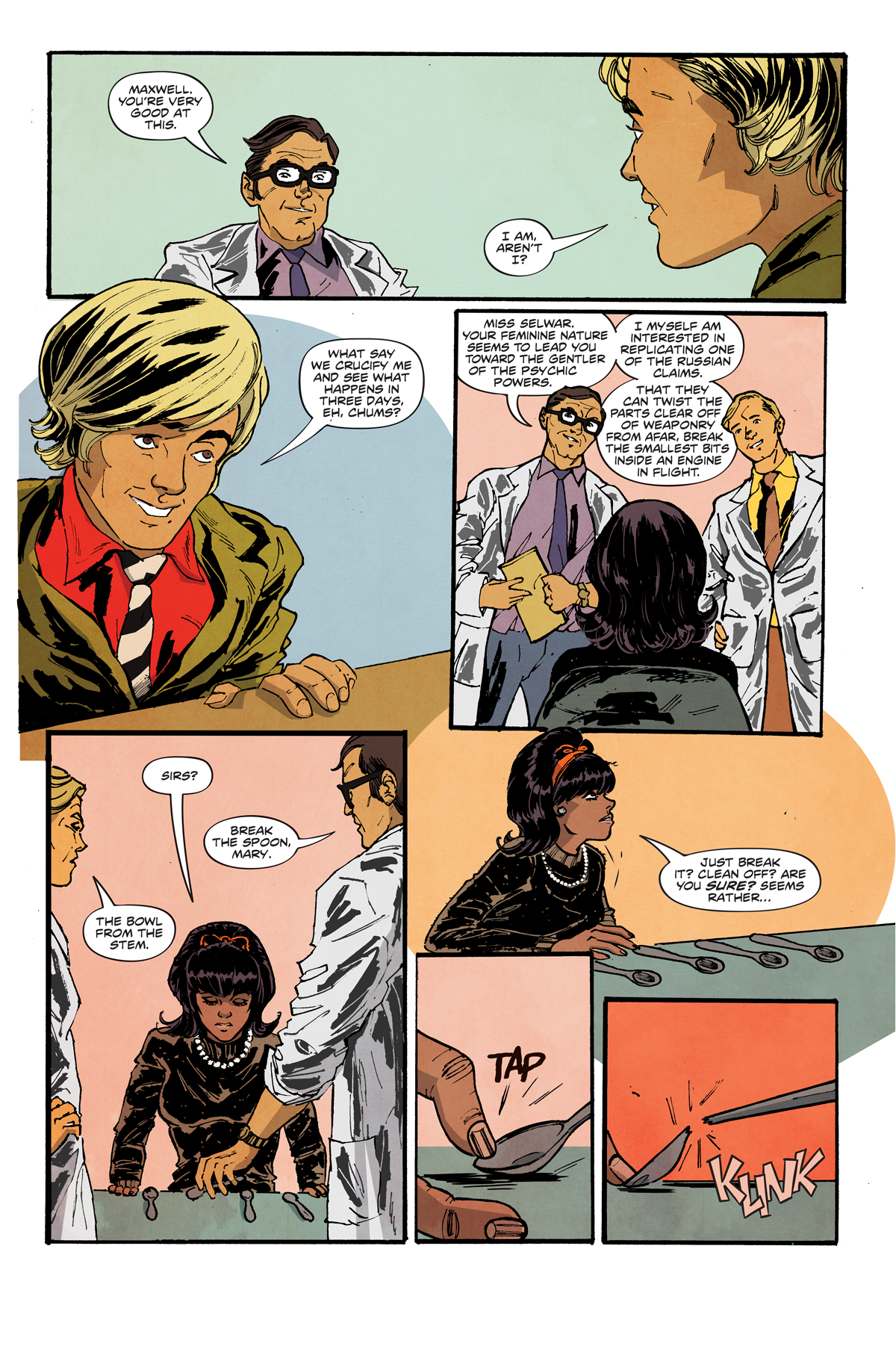 The twist of Sceptics' premise is that your protagonists aren't the psychic superteens the US thinks they are, but con artists playing a long game. What inspired you to go down this route with your lead characters and subvert people's expectations about the series from the get-go?

Howard: I have a post-it note from when I first got the loosest idea that just said 'sceptics as heroes.' I think those who self-identify as sceptics in order to bitterly question everything, good or bad, are a bit muddled. I'd say I'm a sceptic in the Harry Houdini, James Randi sense.

I want so badly to believe that something magical is real that I'll analyse and try to disprove any attempt to prey on that. I wanted a story about people who were great pretenders coming face to face with people who live that truth. And in the end, it's truth that saves the day. Perhaps in an unexpected way. 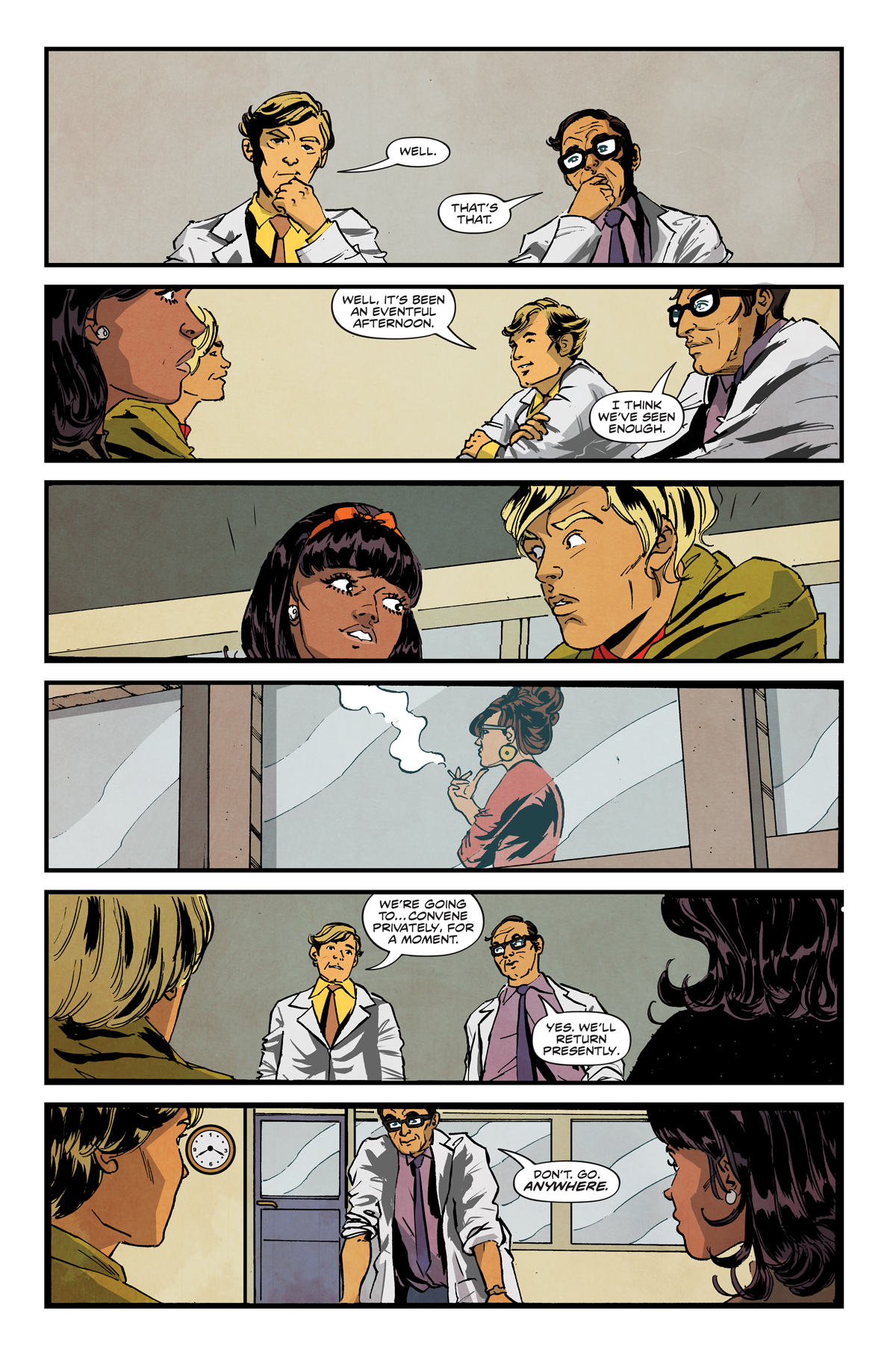 What's it been like collaborating with Devaki Neogi on this series?

Devaki is ideal. The thing that I'm not sure if people realise is that she's had experience with a creator-owned series before, and I haven't, and I'm SO grateful for that. She's the best kind of collaborator - she jumps in, eager to share her ideas, make corrections, and make the book perfect.

She's never ok with halfway, and takes in the themes of our premise fully, and shares feedback I hadn't even thought about. She was my first and only choice for the series - her previous work doing Curb Stomp with Ryan Ferrier and the Kim & Kim covers all said to me that she was the one for this.

I also have to acknowledge our amazing colorist, Jen Hickman, and our letterer, Aditya Bidikar. Jen was my first choice draft pick for colours, and Devaki's first choice for lettering was Aditya, who is amazing. We're all working together and making this book that fully looks like something from another time, and I am so thrilled. 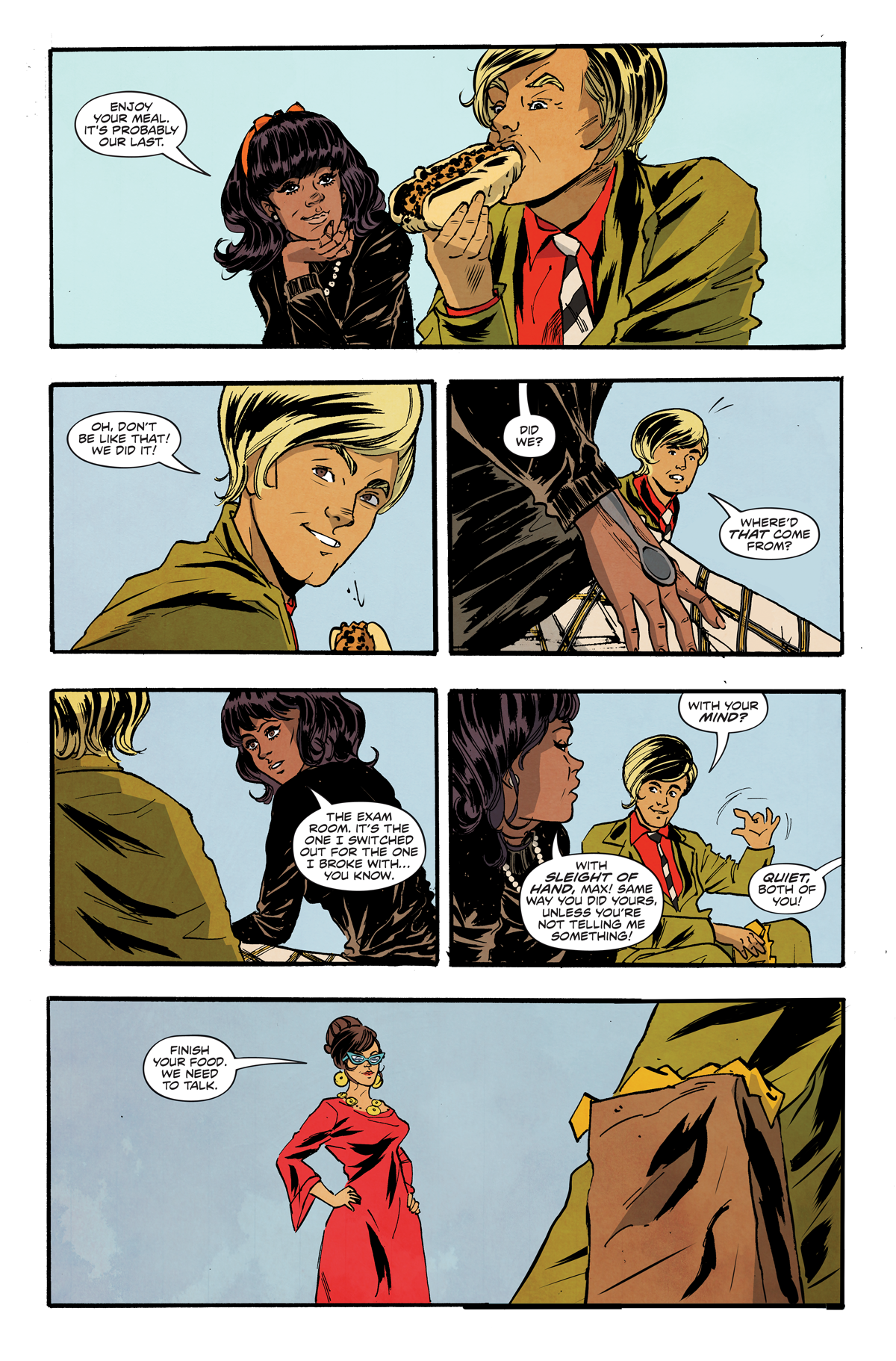 What made Black Mask an ideal fit to help bring The Sceptics to life?

Howard: So, The Sceptics is a weird little gem — I knew that about it from its conception. It's more like Nancy Drew and the Hardy Boys figuring out Watchmen-level mysteries than it is anything else on the shelves.

I didn't want to have to throw in robot punches or Soviet kaiju in order to make this book work, and Black Mask have proved to be the go-to publisher if you're new, weird, and want to do something unconventional.

I also don't know that any editor in chief would be as patient and helpful as Matt Pizzolo has. The dude is just kinder than I deserve. I wouldn't be navigating this creator-owned comic process half as well without his guidance. 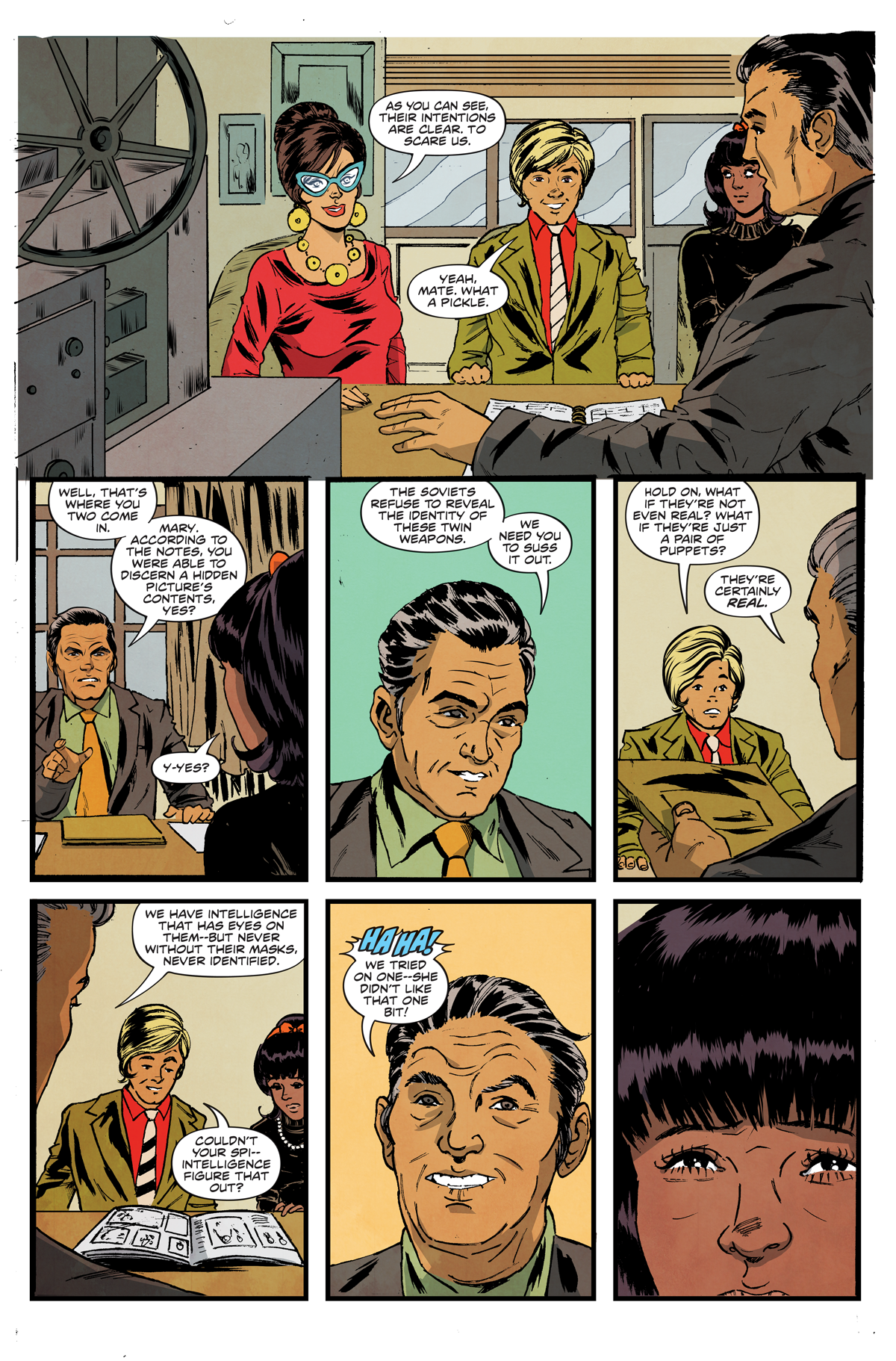 Is there anything you could tease us with about where the series will go beyond the first issue?

Howard: Oh, sure I could. Expect rock and roll, Coca-Cola, and hijinks. Chilli dogs, clever disguises, Twiggy, Warhol, and kissing. And Max and Mary don't know everything - they wouldn't be very fun protagonists if they were right all the time. Keep an eye on these kids - it may be the swinging sixties, but I can still paraphrase Justin Timberlake: they have only got four (issues) to save the world. The Sceptics #1 hits shelves in October.