Ever, Jane Brings Jane Austen's Wit To An MMORPG 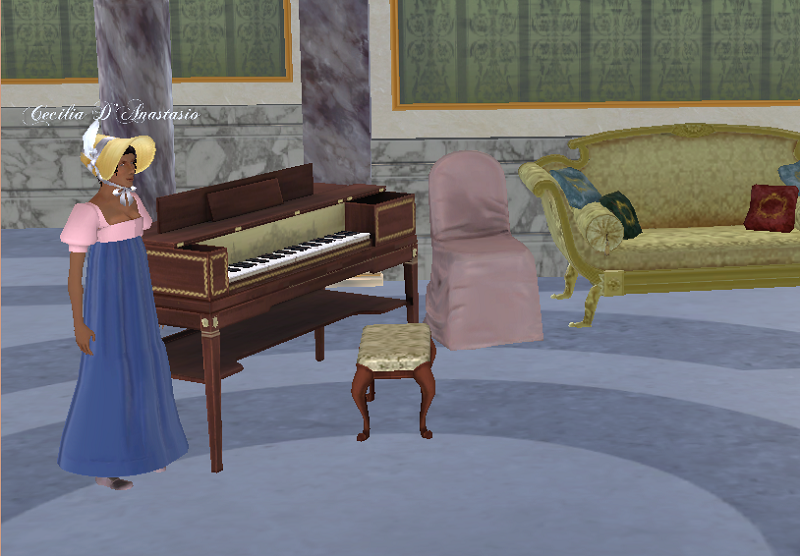 Talking — and talking well — is the weapon of choice in the MMO Ever, Jane. In its open beta, the Jane Austen-themed game, not to be released for another year, brought me back to a time when graphics, game mechanics and avatar customisation were secondary to how well virtual-world residents could write.

Ever, Jane, in its raw state, works because Jane Austen novels are singularly immersive. In classics Pride and Prejudice, Sense and Sensibility and Emma, 19th century England's complicated social nuances gave way to even more complicated interpersonal relations, all fodder Austen's clever writing. Her characters, flawed and idealistic, are some of the most sympathetic in all of fiction. Her worlds are accurate to the time, but entirely fantastical in terms of class-mingling and romantic scenarios. (It's difficult to imagine a snobbish Mr. Darcy, who makes a relative million dollars a year, becoming so enamoured of the poor, self-righteous Elizabeth Bennet in Pride and Prejudice.)

That's why Jane Austen novels are the perfect basis for virtual role-playing. History and fancy intermingle to create a firm basis for literary improvisation, something Austen fans have done since the classic novelist's death. Austen-inspired books Austenland, Prom and Prejudice, Confessions of a Jane Austen Addict and Definitely Not Mr. Darcy all nod to the writer's style; but it was her ability to write dialogue that made her famous. Ever, Jane could democratize Austen fandom and capitalise on the writer's appreciation for witty banter, Ever, Jane's main mechanic.

I "spawned" outside a modest house in a grassy English town. My character (who bore my real name) was dressed in a fashionable early-1800s dress, tight at the top, but flared under the bust, featured by costume designers for every period-respecting Austen film adaptation. When I entered the house's parlor, five equally dapper women and men stood around doing something I hadn't witnessed so openly in an MMO for a while: Writing.

"My goodness!" a woman said. "I dare not try to re-pronounce your name even after hearing Mrs. Hatch announce you!" Italians, it seems, were not entirely common in Regency England.

I hit the curtsy button and introduced myself.

A man spoke up: "I'm pleased to be among you, ladies. May I introduce myself for lack of a connection among you?" Polite small talk, all rendered in perfect Austen style (with snark to boot), filled the small room.

Ever, Jane's developers, some of whom were welcoming newcomers in the parlor, all bear the last name "Worthwaite." In Ever, Jane, they are cousins. When discussing technical bugs (it is in open beta, after all) or explaining gameplay mechanics to newbies, they talked in parentheticals. The rest of the time, they were in turn gracious, cunning, haughty and meek in the game's chat box. Old-school asterisks were used to denote actions like scoffing.

Lead developer Judy L. Tyrer, Linden Lab's former Senior Engineering Manager and 3 Turn Productions' founder, has always been obsessed with role-playing. Before she was cutting her teeth on Second Life, Tyrer was a major EverQuest player.

"We had so much fun building stories, acting them out, and then writing then up on the website the next day," Tyrer told me as Hermione Worthwaite as we were exiting our carriage. She played on a role-playing server, a facet of MMORPGs still present on games like Final Fantasy XIV and World of Warcraft, but has recently found that few virtual worlds place role-playing front-and-center. "The MMO world chose to go with the action/adventure players. So I wanted to create a game focused on the role-players." While mulling over how to make it happen, Tyrer picked up her favourite stress-read: Austen's Sense and Sensibility, which, like Ever, Jane, begins with a funeral.

Ever, Jane has quests, but they are currently quite bare-bones: Delivering a handkerchief, wrangling a sheep. Some are single-player, others, multiplayer. Tyrer says that, "unlike most quest systems in MMOs, where everyone on the quest has the same set of goals, our stories give each player a role in the story and some roles can have conflicting goals." Austenites also have stats, including status, kindness, duty and reputation. Tyrer says that, over the next year before release, her team at 3 Turn Productions will flesh the quests out.

What wasn't striking were the gameplay mechanics, which a year out from release resemble Second Life's, as much as players' dedication to role-playing. Five days after Ever, Jane's open beta release, I encountered about a dozen characters total, all of whom remained dapper and spoke in proper English throughout my in-game travels, which at one point led me to an elegant ballroom.

On carriages, Tyrer-as-Hermione escorted me to an estate. It was enormous, with diagonal staircases and a gravel path long enough for us to park our horses. I followed her into a ballroom with hanging chandeliers and a small piano forte. A woman in our party sat down at the piano, noting in asterisks that she was playing a merry tune. A man and a woman came together and acted out an intricate dance, circling each other, a little visually clunky. But like early 2000s role-playing, it wasn't about visuals — with connections to other people, love, backstabbing, and friendship, something as simple as dancing can be scan as a nefarious scandal or a breathtakingly romantic moment.

In this case, it was neither. The woman curtsyed, thanking the man for such a pleasant dance. The man, on the other hand, fired back: He would rather take a cannonball to a ship's broadside, he thought out loud, than dance with her again. "Thank you for the dance," he said. "It was invigorating."