In Mark Waid's Axiom, Humanity Fights Back When Earth's Most Powerful Superhero Takes Over The World 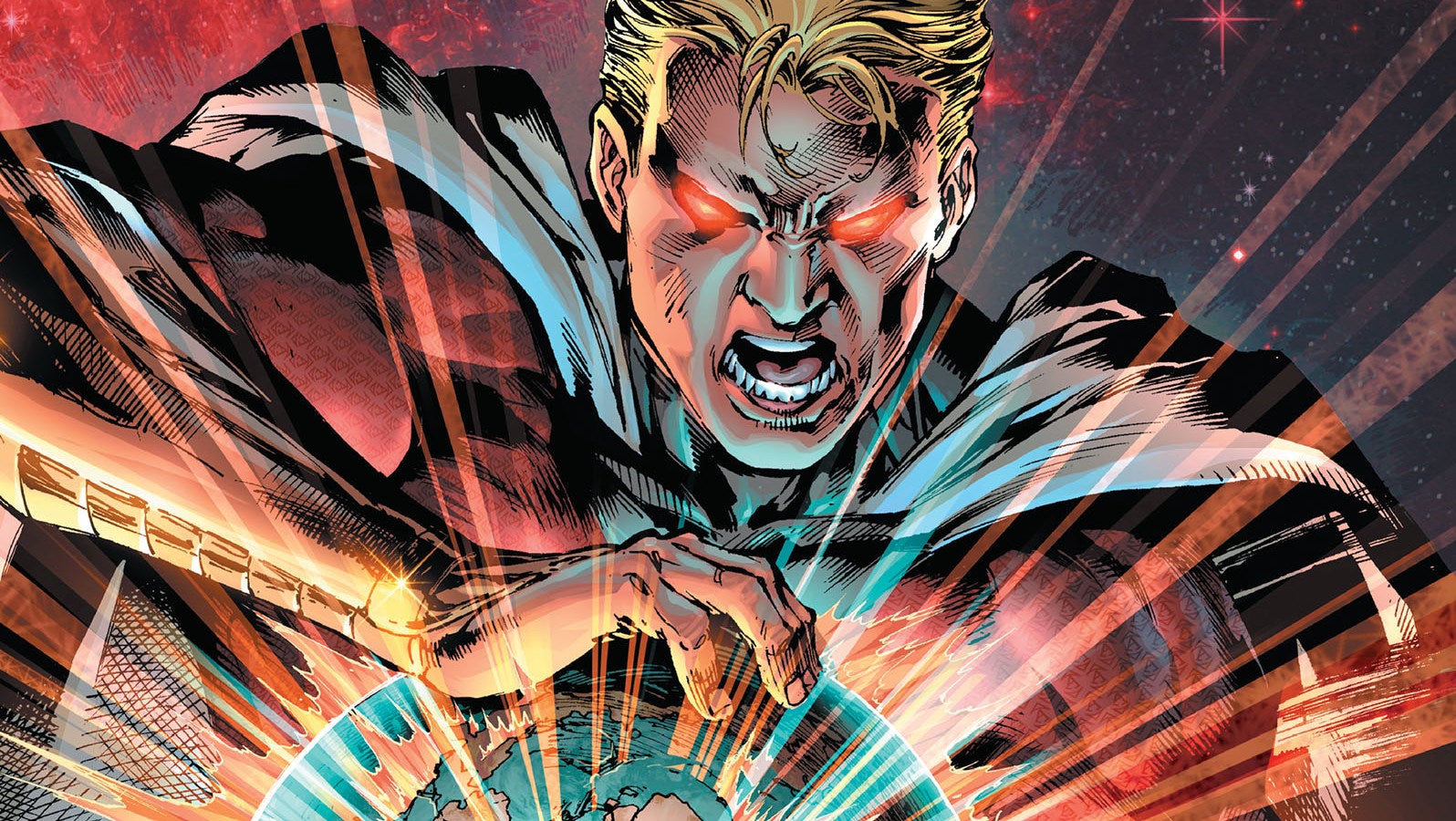 The worst nightmare scenario in many superhero universes is when the Superman analogue constrains Earth in an ultra-oppressive grip. A new graphic novel by a comic writer known for some of the best Superman stories ever shows mankind fighting back in thrilling fashion. Just released by Legendary Comics, The Rise and Fall of Axiom hits very familiar beats with its main character. In the original graphic novel written by Mark Wai, with art by Ed Benes and Dinei Ribeiro, the title character comes to Earth and begins a long career of saving people from disasters and threats of all kinds, alongside his wife Thena. But after a tragic loss, the metahuman powerhouse's emotional state starts unravelling and humanity soon finds itself terrified by the hero they once looked up to. 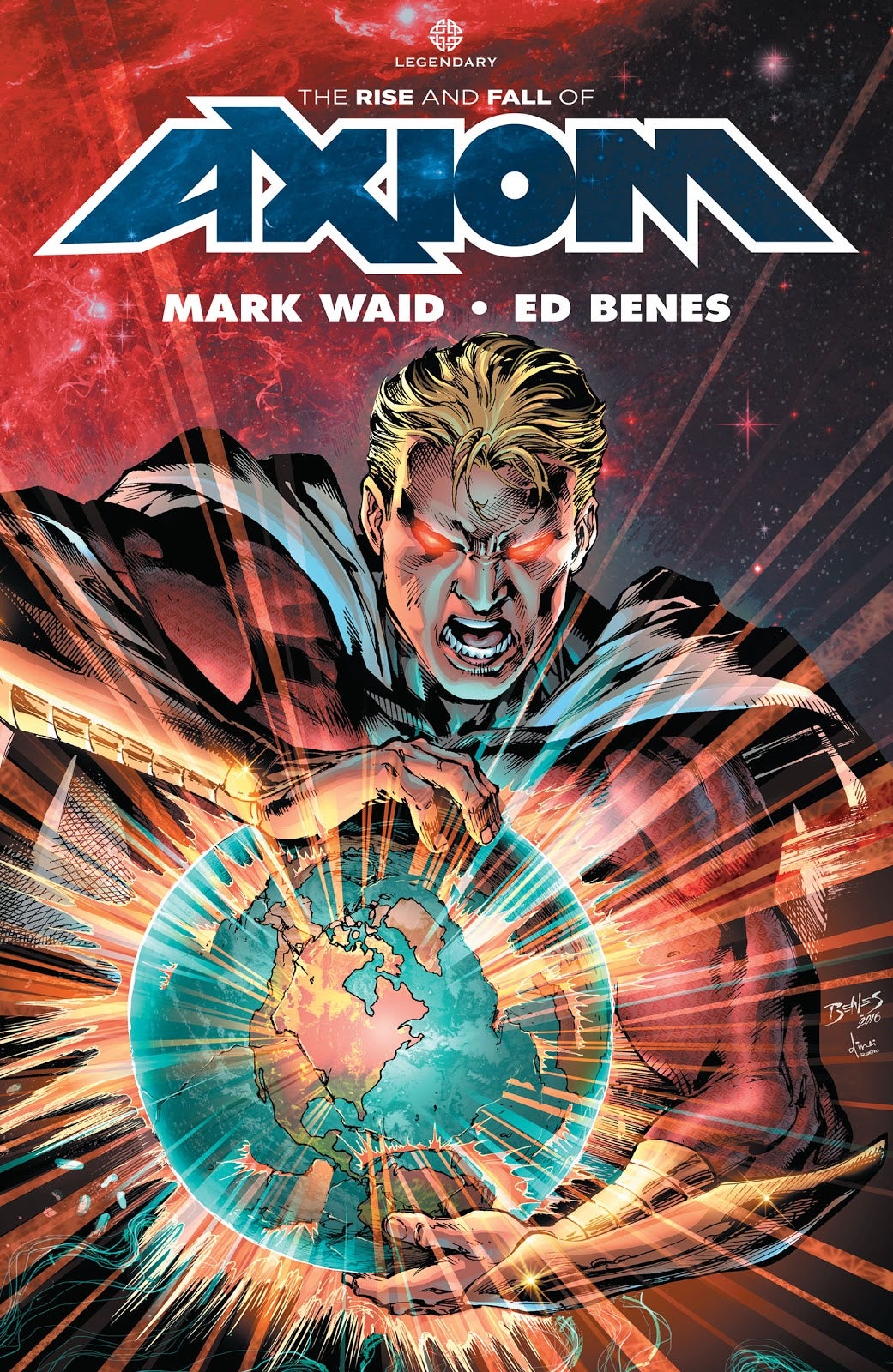 I spoke to Waid over the phone last week about this new project and how it channels some of his personal feelings about living in a world where he says "fear is the currency of the 21st Century". The man who decides to take on Axiom is Kyle Dubois, who Waid said, "grew up just worshipping Axiom.

"[The kid] became this unprepossessing adult, asthmatic and not cut from the heroic cloth," he continued. "He's not comical by any stretch of the imagination but neither does he strike you as being a hero. Ultimately, it is up to him to lead others to bring Axiom to justice if he can.

This isn't a scenario where citizens of Earth are unaware of the change in attitude in their former protector. "They have learned that he's a tyrant," Waid says. "The book is about watching him turn and seeing how everyone in the world is cowed by this man with superpowers."

Best known to some as a co-creator/writer on Kingdom Come, Superman: Birthright and JLA, Waid has played with similar themes in other projects like long-running series Irredeemable. "Irredeemable was more about nature vs nurture, about what happens to a character like that if they're brought up by horrible people," he told me last week. "It's 'what if Superman were adopted by jerks or sociopaths?' Axiom is much different in that it's really about fear.

"[Legendary Entertainment CEO] Thomas Tull — who really deserves a co-plotting credit on this thing, if he'd take it — and I talked about it at great length and it's really about fear. It's about working out my own issues with the aftermath of domestic and international terrorism and what that has done to us as a country and as a people in terms of how other people now exploit fear as the currency of the 21st Century. That's what we have to deal with. I personally am tired of being afraid and I don't know that any good decisions are made out of fear, unless you're, like, running from a bear. This is me dealing with that and putting that part of me on paper." 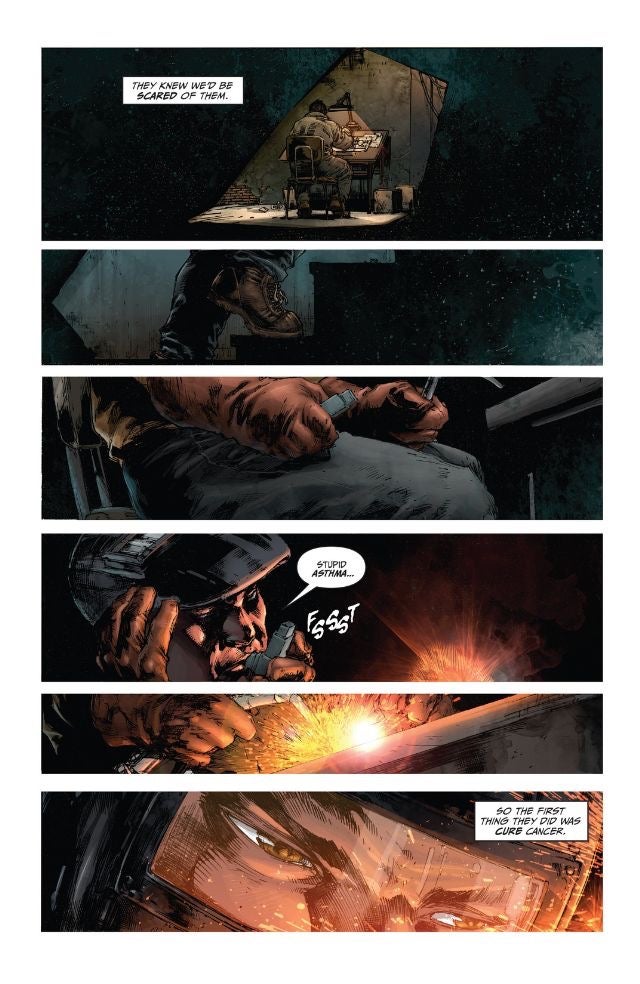 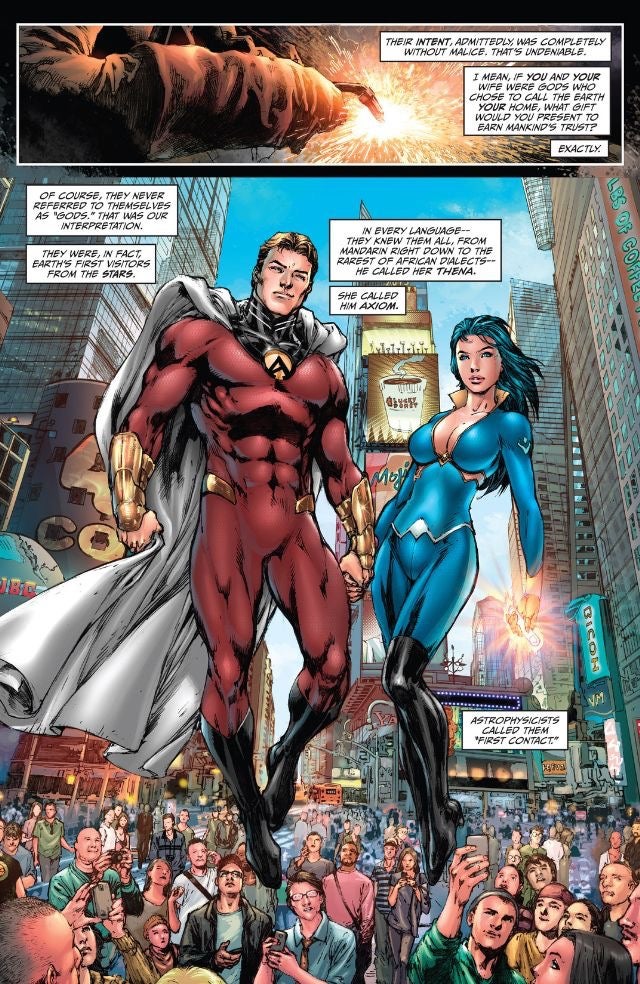 Empire, a 2000 work with Barry Kitson where an evil, armoured master manipulator becomes ruler of the world, also happened in a deeply oppressed society. When I asked Waid why he kept going back to that notional reservoir for Empire, Irredeemable and now Axiom, he said the commonality is reflective of the world we live in now. "It feels very much, with each passing year, that we live in an oligarchy rather than a democracy here in America," he offered. 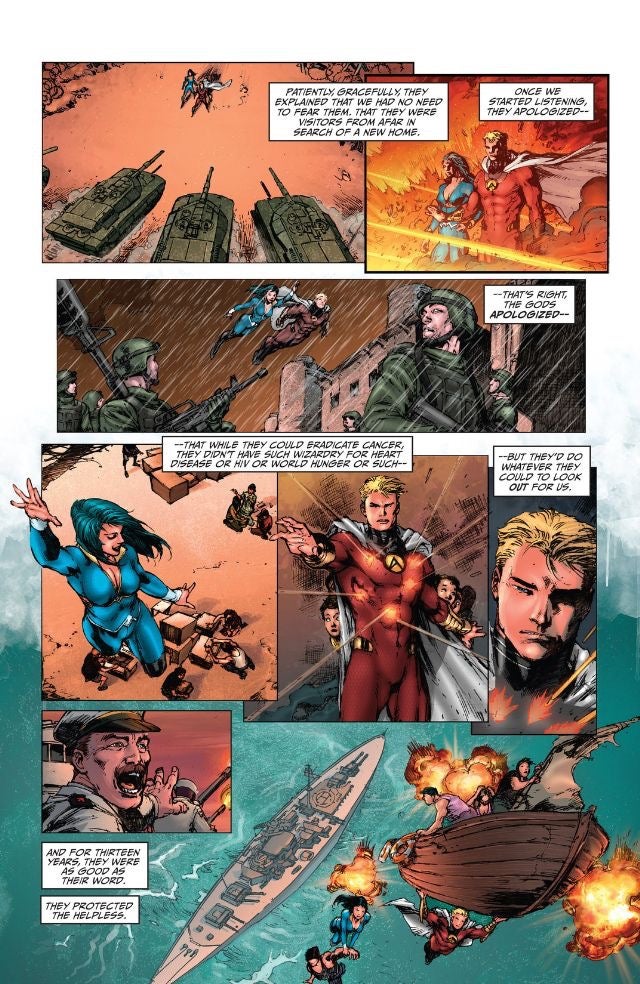 "I'm not trying to make some broad, political, Republican-vs-Democrat statement. I'm just observing the fact that, as I get older, the rich get richer, the poor get poorer and the upper hand seems to be held by people who have become largely unaccountable. The best superhero comics really are taking ordinary, world-outside-your-window problems and rendering them as superhero allegory, blowing them up to bigger-than-life situations. That's what I'm going for here."

The Rise and Fall of Axiom is available now.