Just Another Day Killing The Gods Of Ancient Greece 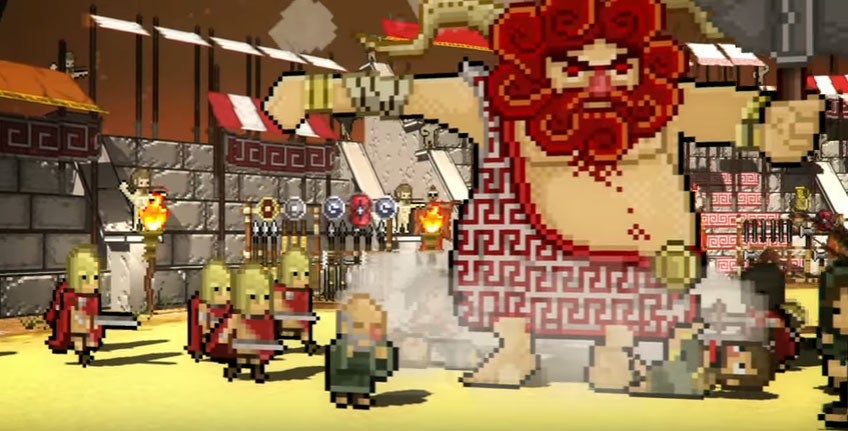 We first played an early build of Okhlos all the way back in January 2014. It's now out, and I've been playing the finished article.

Chris' original headline pretty much nailed it. It's Pikmin, but with ancient Greeks. You control a single philosopher — Themistocles, for example, because that's such a tremendous name to say aloud — as you navigate levels smashing shit up and killing gods.

The trick comes in the fact you do very little of this yourself. Instead, you're collecting followers who are strewn across the map, some of them soldiers, some of them slaves, each of them bringing their own strengths to your ever-growing mob.

Your main job is to control that mob, using a variety of commands like attack, defend, scatter and regroup to dodge obstacles, navigate spaces and fight.

The pixel art style is cute, but also makes things a bit of a mess when things get hectic. The soundtrack, however, is fantastic.