Nothing Brings World Of Warcraft Together Like The Invading Demonic Horde

For the past week players of all levels, races and factions have been joining forces to try and stem the tide of soul-hungry demons spilling into our lands, determined to end life as we know it. I've not had this much fun with other players in ages. Since last Tuesday up until this morning's maintenance, two locations on Azeroths' original two continents would host a demon invasion in four hour cycles. Players entering an invaded zone can choose to participate in the event (once per cycle). Each event is split up into four parts. First players fend off lesser demons. Than a mini-boss arrives. Once the mini-boss is down the players take to the offensive, hunting down prime targets and destroying enemy fortifications. Finally there's a massive raid boss with completely unfair attacks, at least by solo player standards. 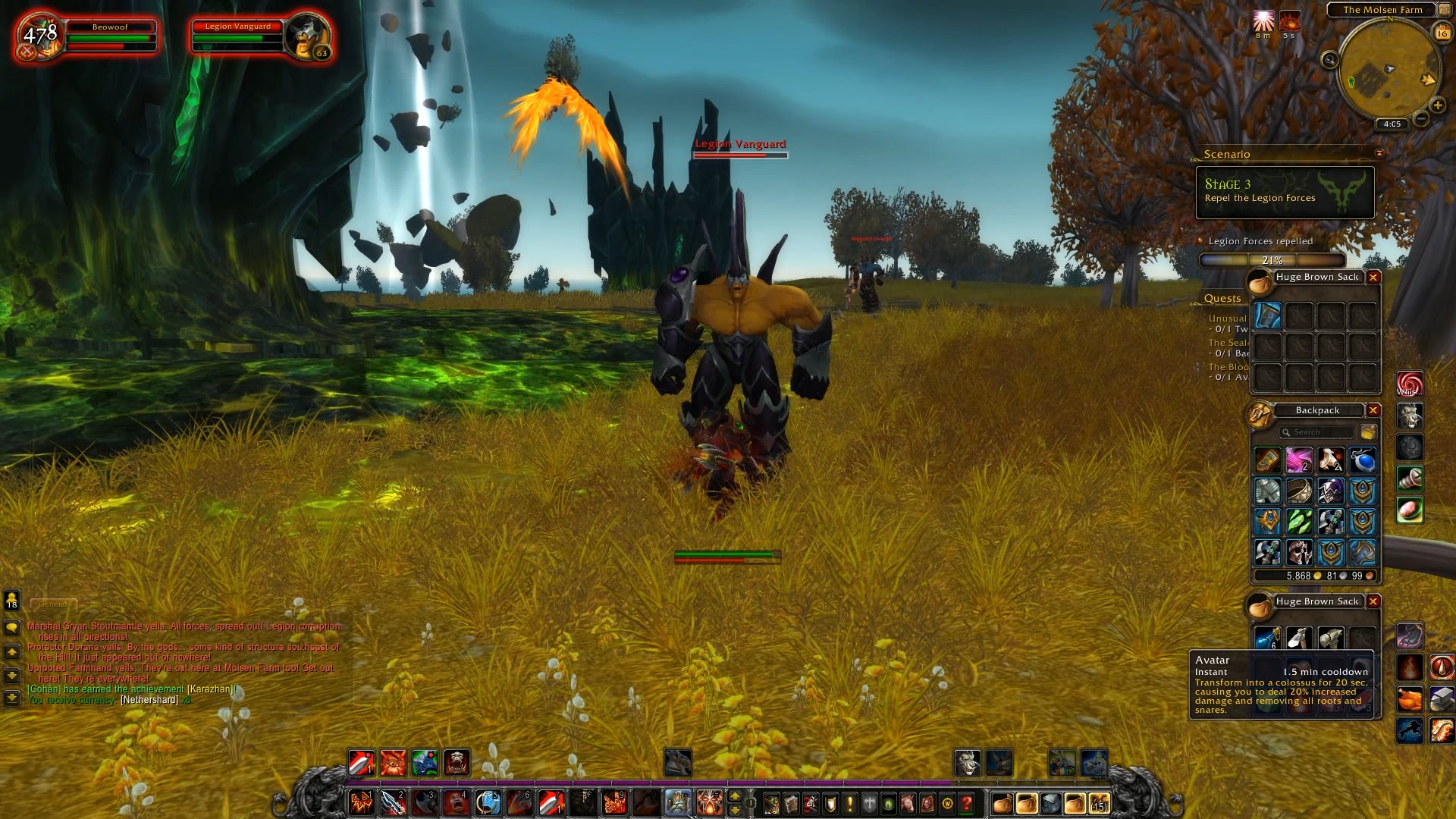 You can watch an entire invasion unfold in Westfall in the video atop this post. Mind the punny character name.

What's great about these pre-Legion events, now running across even more zones in two hour cycles, is that players of all level ranges and faction affiliation can play together. Thanks to Blizzard's new scaling tech, my level 63 Warrior has battled back-to-back with a level 100 Demon Hunter. In my eyes the enemy was a level 63 Elite. In my compatriots, it was a level 100 Elite. It's all a tricksy matter of fractions and ratios that's seamless to the player. I expect we'll be seeing much more of the mechanic in the future. 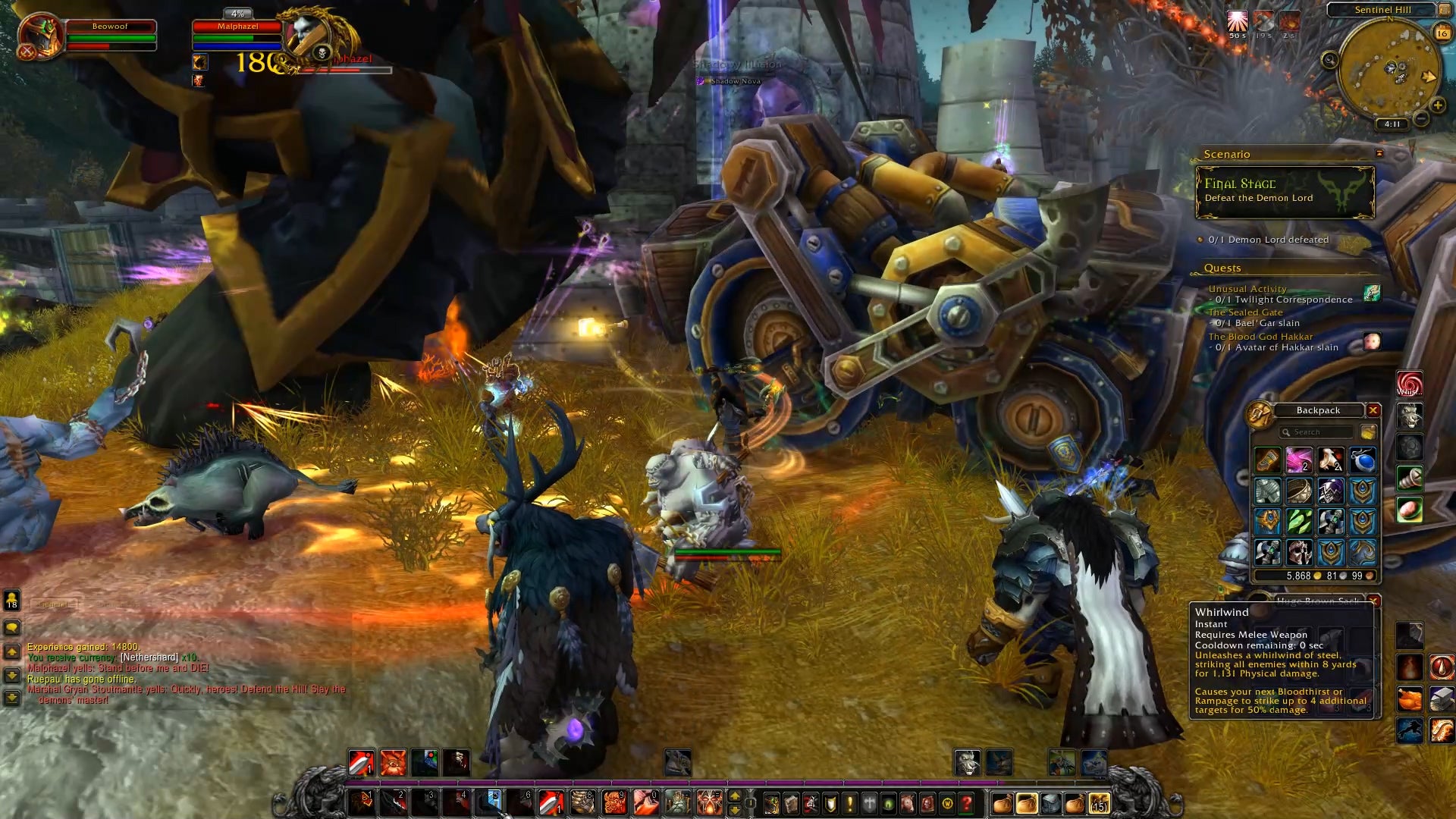 For a brief moment Horde and Alliance NPCs surrounding the invaded areas see all players as equals, Azerothians fighting towards a common goal. Linger too long following an invasion event at the back door to Orgrimmar as an Alliance character and you're so, so dead, but for that single shining moment (several times a day), we're united.