Here we go. Konami is making a new title called Metal Gear Survive. And you better believe the internet has opinions about it! [Image: IGN | YouTube]

What do people think of the debut trailer? As of writing, here are the YouTube clip's "likes" and "dislikes".

Ouch. Let's have a look at more opinions from around the internet: 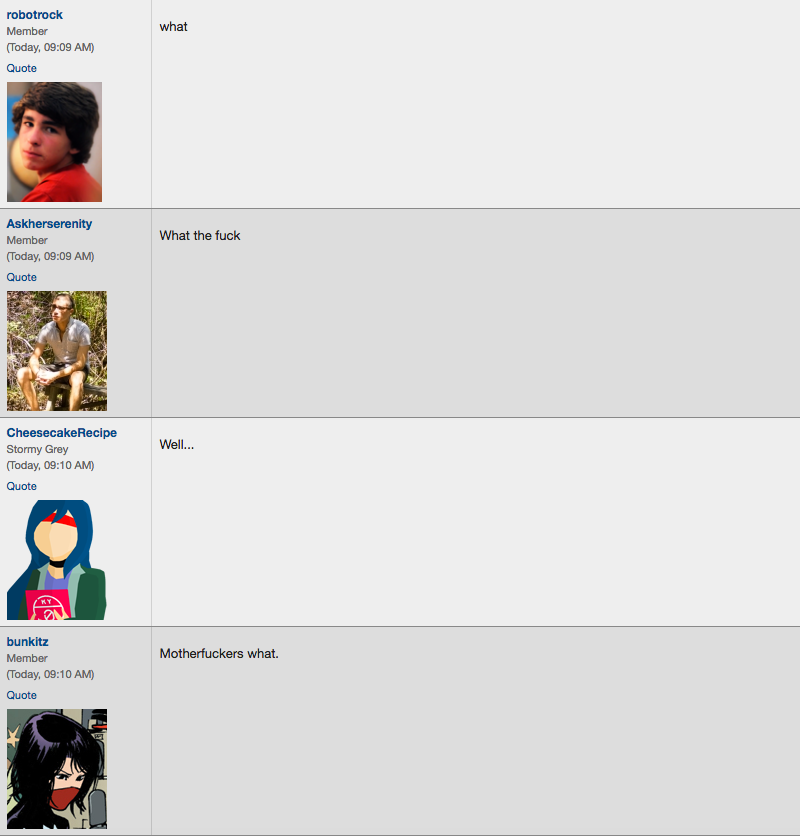 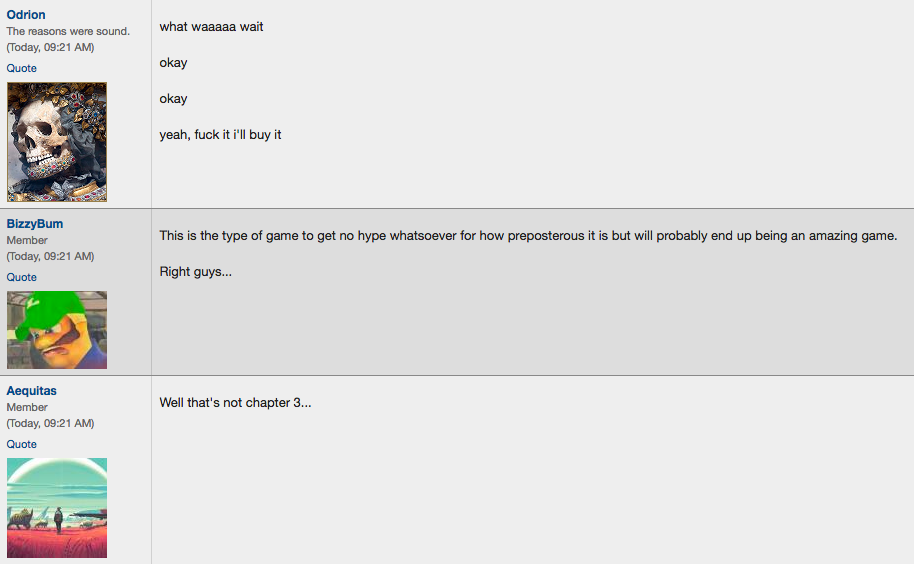 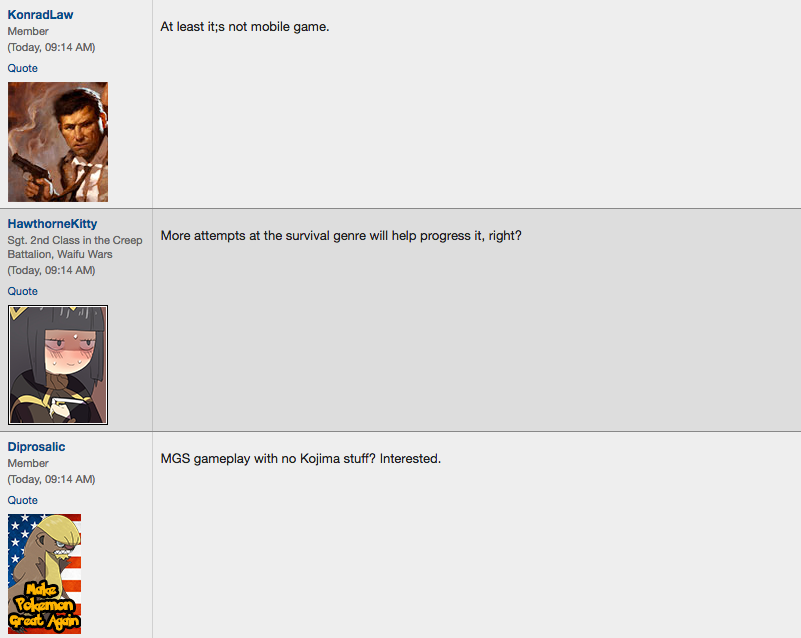 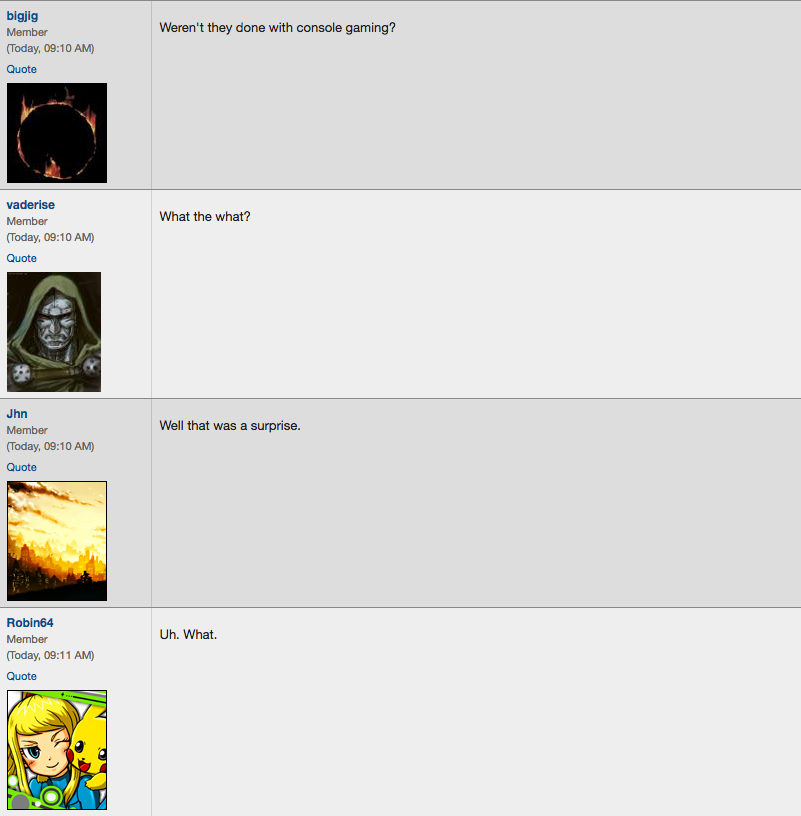 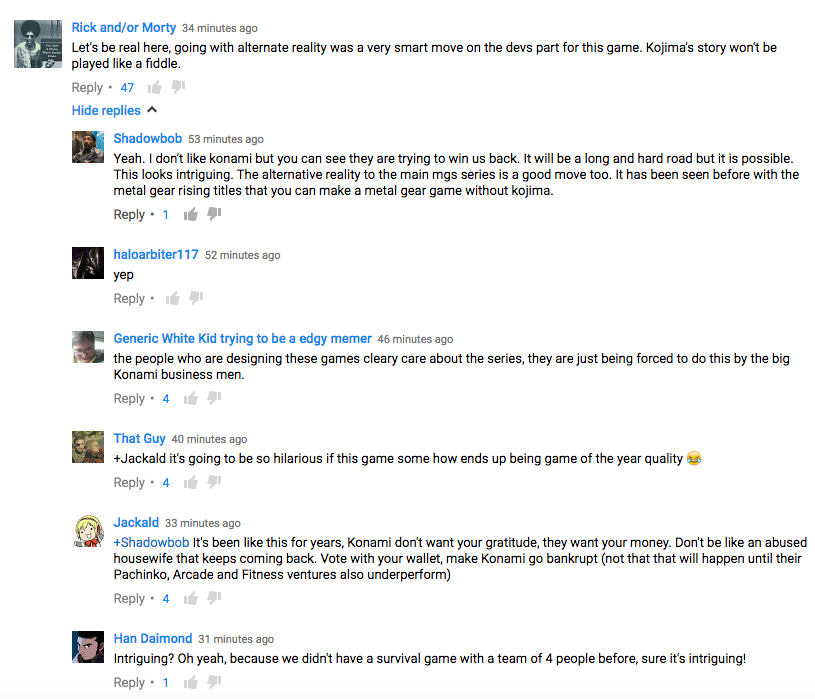 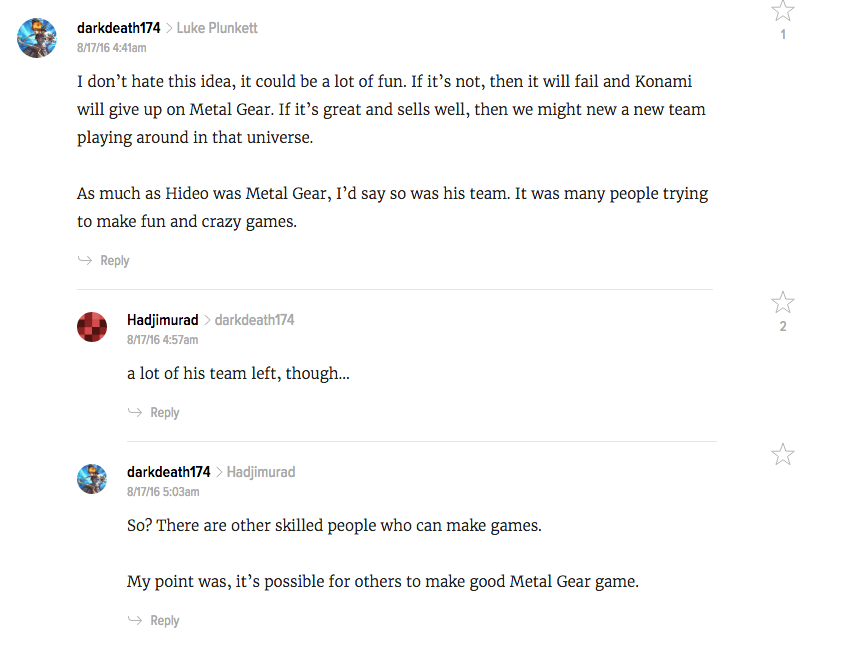 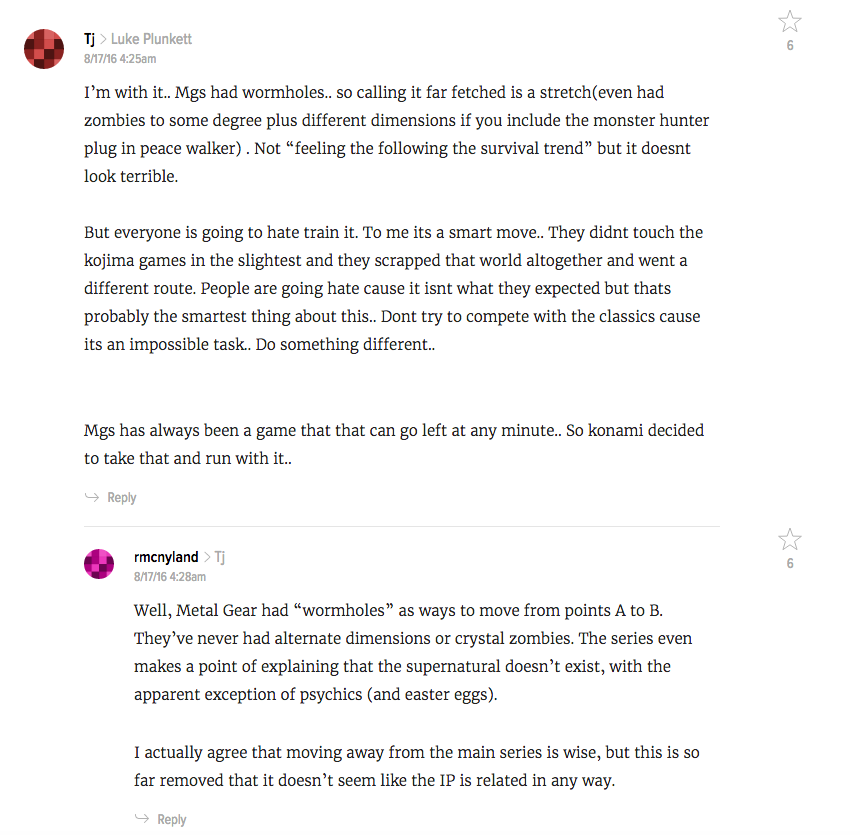 No one is interested in Metal Gear Solid: Umbrella Corps

Speechless about the new MGS revival game. Metal Gear Solid and Zombies ? Isn't it a bit... Weird ? #why ??? pic.twitter.com/6FFBKcVhJI

Pretty ballsy/tone-deaf of Konami to go forward with a new Metal Gear game so soon. 2017 release means Kojima probably knew of it, though.

Metal Gear Survive announced and it looks awesome! A great spin-off, hence no "Solid" in the title.

What's Konami's answer to their haters. A generic zombie game with the Metal Gear name attached.

Konami are SUCH GREAT HEELS

Give it a chance. Revengeance didn't feel like a Metal Gear game either.

Considering how awkward I felt just now watching that Metal Gear trailer, I can't even imagine how Hideo feels. Hope he's got some Pepto B

I like the concept of Metal Gear Survive. I think? But it trailer has absolutely none of the tone of MG. It’s about more than just daftness.

My condolences to all the Metal Gear Solid fans.

There's one reaction that is missing, and it belongs to Hideo Kojima.