Vita Exclusives Are My Favourite Part Of The PlayStation 4

I was two years late to the PlayStation 4 party. It’s always hard for me to justify buying a new console, especially one that’s marketed to more “hard-core” gamers. Luckily I’ve found plenty of gems to play with my lovely matte parallelogram.

While I’m finally down with the PS4 crowd, I’ve never touched a PlayStation Vita outside of a few store displays in Japan. They seem like solid handhelds, and I’m sure they’re great for JRPG fans, but there were only ever a handful of titles that looked even remotely interesting to me. As a die-hard Nintendo fan I’m no stranger to the world of exclusive titles, though The Big N is pretty much the king of first party essentials.

Mario, Zelda, Pokemon, Pikmin and more – a solid seven of my all-time top ten games are Nintendo exclusives. There’s plenty of creative charm found all over the gaming universe, but Nintendo (usually) finds a way to build the kind of worlds and adventures that pull me in. Nothing I’ve played on other systems has ever hit the highs I always seem to find in Nintendo’s best offerings. It’s a personal taste. A very simple and cheery taste.

Turns out the Vita was also housing some of this exclusive magic.

I never would have known this, had it not been for the higher-ups at Sony deciding to port two of the Vita’s best titles over to the PS4 this past year. I’m glad they did. When I made the jump to PS4 I already had a list of games that I wanted to pick-up on day one. The first on that list was Tearaway: Unfolded. 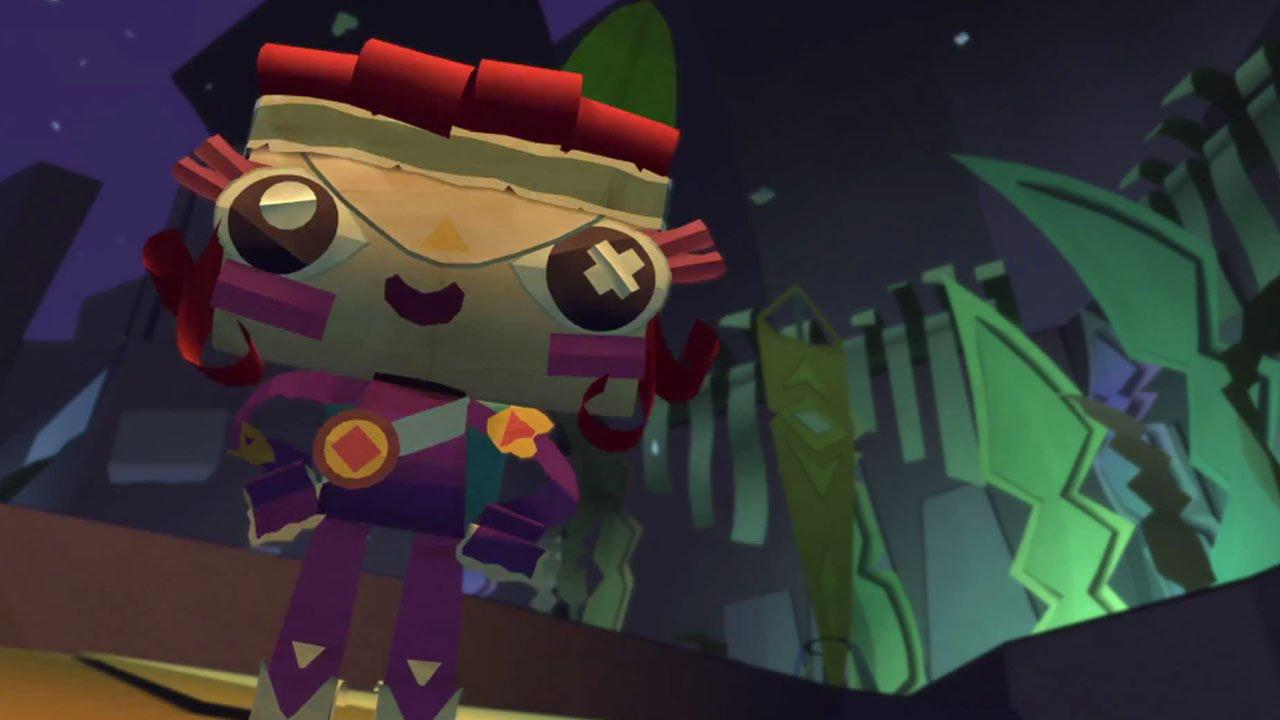 Unfolded is a 3D platformer from Media Molecule, the developers known for creating the LittleBigPlanet series for the PlayStation 3. Players guide a customisable character through a world made of origami enemies and backdrops, crafting new aspects as they move the games story forward. It’s a game I thought I would like, but I never intended to become so enamoured with it.

The personal touches and strange world interaction are really what sets Unfolded apart from most other games. The character you control and the games narrators are both aware of your presence as an all powerful being. In fact, the games baddies are essentially attempting to break out of the paper world and into ours. It’s a surreal bit of humour that really sells you on your role as a guardian of the crafty world inside your television.

When it comes to creative controls and subtle player contribution, Unfolded can’t be beat. With a simple swipe players can make the wind blow or chuck an acorn at an enraged enemy using the often underutilised PS4 touch pad. Players are also prompted through out the game to draw simple designs for basic elements such as snow flakes or crowns. It may seem like a minuscule addition, but when a blizzard sets in and you notice it’s made of snowflakes you designed or the squirrel king dons your crown, it’s hard not to smile. In fact I don’t think I’ve ever played a game that made me smile as much as Unfolded.

It’s not a very difficult game, but it’s certainly the most creative title I’ve ever had the chance to play. The original Tearaway was apparently even more interactive, taking advantage of the Vita’s touch screen and camera to add even more personal flair to the game’s handmade universe. Maybe I’ll get to play it someday.

Anyone have a Vita I can borrow? 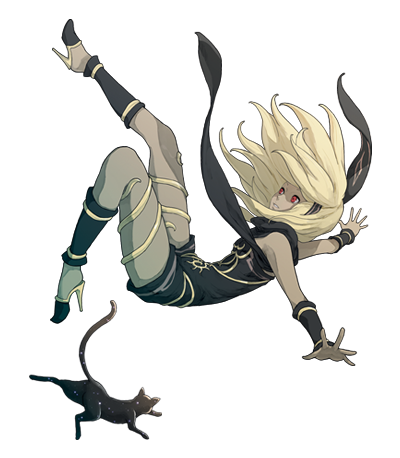 While attending E3 this last June I found myself with no plans during the shows final few hours. Too late to jump in line for a “must see” title, I wandered over to the PlayStation area and saw that Gravity Rush 2 had a few set-ups free. Gravity Rush was a game I had always wanted to try, but could never be sure I would really enjoy. After fiddling with the controls of Gravity Rush 2 I finally got the hang of Kat’s gravity shifting powers and played through the demo a few more times for good measure.

After my time with the sequel I jumped on Amazon and immediately ordered Gravity Rush Remastered. If it was half as fun as the demo I had just played it would be a game worth owning. A few days later I booted up Remastered in my PS4, praying that it looked and handled just like it’s upcoming successor. It did.

Gravity Rush is game that follows Kat, a woman who has no memory of who she is or how she came to be in the floating city of Hekseville. Upon discovering her gravity bending abilities she sets out to help the often ungrateful people of this fractured world destroy the villains who are tormenting them and find the friends they lost when parts of their cities fell into an alternate dimension. 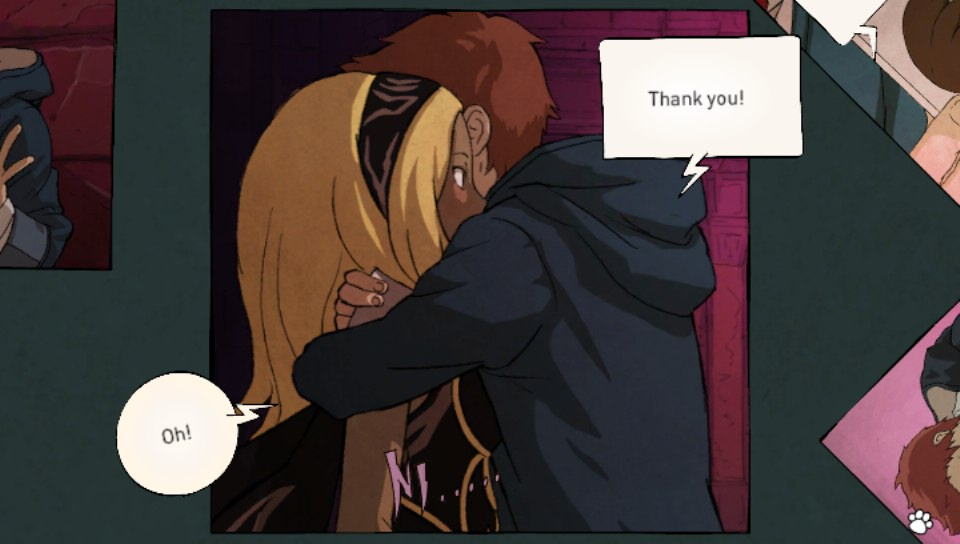 The game takes a comic book approach to story telling, with individual panels and speech bubbles popping up during cutscenes and key moments. It works well, and adds a super hero layer to the games overarching themes. Kat’s powers are certainly super, and the freedom the games gives you when flying about the city with your powers is exhilarating.

There are secrets hidden throughout each city. Due to Kat’s ability to land and momentarily walk on any surface the games designers decided to hide gems and other collectable in places you might not normally think to look, like sides of buildings and bottoms of giant structures. Players could spend hours just exploring the game’s open world and they would likely still miss some of the games collectables and obscure locations.

Gravity Rush’s controls definitely have a learning curve, but they’re so fluid and well conceived that most players will find themselves mastering the basics in minutes. When it comes to using Kat’s skills the sky is literally the limit. Her fighting mechanics are focused on kicking and her gravitational abilities, all essential in her battle with the Nevi (the titles main bad guy hoard). Fights can be repetitive if players just want to mash the same attacks over and over, but I’ve found that mixing up maneuvers is the key to satisfying butt kicking. Well, eye kicking… the Nevi don’t really have butts. 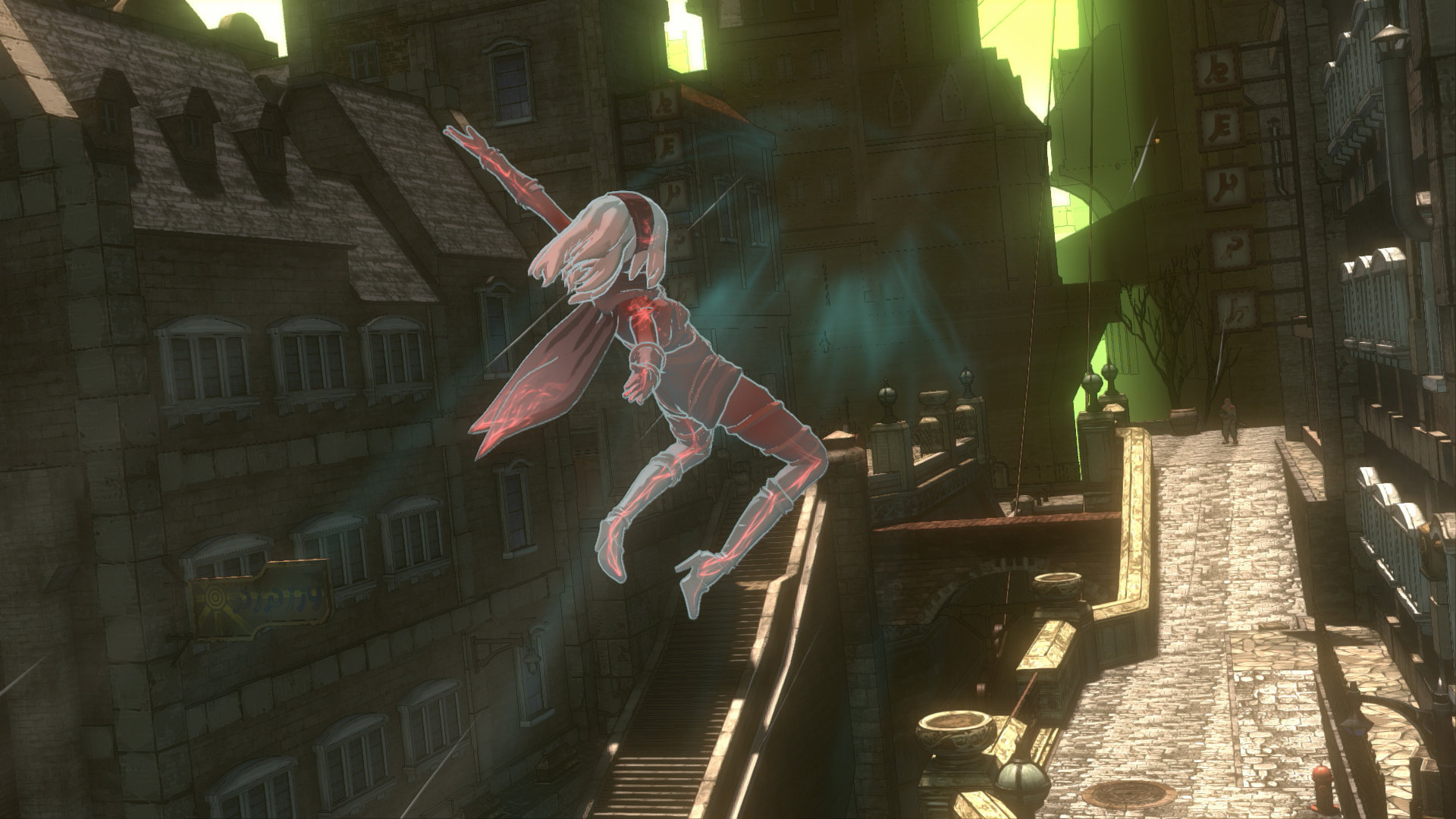 When others have asked me to describe Gravity Rush I always tell them this – It’s as if Studio Ghibli made Mario Galaxy. It’s has beautiful art direction and musical scores coupled with dizzying gravity gameplay. It’s truly a phenomenal game.

If you’re in the need of two very different, yet very well designed adventures I can’t recommend these two titles enough. It’s a good thing they were green lit to make the move to home consoles. Otherwise a chunk of the PlayStaiton fan base may have missed out on some of the Vita’s best offerings.

Clearly the PlayStation 4 and Vita have more games to offer than these two titles I’ve fallen in love with. I’ve spent endless hours on games like Uncharted, OverWatch and Abzu. In fact, there are dozens and dozens of fantastic games to discover on just about any system. The key is to keep trying new titles and expanding your gaming horizons. You never know what gems you might overlook.