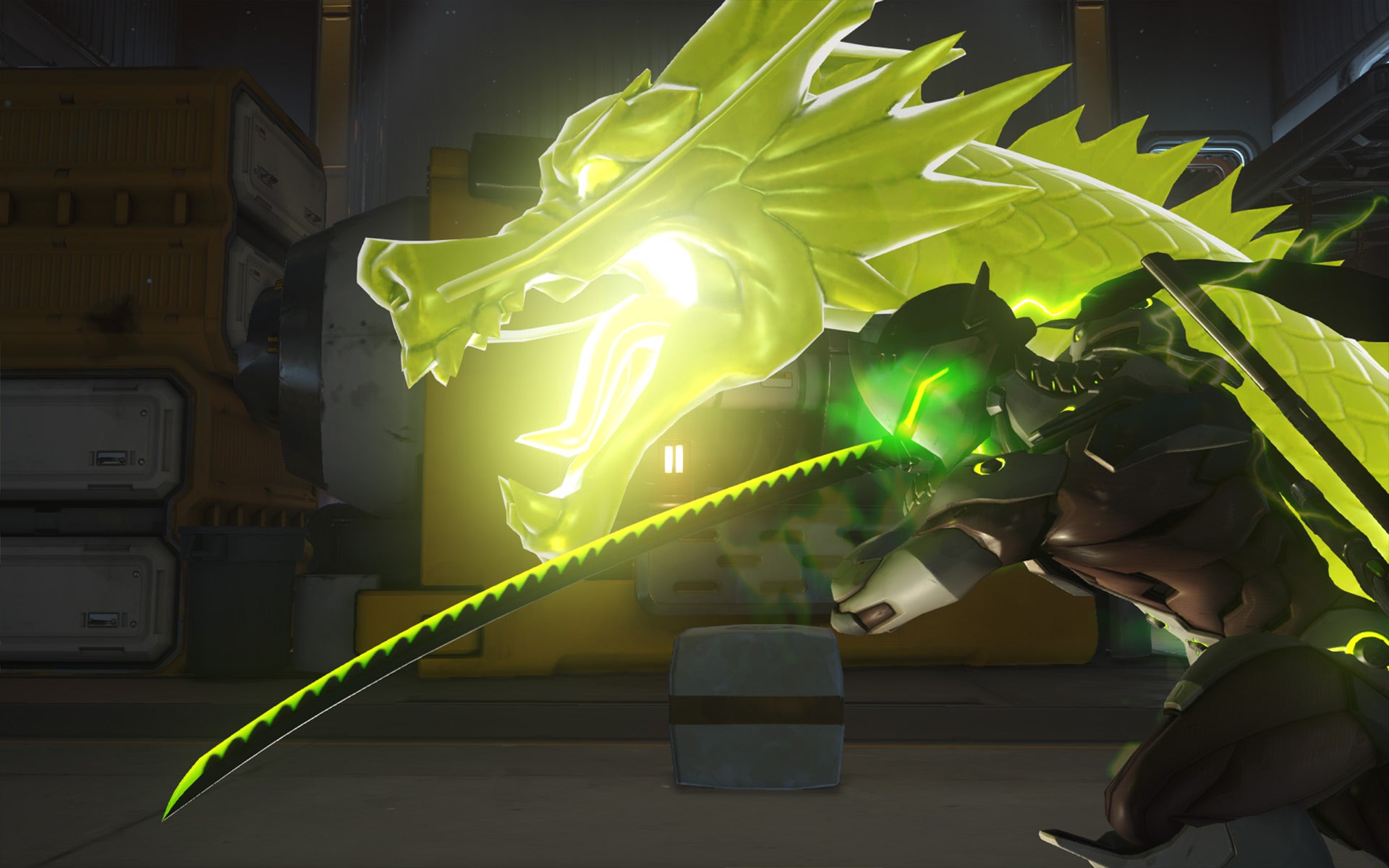 Some relatively minor tweaks aside, Overwatch's cyborg ninja dragon blender Genji hasn't changed much since launch. Over the past few weeks, though, I've come across dozens of threads begging Blizzard to nerf Genji so hard he starts throwing rubber ducks instead of ninja stars. What happened? In hero-based games like Overwatch, there's always a "nerf so-and-so" flavour of the week. Genji is a strange case in that no particular change to his skill set prompted it. Rather, the game around him shifted slightly, and Genji became a hard-charging staple of Overwatch matches, especially at high levels of play. He's super speedy and mobile, does tremendous damage at close and mid-range, and is harder to hit than ever thanks to recent hitbox changes. Oh, and he can deflect everything from bullets to mechs to emotionally hurtful words, the most powerful weapon of all.

Here's just a small sampling of the sorts of complaints I've been seeing:

So then, why is this happening now? Basically, there were more pressing balance concerns in Overwatch's early days. Many of them were named McCree. However, McCree, with his stuns and show-stopping mid-range damage, used to be a good counter to Genji. These days, a decent Genji player can dance circles around him.

Genji, meanwhile, is a tough nut to crack, so people didn't initially see just how strong and versatile he could be. Now, though, he's everywhere in high and mid-level matches, and many strategies centre around him. Whichever team does a better job of supporting their Genji and giving an all-important Ana boost to his nigh-unstoppable ult has a good chance of taking the whole thing. May the best Genji win.

Frankly, though, Genji isn't that much of an issue for players who aren't that high on the skill rating totem poll, because he's not easy to play. You still see him around, but he's about as threatening as any other hero, as opposed to being a sword tornado that occasionally touches down and steals your whole entire family. Despite the number of players speaking up about Genji, we're still likely talking about a vocal minority.

To nerf or not to nerf, that is the question (followed shortly by 40 furiously scrawled all-caps answers). The argument for: He's too versatile, strong and acrobatic. His damage and ult should be knocked down a peg, or he should be squishier/slower.

A good video on the subject, courtesy of Overwatch Central.

The argument against: He's fine and he's always been fine, but people are having trouble countering really good Genjis right now, because this is all so new. The meta will evolve again, that line of thinking goes, and the problem will solve itself. Once upon a time, everybody was tearing their hair out over turrets. Now, though, most players are pretty adept at countering them, so the frustration factor's dropped significantly. Many figure something similar will happen with Genji, especially as he becomes a nearly ubiquitous pick.

The other problem with nerfing Genji is that he's important for countering heroes who cause low level players trouble (turrets and snipers), but he's already tough for them to play. Turning him into an even less attractive proposition could leave some new players feeling frustrated and directionless. Blizzard absolutely doesn't want to do that.

The solution, then, seems to lie in the creation of more viable counters to Genji's new/old-found strength. Why nerf Genji, who's about where he needs to be, when you can buff other characters? A big possibility is Mei, who's already in line for a buff, and who could potentially slow Genji down during his blinding-fast rampages. I've also heard some people suggest Winston, who's quite a rampager in his own right, and whose lightning gun could keep up with a certain tiny man who's fast as lightning.

While I was writing this article, the patch notes for Overwatch's next public test dropped. This is all subject to change before the patch goes live on the game's main servers, but Blizzard's attempting to take Genji down a peg. His ult now lasts six seconds instead of eight, he can't immediately dash after melee attacks, and his double-jump can no longer be used in conjunction with his dash. So basically, he's far less mobile now. Will these changes stick? Or will they leave Genji lying in a mangled pile of scrap and busted Naruto headbands? We'll find out in the next few days.