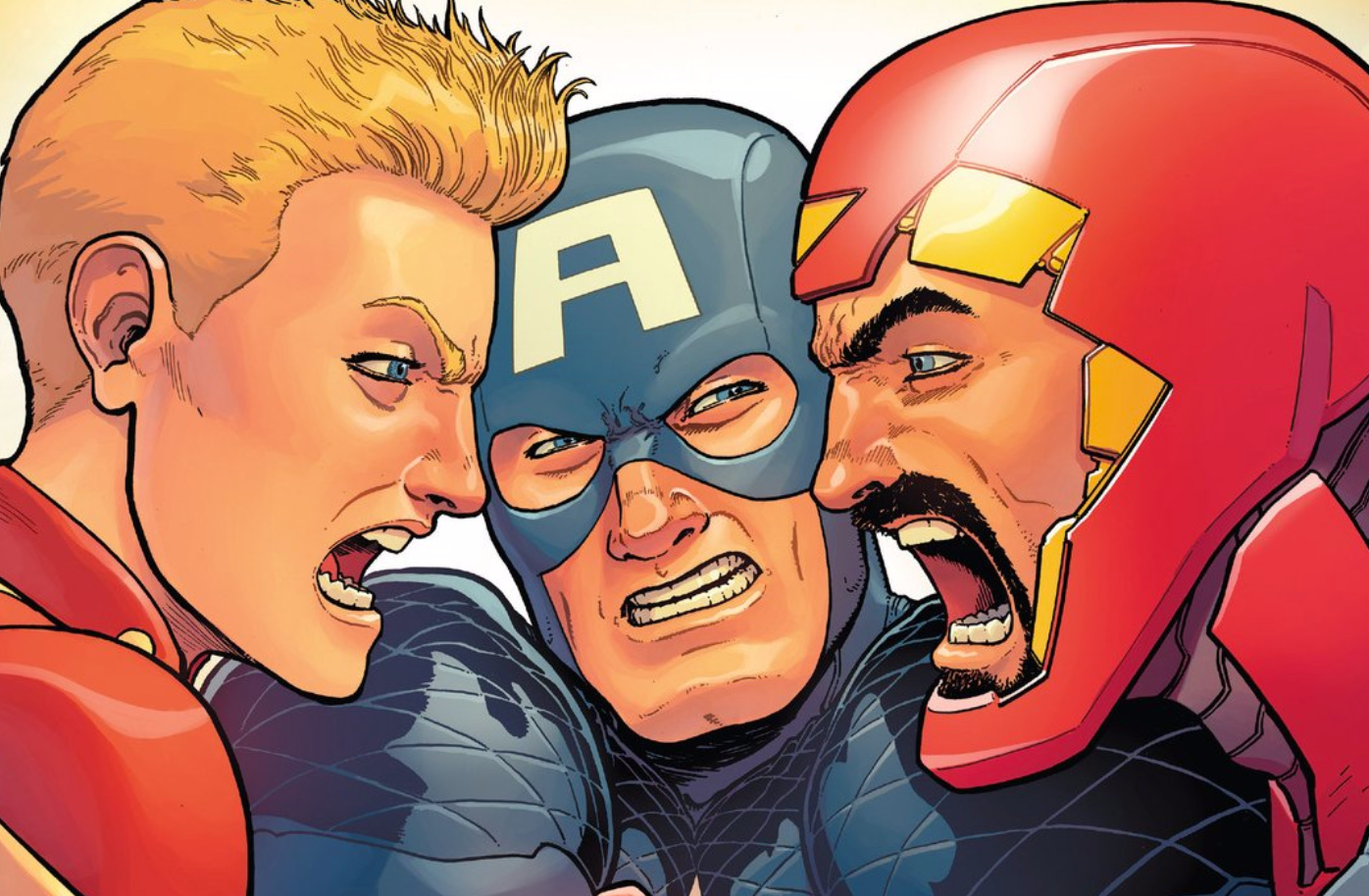 Steve Rogers is a whole lot more than just saying Hail Hydra and taking orders from the Red Skull. He's got plans. Straight-up evil plans. Ever since a new storyline cosmically changed his backstory, the original Captain America has been working as a sleeper agent for evil terrorist organisation Hydra. Rogers has been shown kneeling and taking orders from his lifelong archenemy The Red Skull, who's been in charge of Hydra for a little while. 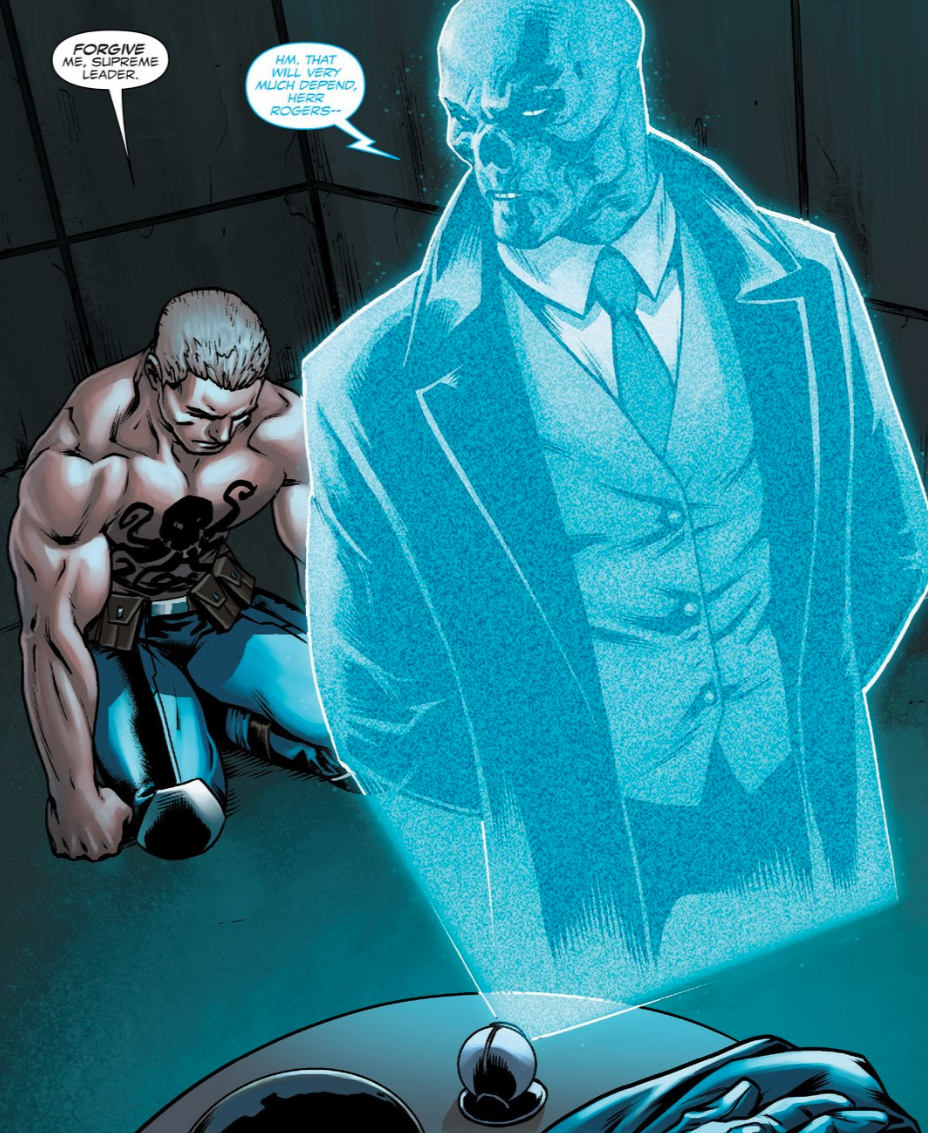 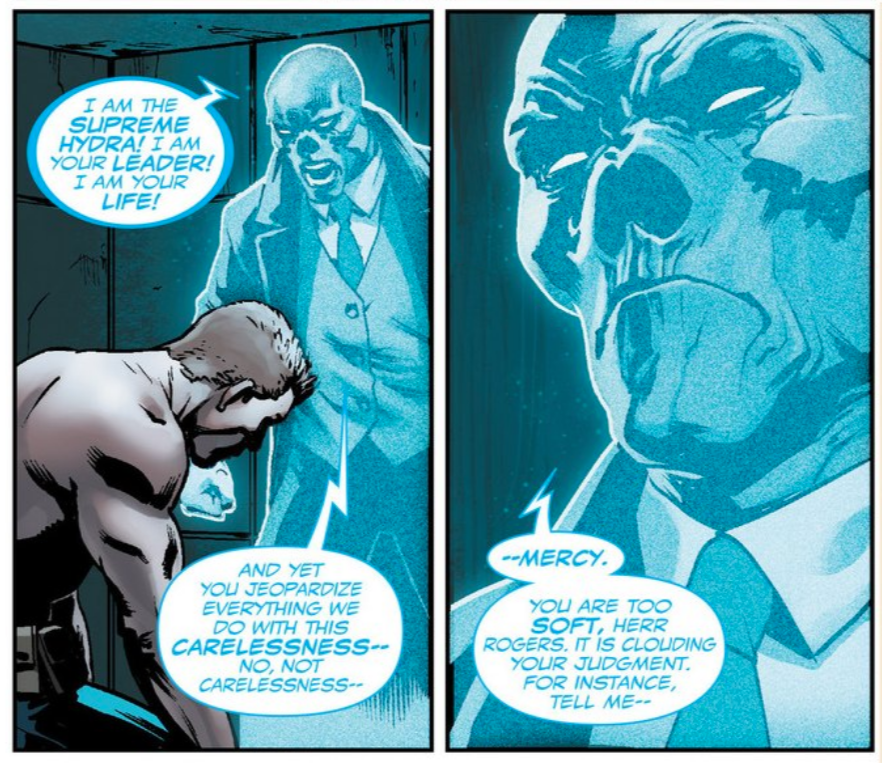 The Skull issued orders for the Sentinel of Liberty to kill Dr Erik Selvig, the man who worked on the experiments that turned Cosmic Cube fragments into an impossibly powerful four-year-old girl named Kobik. When the end of that issue revealed that Rogers didn't kill Selvig, the subtext was that maybe Steve wasn't all bad and would soon return to form. But this week's Captain America: Steve Rogers #4 makes it seem like that's probably not happening for a while. 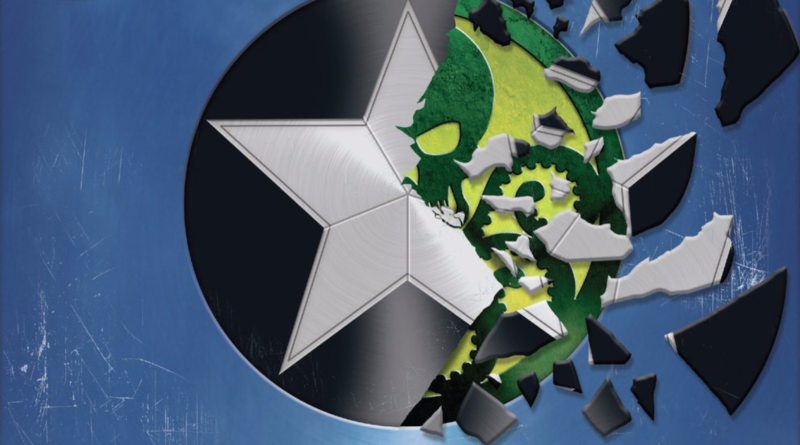 Written by Nick Spencer with art by Javier Pina, Miguel Sepulveda, Rachelle Rosenberg and Joe Caramagna, Captain America: Steve Rogers #4 reveals that Steve spared Selvig's life not out of mercy but to further his own agenda. That agenda requires a secret location for Selvig to live and work and a quick flashback shows Steve evicting Communist-relic Red Ghost from his lab in extremely violent fashion. 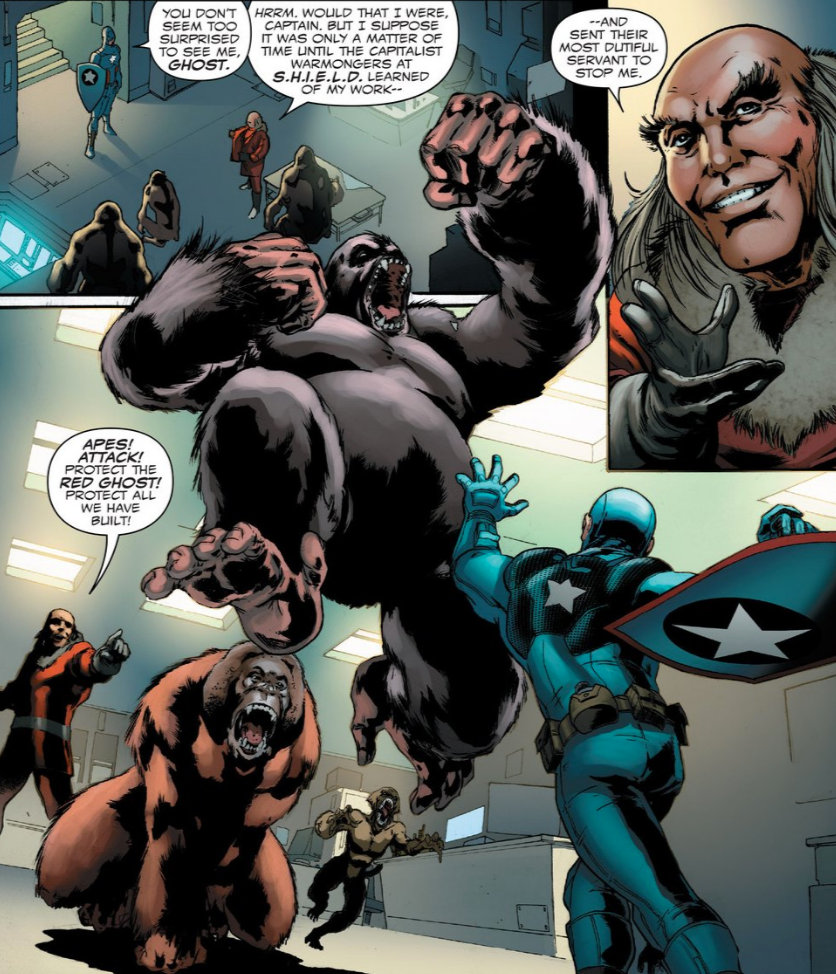 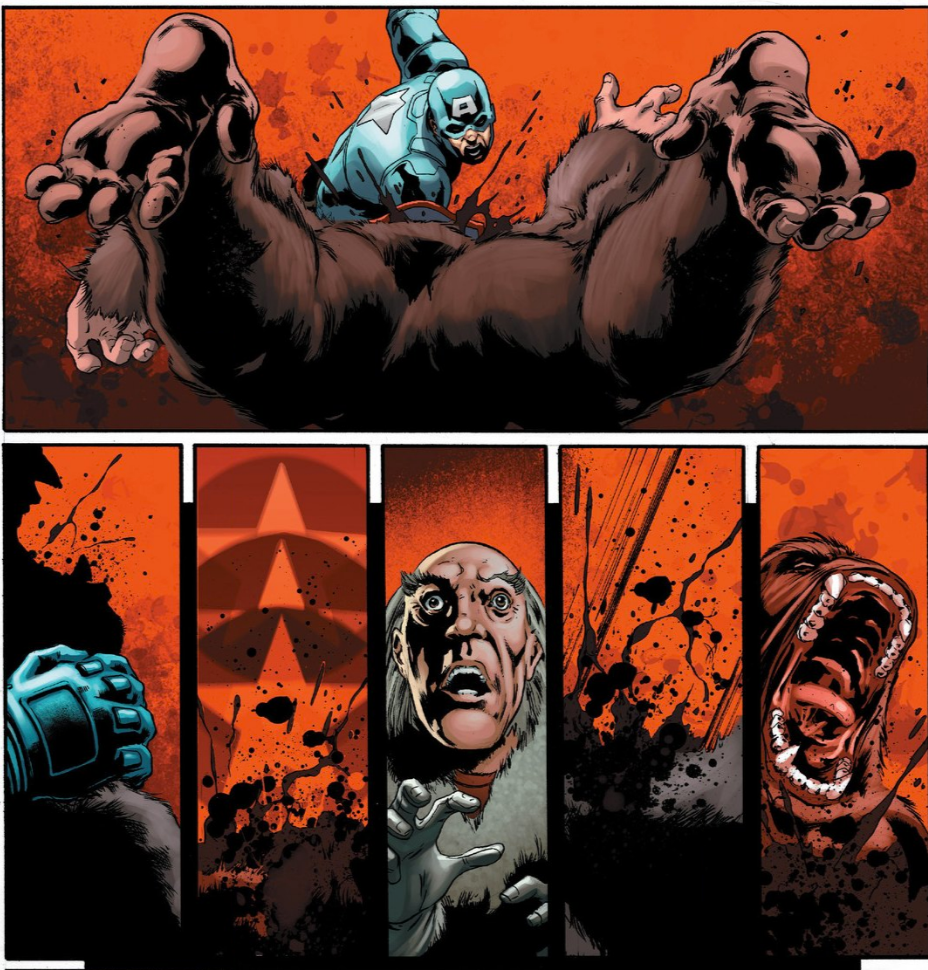 Even after all that brutality, The Red Ghost thinks that this encounter will go like others before it, with him being left to lick his wounds. 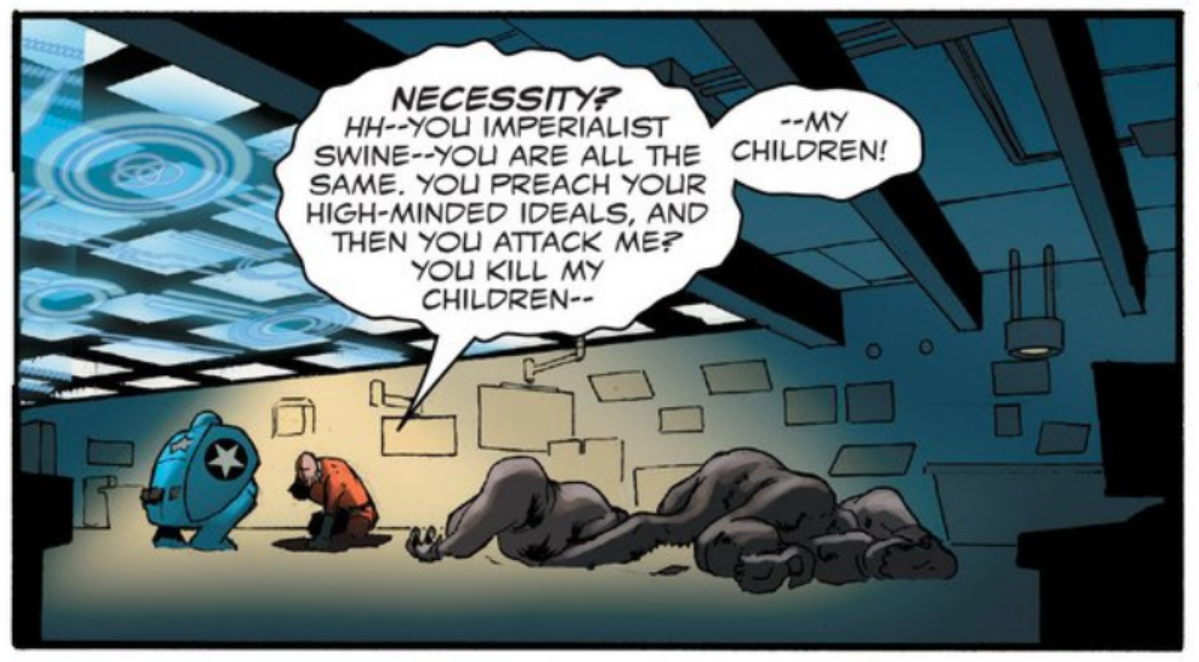 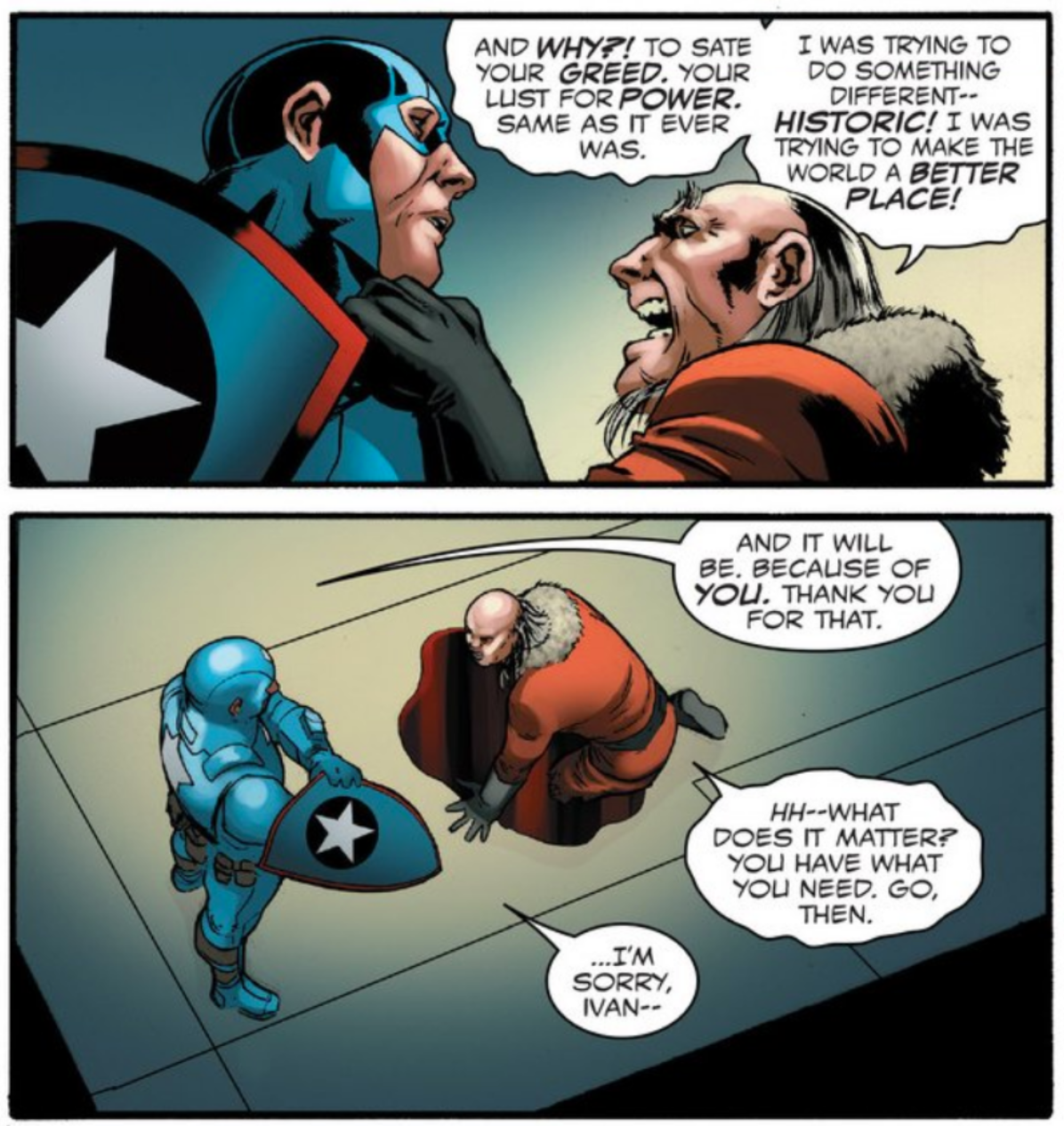 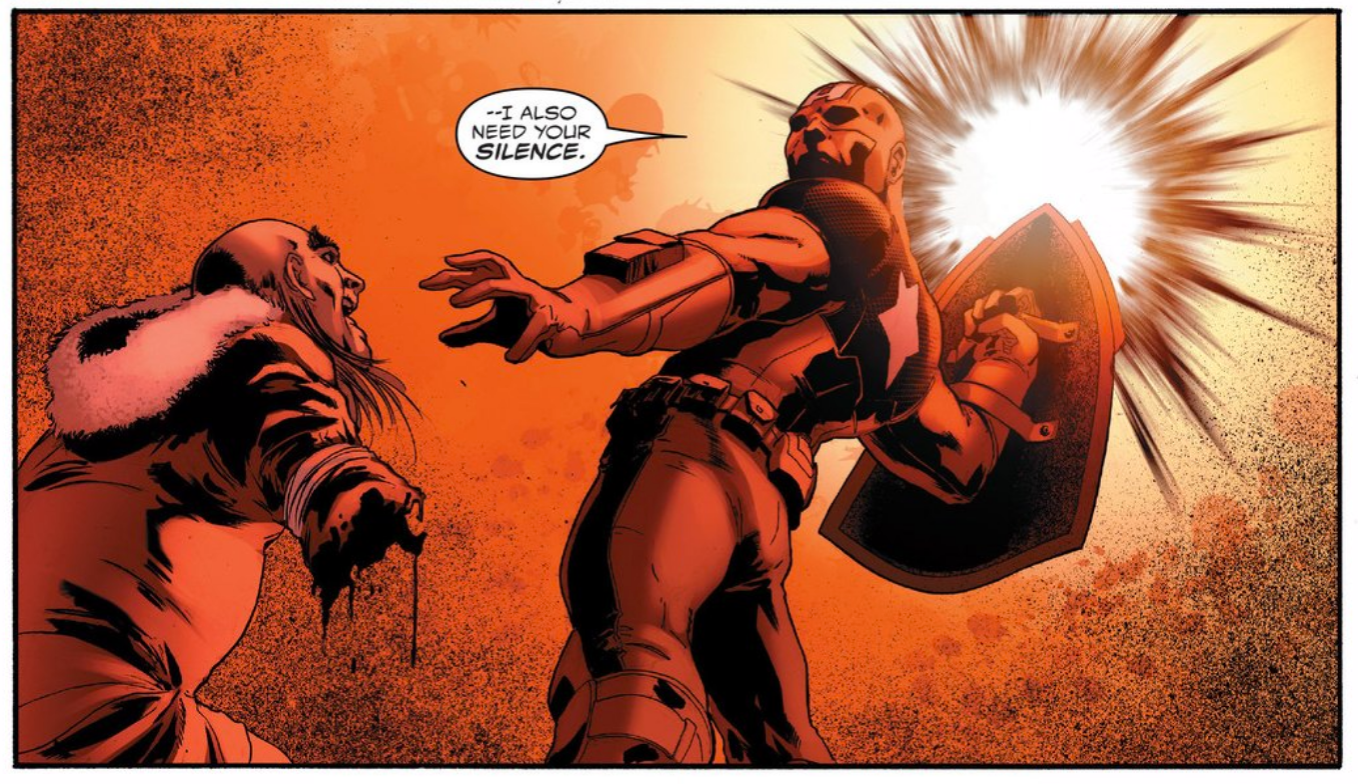 (Note that the Red Ghost's death is implied but not shown on the page.) Later on in the issue, Steve tells Selvig that he's working toward a larger goal, the total global supremacy of Hydra. 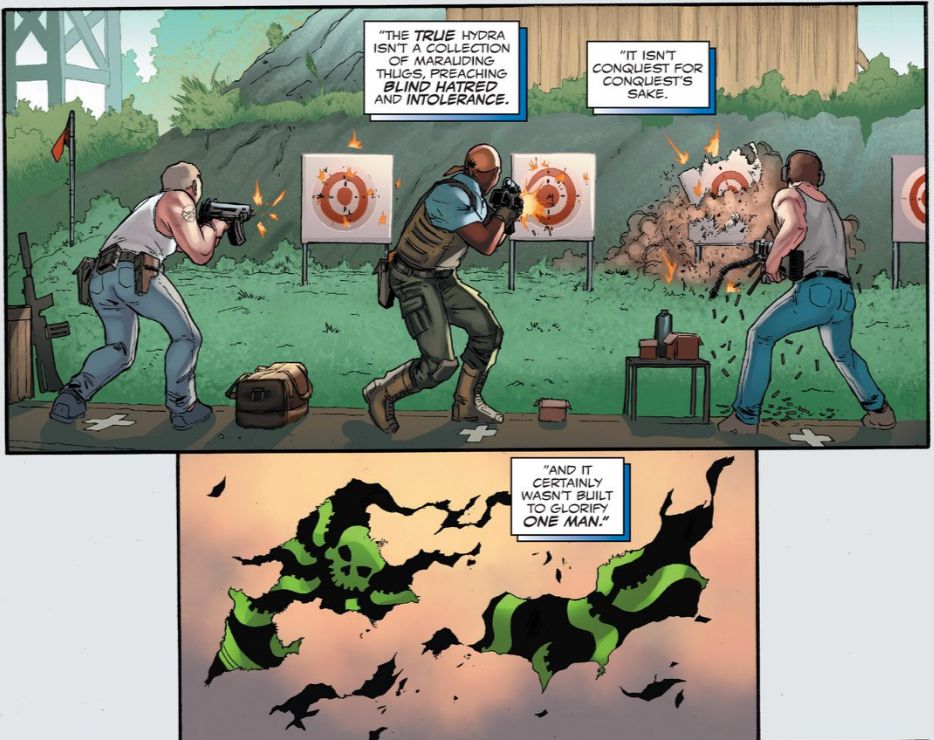 But he needs to get rid of the organisation's current chief executive. 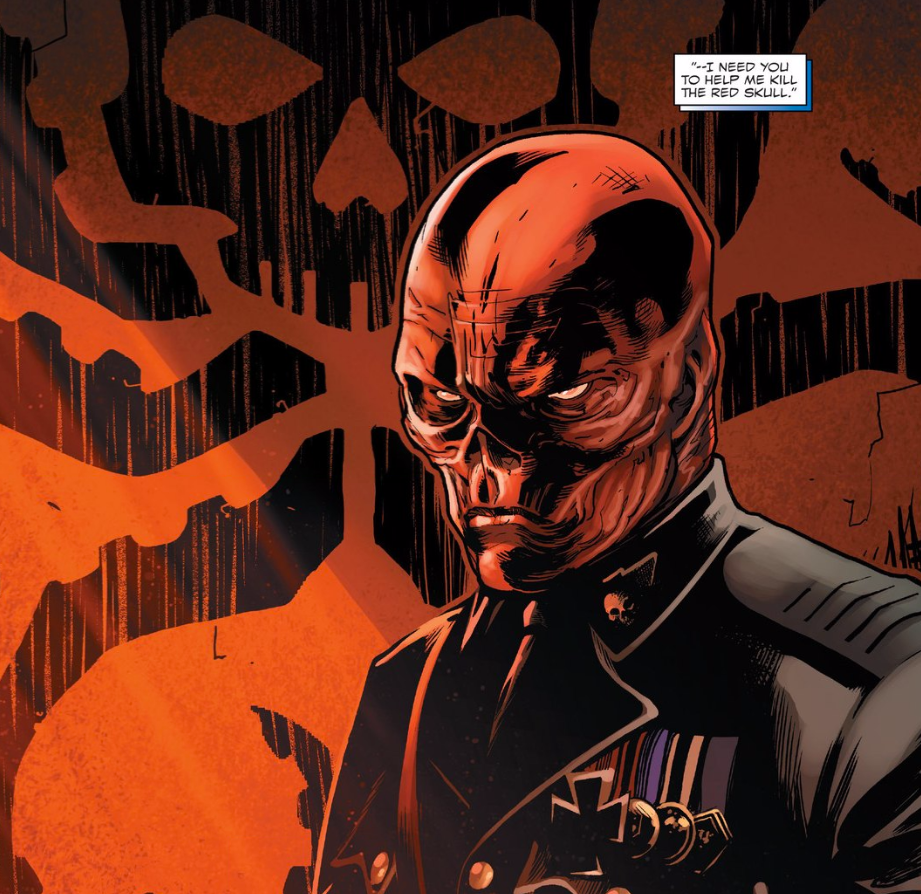 The goal set forth in this issue dangles a tantalising possibility for Steve Rogers' future: He might actually kill the Red Skull. Superhero comics are rife with long-running blood feuds that don't end because of heroes' vows not to kill, like Batman's never-ending dance with the Joker. But Steve Rogers stands apart from other superheroes just a little bit because he's someone who was on the field of battle. Over the years, writers have gone back and forth over whether he killed anyone in World War II but Steve has at the very least acknowledged that he fought for a nation responsible for others' deaths.

Now, we've got an original Captain America with a different collection of moral limiters and dedicated to a more chilling set of ideals. Rogers still has the goodwill of his unsuspecting superhero peers; who would object if a climactic battle ended with Johann Schmidt dead at the elder Captain America's hands. It's an opportunity to break another longstanding tenet of the character's mythos, pushing him to a place that thematically gestures at the gap between exceptionalist belief and actual practice. Steve Rogers is a bad guy now and bad guys kill. The death of the Red Skull at his hands almost seems a matter of when, not if.