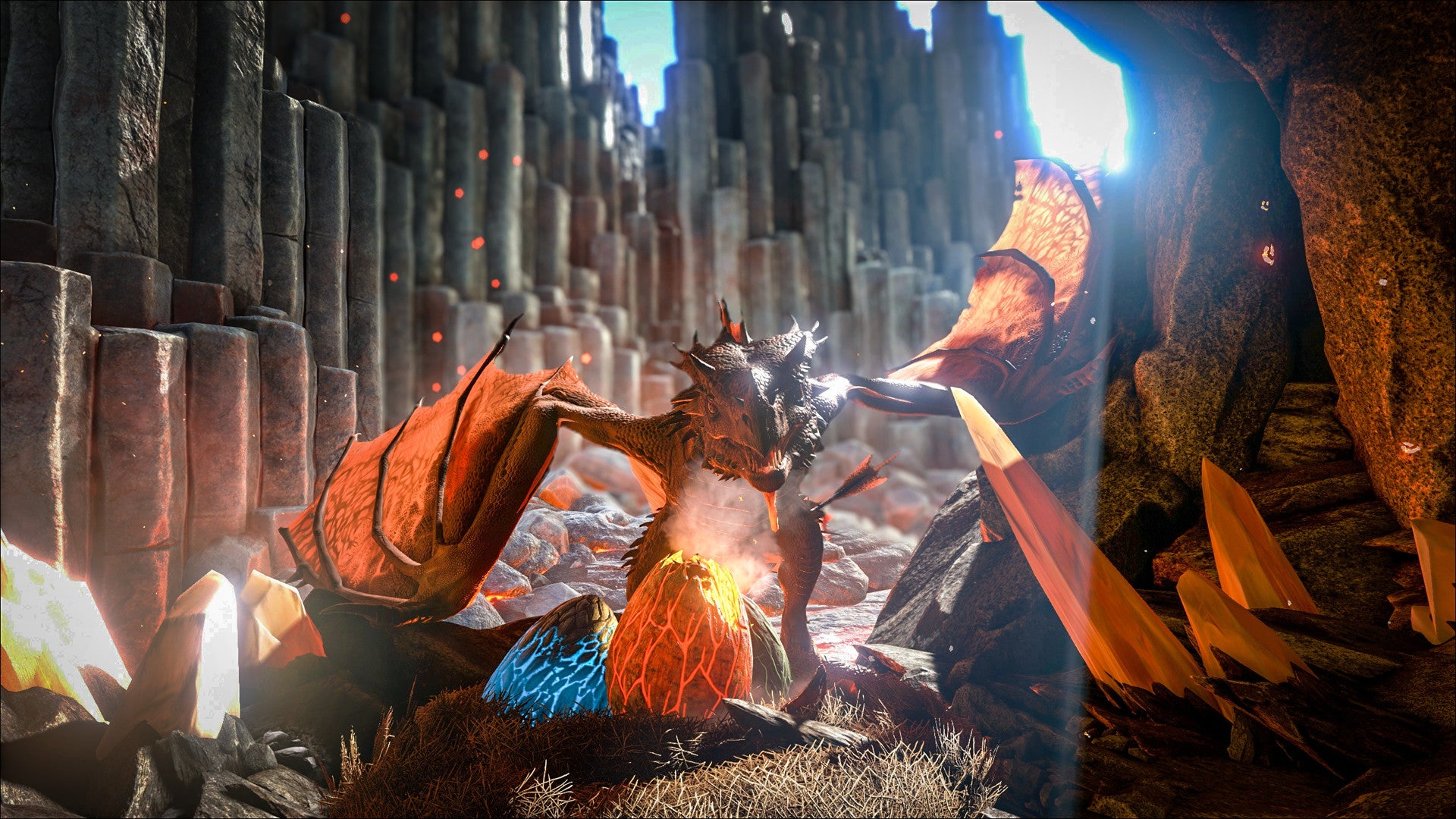 Dinosaur survival playground Ark: Survival Evolved is one of the most popular games on Steam, regularly ranking among the top 10 most-played games on the whole service. Despite this, it's still very much an Early Access game, something players are worried developer Wildcard is forgetting. Yesterday, Wildcard released paid DLC for their dinosaur sensation. Titled Scorched Earth, it's an entire new world composed of six desert-themed biomes. It has new creatures, items and some seriously harsh conditions for players to overcome. Basically, it's Jurassic Park meets Mad Max, and also there be dragons. Problem: It costs $US20 ($26). Some players are very unhappy happy about this.

Ark is an Early Access game, and while it's already quite a generous offering, it's still in need of bug fixes, optimisation and promised features. People take a look at something like Scorched Earth — which costs money and could've taken resources away from finishing the main game — and suddenly those T-Rex-sized holes start looking a lot more conspicuous. Make no mistake, though: A lot of this comes down to money. Wildcard previously released two other expansion-sized DLC packs for Ark. The difference is, they were a) official versions of community mods and b) free. This kind of outcry? It was much, much quieter.

Still, the situation's a unique one in a few different ways. For one, while people are kicking and flailing about The Principle Of The Thing, a whole lot of them seem to dig The Thing Itself. The DLC's cumulative Steam rating is "very positive", and many people admit that it's gotten blood pumping in the Ark chamber of their heart again. I've even seen a handful admit that, yeah, $US20 ($26) is probably the right price, especially given that Ark has already given them hundreds or even thousands of hours of entertainment. For those people, the DLC is practically a bargain. It's not entirely surprising, then, that Scorched Earth is currently one of the top-selling items on Steam.

Others, however, see this situation as a continuation of an unsettling trend in Ark's development. Initially, it was one of those rare games that did Early Access "right" with frequent updates and community involvement, but it's since branched off in unexpected directions with things like the combat-focused Ark: Survival of the Fittest and now Scorched Earth. At this point, some are finding it hard to pin down where Wildcard's priorities lie, and they wish Wildcard would have saved all this extraneous stuff for after the game's launch. They also don't love that you can bring powerful creatures from the DLC back to Ark's main island. In a roundabout way, some players claim, there's a pay-to-win element to it.

Still though, you have to consider the position Ark's developers are in. The broader Early Access ecosystem has evolved into a strange, tangled web of double standards. Players say they want Early Access development that proceeds in a straightforward fashion until the game is "done", but they don't always act that way. They demand new content that's not just More Of The Same to sustain their interest, and developers feel obligated to deliver because they don't want their games to putter out before even crossing the finish line. They are very literally servicing a live game and completing an unfinished game — or at least, they're fielding both sets of expectations. It's a near-impossible balance to strike, because those expectations are so often at odds.

I've reached out to Wildcard for their response to this situation, but they have yet to respond.

Our original vision for ARK always included the creation of Expansion ARKs, along with the infrastructure and technical systems to transfer data dynamically between live ARKs. We determined that it is more sound to iterate on these systems during Early Access than after retail launch, given the significant risks involved if we didn’t ‘get it right.’ While that meant unveiling the first Expansion early, it also means an easier time integrating further post-launch Expansions into the ARK network.
We understand that this isn’t everyone’s cup of tea, and we appreciate the enjoyment people seem to be getting out of this initial view of how Expansion ARKs can work. Now that we have the systems in place to support them, we can ensure minimal integration issues with subsequent releases after ARK: Survival Evolved itself has launched.

They also noted that promised features like procedural Arks and a new breeding phase will be in the game within the next few months.

Players seem to be responding with cautious optimism, though it’s contingent on whether Wildcard delivers its new roadmap in a timely fashion. Some have pointed out that a handful of the features Wildcard mentioned in this update were originally slated to be implemented much earlier, so that’s not exactly a good sign.

Scorched Earth, however, continues to do supremely well. It was the best-selling game on Steam all weekend.