Battlerite, As Told By Steam Reviews 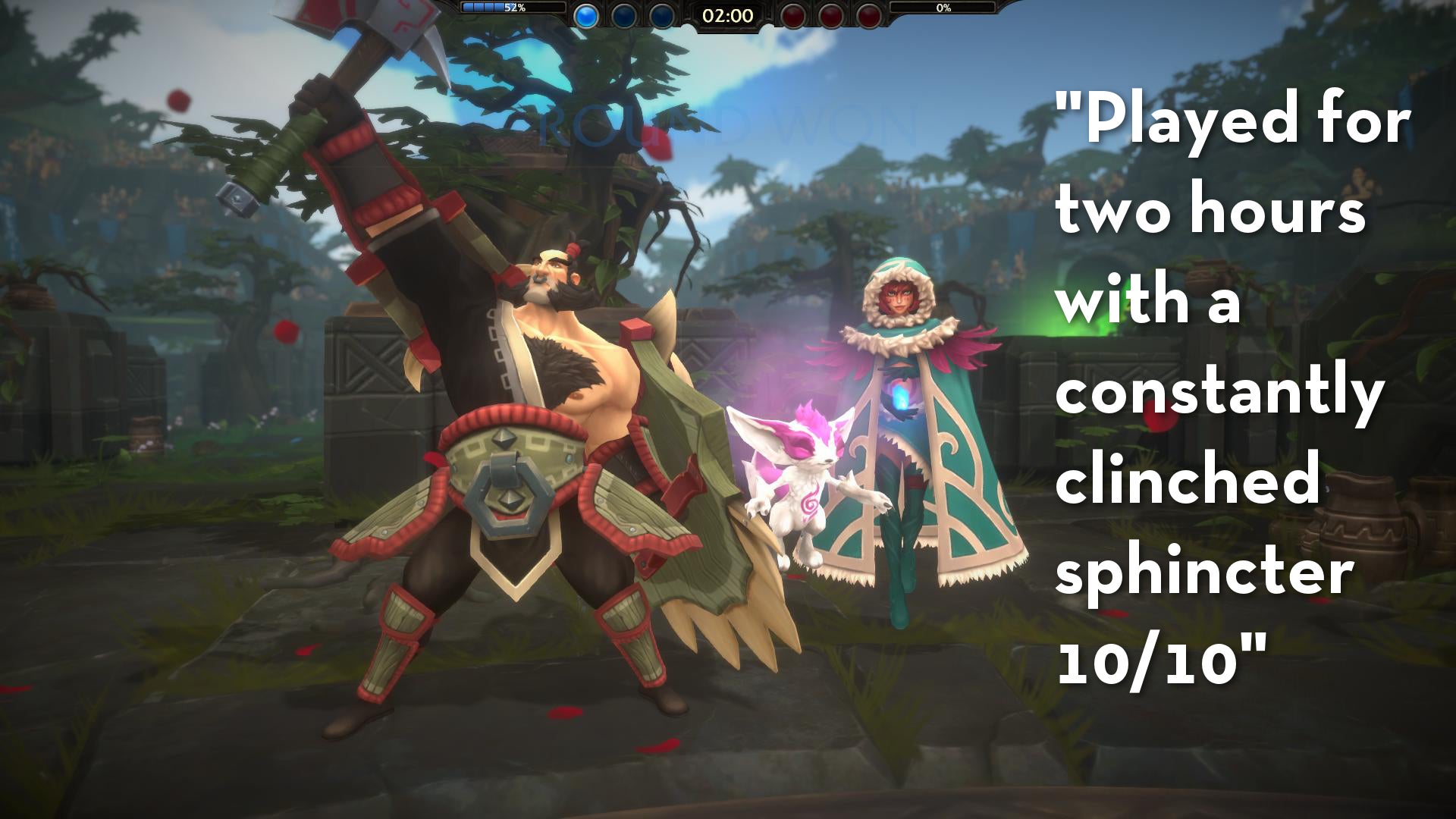 Battlerite takes the basic MOBA foundation and strips away lanes, farming, items, and the million year span—during which multiple species are born and extinguished, and the salty tears of negligent gods form into entire worlds—before something actually happens.

What players are concerned about isn't so much the game itself, but rather its scaffolding. The ranking and matchmaking systems are contentious topics, and given that Battlerite is still in Early Access, ones that many players are hoping to see overhauled.

Here's what Battlerite players are saying about the game: 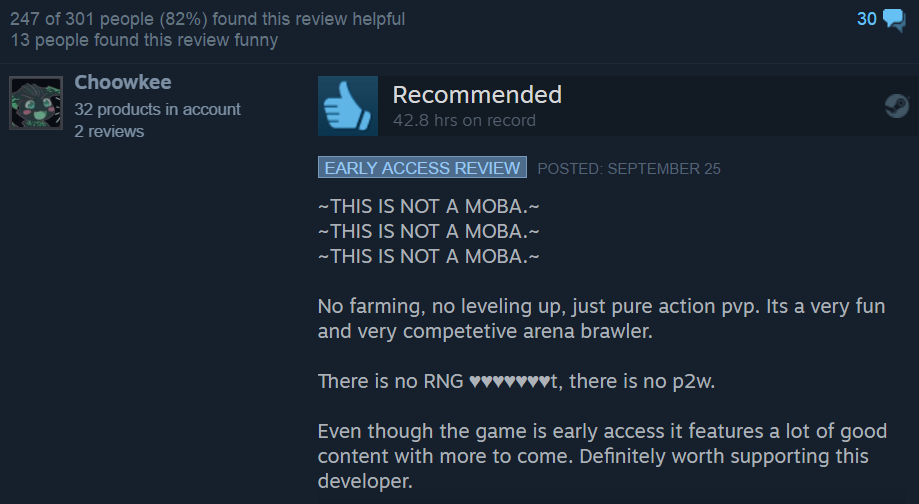 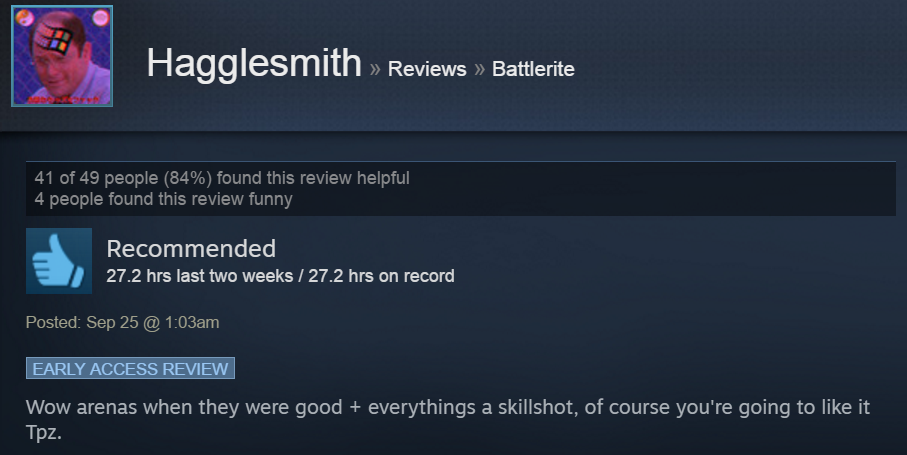 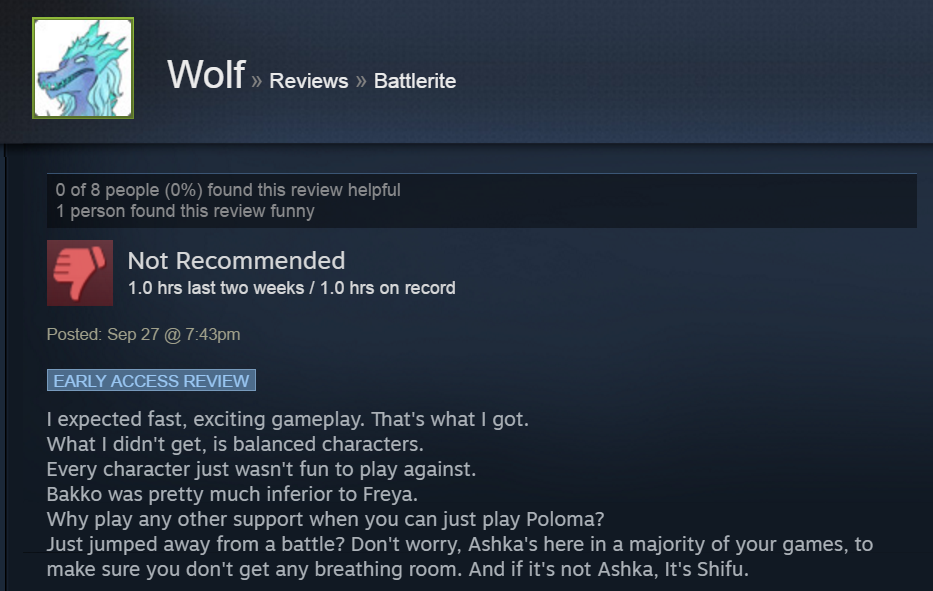 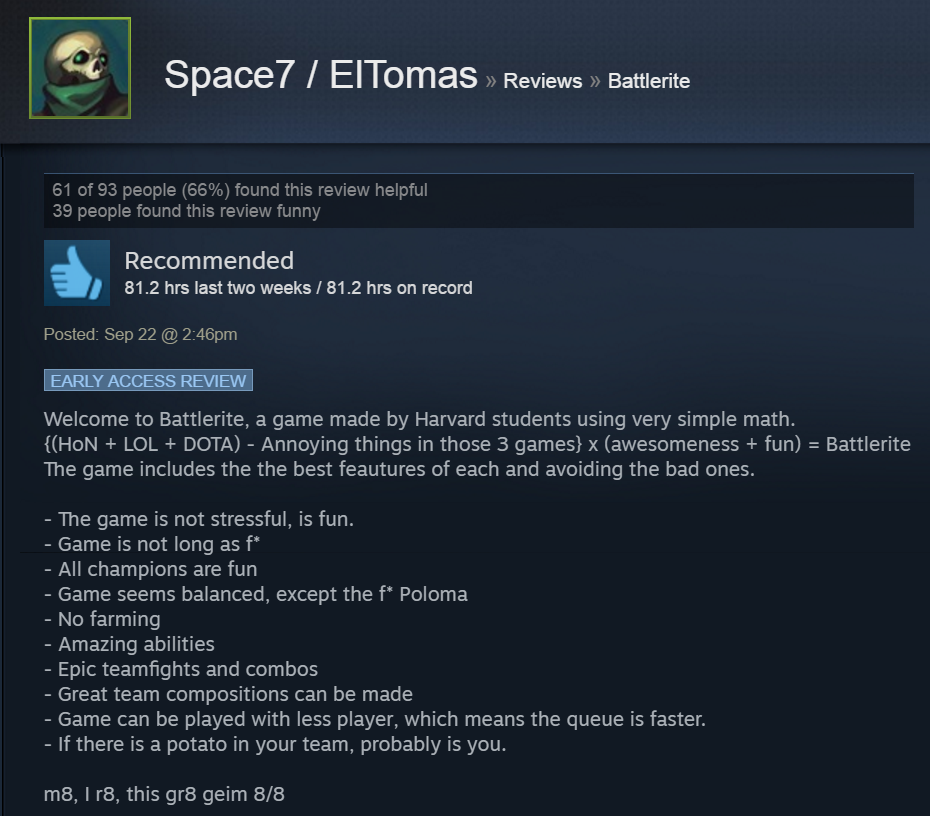 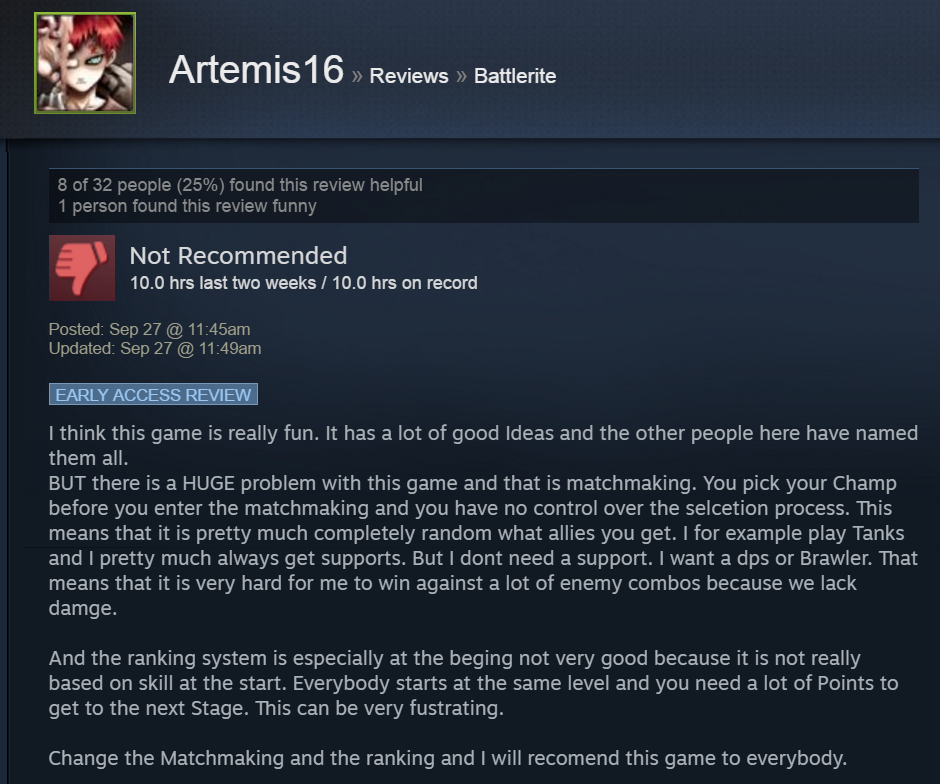 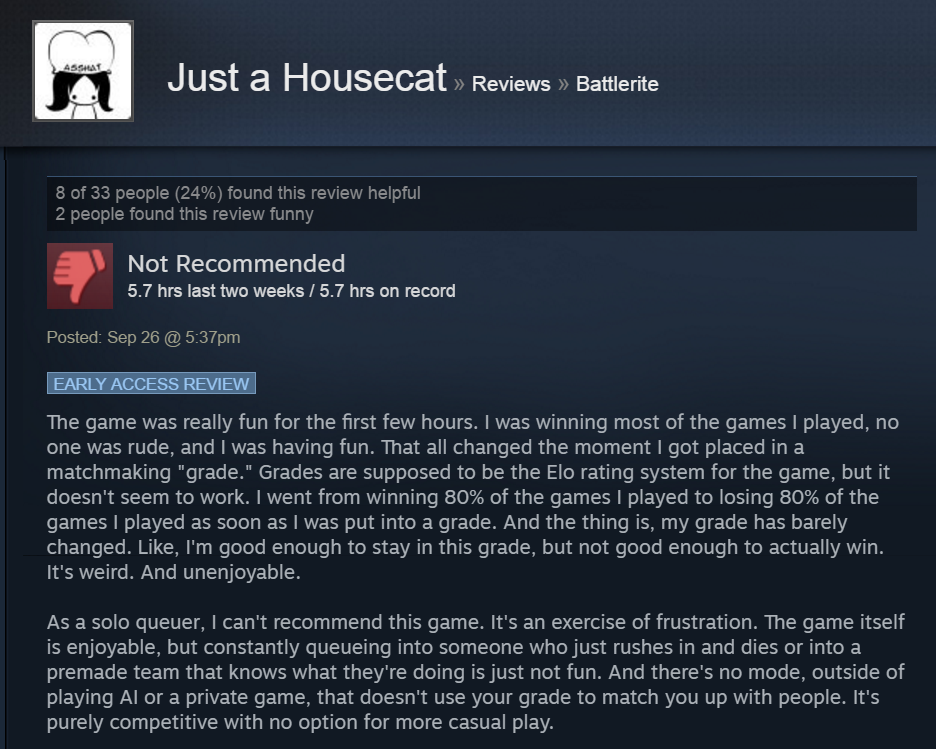