Here’s Another Reminder Of What Battlefront 3 Could Have Been 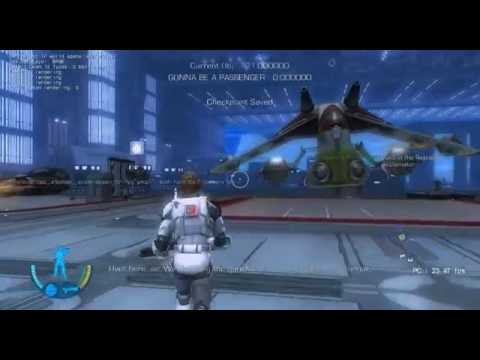 And if you needed another reminder of where the Battlefront series could have gone, here’s some footage of the abandoned project’s training mission.

The frame rate is fairly trash — around 20fps for the most part, which you’d expect for an unfinished, unoptimised segment of gameplay — and there’s plenty of placeholder assets, sounds, text and a general lack of refinement.

But what’s fascinating, and what gamers will really get upset over, is just how ambitious Free Radical’s project was. The training mission alone sees the player launch from a star destroyer, engage in a bit of basic space combat, before flying down to a planet, touching down and then roaming around on a speeder bike.


Files for the abandoned Battlefront sequel apparently leaked online earlier this year, although you needed a developer or test Xbox 360 to get it working. This footage is much newer than the earlier Xbox 360 build, however, and it’s also running on PC.

The fact that it’s running on PC gives me a little bit of hope that it might find its way onto the internet eventually, ala Warcraft Adventures. It’d be cool to see this get in the hands of modders so it could be finally finished — although knowing Disney, I can’t imagine they’d allow the project to remain online for too long.

That said, the Galaxy in Turmoil fan project has been continuing apace. It was originally pitched as a fan-made Battlefront 3, but a cease and desist from LucasArts quickly forced the developers to pivot away from the Star Wars universe entirely. It’ll still be a Battlefront-inspired game, of course, but it won’t have any association with the franchise that inspired it.