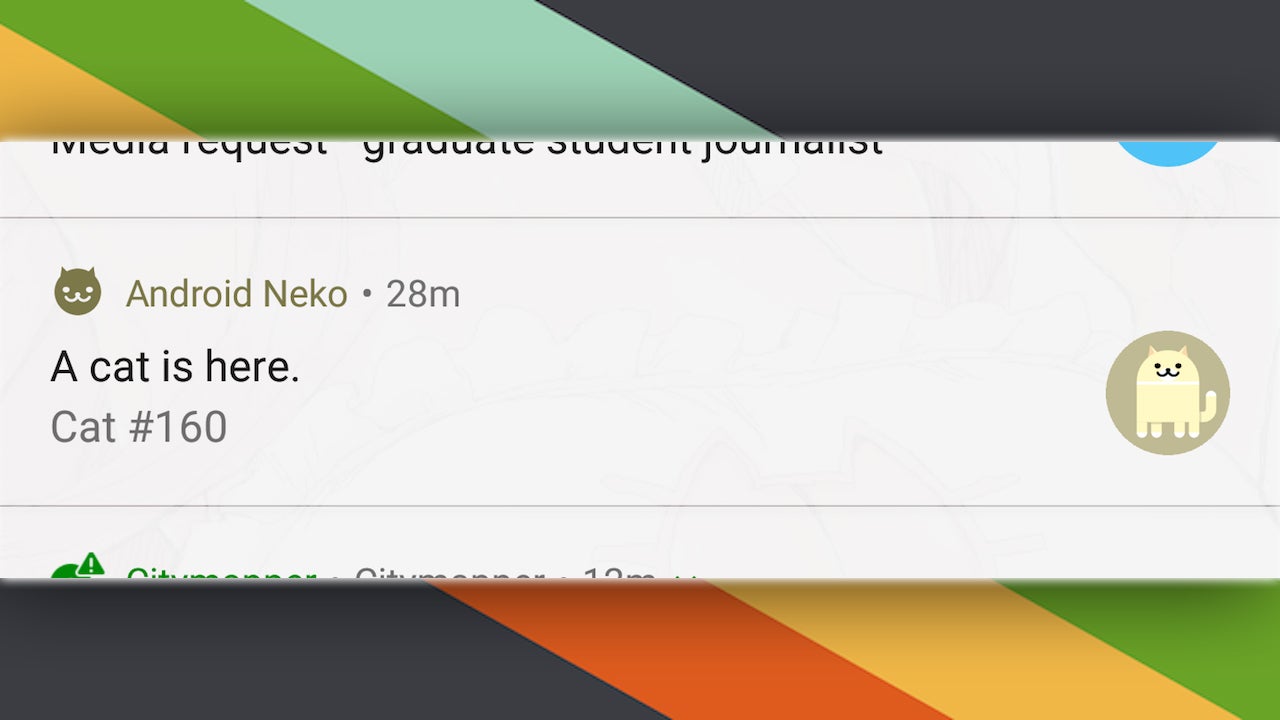 If you love collecting virtual cats and you have Android Nougat, you’re in luck: Google dropped a cat-collecting easter egg called Android Neko into the latest version of Android, and while it’s not nearly as fun as Neko Atsume, you do get to collect cats by putting out treats.

First let’s set your expectations. Android Neko isn’t so much a “game” as it’s just a function of the operating system. You put out food, wait for a cat to show up, and the cat is added to your collection. It’s passive fun, but there’s no “game” screen, no play area to browse, no treats or toys to buy. It’s not going to replace your favourite cat collecting game — but it is neat that Google rolled this into the OS.

We found it thanks to the fine folks at How-To Geek, and it’s easy to start playing, as long as you have Nougat. Here’s how:

Now close the notifications shade and wait. When a cat arrives, you’ll get a notification alert, and your home screen will tell you “A cat has arrived,” (shown at the top of the article) along with its number. Tap the notif to see which cat it is, and its number. (How-To Geek says if you have an Android Wear device, it will vibrate to notify you!)

When you open the notification, you’ll be dropped at the “Cats” menu, where you can see all of the cats you’ve collected since you enabled the easter egg and started putting out food. Tap any of them to give them custom names. I renamed the one above “Sandy.” You can always get back to the Cats menu to browse your collection by long-pressing on the dish, even if there’s food in it.

You can share your cats (or delete them, not that you’d ever want to do that) by long-pressing any one of them, and tapping the appropriate icon.

Like we said — not a fully-fledged “game” exactly, but definitely a little fun built in to the latest version of Android that most of us would have otherwise missed. For more, and for screenshots of the step-by-step, head over to How-To Geek at the link below, and once you have it enabled, let us know which cats show up first for you!