Hitting World Of Warcraft: Legion's Level Cap Is Only The Beginning

Hitting World of Warcraft: Legion's 110 level cap isn't the end of the game. In fact, it's when the expansion really starts picking up speed, dropping an overwhelming amount of activities on the player all at once.

The initial series of quest that take players through four of the expansions new zones, searching for powerful artifacts necessary to stave off the demon invasion of Azeroth are essentially an expansive prelude. They introduce the player to the characters and factions involved in the ever-growing drama surrounding the titular Legion, expanding the game's mythology while establishing the player's character as a major force in the Broken Isles.

The pursuit of the first four Pillars of Creation and the various class-specific quests that weave in and out of it will likely see most players hitting level 110 before the fourth Pillar is found.

Check out the screenshot below. See the lengthy list of tasks on the right? Most of those opened up after the level 110 cap. 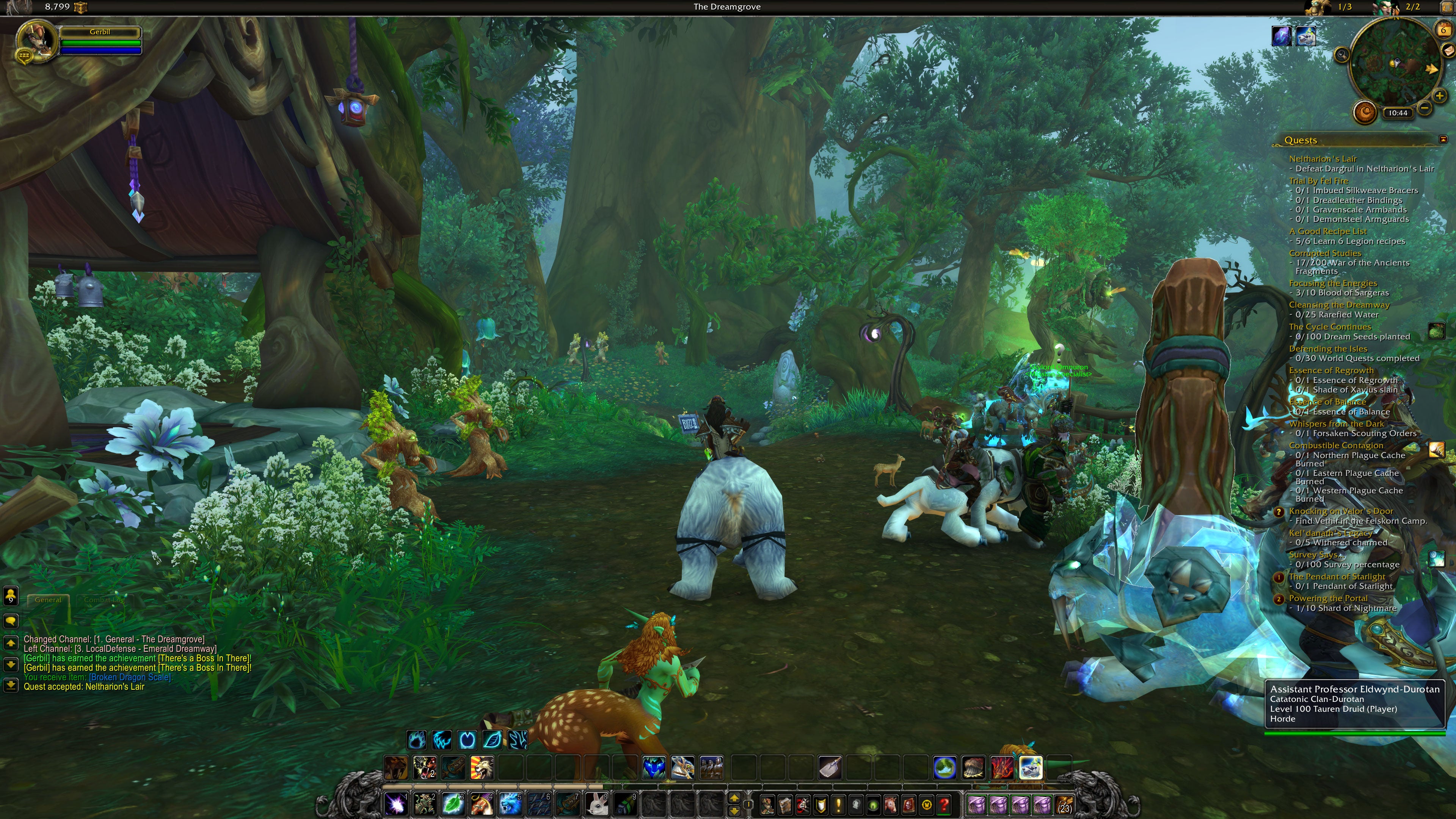 Level 110 is when the class-specific content in the Order Halls really comes together. Players have to deploy forces across the Broken Isles in timed missions to gather resources for coming battles. Artifact research opens up at 110, allowing players to spend resources to dig into the background of the powerful weapons they have been wielding and improving throughout the expansion.

The research cycle on those artifacts is something like three days of real time. Some of the missions I've encountered on the deployment board require require more than a day of time to pass before fulfillment, though there are methods of speeding them up. 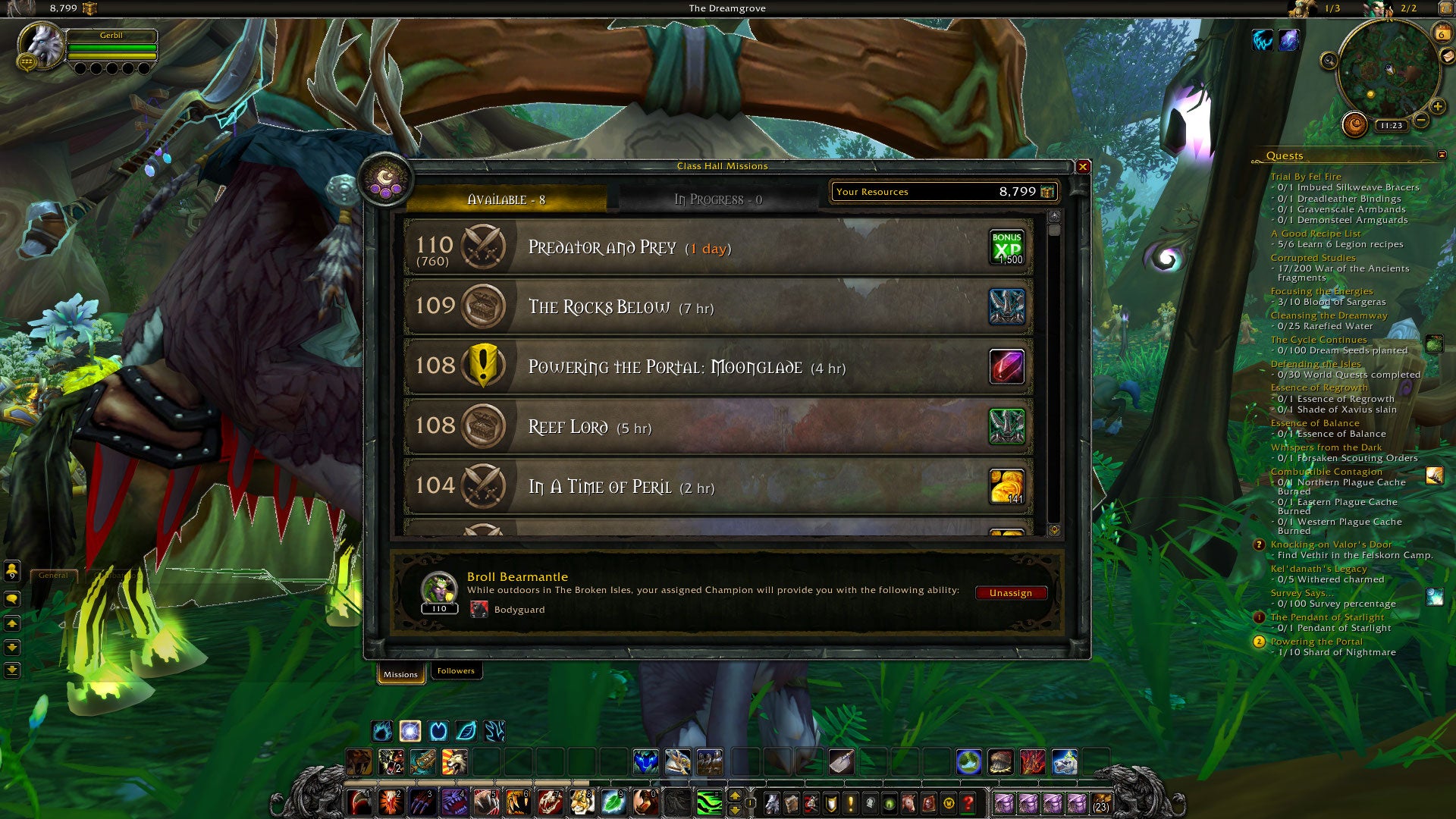 Thanks to being a damage character in a dungeon queue that loves tanks and healers, I've still got two dungeon quests to complete for my Order Hall in a series that required me to revisit the four core dungeons added with the expansion.

Then there's the entire new zone that opens up at level 110, the lost night elven land of Suramar. The once-great city shielded itself during the War of the Ancients, but blocking out the sun and moon transformed its inhabitants into mana vampires (which would make a very cool character race.) The shield eventually fell to the Legion, and now the player must establish a foothold in the area and help reclaim the land from demons. 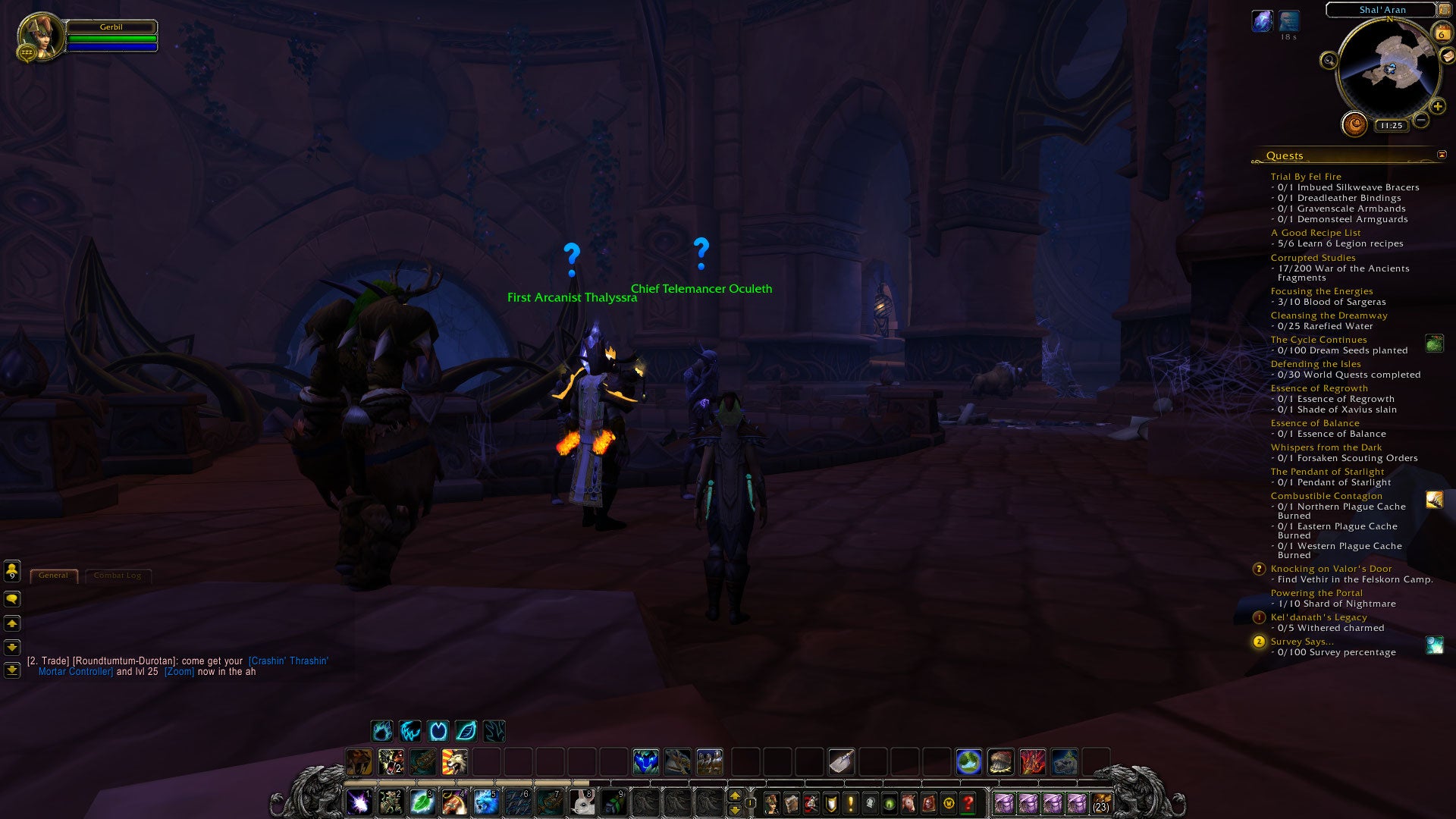 Also kicking in at level 110 are World Quests. These are a new type of player-versus-enemy content in World of Warcraft, quests that spawn throughout the Broken Isles offering extensive faction, item and resource rewards. 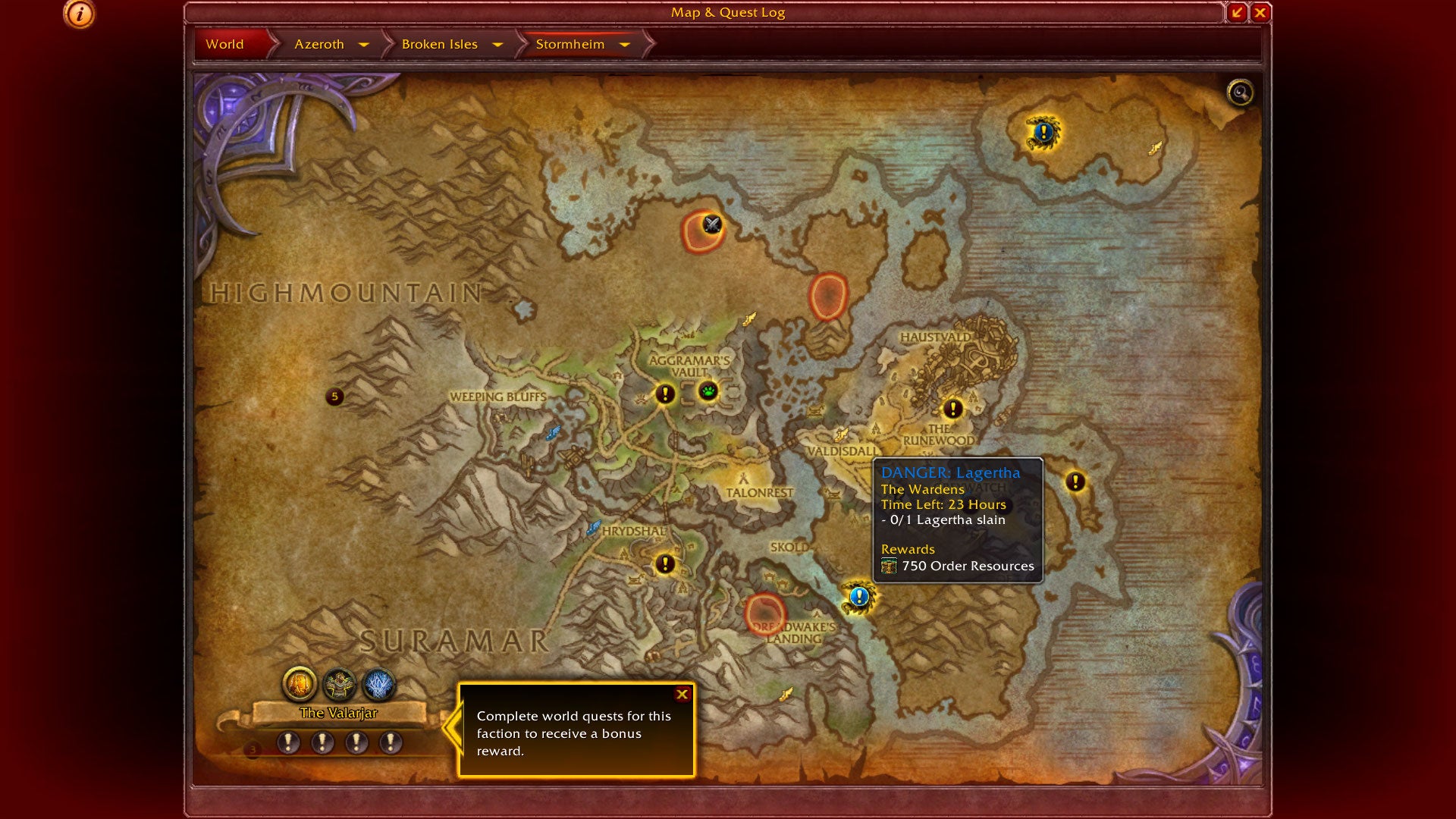 Wandering out of the base in Suramar, one of these just popped up on my screen, which is one of the reasons this post is going up a little later than I initially planned. 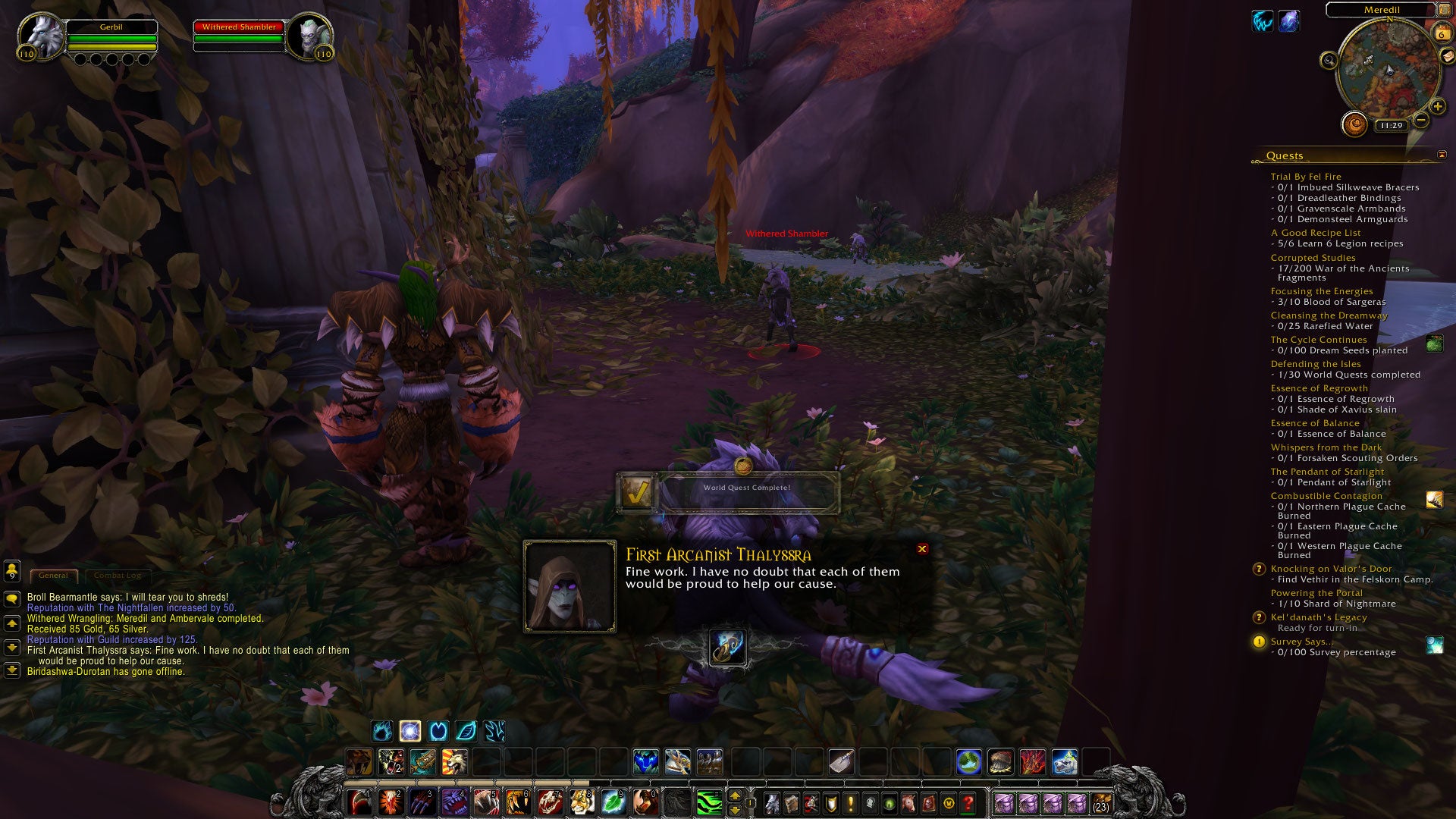 Blizzard has a Legion companion app coming out this week hopefully today) that will allow players to track World Quests as well as manage Order Hall resources from their phone.

Why continue playing after hitting the level cap? The Legion expansion isn't really about gaining power through experience. Since all of the world content scales to player level, allowing the four starting areas to be tackled in any order, the ten new levels are there to give players a sense of progress. The real power is in those artifact weapons.

Earning artifact power rewards and maxing out the points invested in special weapon traits is where the real power lies in Legion. At a certain point the cost of upgrading the artifact weapon takes a massive leaps upwards, making all of this traditionally extra content worthwhile. 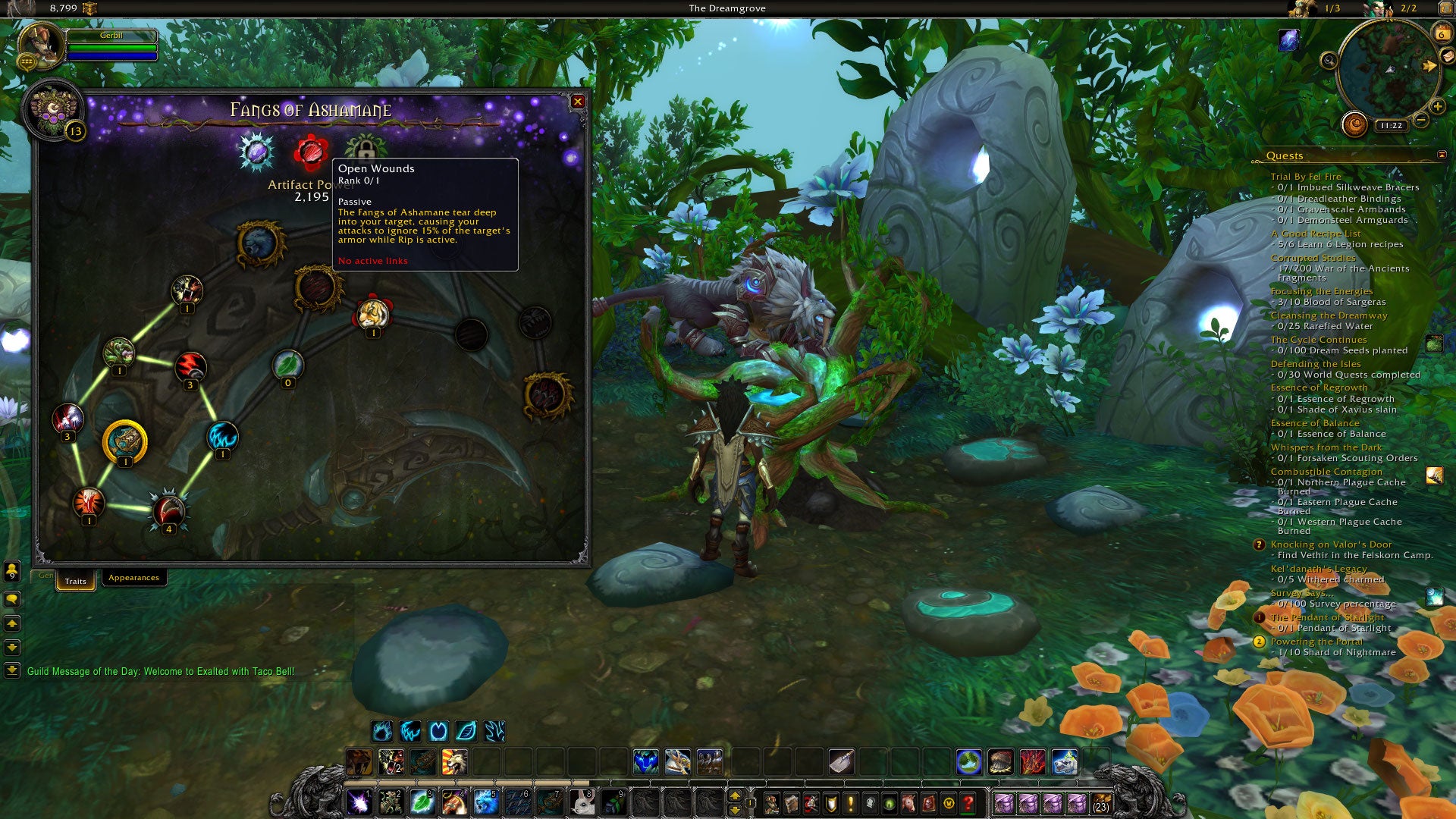 I mean look at this. I've only unlocked four of sixteen possible looks for my battle cat. Obviously I have a lot of work to do. 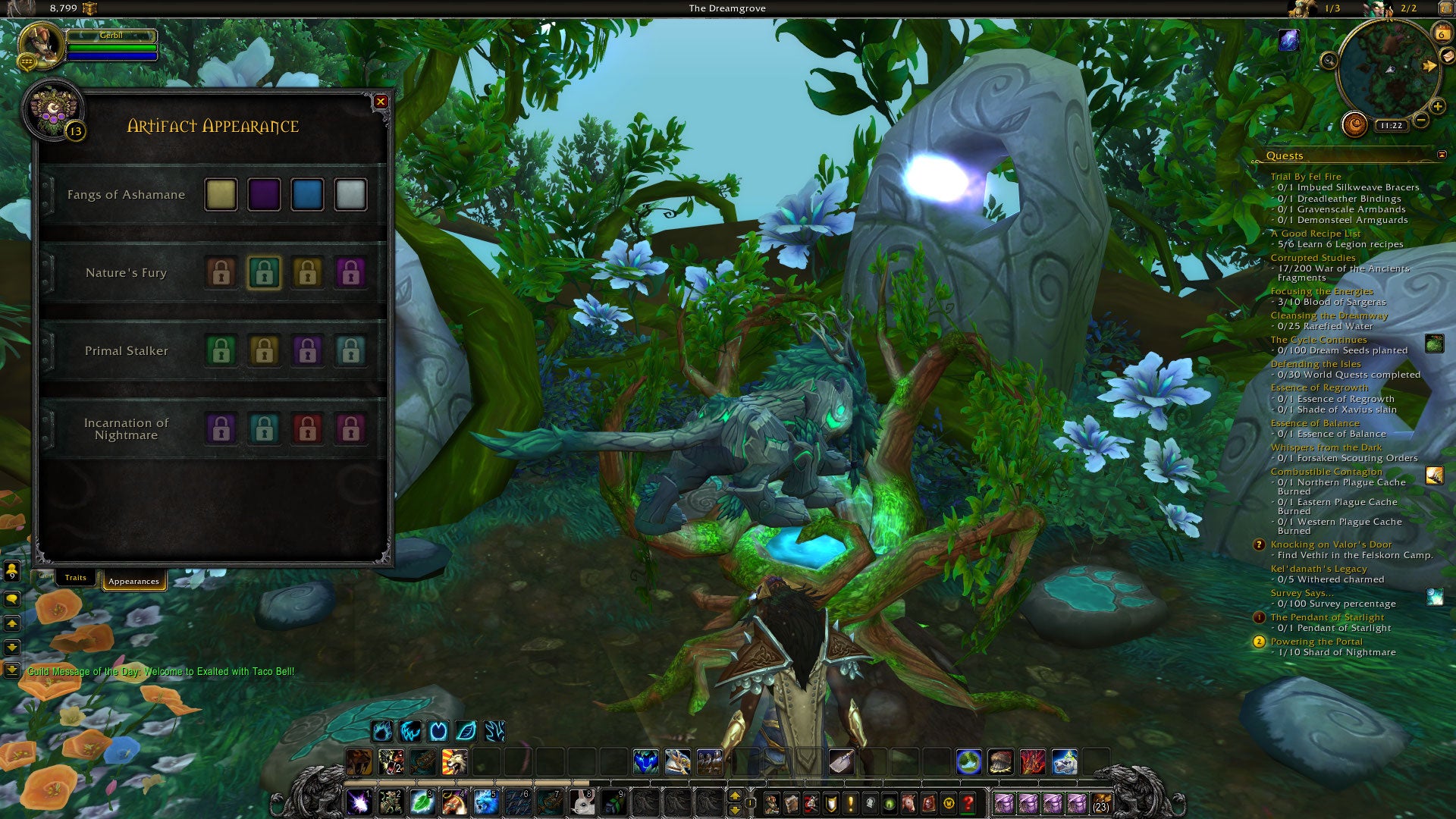 So much to do. World Quests, Order Halls, PVP — did I mention I am playing around with PVP? I promise this every expansion and never deliver, but the other day I took my 102 affliction Warlock into a battleground and . . . well, I don't really need to write anything further there.

All that, plus patch 7.1 is right around the corner.

So when someone celebrates hitting level 110 in World of Warcraft: Legion, as I did over the weekend, it's not an ending. It's time for the real work to begin.