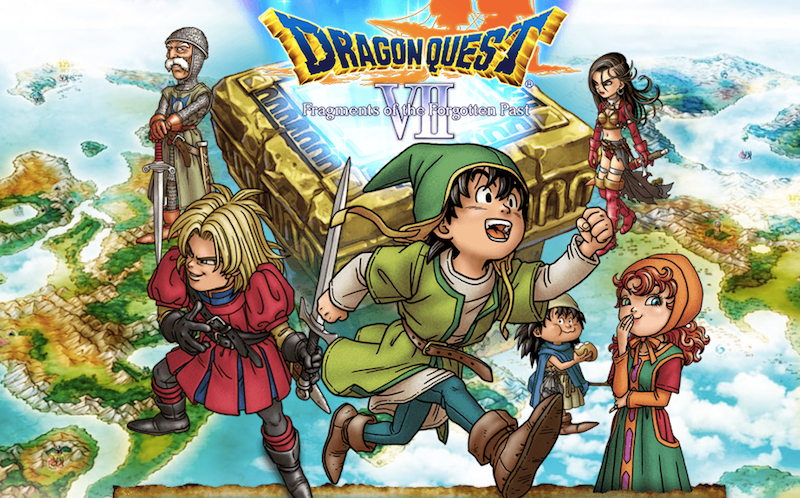 I've always had a soft spot for Dragon Quest, a turn-based RPG series full of silly names and adorable slime monsters. In Japan, the series is a cultural phenomenon. But for some reason it has never found the same popularity in other countries. Here's a theory: It's too obsessed with tradition. For three decades, Dragon Quest games have followed the same rituals and routines, many of which are vestiges from the NES era. It always has the same monsters, the same items and the same annoying quirks. Japanese gamers don't seem to mind these rituals, but they can get tedious to those of us who are used to more streamlined design.

Let me give you an example, which has been bugging me as I play through the Dragon Quest VII remake on 3DS. Dragon Quest turns something as basic as saving the game — an essential procedure that most modern games try to make painless and invisible — into a chore. To save in Dragon Quest VII, you have to find a priest, then mash the A button through eight (!) menu boxes: 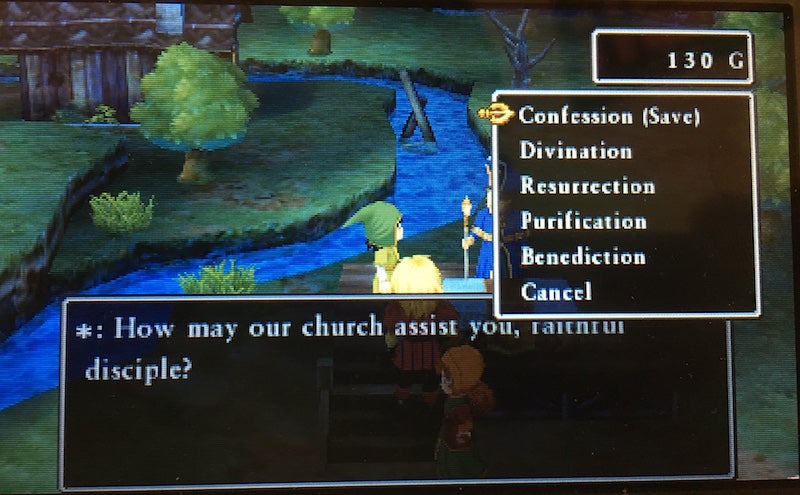 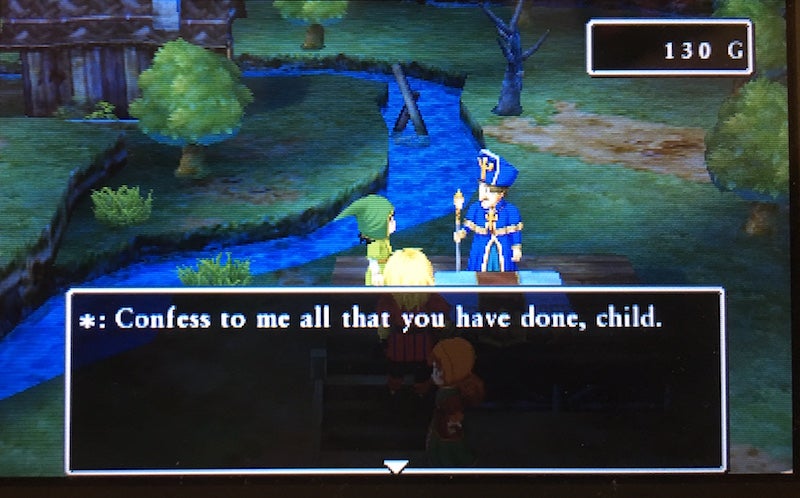 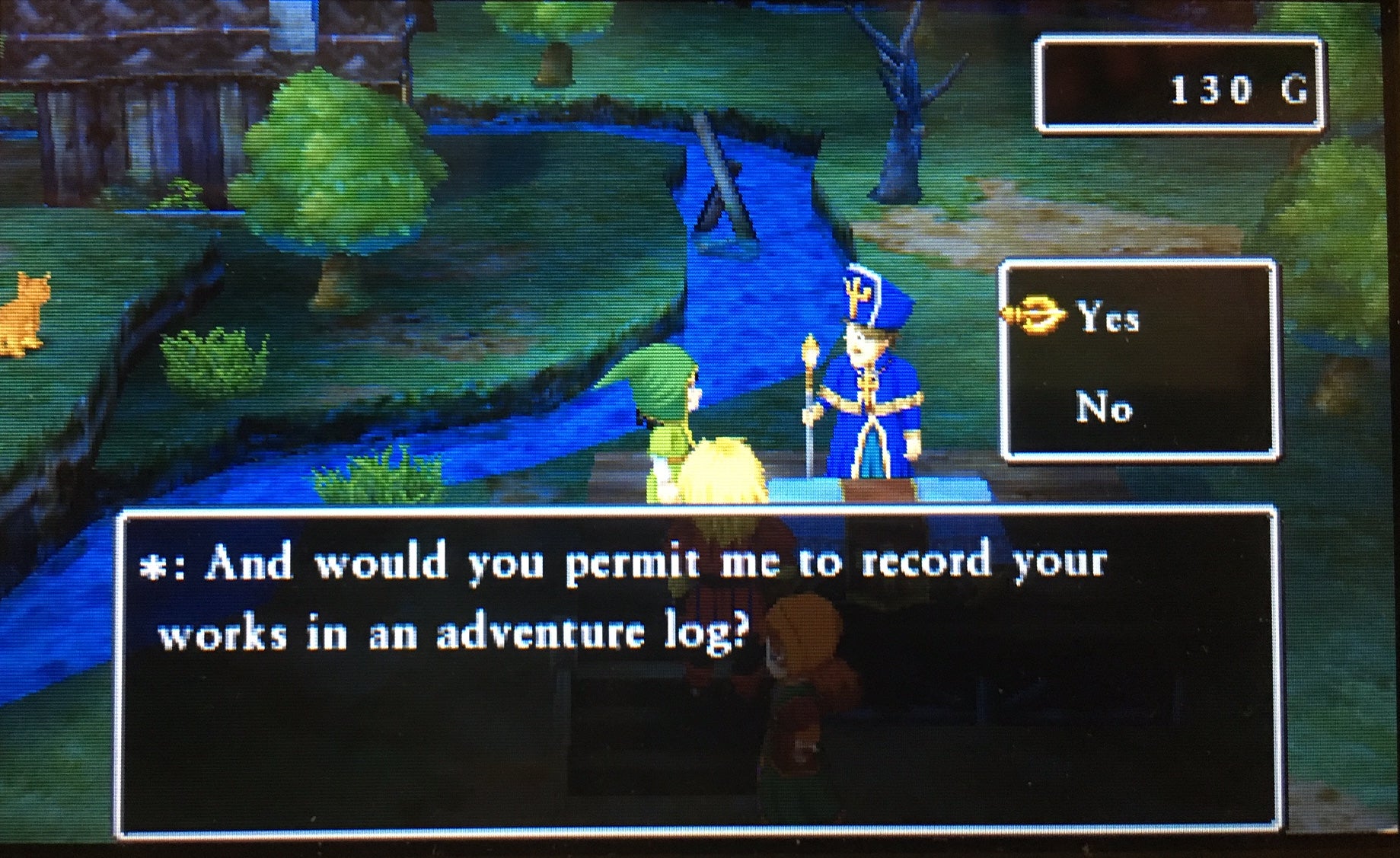 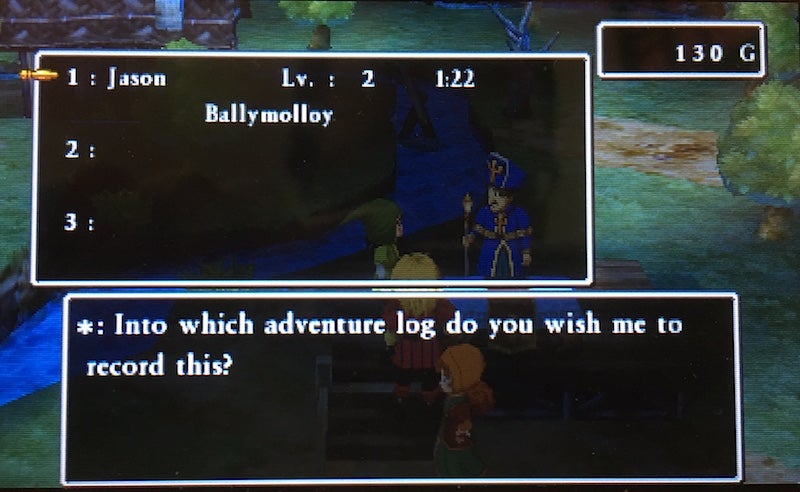 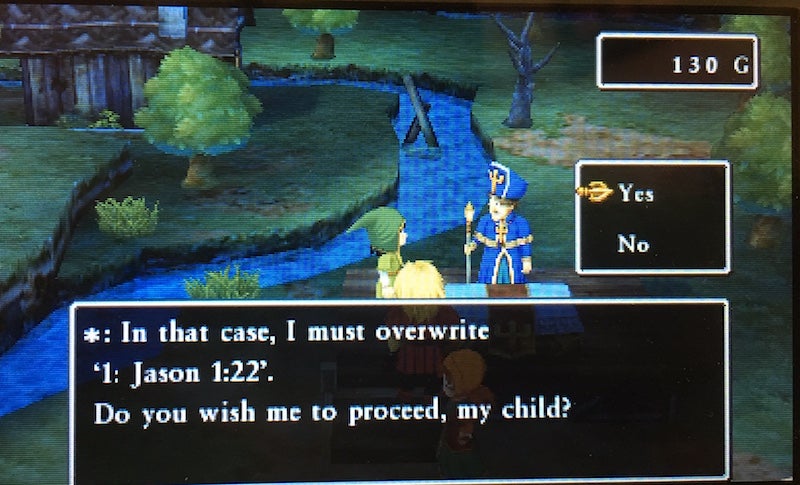 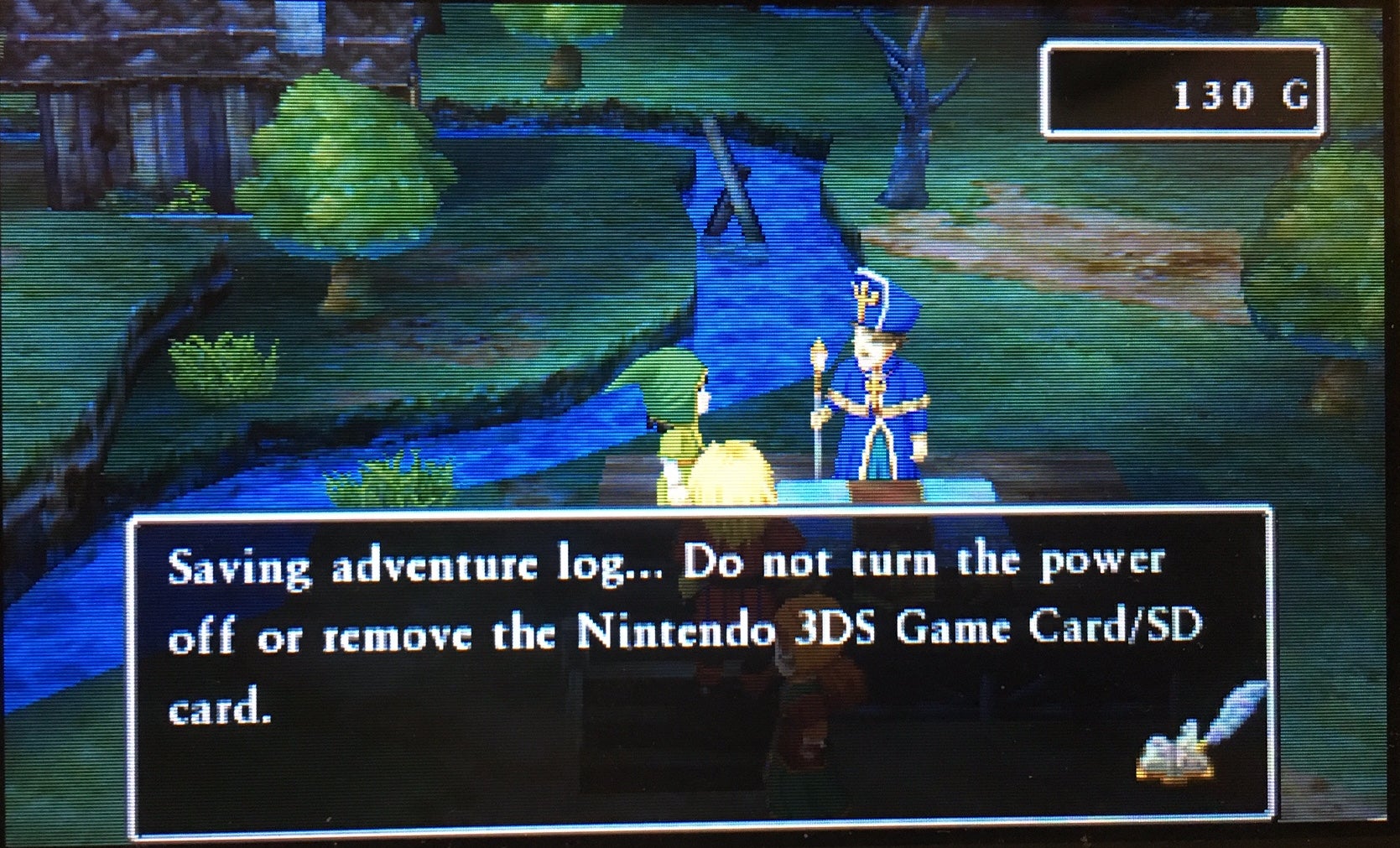 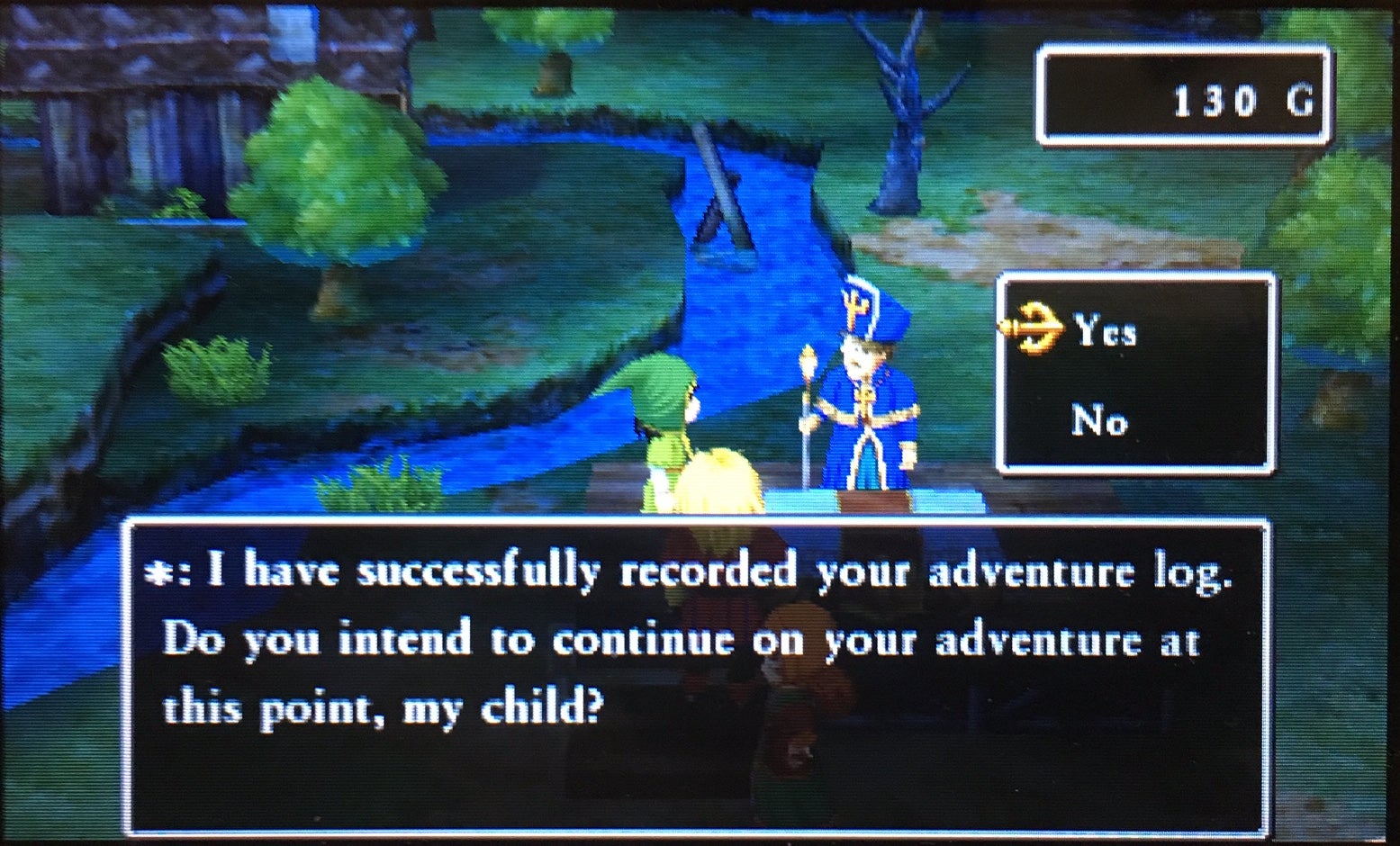 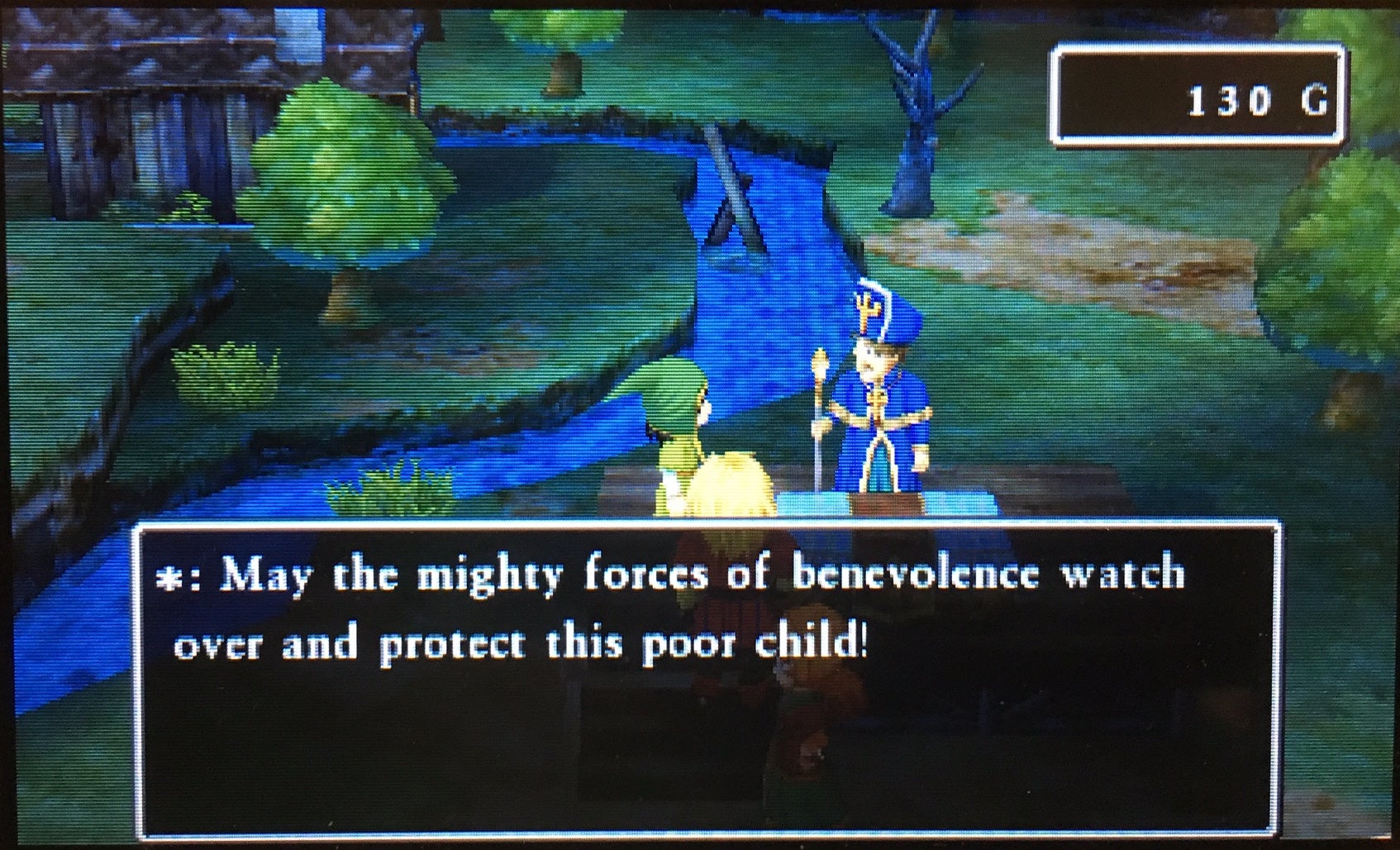 It's a minor inconvenience, but minor inconveniences add up. You'll want to save the game several hundred times over the course of Dragon Quest VII (which is many dozens of hours long). If you don't, you'll lose stuff when you die.

All of those choices — asking if you're sure, asking you to select a file, asking you if you'd like to keep playing — are traditions that have been in Dragon Quest for decades. But there comes a point when adhering to tradition can hurt a game's widespread appeal. Gamers outside of Japan might enjoy the series more if it didn't feel like it was wasting our time. Dragon Quest could shorten its save flow without abandoning its roots.

I'm enjoying Dragon Quest VII so far — even though it might have the worst opening hour in modern RPG history — and I hope to play through the whole thing. But for some reason, I always seem to give up on Dragon Quest games after 10 or 15 hours. Maybe that's because it takes half a minute to save.