The Smash Community Is Brawling Over A Non-Existent 'VIP Room' 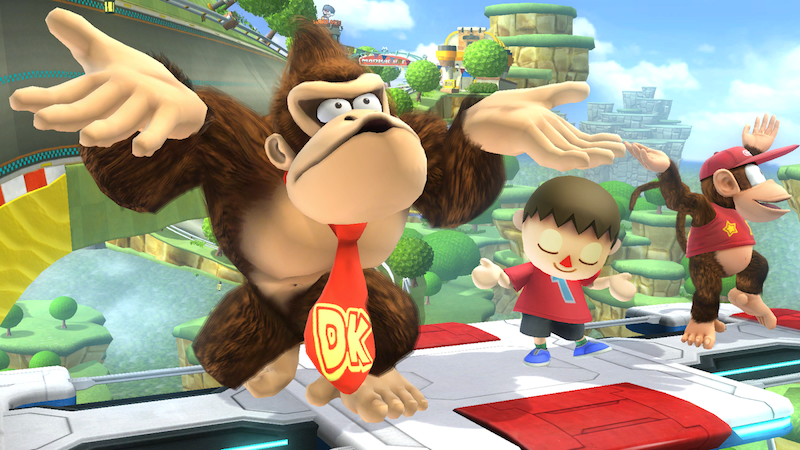 "You know why I'm here," Kenneth Bradley, a ranked Street Fighter IV player with Evil Geniuses, yelled into a camera last week. It was to talk about the latest Super Smash Bros. controversy, something that has affected the fighting game community at large. Bradley took issue with certain competitive Super Smash Bros. players who say they want so-called "VIP rooms" at tournaments to warm up in peace. At one recent Smash tournament, competitive players warmed up in what many called a "VIP room," although organisers say it was nothing of the sort. Smash Wiki

"Oh my god, I need to get away from the fans. My life is too hard!" Bradley mocked. Now, serious: "You need to support these fans the way they support you. These guys pay the bills!"

Over the last week, a rift within the Smash community has provoked the question of whether Smash professionals are too delicate, or at least, too high on themselves compared to the come-as-you-are greater fighting games community. Predictably, the root of the problem comes from a misunderstanding. In this case, individuals have misinterpreted what constitutes a "VIP lounge." Nevertheless, the resulting conversation has helped air concerns about Smash celebrity, particularly in the Melee community.

At the Shine 2016 Smash tournament in Boston late August, a backstage green room was made available for players to warm up. Shine staff allowed Smash players backstage who were cued up to stream live. With the tournament's 2,200 attendees, Shine also inadvertently helped insulate esports athletes from clingy fans who might throw off their game.

At #Shine2016 we got warm up set ups for everyone backstage. pic.twitter.com/nbZDcD5prt

What seems like an innocent, practical way to manage a Smash tournament became a serious problem for the fighting games community at large. It all started when Shine's "backstage" setup was called a "VIP room." Kage, a ranked Melee Ganondorf player, believes that much of the controversy came from a tweet he wrote last week. In it, he misidentifies the backstage area as a rock star-esque"VIP room":

Best EC tournament ever! Favorite part is probably the vip section overall. Can sit back and chill without worries. https://t.co/OuMY1niINy

At this point VIP rooms are necessary for top players because they need a place where they can relax and focus without getting interrupted.

Kage, who placed 33rd at Shine, told me that Twitter's 140 character limit radicalised his tweet, but he still agrees with the gist of it. He understands that "The backroom was really for any players at all levels to be warming up before they can play on stream," but also added that "fans in the Smash community are pretty relentless."

Some, he explained, tend to miss social cues, like "do not approach when I'm on deck." Kage plays for money, so he's got to be in the zone by the time he's up to fight. When fans are asking for autographs, or bothering him while he's eating, it's distracting.

Compared to top Melee players like Armada, Hungrybox or Mango, Kage isn't dealing with overwhelming swarms of drooling fans. Regardless, Melee has developed a "God culture" — probably a result of its gameplay nuances, age and solidified metagame.

Professional Smash players depend on these fans for donations. Currying their favour with autographs and conversations can be the difference between a $US5 ($7) donation and a $US1,000 ($1,302) donation. When professionals are sequestered in warmup rooms, as they are for meatspace sports, fan interaction becomes limited.

Shine's Head Organiser, Shi Deng, however, told me they didn't make a "VIP room." Contrary to widely-circulated jokes, there were no hookers and no blow backstage at Shine. It was a place for staff, journalists and players who were cued up to stream (basically the top 48 players, but not necessarily). Players also spent a mandatory hour signing autographs and hanging out with fans.

In effect, Bradley's video stoked a fire that stemmed from a misunderstanding. But the fact that Melee players latched onto it is what painted them as divas to fighting games veterans like Bradley: "We're all gamers," Bradley told me over Twitter. "Clearly some are better or more popular than others, but it doesn't give you a right to have special treatment."

"If you want a special room to get away, you have one already. It's called your hotel room," he added. (Kage replies that returning from hotel rooms to tournaments can be destabilising.)

"VIP rooms" for fighting games tournaments are basically unheard-of. Hence the drama. What grounded it in reality, however, is a related argument about "floating," a practice that allows higher-ranked Smash players to skip the first round of competition. Shine "floated" certain Melee players to save time and maximise the viewing experience. Here's a good (but long) summary of the issue:

"We don't think floating any other game would be appropriate, as their placements are more erratic," Deng explained. Many other, larger tournaments, like EVO, don't float. But top players say it helps prevent burnout, since they play the longest.

Critics, namely competitors who just barely miss the "floating" cutoff, say it's too arbitrary unless you're one of the top 3 players. A talented non-floated player can defeat a floated player who benefited from so-called "top player privilege."

Generally, competitive Smash players are against floating. It goes against the egalitarian ethos of the community. Even Kage, who is in support of so-called "VIP rooms," told me that "Everyone should be tested equally and it's not a hassle at all to play your pool for 2-3 hours then sign stuff for 1 hour."

The combination of "floating" and a backstage area, it turned out, was what is painting certain Melee players as divas to the greater fighting games community. As esports tournaments are testing out what works, and as the pool of competitors rapidly grows along with their fans, we're bound to see more outlash against organisational decisions in the coming months.