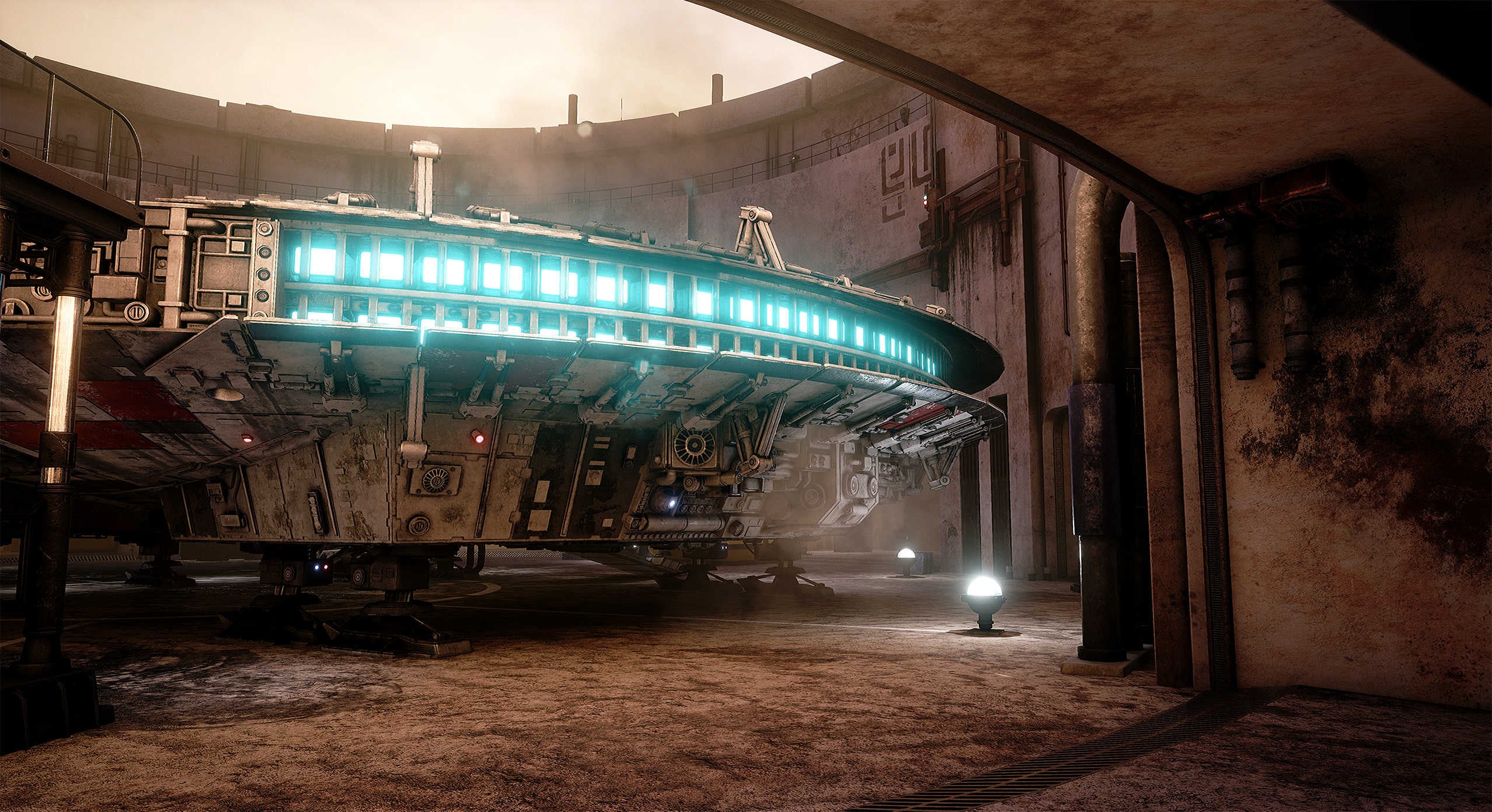 Jason Lewis, a senior environment artist for Obsidian Entertainment, started a personal project earlier this year that was meant to teach him the ins-and-outs of Unreal 4. That project soon ballooned, and other developers at Obsidian got involved in making what they're calling an "interactive fan art piece."

As spotted by 80 Level, the recreation of iconic places, ships, and characters in U4 looks absolutely stunning. Better yet, you can download the thing yourself and give it a spin right here, though the creators recommend a minimum of "16GB of system RAM and at least an Nvidia GTX760 or AMD equivalent." I gave it a whirl last night, and it felt very cool to walk around in the world (though there's not a whole lot you can do beyond that.) In a fun twist, Lewis notes that there's a weapon hidden somewhere in the demo.

"My goal was to build the most highly detailed real-time [Millennium] Falcon that anyone has ever seen, and I think I have pulled it off, except for maybe the Falcon model from the recent ILM X-Labs VR demo that was at GDC a few months ago," Lewis told 80 Level. To wit, Lewis notes that the Falcon is made out of 700,000 triangles, which is "quite heavy from a resources standpoint."

Below, you'll find a few more screenshots of the project showing it off, though Lewis said that some details are slightly different for the purposes of this project. 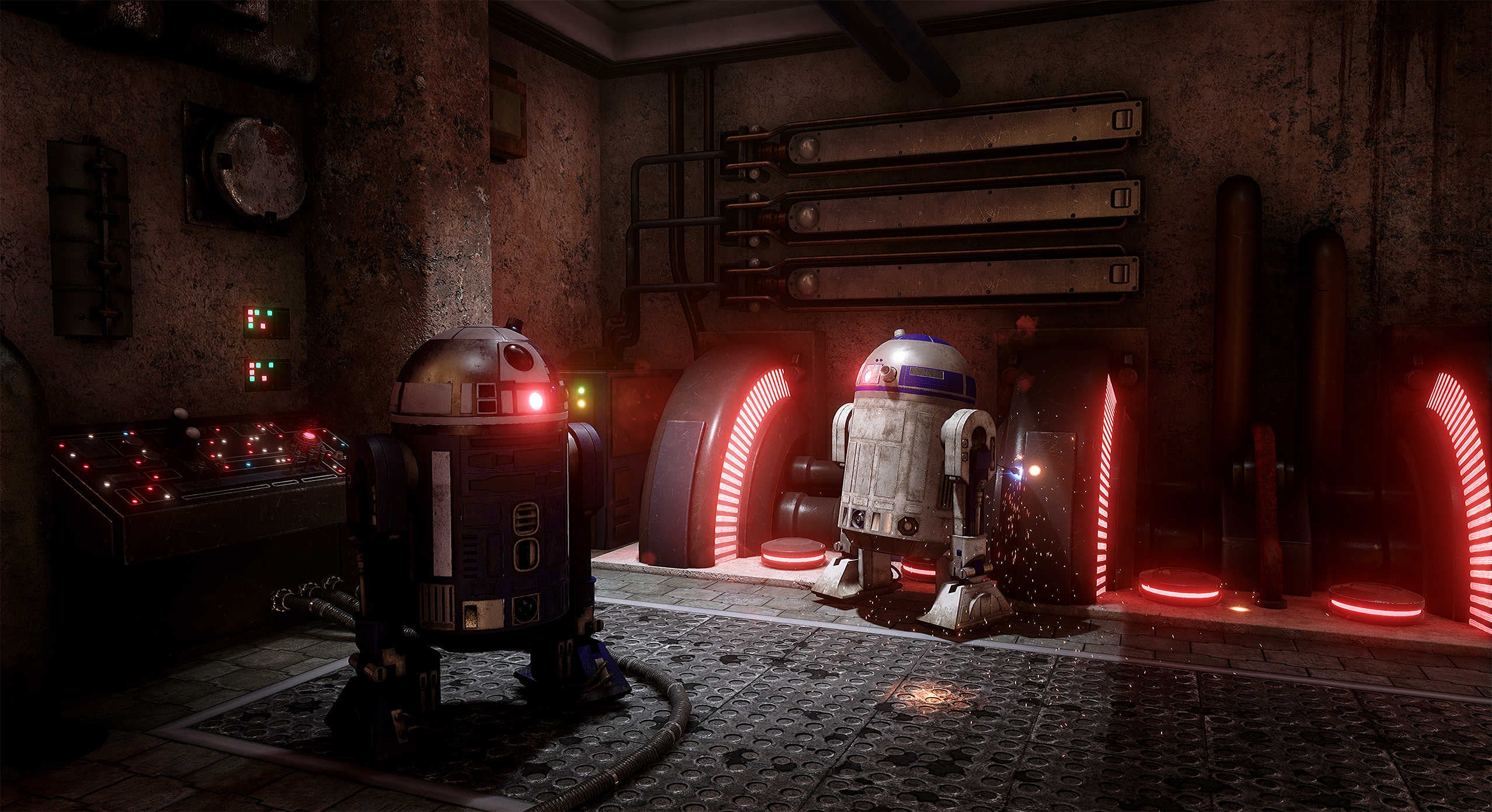 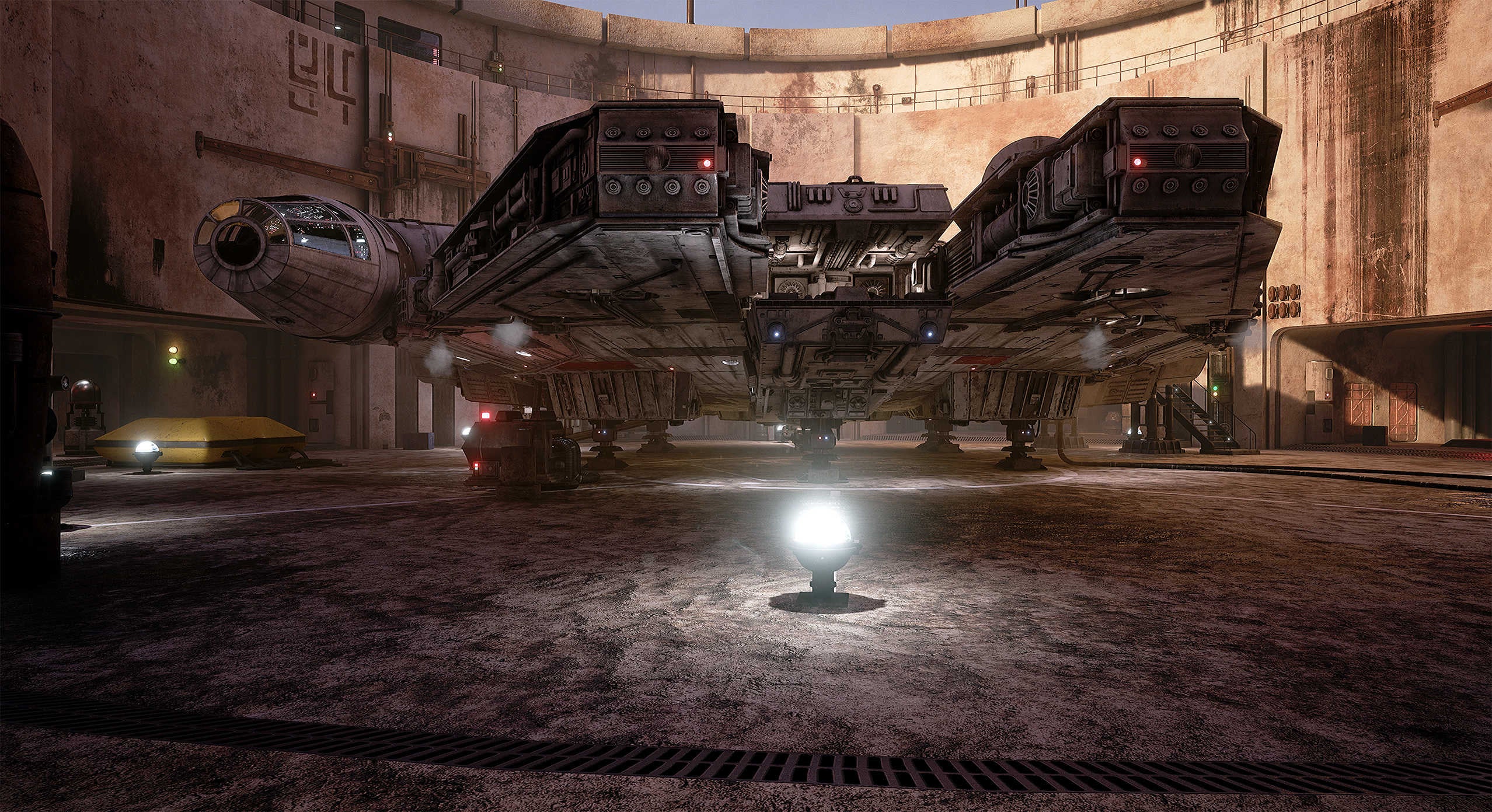 Eventually, this whole thing will get ported to VR, but for now, you can read more about the making-of here.