YouTuber Arrested For Allegedly Intending To Have Sexual Relations With Minor 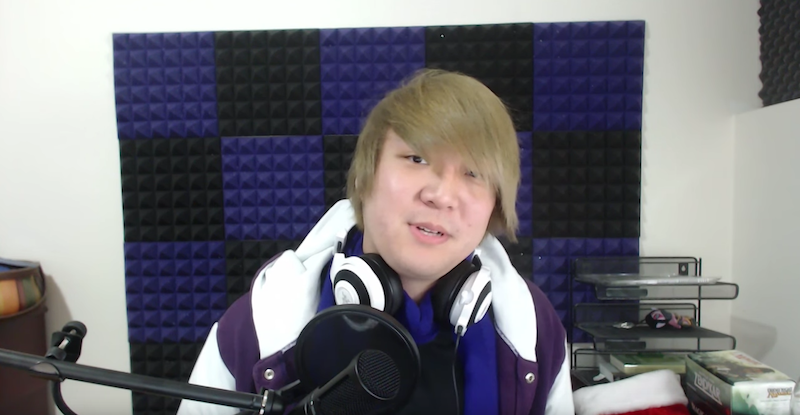 Federal investigators arrested popular YouTuber Starlit "JinBop" Zhao last month for allegedly engaging in sexually predatory behaviour toward a 15-year-old female fan of his channel. The news of Zhao's arrest first spread over the weekend through a YouTube news channel, and he remains in custody today. Zhao's YouTube channel, popular among young teens, features him playing a variety of games including Minecraft and Inside. JinBop

According to an affidavit sent to Kotaku by the US Attorney's Office for the Eastern District of Michigan, where Zhao is in custody, he allegedly engaged in illicit online behaviour with a minor over the course of several months this year. An FBI representative told Kotaku that Zhao was arrested at the Detroit Metro airport, where he was allegedly on his way to meet the fan. Zhao is nine years her senior.

In an interview, Zhao's lawyer stressed that his client is presumed innocent until proven guilty, and that "the federal complaint doesn't give all the information". He declined to elaborate further.

Zhao is accused of producing and receiving child pornography, as well as enticing a minor and travelling "with intent to engage in illicit sexual activity."

A court document alleges, "the defendant acted in a deliberate, sexually predatory manner toward a fan he knew to be a minor (14 to 15 years old at all times relevant hereto) over many months in a manner designed to 'groom' her to participate in the production of child pornography and further to participate in direct sexual activity with the defendant", noting that the defendant's work involves "creating content for YouTube with 10 to 14-year-old children as the intended audience and with this serving as a possible entrée into communication with minors".

He is currently detained, pending trial.

The alleged victim has created graphics and voice-overs for Zhao's YouTube channel, which boasts 400,000 subscribers and is popular with young teens. Earlier this year, when the fan was 14, her parents allegedly grew concerned about her Skype calls with Zhao. (Zhao is based in Washington state; the girl lives outside Detroit.)

When she started wearing a locket with his picture around her neck and purchasing lingerie "she would not typically wear," her parents began monitoring her time online, according to the affidavit.

The girl's parents allegedly obtained an audio recording in which "Zhao can be heard asking [her] to 'strip' her clothes off. Zhao then gives advice to [her] on grooming her genital area," the affidavit reads.

In a May Skype call observed by an FBI agent, Zhao and the girl discuss oral sex, according to the affidavit. He also allegedly coerced her into showing her genitalia over Skype. That video, according to the agent, met the federal definition of child pornography.

Zhao was arrested last month, allegedly on his way to meet the fan around Detroit. His final YouTube video, in which he plays Abzu, was posted on August 10.

In the past, members of the Minecraft YouTube community have been accused of soliciting and disseminating child pornography, capitalising on their clout among young girls.

Some allegations of sexually predatory behaviour against YouTubers have gone no where. A Google or Facebook search of "JinBop" turns up multitudes of fan art drawn by his young fan base, known as "Jinvaders", as well as photographs of him with young girls.