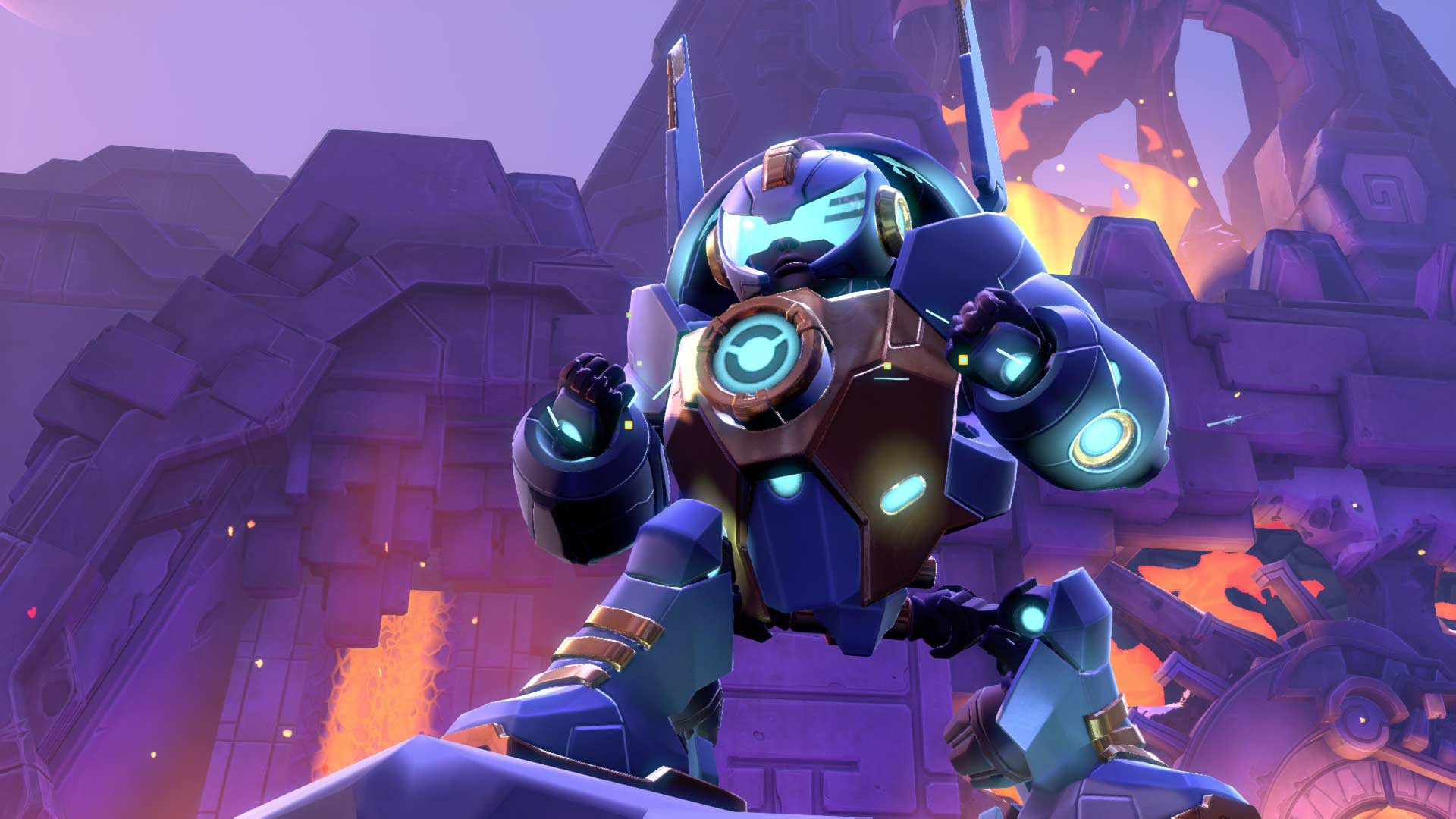 There's a very good reason Battleborn's latest hero, Kid Ultra, looks like a children's toy. He technically is. According to his profile on the Battleborn website, Kid Ultra wasn't created for combat, but rather for childcare. The first of a new line of robotic servants, Kid Ultra was created with a host of family-friendly features, including medical drones to heal children's scrapes and bruises and a humanoid face to make him more relatable. He was loaded with holo-entertainment, mainly children's comic book-style heroes, and put into pre-production.

And then the core computer shut down.

Left without central programming, Kid Ultra, a name taken from the line's slogan, "Kid-Friendly, Ultra-dependable", used the data pre-loaded in his memory to create a persona. Rather than go crazy like the rest of the robots disconnected from the core computer, Kid Ultra set off on a quest to keep the space lanes free of pirates.

Whatever shortcomings led to Battleborn's lukewarm reception, they certainly weren't the fault of the folks writing the game's fiction.

Kid Ultra is available today for season pass holders, and on Thursday, November 3 for everybody else.