Junkenstein's Revenge marks the first co-op brawl in Overwatch. Fighting against waves of zombie robots and holding off the horde is some of the most fun I've ever had playing the game. When I first saw the trailer for Junkenstein's Revenge, my mind recalled furious matches of Team Fortress 2's Mann vs Machine mode. This brawl takes the basic formula of Mann vs Machine and refines it by adding a lot of dynamism and some Halloween horror touches.

Players are limited to one of four characters: McCree, Ana, Hanzo or Soldier 76. This combination works out better than I initially expected. No matter who you end up playing as, there is something for you to do. McCree might use his ultimate ability to clear out waves of "zomnics" while Hanzo can focus on the heavy damage dealing "zombardiers". Matches are full of big moments. 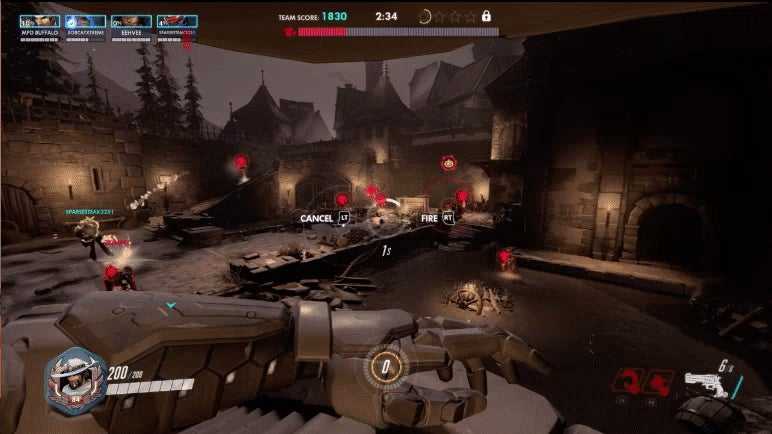 You have to last seven minutes against a mounting sea of enemies, all the while trying to prevent them from breaking through a doorway defence point. It's a pretty daunting task and many of my matches ended in failure. The key, as always, is communication. Thankfully, there's an expanded interface that helps keep track of your team's health and ultimate status. While it might be rough solo queueing or going mic-less, I definitely appreciate that Blizzard has taken steps to help teams coordinate.

The brawl demands a lot of coordination and constantly tosses new challenges in your direction. Things go from bad to worse any time a boss shows up. Deadlier opponents drop into the map, including "Junkenstein's Monsters" (a reskinned Roadhog) or the dangerous "Reaper" (Reaper reskin, if you couldn't guess), and they will do their best to kick your arse. High health pools and dangerous ultimate abilities make these foes more than mere AI bots; when left unchecked, they can really bring the pain. 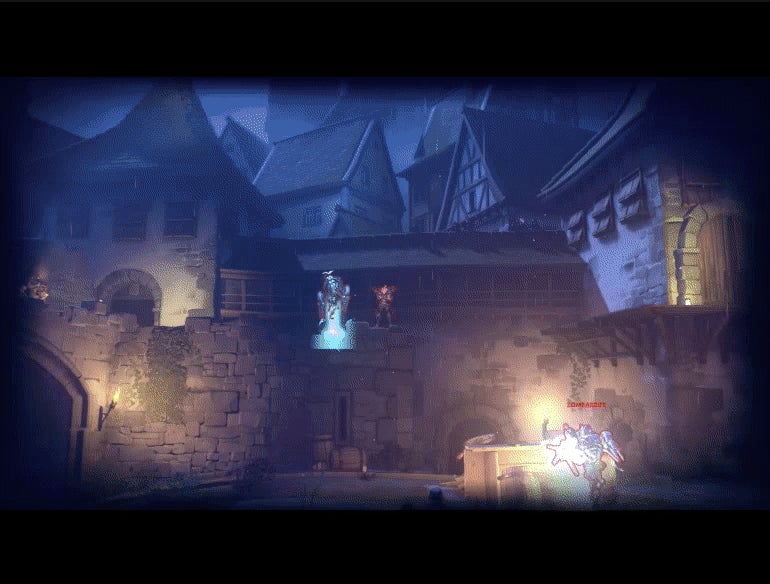 The mode is a little basic and doesn't necessarily offer anything we haven't see elsewhere in other games, but Overwatch isn't an ordinary shooter either. The stress on hero choice and team dynamics, even on a simple four person team, makes for a lot of really fun matches. It's far better than Lucio Ball ever was.

Junkenstein's Revenge is a damn good time. I definitely want Blizzard to keep expanding on what they have added here. It makes me eager for a co-op mode that isn't just a brawl. If Blizzard doesn't make a dedicated version of this that lasts beyond Halloween, it would be a huge mistake because this is amazing stuff. The Halloween event ends on November 1.

Now if you'll excuse me, I'm going to sneak in another match while no one is looking...