Ever-interesting game designer Zach Gage has made a chess game for those of us who aren’t good at proper chess and might enjoy something a little more ridiculous. Really Bad Chess, released earlier this week on iOS, is chess with a random mix of pieces.

Take a look at the screenshot above. It’s a Really Bad Chess match I recently played in which I had three queens and three bishops. I was up against an opponent with four knights and four bishops. 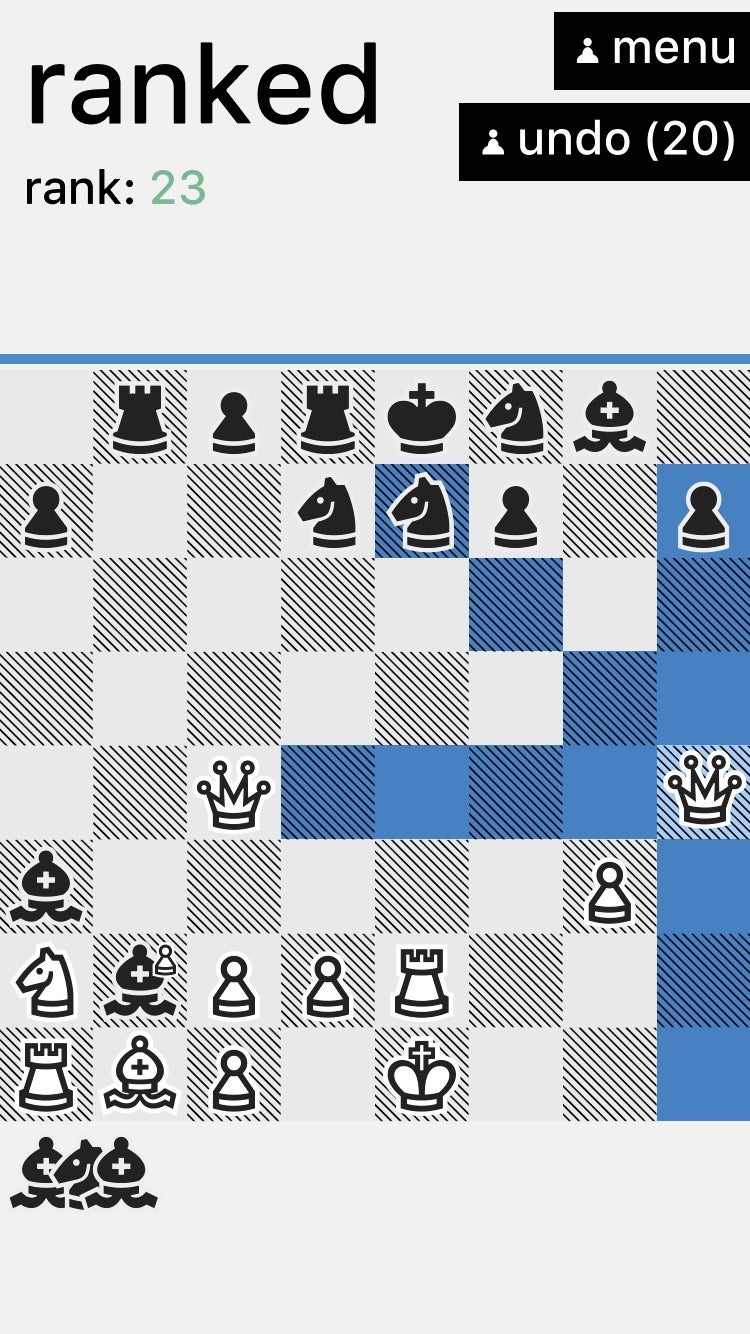 A chess board probably unlike any you've seen before.

It’s not supposed to be balanced!

You play the game against AI, climbing the ranks and getting tougher boards as you improve. You can play for free, though you can also spend a few bucks to stock up on undos, eliminate banner ads and change the colours of the board.

Gage sees chess as the proper antecedent to beloved strategy video games like Advance Wars and Final Fantasy Tactics. He wants Really Bad Chess to appeal to people who like those games and who will enjoy thinking about how to marshal their pieces as a quirky, unique army.

You can’t use conventional chess strategies when you have some weird mixes of pieces.

Here’s how Gage described his new game in an email:

… I am serious about chess being the OG of tactics games. When you’re deep in a game with a formation of 7 knights trying to trade for your opponent’s 3 queens, it really feels like you’re organising a ragtag army — this is the kind of situation that could never happen in Chess, but definitely can happen in Really Bad Chess.

Really Bad Chess is only for iOS for now but could come to Android if it does well enough. If you have an iPhone, I recommend giving it a shot. I don’t care much for chess and am having fun with it.