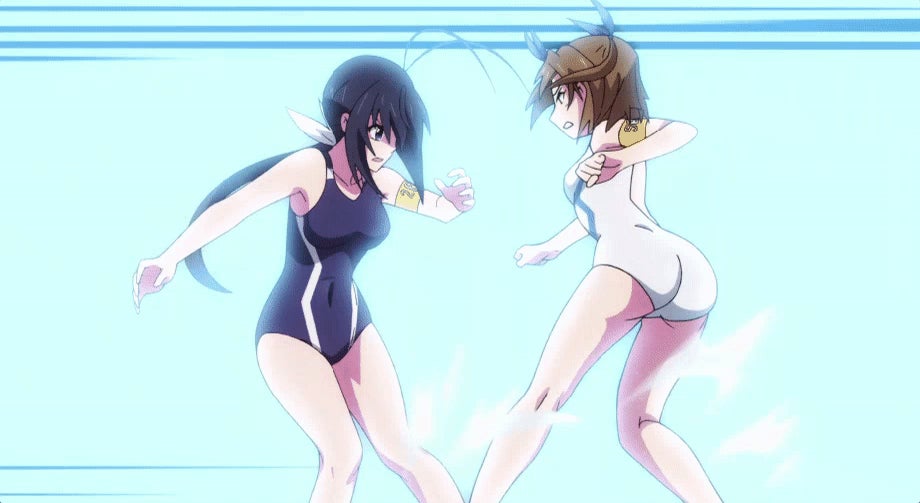 When you see a truly awful commercial product, do you ever try to picture the businessmen who made it happen? Who was the suit, on the 11th floor of some glassy, gilded skyscraper, who bypassed several security officers, took an elevator to a sterile meeting room, sat down with his well-groomed colleagues and assistants and announced, "Yes, definitely. We would love to produce a fighting anime about women smashing their asses and breasts together. Very good, tremendous potential here"? Keijo!!!!!!!! 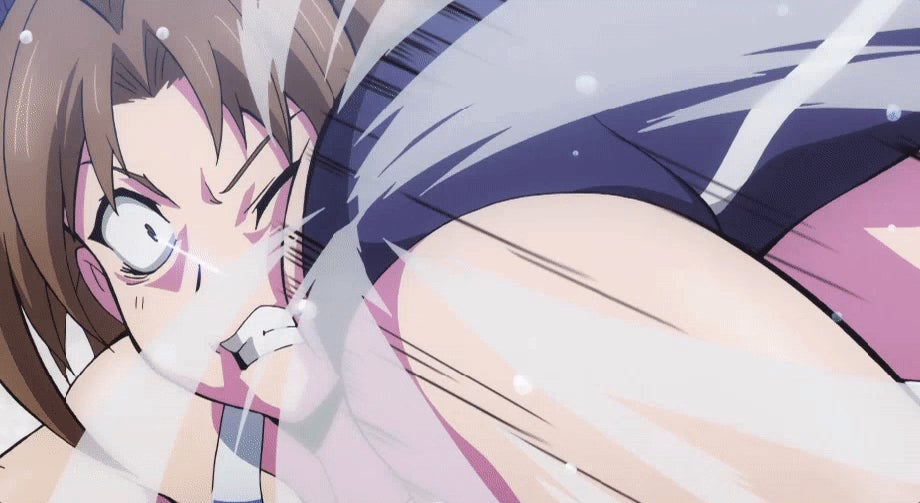 I picture this moment: The shaking of hands, the nodding of heads. Were they drinking filtered water when they decided that, yes, a sport where "no contact is allowed except using breasts and butts" was extremely good and, hell, let's get some real solid animators in here? Scribbled on ledger paper over in Osaka, Japan, was there an obliging secretary's notes on, "18+ girls, wearing swimsuits, in a dormitory, honing their 'Butt Cannon' and 'Bust to Bust Attack' skills, learning about life and love"?

I protest. I don't care that it's well-animated. I don't care that the women have discernible personalities — no cookies for you. It is beside the point that Keijo!!!!!!!! was previously a manga. It could have died in obscurity. Now it's on Crunchyroll. 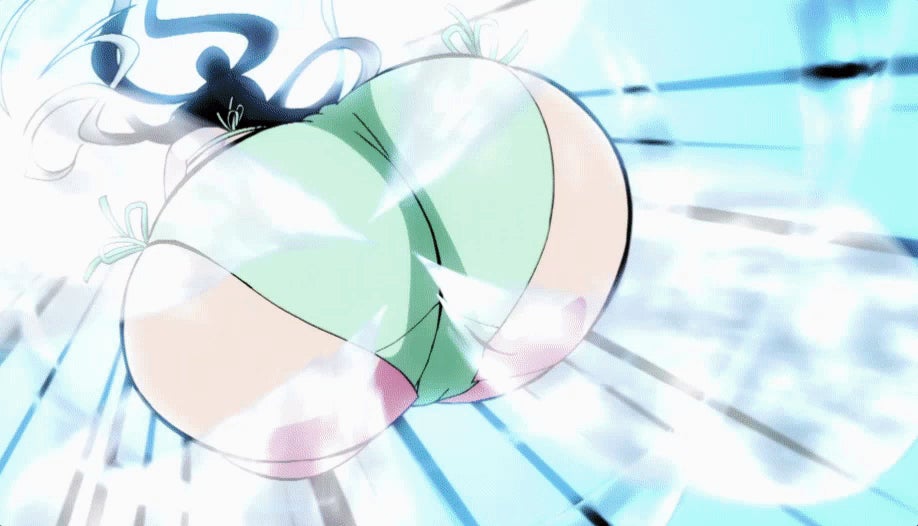 In Keijo!!!!!!!!'s first episode, which aired on October 6, protagonist Nozomi Kaminashi begins attending Setouchi Keijo Training School. Several former judo students hone their arse and breast-slamming skills, blasting opponents off floating islands called "Lands". Yes, they flirt with each other. Of course their swimsuits are sheer. Yes, it has dorm room shenanigans. It is a thing that exists in a world that is increasingly horrible and full of deplorable things.

Predictably, the director of Keijo!!!!!!!! was previously a storyboarder on Upotte!!, an anime about sexy girls who are also machine guns with a similarly immoderate number of exclamation points in its title.