How Halloween Became A Thing In Japan

When I first came to Japan in 2001, Halloween was not a thing. At all. Well, it was if you were foreigner, but Japanese people just didn’t really get it. Now they do more than ever and are putting their own spin on it. So what happened? 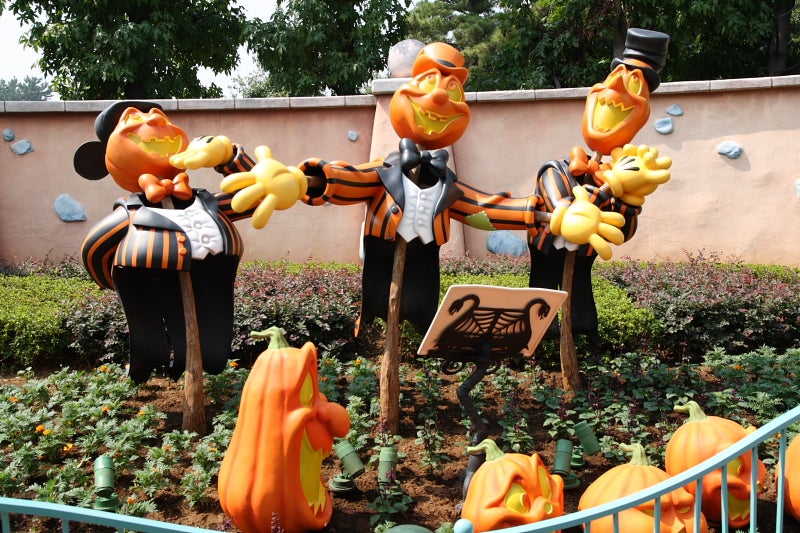 Both Tokyo Disneyland and USJ provided an easy way for Japanese people to enjoy Halloween and laid the groundwork for the Halloween to expand to other businesses hoping to cash in.

Prior to this, Halloween in Japan used to only mean foreigners wearing funny customs in bars and drinking on public transportation. The infamous “Halloween trains” in both Tokyo and Osaka became infamous, with foreigners in costumes taking over trains and turning them into wild parties, disrupting people’s commutes.

These Halloween trains caused such an outrage online in Japan that in 2009 protesters appeared at Shinjuku Station in Tokyo carrying signs that read, “Stupid Gaijin, Get out of Japan!” and “We Japanese Don’t Need Halloween!” Obviously, people were upset with how these Halloween trains were disrupting commutes in disrespectful ways, but images like this and Japan Probe‘s coverage at that time remain curious time capsules when looking at how Japanese people in costume now celebrate the Halloween in Tokyo by flooding into streets, turning either areas into street parties like this: 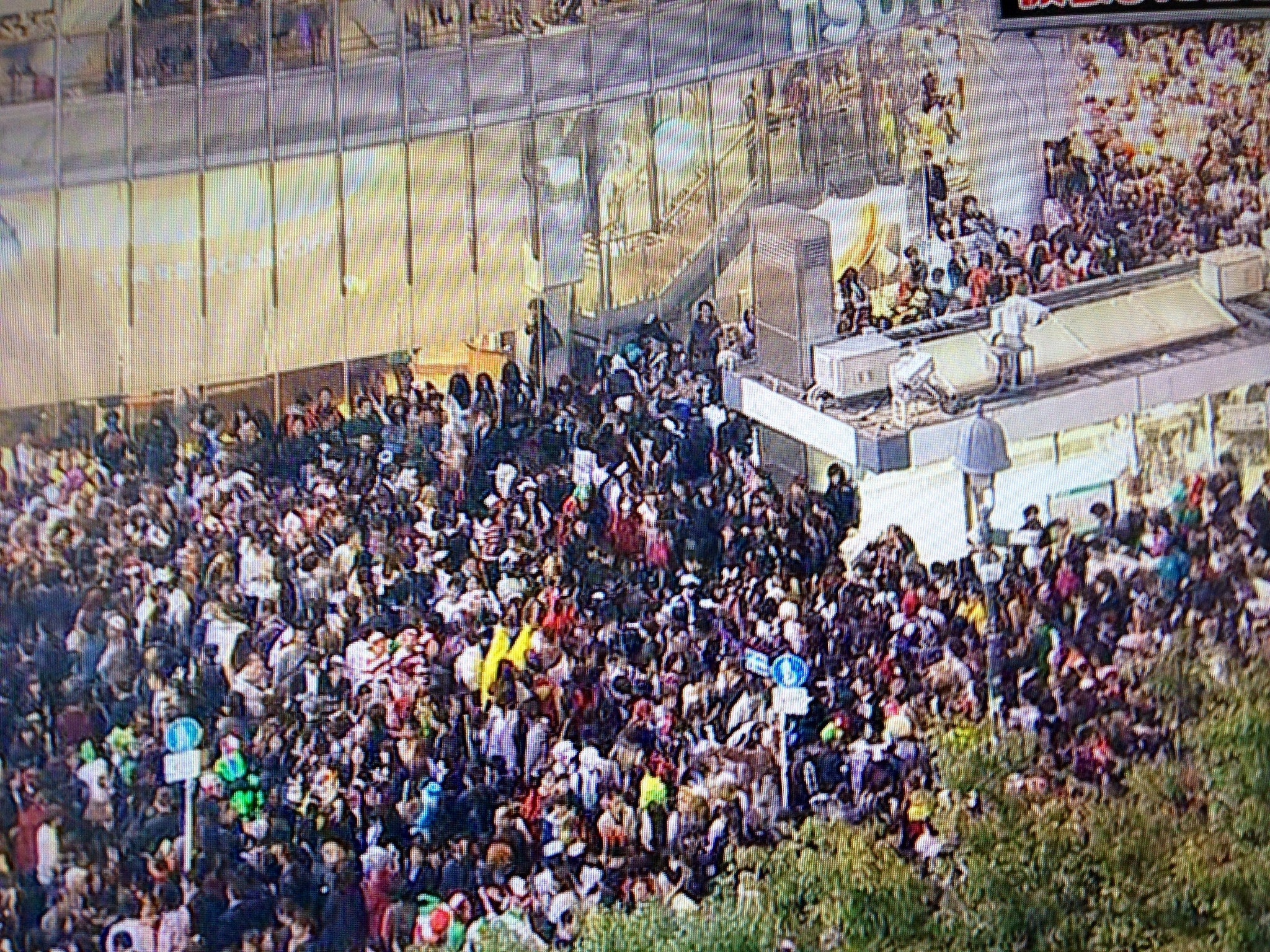 Even before Halloween caught on, it seemed like it would be a logical fit for Japan, being the country that gave the world cosplay. There isn’t widespread trick-or-treating (and where there is, it can be highly organised), but more and more kids are going to Halloween parties and dressing up.

Then there’s an increasing amount of merchandising, which ranges from small pumpkins (normal sized ones are incredibly expensive), cakes, cookies, ice cream, and more. You now see Halloween decorations in stores and even on some TV shows and each year, it’s more and more popular. If you’ve lived in Japan for the past decade, you’ve seen the birth of a new holiday right before your very eyes. 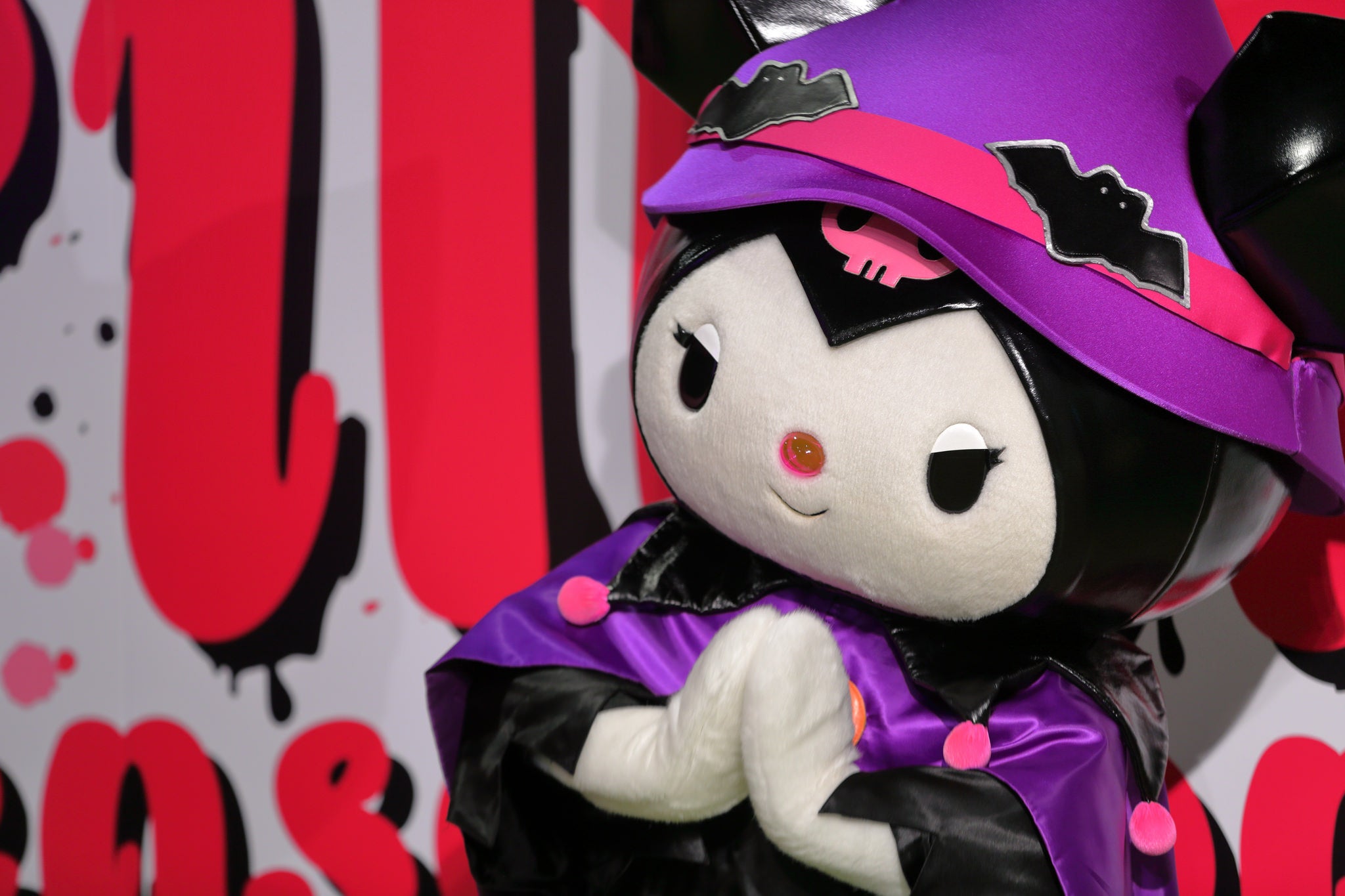 But it’s not as simple as Japan importing an American holiday or just playing dress up. Take the colours associated with Halloween. In America, the dominate Halloween colours are orange and black, but green and purple also put in appearances. The same is true for Japan, but purple has a slightly different nuance.

The purple in Japanese Halloween does refer to witches or spells, but it also sweet potatoes, which are autumn and winter foods in Japan and which can have purple skins. There are also purple yams, which are, well, purple inside and out.

The connection is not lost on the Japanese and you might see Halloween cakes made with sweet potatoes or even Halloween themed sweet potato food products, such as this:

These McDonald’s Halloween fries have “purple yam and chocolate sauce”.

Japanese pumpkins are also a autumn food, but they are green on the outside, so imported orange pumpkins are not a symbol of the autumn harvest, but of Halloween, full stop. So, even though Halloween is still fairly new to Japan, the country is already doing its own take on Halloween, changing to it suit the its own culture. There are, however, important intrinsic differences between Halloween in Japan and Halloween in America.

That month, there are the Obon holidays, when the spirits of the dead visit household shrines and when families clean the graves of the deceased. (However, these days, some people go on vacation or just relax at home for a “death free” Obon.) Still, the idea of death is tangible as people visit their family graves. Spending time in cemeteries means the spooky notion remains, with people telling scary stories on TV. During the hot, sticky month, people traditionally tell scary tales to send chills down their spines. Yurei, or vengeance spirits, often appear in these stories. 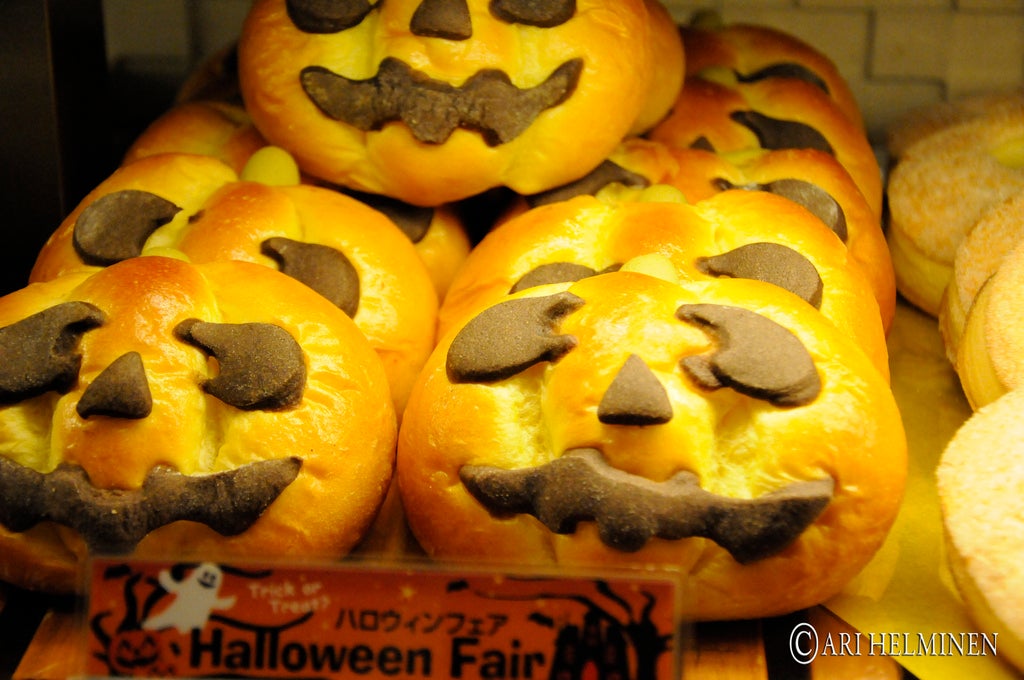 “I can almost guarantee you that you will never hear the word ‘yurei’ with Halloween in Japan,” Alt tells Kotaku. “You’ll hear ‘ghost’ or ‘obake’, the Japanese word for ghosts, because those are relatively cute. Yurei are fucking terrifying. You can quote me on that — fucking terrifying.”

Yurei Attack!‘s co-author Hiroko Yoda says that the lesson behind yurei is that if you mistreat someone, they will come back to haunt you. “It’s a karmic thing,” she says. Yurei, however, are indiscriminate. Alt calls yurei “spiritual landmines” that are relentless and determined to kill pretty much whomever is in their way, and it doesn’t matter if you are completely innocent or not.

The West has a wide variety of ghosts — from terrifying, vengeful ghosts to, well, friendly, cute ghosts. Yurei are not cute. They are not friendly. Because of that, Alt points out, you pretty much never see “Yurei” marketed on toys. Instead, toy companies use “obake” (ghost), which seem softer. 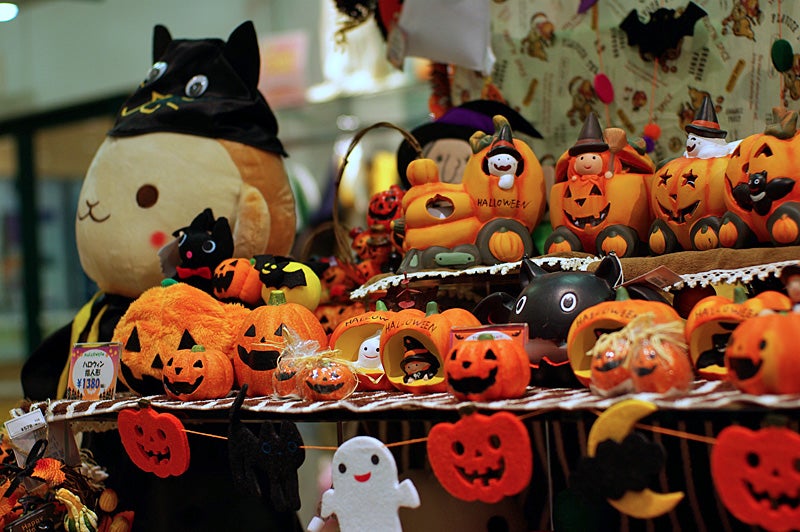 What’s more, Obon isn’t marketable in the same way Halloween is and doesn’t exactly inspire a slew of merchandise.

In the West, Halloween is closely connected to death, with its roots in festivals of the dead as well as All Saints’ Day. But in Japan, it isn’t seen that way; it’s a holiday imported from America. It doesn’t have the close connection to death like Obon, thus making it somewhat abstract in Japan.

That doesn’t mean it cannot be scary in Japan — there is an uptick in the number of haunted houses during autumn and many of them are terrifying. Though, like the Resident Evil attraction now at USJ, they’re not centred around yurei but zombies. There’s still a clear distinction.

While the Disney version of Halloween is cute, zombies add the scares for Halloween in Japan, so it’s not uncommon to see groups of young women dressed up in nurse or maid outfits that are “zombied” with the addition of blood or a troupe of young dudes all dressed as Power Rangers. As each new generation of Japanese grows up with Halloween, it will continue to evolve and suit local sensibilities, and it might blur lines between traditional Japanese horror and the newer Halloween traditional.

Even now, bit by bit, there appears to be a conflation between traditional Japanese scary creatures and Halloween. No doubt, with the passage of time, this will most likely accelerate.

Tokyo station is decked out in a cute yokai-meet-Halloween theme for the season. So odd seeing yokai with Jack-o-lanterns! pic.twitter.com/qWp1Qo8Z0C

“Everyone loves haunted houses, because they’re fun,” says Alt. “Everyone loves candy and dressing up. Halloween becomes an excuse in Japan to enjoy the spooky season again.” In Japan, Halloween is still a stopgap of sorts, allowing Japanese people the opportunity to enjoy another spooky season, that’s slightly more carefree and fun, instead of tangible death and terrifying yurei. 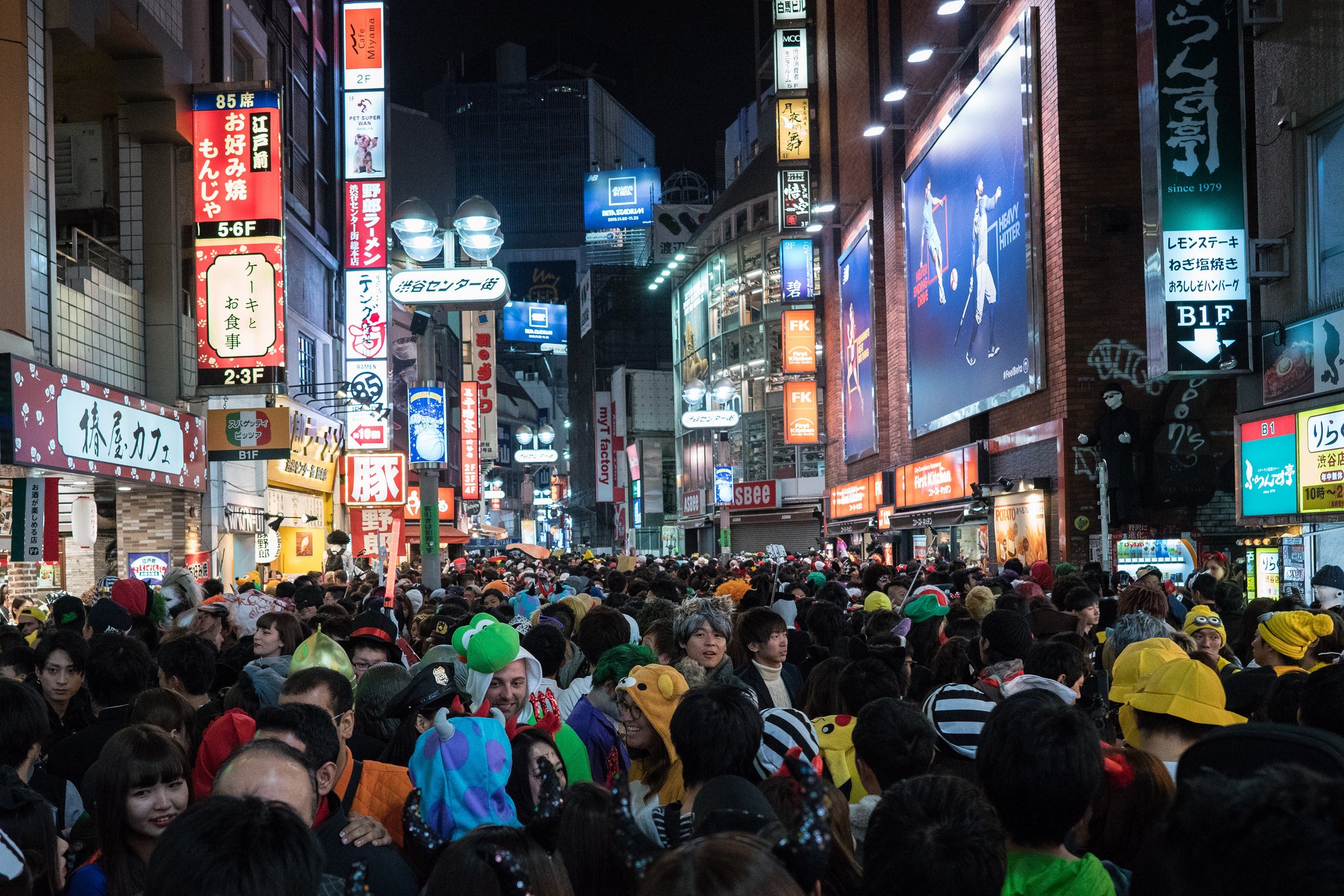