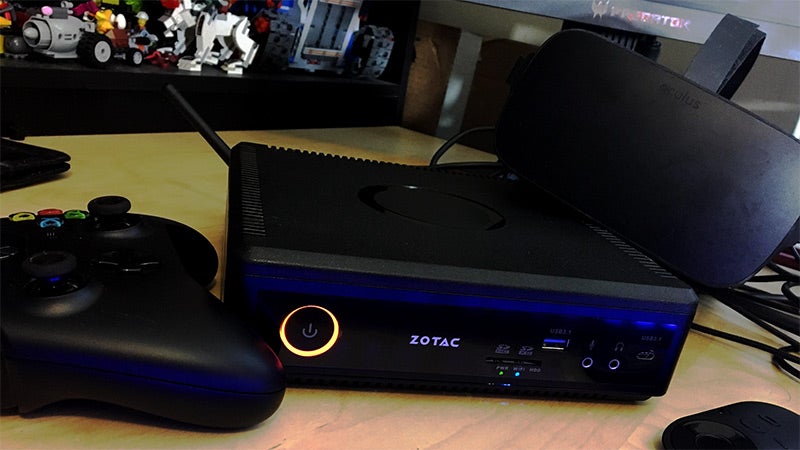 With recent advances from both AMD and Nvidia bringing mobile graphics processors within a breath of desktop power levels, PCs that make use of laptop tech to be tiny are more powerful than ever. I'm currently playing with Zotac's GTX 1060-powered Magnus Zbox, and it's handling VR like a champ.

Zotac launched the original mini PC back in 2009, basically taking the same sort of hardware you'd see in a laptop and engineering them into a much smaller form factor. Without the need for an internal keyboard or display, clever engineering can make for some very small machines.

Pioneers in the market since the market was a market, Zotac's one of the first manufacturers to bring the latest powerful mobile graphics technology to the mini PC market. They have recently released a series of new models in their E-series line, the Magnus EN1060 and EN1070, powered by the mobile versions of Nvidia's GTX 1060 and 1070 respectively. 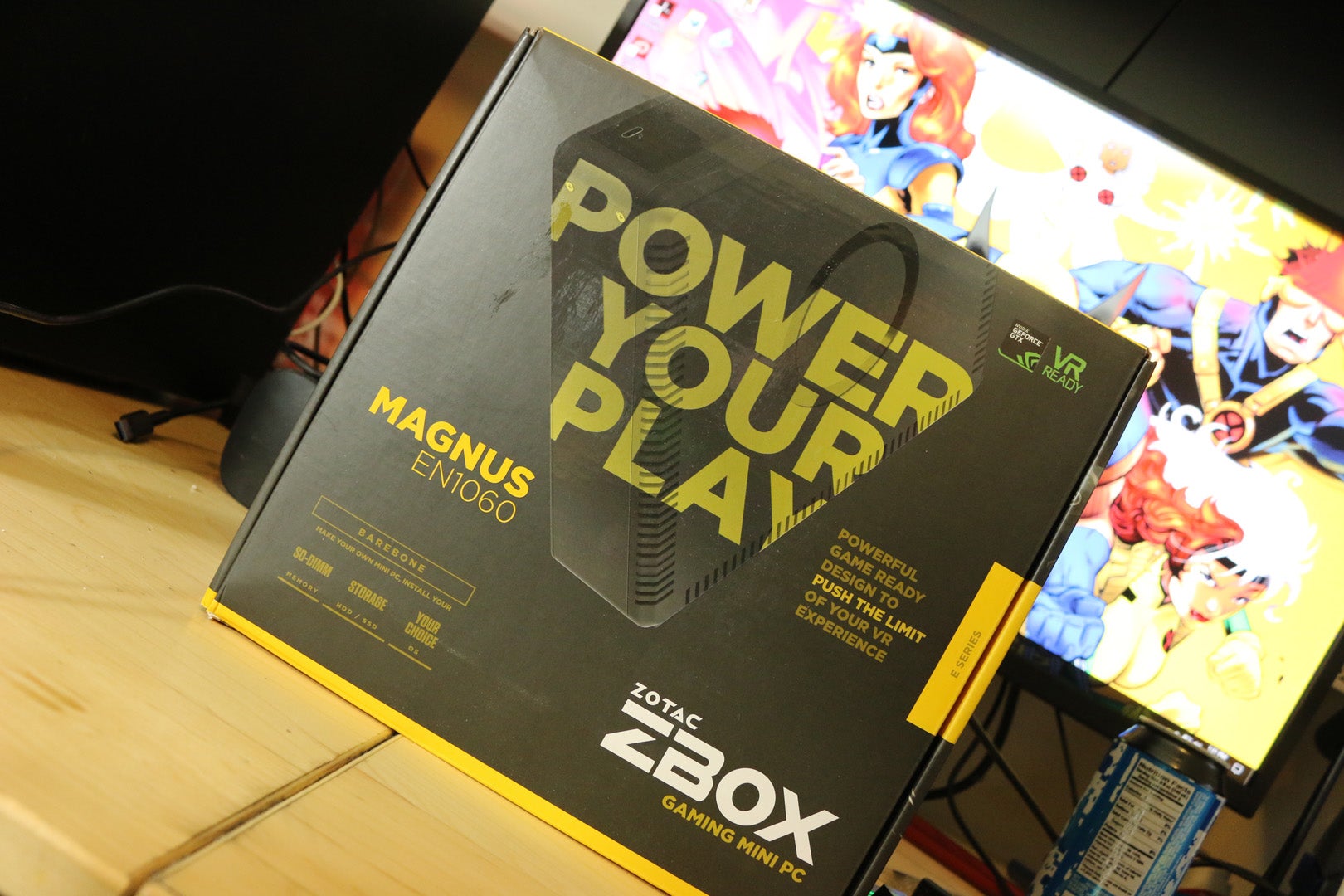 I've been testing out the EN1060, the lower-specced of the two systems. Pricing on the two units is a bit sketchy at the moment, as it doesn't seem to be widely available in the States, but I've seen prices for the barebones version of the 1060 seen here at around $US1,000 ($1,318) in Europe. I'll nail down pricing once I'm ready for a full review.

The EN1060 comes in three flavours, each with the following tech at its base. 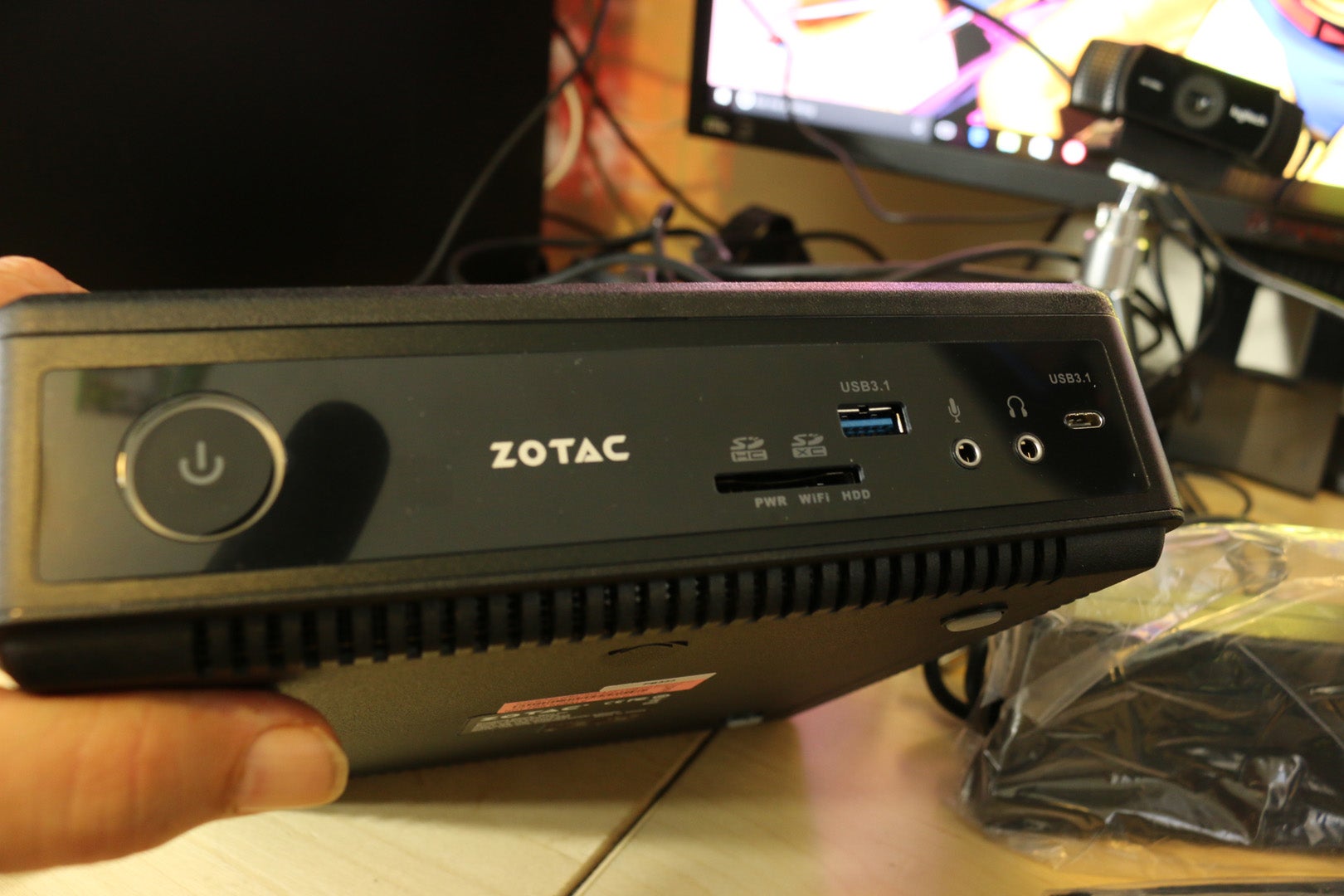 The barebones system I am testing requires the end user to supply memory and storage, so the first thing I did was open it up to seek inside. 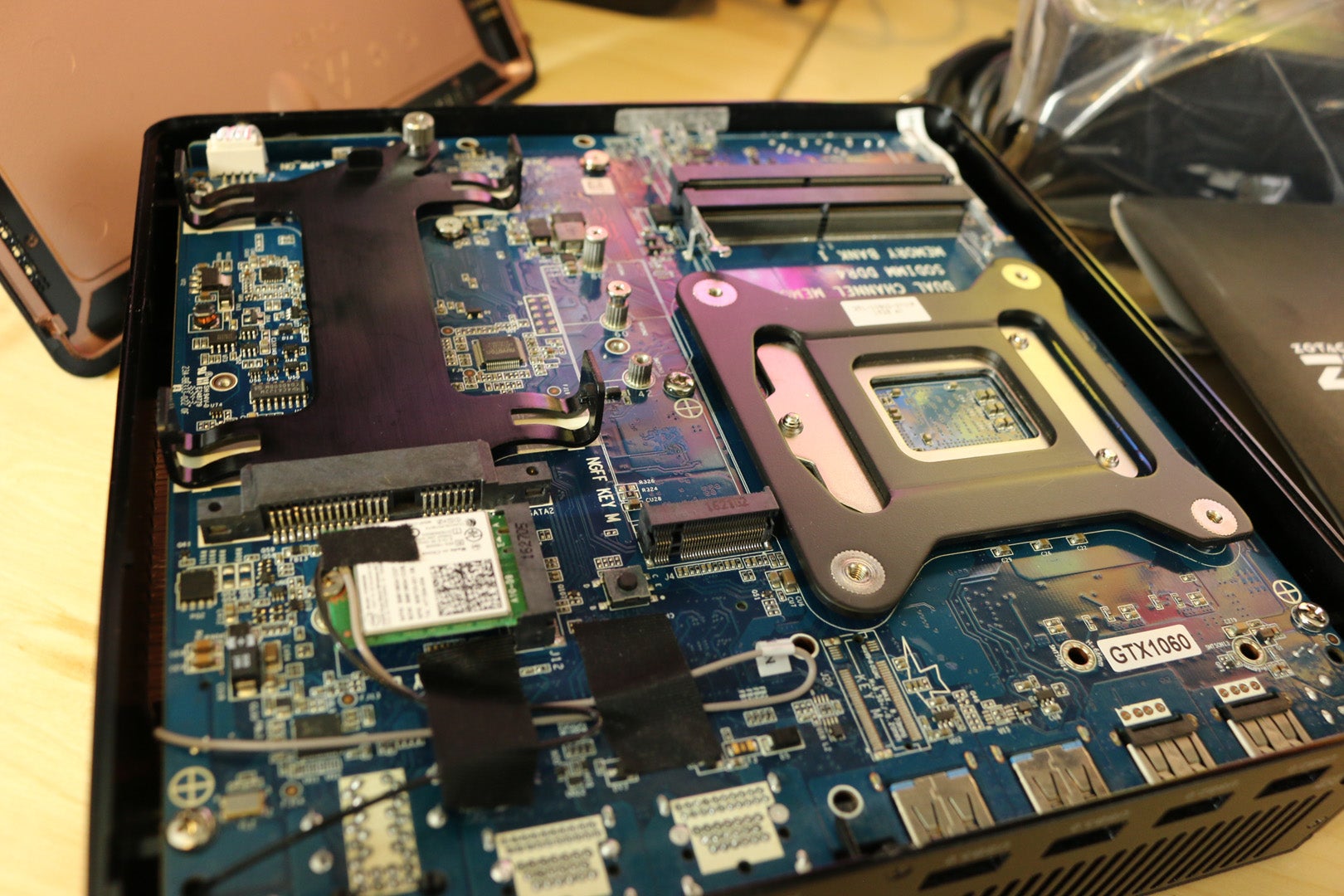 There isn't much you can do wrong in here. There's a clip for a 8cm hard disk, two spots for SODIMM memory (up to 32GB) and an M.2 socket. 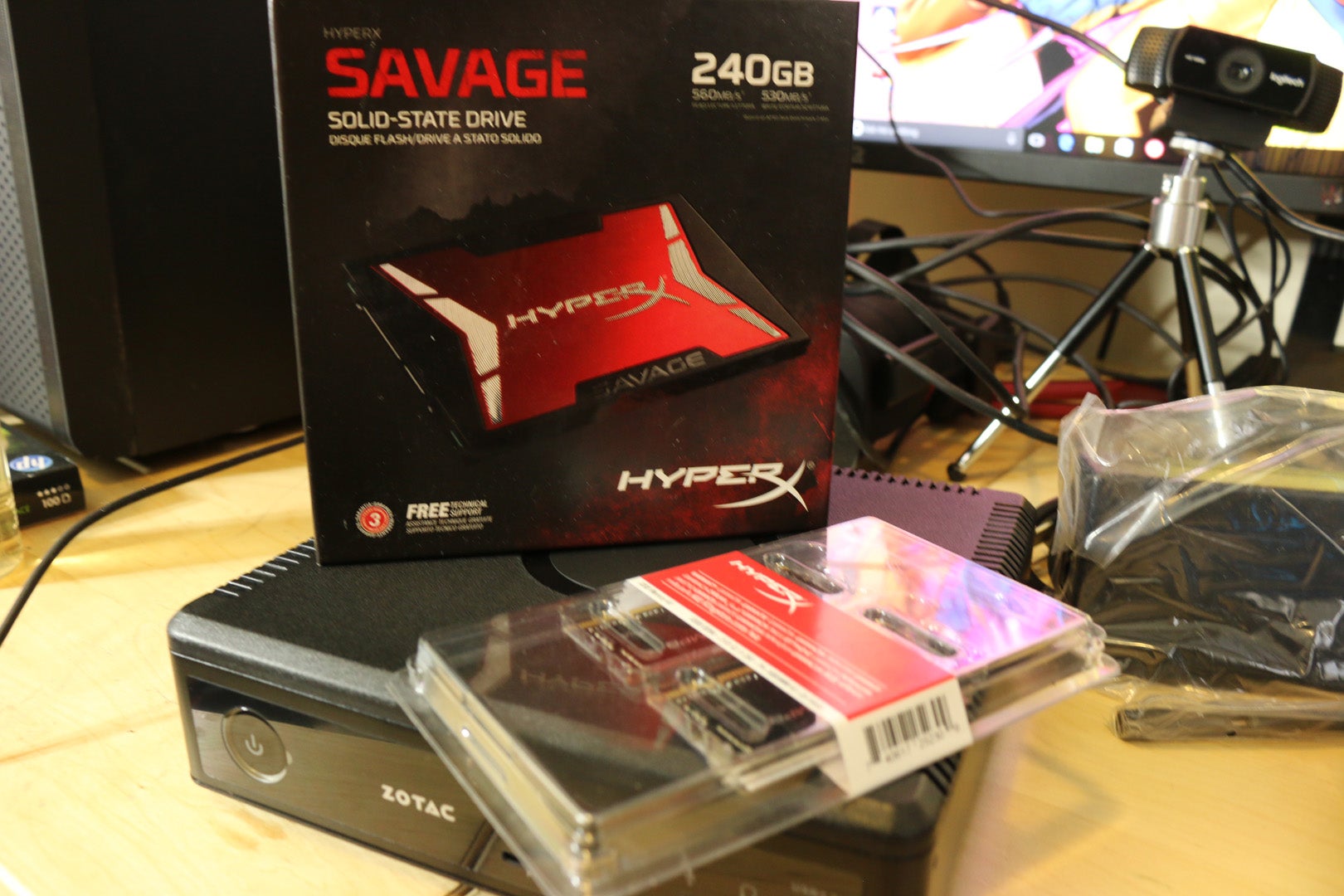 To supply the bits I was missing, I turned to Kingston's HyperX line of gaming-centric hardware. One 240GB Savage SSD and a pair of 16GB SODIMM and I was in the booting business. 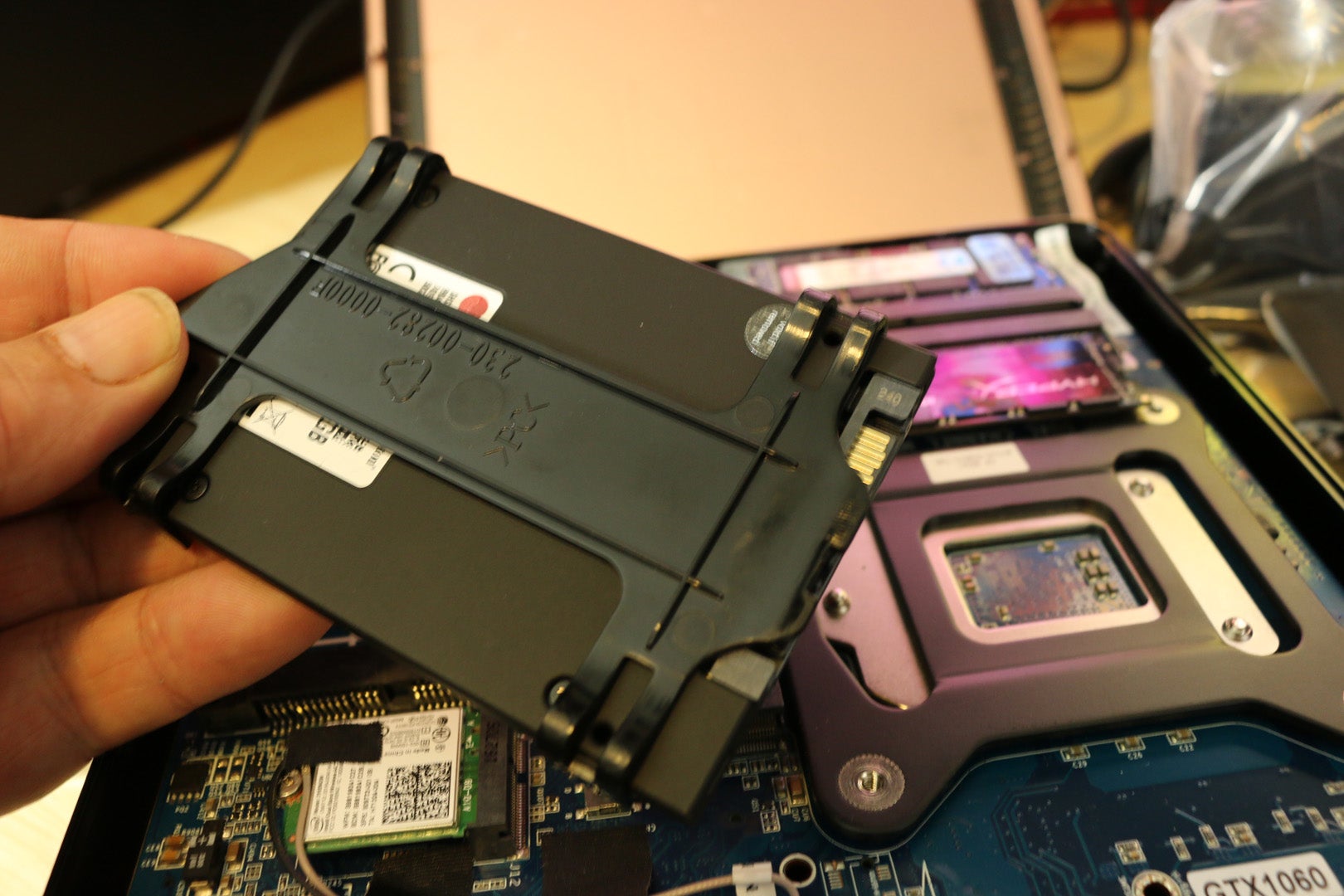 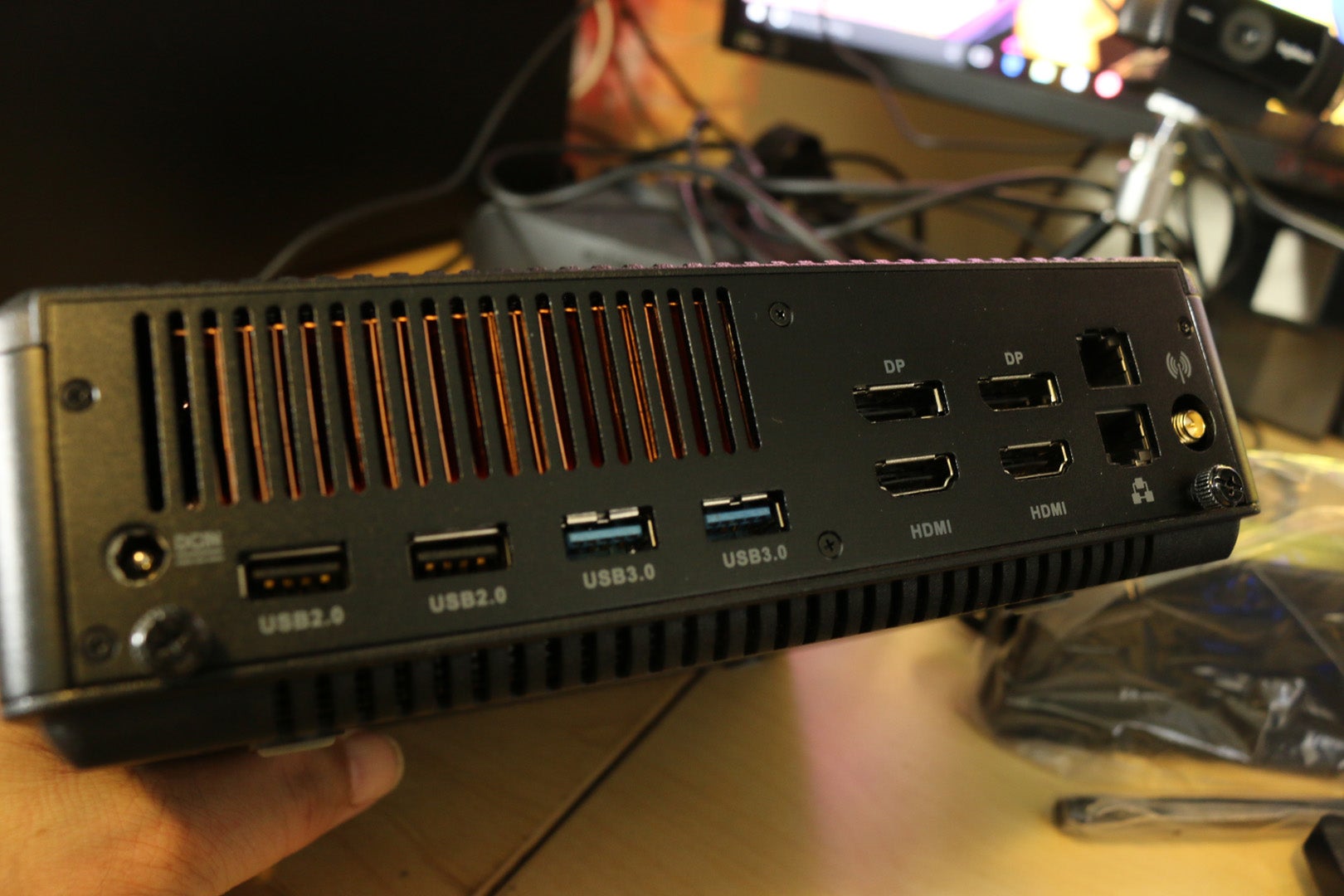 A DP port, an HDMI port, and two USB 3.0 and my Rift is ready to go. The mobile 1060 is on the very cusp of VR-readiness, so while Valve's HTC-ready tool found the Magnus EN1060 to be more than capable of running VR games with the Vive . . .

Checking the Oculus compatibility list, both the mobile 1070 and 1080 cards are listed, but not the 1060. That's not to say the mobile 1060 does not work — I've tested several games already on the system and have had a relatively smooth experience.

So now I have a small box on my desk capable of powering the two major VR headsets, both of which take up far more desktop space than the system itself. 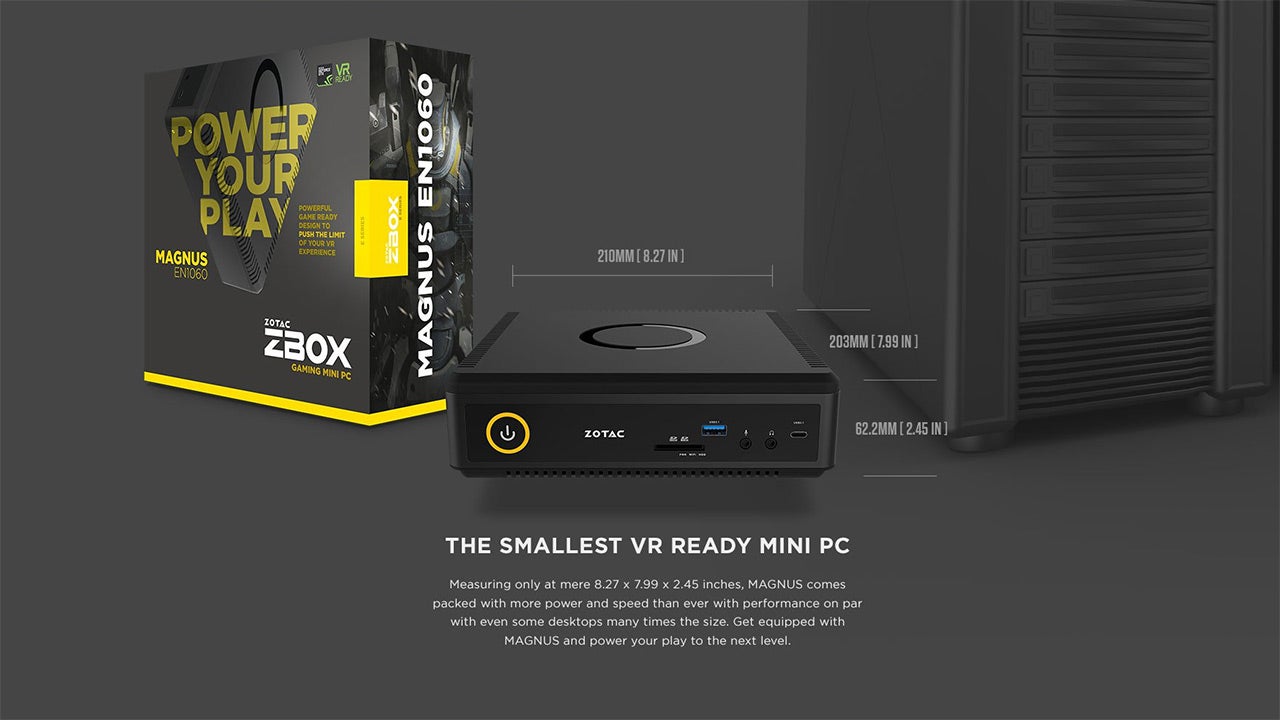 The Magnus EN1060 Zbox from Zotac says it's the smallest VR ready mini PC, and so far it is definitely a very small computer that works with my VR hardware. We'll see how it fares in the long run — expect a full review in the coming weeks — but initial impressions and testing indicate that a technology that requires all the wires and sensors and controllers could really benefit from being powered by a relatively tiny box.