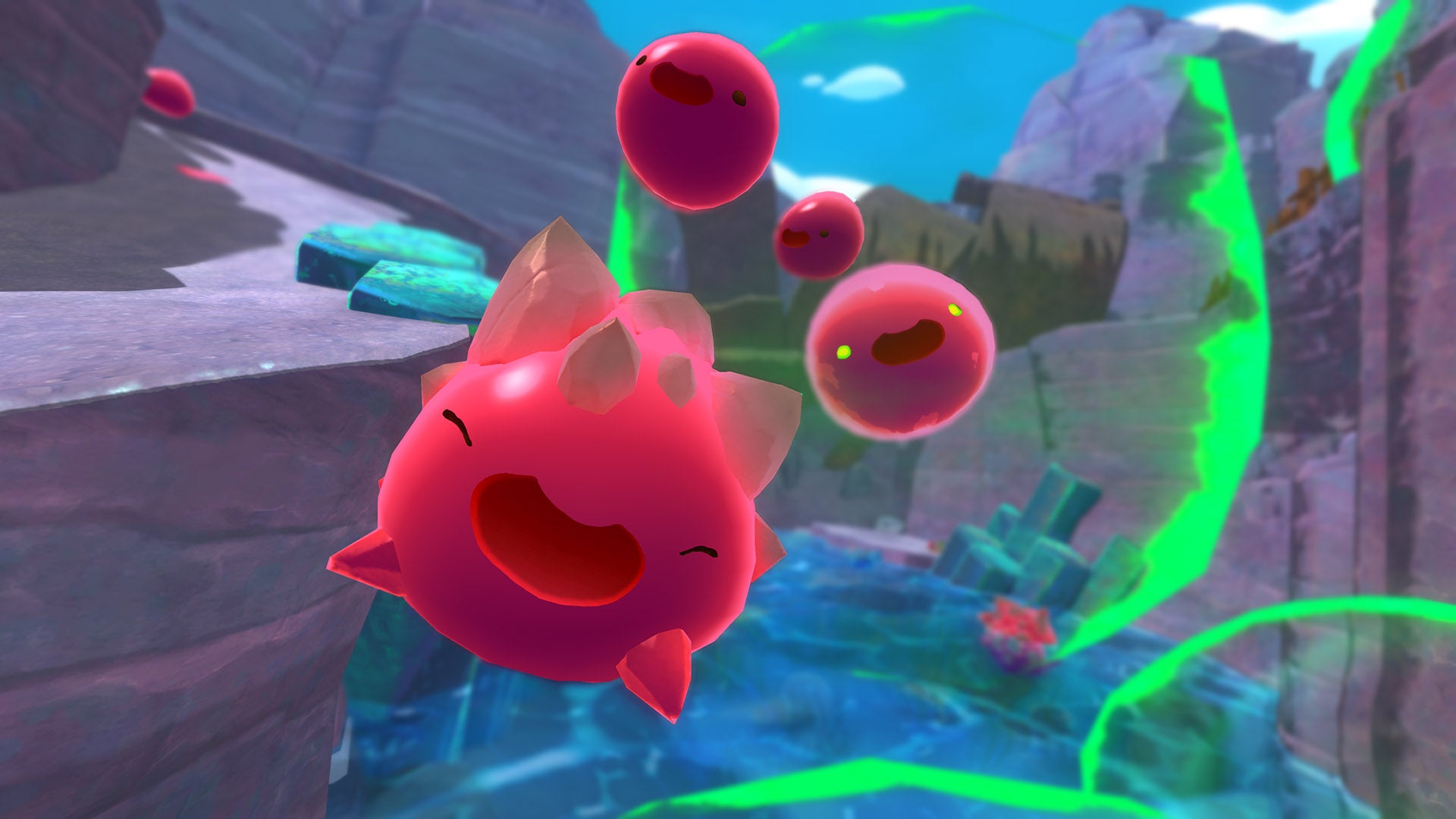 When the hustle and bustle of the real world brings me down, I always know there's a little piece of paradise a few clicks away. Slime Rancher is full of goopy slimes and their magical poop. If I ever need a break, I spend some time with them. Kotaku took a look at Slime Rancher back when it debuted on Early Access. Since then, the game has expanded admirably with new updates and a release on the Xbox One. It's a colourful little romp where you manage a farm of neat slime pals.

The core loop is pretty simple. Explore outside your ranch, capture slimes, bring them back and tend to them. Feeding them makes them poop some crystalline currency (adorably called plorts) that you can use to build up your farm. It's as simple as that! That simplicity has been a life saver. 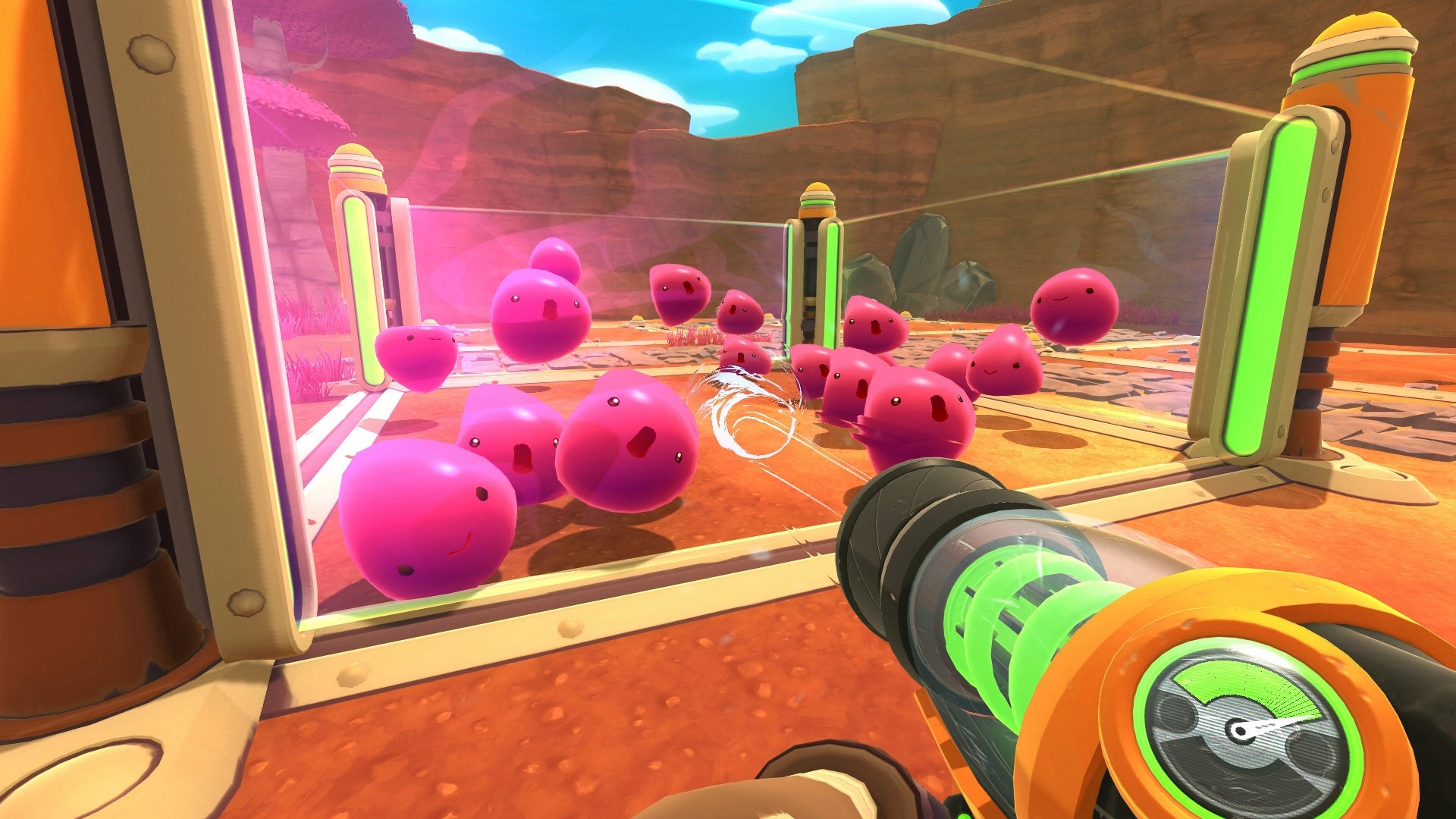 While I enjoy a game like Harvest Moon (shout out to More Friends of Mineral Town), I've always felt a certain type of pressure when playing them. Making sure I'm hitting the right events at the right time on the right days or trying to optimise my farm's layout can be stressful. Slime Rancher avoids all that. It's messy and I'm allowed to be imperfect. As my totally real and absolutely not fictional school teacher Ms Frizzle once said: "Take chance, make mistakes, get messy!"

I've felt a lot of performance anxiety lately. It sometimes feels like I can't make mistakes. Working at Kotaku is amazing but demands a truly fast working pace. I'm still struggling to figure out how life works in the big city. And I put on an exhausting performance every day in order to make sure my gender identity shines through and that the guy selling me some pizza says "miss" and not "sir". It's a lot to manage.

Slime Rancher doesn't have much for me to manage and I'm not afraid to make a mistake on my little farm. My slimes always have a smile on their face even if I mess up. That's a small thing in the long run but it definitely counts. I'm not usually a fan of games as catharsis but when return to my bright and goofy farm at the end of the day? I can help but smile as wide as my slimy little friends.