The Controller For The Mini Famicom Seems Small

Do you have small hands? This might be the controller for you! [Image via Game Memo]

In Japan, Nintendo has released console specs for its Famicom Classic Edition, but they do not include the controller's width. 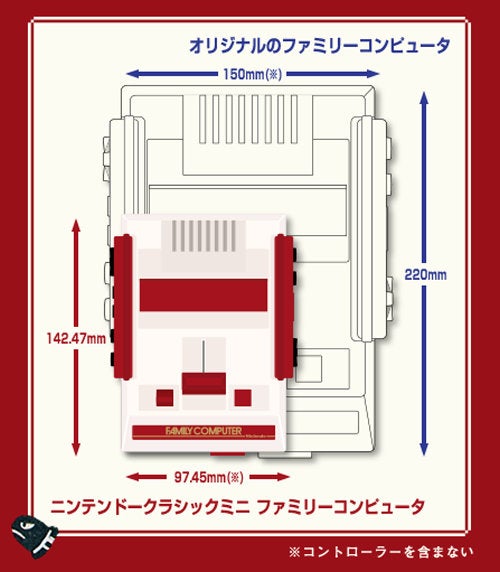 At the bottom, it states that the controller is not included. [Image via Nintendo]

Going by the above specs, Japanese website Game Memo guesses that the Famicom Mini Controller is about 9cm across, which is about 3cm smaller than the original controller.

The NES Mini is TINY. Like, 4x6 inches, about the width and length of a postcard. pic.twitter.com/OKbfkzy8V9

The NES Classic Edition, however, is the same size as the original NES controller. This probably wasn't possible with the Famicom Classic Edition, because the controllers are stored in the console's side slots. Having a regular sized controller would have made the mini Famicom look odd. 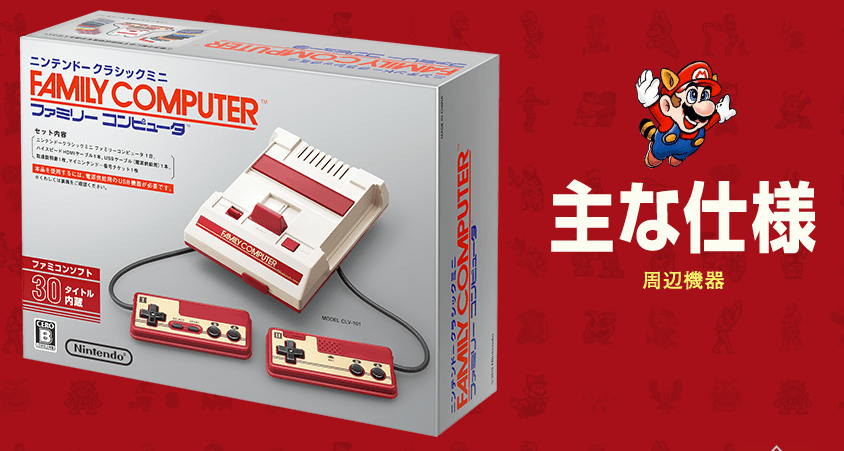 Is 9cm too small? Well, according to Nintendo, the Game Boy was 9cm in width and the Game Boy Color was 7.8cm. It's a feasible size, though small. 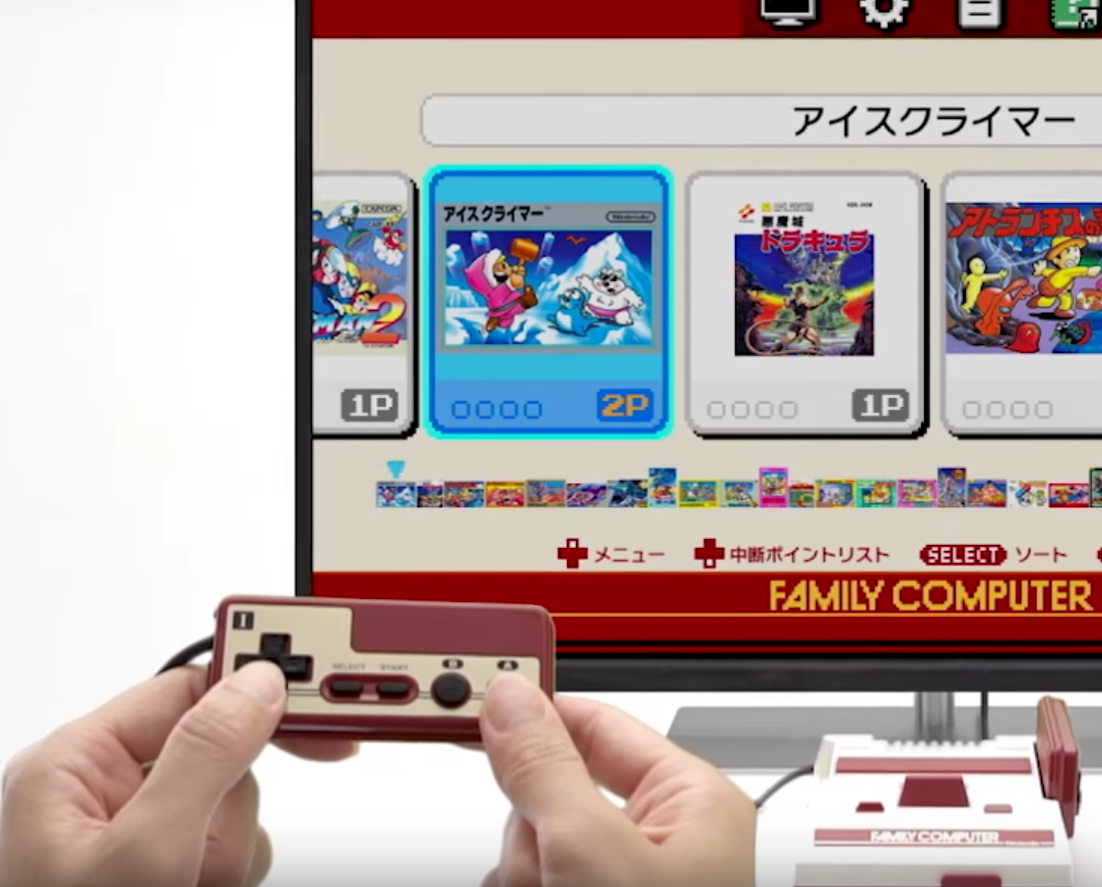 It looks like it's the size of a business card. [Image: Nintendo]

Via 2ch, here is how the Mini Famicom controller compares to the original, the Game Boy Micro Famicom edition, and the New 3DS. 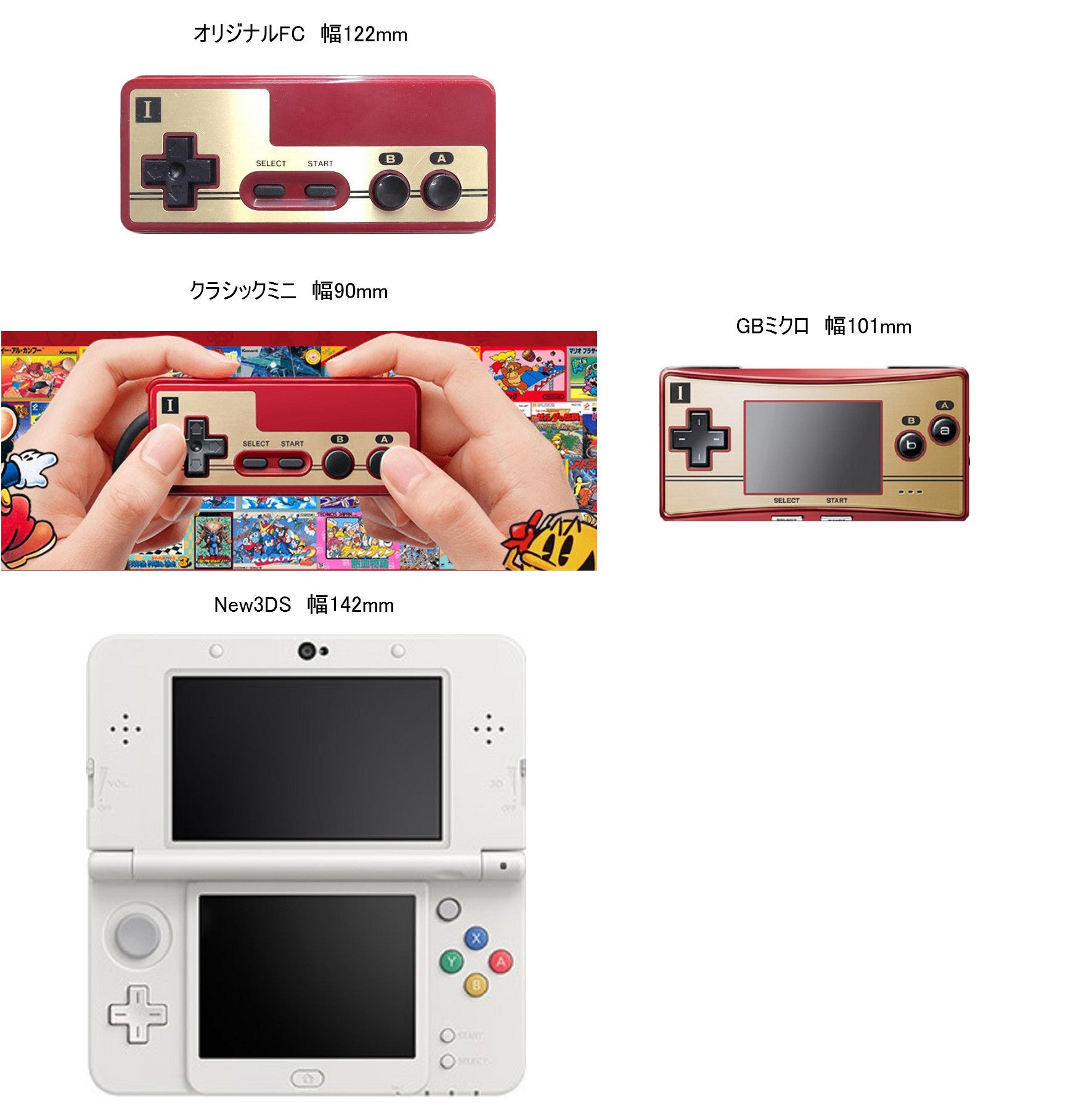 Kids and adults with baby hands should love it.