There’s A Narcos Game, But It Sucks 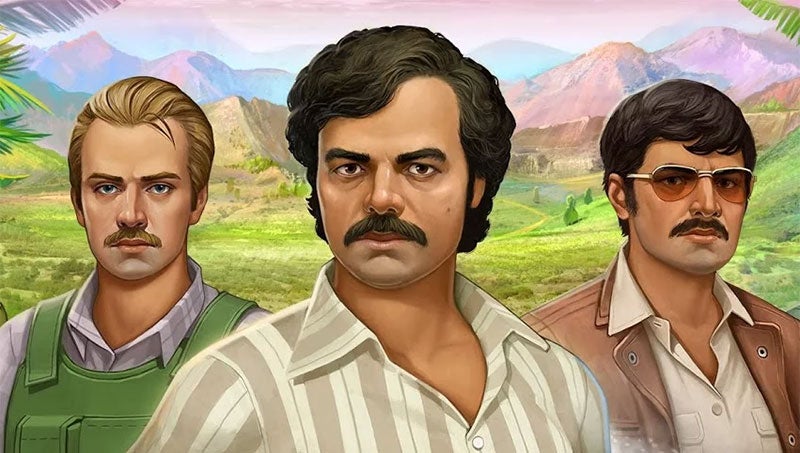 Imagine my delight when I saw that there was an official game based on Netflix’s excellent Narcos! Then imagine my despair when I played it and found out it wasn’t just terrible, but it had almost nothing to do with Narcos.

The television series is about the hunt for Pablo Escobar, told from both the perspective of Escobar himself and his pursuers, and it’s a gripping tale of murder, politics and betrayal. It really is one of the best TV shows made in years.

The game? It’s mobile store listing is padded with some cute little animated versions of the show’s main characters, as well as brief mentions of selling drugs and using DEA agents on missions. All designed to make you think this is a cool little game that’s actually based on the show!

Um…maybe this happens in season 3?

The reality, though, is that this just another fucking base-building game for a phone. You build buildings, you build turrets, you employ soldiers, you send them into other people’s bases to wreck stuff. You’ve played this game before, whether it was Clash of Clans or Star Wars: Commander. This one just has some weirdly animated Narcos cutscenes and a few mechanics tacked on the side to warrant getting the licence in the first place.

The trailer below tells you everything you need to know. It actually does a really good job of replicating the experience of playing: The first 16 seconds are interesting and somewhat related to the show, before the turrets and dudes carrying miniguns and paratroopers start showing up and you get all sad and bored.

It’s a shame. I often complain that Telltale both licence too much and get stuff not really appropriate for their brand of dialogue simulator, but if ever a game platform existed to do a Narcos adaptation justice, that would have been it.

Or, well, anything except this.