Thumper Is The Best Kind Of Music Game 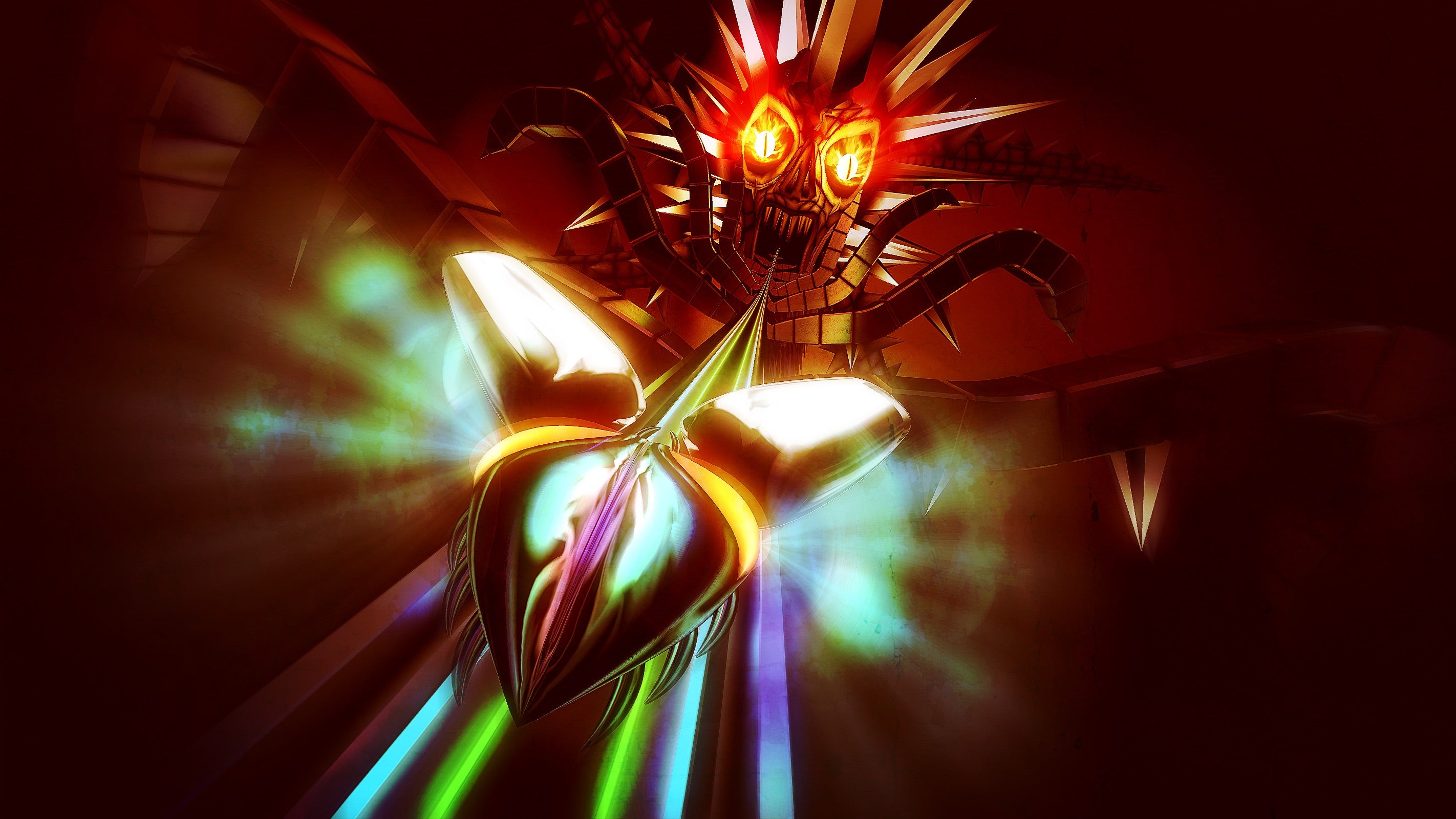 Thumper is the type of rhythm game I’ve been missing: Savage, relentless, and fierce. This game’ll bite your head off, man.

Music can be sweet and harmonious. Ah, a lovely flute solo! Such a shimmering string arrangement! It can also be brutal and physical, with the power to shake your bones and rattle your spirit. Thumper, out this week on PC, PS4 and PSVR, aims to do some rattling.

The game was made by two ex-Harmonix developers named Brian Gibson and Marc Flury, who collectively go as Drool. Gibson, who composed the music, is perhaps best known as the bassist in the indie noise-rock outfit Lightning Bolt.

Drool bills Thumper as a “rhythm violence game,” which is a cheeky description but also an accurate one. The setup is extremely simple: You control a glowing beetle as it zooms along a track through some sort of neon Hell dimension. In your path are glowing gems and various obstacles. You have to slam the “A” (or “X”) button whenever you pass a gem. The other obstacles require a simple controller input to navigate. Hit A + left on the stick to take a corner to the left. Slam A + forward to extend your wings and smash through a barrier. Hold down A to blast through toothpick-like walls.

Fail any of those, and you’ll take damage. Take enough damage and you’ll die and go back to the last checkpoint.

I’ve played and replayed two of the game’s nine levels. I’ve mostly been playing on PC, with a bit in PSVR as well. Thumper works well in VR, though it’s just as cool on a regular screen. The game’s precision and musicality aren’t really enhanced by wearing a headset, though it’s certainly more immersive and intense. Bosses loom above you in the distance, and while the visuals are grainer and lower resolution, I actually found I did better in the VR version than I did on a screen. Could just be that I was familiar with the first level by the time I played it in VR. (The developers say that Thumper will get a free Vive/Rift update by the end of 2016.)

Between them, Gibson and Flury have worked on genre-defining music games like Amplitude, Guitar Hero and Rock Band. With Thumper, the pair demonstrate their music-game bona fides in subtle ways, mostly relating to tuning and readability. It’s easy to scan and prepare for what’s next, despite all the psychedelic kaleidoscoping going on in the background. Whenever the background distracts me from hitting a beat, it feels intentional.

Most every rhythm rings out before you’re asked to repeat it, which gives the game a call-and-response flow. You’ll constantly be alternating between listening and executing. Glowing gems become the kick drum; hard turns become the handclap snare. BOOM… CLACK! … BOOM-CLACK! You burst through barriers and they play a hi-hat fill. Dat-da-dat-da-dat BOOM… CLACK!

This recent gameplay trailer effectively captures what the game sounds like and gives an inkling of what it’s like to play:

Thumper’s boss fights work like the rest of the game, except there’s an abstracted monster waiting for you at the rail’s terminus. (You can see an early boss battle in the gif partway up this post.) During a boss fight you’ll occasionally have a chance to land on a pulsating bomb gem — hit it in time with the music, and the beat will stutter as you send it careening back up the track and into the boss’s mouth. Complete a few of those and you’ll clear the level.

Like Devil Daggers did earlier this year with Doom, Thumper takes a classic formula and strips it down to its rawest, most hypnotic base. The beats are ferocious. The pace is relentless. My thumb started blistering after 20 minutes. Play this game.