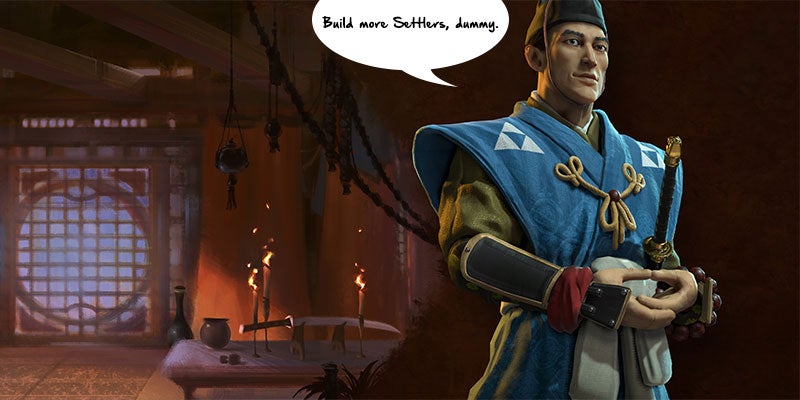 Civilization 6 is a very good video game! It’s also got some weird complexities and systems that aren’t explained properly, as well as some neat little headen features, so here are some tips for getting the most out of it.

In Civ 5, cities could defend themselves, so you could concentrate on building improvements. Not here. Civ 6’s settlements won’t have their own defences until you complete some research, so in the early stages of the game it’s worth building a decent little army.

You’ll need it for defence against barbarians and over-zealous AI, but it’s also handy for warmongering types; early units are cheap with the right policies, and you’ll find you can roll over quite a few neighbouring Civs early on without much trouble.

Before you build a district, send in a Builder to harvest any resources there first. Dropping the District will clear the tile of that bonus, but if you send in the Builder first you’ll get a decent cash injection for harvesting it. Oh, and always harvest a marsh, regardless of what you plan to do with it, they’re largely useless.

Lots of Districts and Wonders have bonuses that apply to cities within a certain number of tiles (usually 4-6). So plan the expansion of your empire carefully, keeping cities relatively close together, and when it comes time to build industrial zones in particular, try and arrange it so that any later bonuses (like those from power plants) will spread to multiple settlements, not just the one it’s being built for.

Don’t fear expansion in Civ 6. Its annoying link to happiness from Civ 5 is gone, meaning you’re free to erect new cities as long as you can afford them and have the space/will to build them. Indeed, some opponents, like Trajan, will remind you to do this if you’re not. Early expansion is the easiest way to secure areas of the map that contain valuable resources and strategic bottlenecks.

I could do this all day.

Hold ’em down and you can pan the camera around. It snaps back once you let go, sadly, but it’s a nice way of seeing the world from a new angle.

Civ 6’s new city state system is neat, in that it lets you spend “envoys” to them in return for favour. And while, like Civ 5, there’s an ultimate end-game to this (gaining the principle favour of the city), don’t sweat it if you can’t achieve it. You get nice consolation bonuses for the 1st, 3rd and 6th envoy you send regardless of who is their best friend, so if you spread these around instead of focusing on just one or two, you can collect a nice spread of perks, on everything from faith to production to gold.

As I said in my review, happiness is a lot easier to keep on top of in Civ 6, but it just because it’s easier to manage doesn’t mean there’s no managing. Your people will still get unhappy, and if they get too unhappy they will riot (spawning barbarian units outside your cities). The obvious way to keep this under control is to do what the game tells you — build more amenities — but you can also get big boosts to satisfaction by diversifying your luxury resources. Each type brings happiness to your people, so if you’re surrounded by lots of different varieties, snap ’em up. If you’re not, but you have multiples of one type, trade it with other Civs for their luxury resources.

In Civ 5, you really only needed to set up trade routes between your own cities if one of them was starving. In Civ 6, though, it can be handy to do this, at least early on, because until you can build Military Engineers trade routes are the easiest way to build roads between your cities, since your Traders do it automatically in their wake. 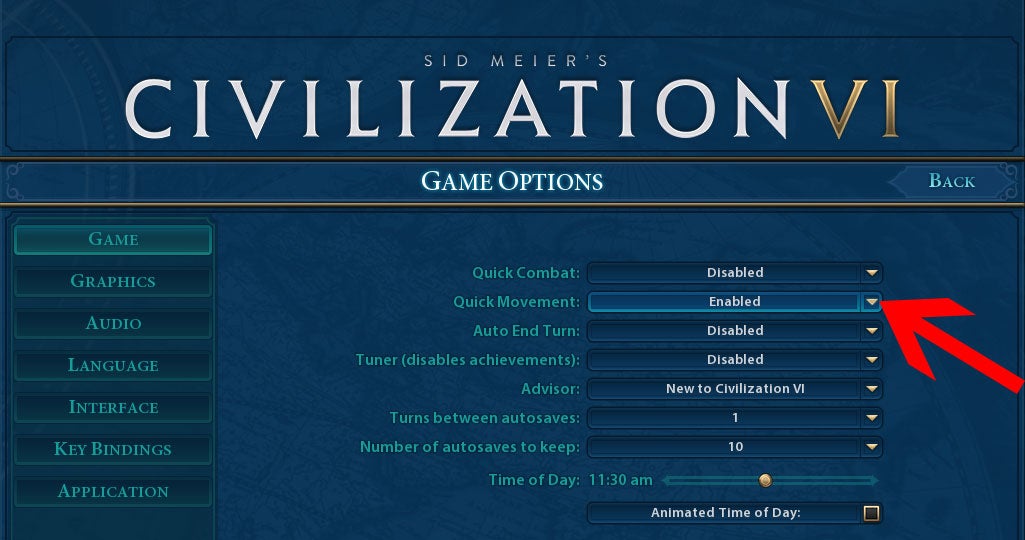 This tip is an oldie, but a goodie: after you’ve checked out some of Civ 6’s smooth/cute unit movement animations, turn them off. It will save you a lot of time, especially between turns, since the AI will animate everything moving inside your field of vision.

Got any good ones you’ve discovered so far? If so drop ’em below!