Winners! Flights And A Trip To PAX Australia, Thanks To Magic: The Gathering Kaladesh 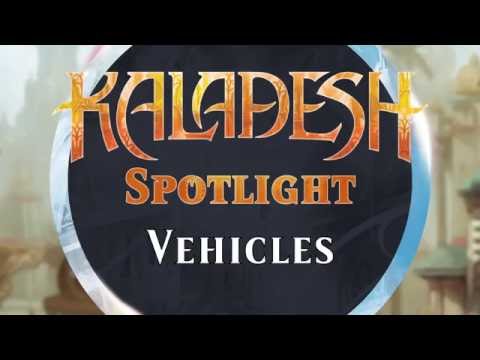 The results were surprising. I expected breakdown stories, close calls and the like…

I didn’t expect to FEEL THINGS.

But that was the general theme, so many of my favourite entries to this competition were incredibly moving. Seems like a lot of Kotaku readers had key moments of their lives occur inside vehicles. Who knew?

This made selecting a winner for this competition extremely difficult.

But I still chose one! So congratulations to…

Quiz_b
Attempting to impress a new girlfriend, I suggested a movie and some dinner. The movie was ok, but by the time it had finished most things had closed. Attempting to impress my lovely lady friend, I suggested we go to a Maccas…250Km away, on the other side of Tasmania. Being a non-driver, dating her first guy with a licence, she agreed and thought it would be fun.

The car trip was awesome. Despite the chilly spring night, she had her feet out the window and we had tunes blaring and it was like every road trip scene in every movie ever. We reached our destination, laughed about the fact that I’m driving her on a nearly 500 km round trip so she could eat a hamburger we literally could have got 200 metres up the street. As we travel back, Tasmania does what Tasmania does – change weather on a whim. A windy, wet storm moved in. It got worse, the closer we got to home.

I was 19, just on my P plates and not very confident driving at night, much less through a storm. But slow and steady wins the race, and I was only 20km from her house when disaster struck. I aquaplaned – not on a little street, but on a four lane non-separated highway. After what felt like ages, we stalled facing into the traffic on the other side of the highway. A truck passed us at 50km, missing us by a less than a metre.

I got her home in the end. She leaned in the car window and above the howling wind said “You stupid boy. You nearly killed me on our third date. I’ll give you one more chance, ok?”
We celebrate 13 years together next week.

Congrats to Quiz_b. We’ll be in contact. You and a +1 are now going to PAX Australia courtesy of Magic: The Gathering Kaladesh!

(Also, just quietly, I really like the following entries. You guys and girls

lenarim
When I was a kid, my mum worked nights. We only had one car, so every night my dad dropped her off at work. I was still too young to be left at home, so every night I was bundled up into the car, pillow in tow, fussily protesting.

I’d usually sleep on the way to Mum’s work, but during the half hour trip home, Dad would play his mix tape. It was full of his favourite 70’s/80’s hits, and he’d crank up the volume and belt it out to Meatloaf, Queen, Bowie, like a man possessed by the rock gods he idolised in his youth.

While I’ve always been a heavy sleeper, I had limits, and blasting the Pet Shop Boys in a 1991 Toyota Camry is one of them. Once Dad knew I was awake, we would play a game. During the instrumental opening of a song, I had to yell out the title, artist and the first line of the song. I struggled at first. But little by little, night by night, I learnt not only the title, artist, and first line of every song in that mix tape, but all the lyrics too. We would belt it out together, on the empty roads in the middle of the night, nothing but streetlamps passing us by.

Fast forward, I’m 19 and need one more hour of night driving to go for my licence. Dad and I are in the Camry, the roads are quiet and still, just us and streetlamps. I reach over, and before he can ask, he sees the CD. As the instrumental starts, I look over and smile, “Title and Artist?”

It’s been years, but when I’m driving and hear Under Pressure on the radio I can’t help but break into song.

miki12
I was on my way to my very first job interview. I was all dressed up and noticed a hot guy in a bright and shiny Mitsubishi checking me out. So what do I do? I make eye contact, give him my best smile, and give a little wave before passing him in traffic. We played this flirtatious game for a few blocks before I lost him in traffic.

Guess who my very first interview was with?!?! Mr. Mitsubishi of course! His first question… “so are you always so friendly to strangers?”.

Gazillah
Growing up I wasn’t too close to my dad.

Well there wasn’t anything wrong with our relationship. I didn’t hate him or that he was bad father. He just worked pretty hard. As a refugee who came to Australia during the Vietnam war. He was like many others who had very little English. found a job to try and provide for the family. There wasn’t much bonding time. He just worked and worked. Growing into my teenage years, it was time for me to learn how to drive. My father would come home tired and would put time out to teach me how to drive. A lot of these learning sessions, my mother would tag along too. Now an overly worried mother in the back seat can make learning how to drive stressful…

(Stationary car waiting at the lights 150m away) “QUICK SLOW DOWN!!!”

(One hand scratching my itchy nose and not placing them 10 to 2) “PUT YOUR HANDS BACK ON THE WHEEL!!”

Growing up with an Asian background, we children can’t back talk our parents or we’ll get punished. To them they are always right. But dad had my back and together we would tell my mother to calm the heck down! To me, I was like hell yeah! I get to rebel against my mother with my father! Next I can ask for an allowance! (Which didn’t happen). Learning to drive with dad actually gave me time with him, where we talked about everything in general. Life and his past life. It was good. Looking back, I do believe that I became closer to my dad from learning how to drive from him. Even though my mother was scared she would try and tag along. I guess she really enjoyed the family bonding session in the car.

Thanks to everyone who entered!