You Can Get The World’s Largest Arcade Cabinet For Around $130,000 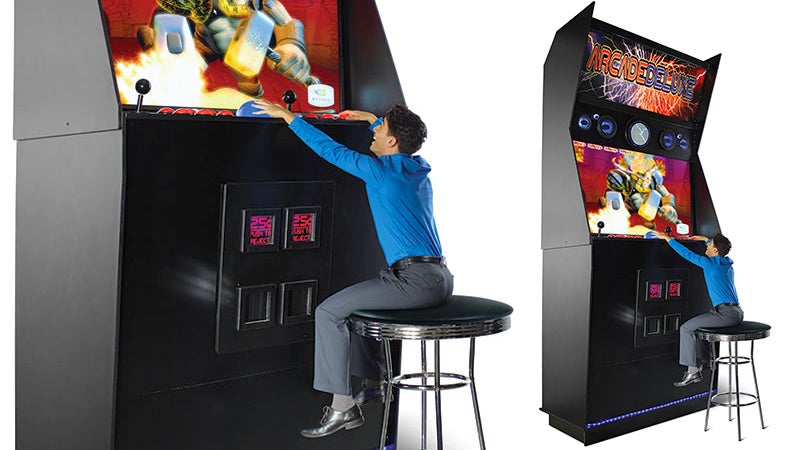 If you feel there’s something missing in the entryway of your McMansion with its towering ceiling, the world’s largest arcade cabinet might be exactly what you’re looking for. But if it ends up seeming out of place, that’s too bad, because at 4.39m tall there are few other rooms in your house in which this monstrosity will fit.

Originally created by Jason Camberis, the towering arcade cabinet is officially the world’s tallest according to the Guinness Book of World Records. And now you can own one, thanks to Hammacher Schlemmer.

With an 80-inch screen, a massive 41cm trackball, eight buttons and two joysticks, players can attempt to enjoy over 250 classic arcade titles served up by a full-blown Windows PC hidden away inside. It’s thankfully powered by a standard AC outlet — but it’s not all good news. With a price tag of $US99,000 ($130,461), you’ll be dismayed to learn that the machine’s coin slots don’t actually work, meaning there’s no chance of this thing ever paying for itself.