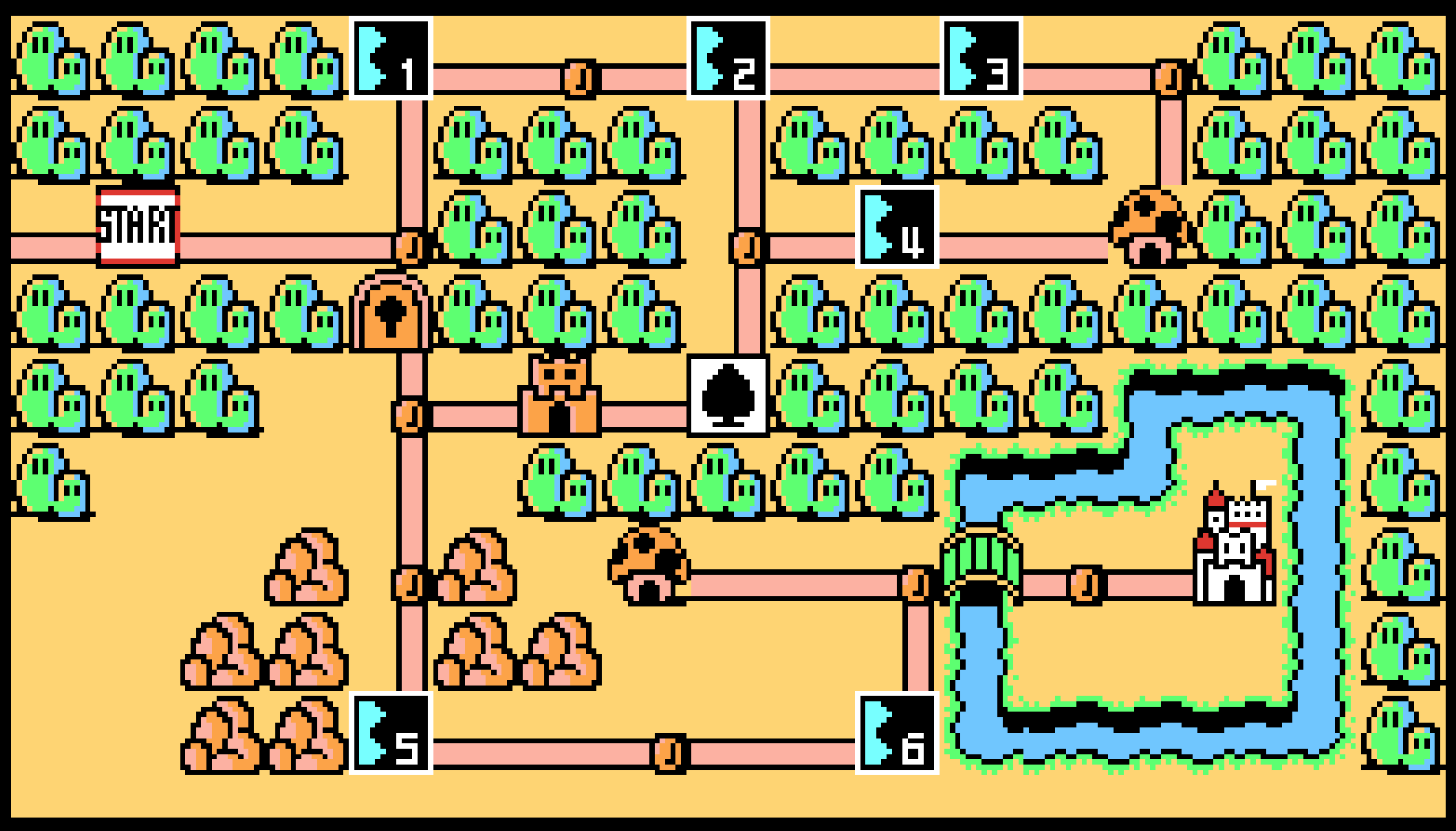 The Best of NES routinely gets some of the most veteran speedrunners of old NES games together to have them compete against one another and share their love of old games. At the end of October, it hosted a three day marathon, and before that, a back-to-back race through 20 different NES games. Last night, the organisation hosted a special event in honour of the recent release of Nintendo's NES Classic.

Of the 30 games that were originally released on the NES back in the 80s and 90s and can be emulated on the NES Classic, Best of NES chose 12 of them to have speedrunners Toad22484, KHANanaphone, and InfestedRiche race through. Each game had different win conditions. For instance, the players only had to make it through level 5 in Double Dragon II before they could move on to Ninja Gaiden, while a game like Mega Man 2 had to be completed in full.

Who ever completed them first would be crowned the winner. In the end, that turned out to be InfestedRiche, who finished his run, beginning with Castlevania and ending with The Legend of Zelda, in just 3:13:05. Toad22484 came in second place a full ten minutes later with a time of 3:23:18 while KHANanaphone followed another ten minutes after that at 3:33:53. 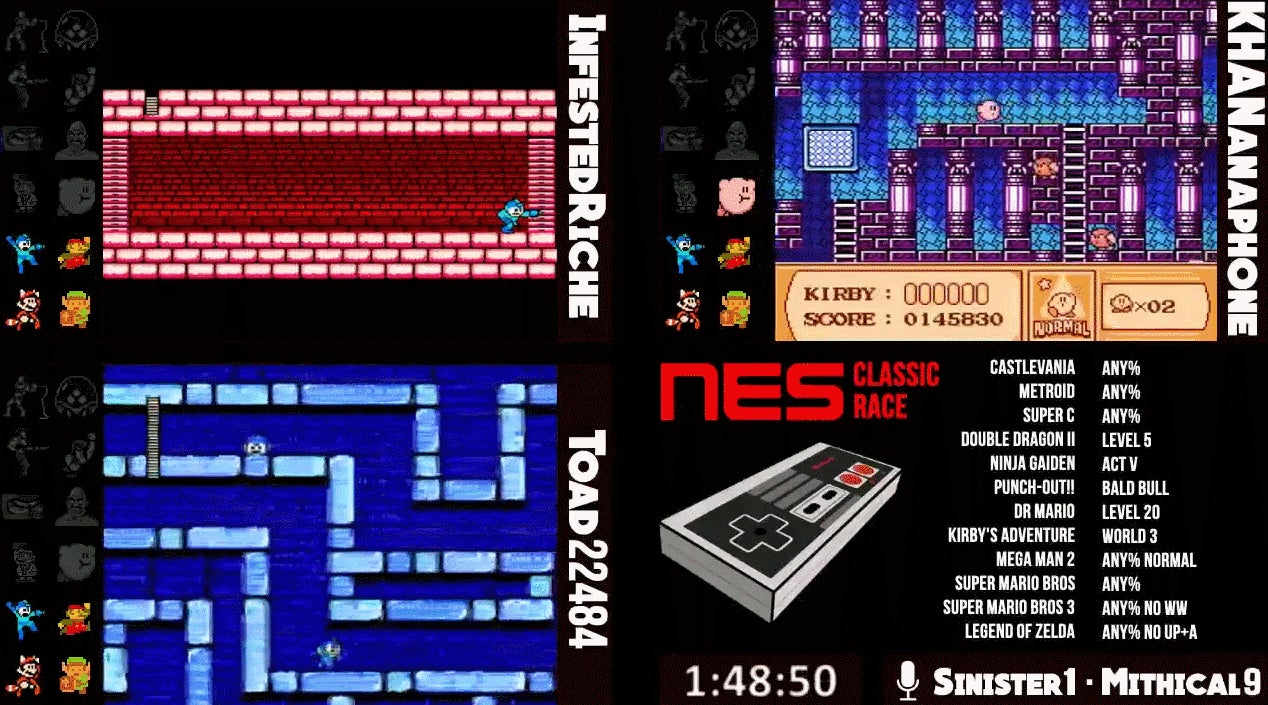 It can be hard enough trying to compete in a timed challenge for speedrunning a game you're an expert in, but the NES Classic Edition race had the added challenge of forcing its invited players to compete across some games their were less familiar with. Things stayed pretty close early on, but InfestedRiche slowly began edging ahead with each new game.

By about half way through, he had already made his way on to Kirby's Adventure while Toad22484 was still on Dr. Mario, and KHANanaphone had yet to finish off Bald Bull in Punch-Out!!. Things only got worse for KHANanaphone in Super Mario Bros. 3 when his progress took a hit after a game over.

There's also a number of special considerations for pro gamers who know these games like the back of their hands. In The Legend of Zelda, a consecutive kill counter can be manipulated to to force bomb drops from enemies at specific intervals, providing an advantage later on against bosses. And a glitch in the final fight against Bowser in Super Mario Bros. 3 makes it possible for players to remain invincible throughout the fight and not watch the King of the Goombas destroy himself.

And of course luck plays a roll as well. In addition to having strategies for what risks to take and when to take them, some things are simply beyond the players' control, like the hands in World 8 of Super Marios Bros. 3 that pop up randomly to pull a player into having to play an additional level. You can watch the full race below.