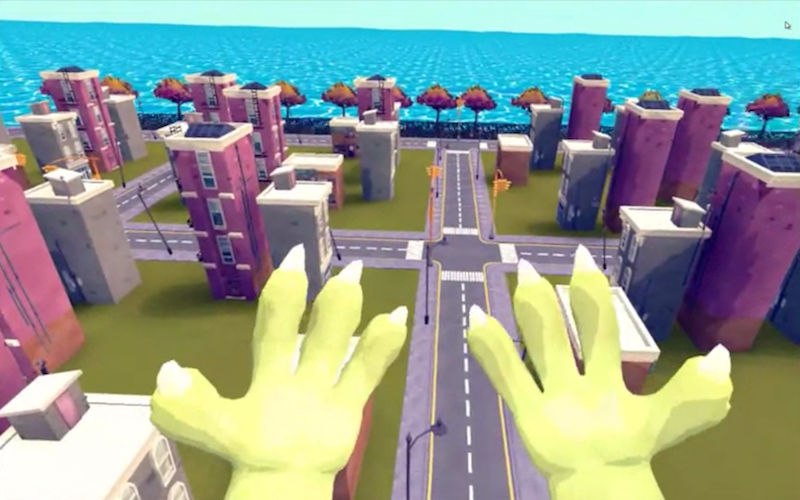 VR is for living out our dreams with no real consequences. And if your dream is to be an enormous, city-destroying monster, you're in luck: King Kaiju is here.

King Kaiju, available on Steam for the HTC Vive, gives you everything you need to go on a shitstorm mayhem spree of indiscriminate chaos. You have giant, green claws ("monster mitts"). You have a sandbox city. You have lots of flammable, little cars. And there are buildings that satisfyingly crumble when they're thrown into the ocean. Boom.

In Japanese, the word "Kaiju" refers to monster movies like Godzilla or Mothra. 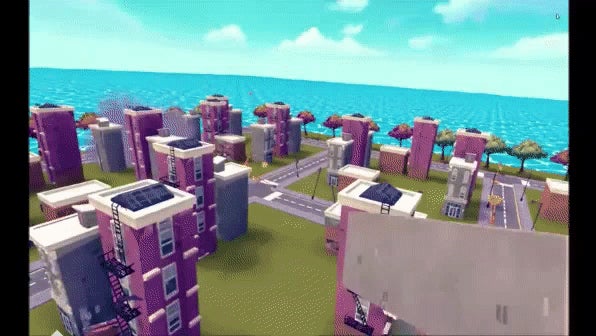 Developer Fire Hose Games published a similarly cathartic destruction simulator last year called Catlateral Damage, a "first-person destructive cat simulator". On King Kaiju, they write, "A masterpiece of sophisticated, thoughtful narrative with branching plot and meaningful character development... is not what this game is." They add, "YOU ARE A MONSTER. Go destroy!"

Later, the developers say they will include an "infinite city destruction mode".