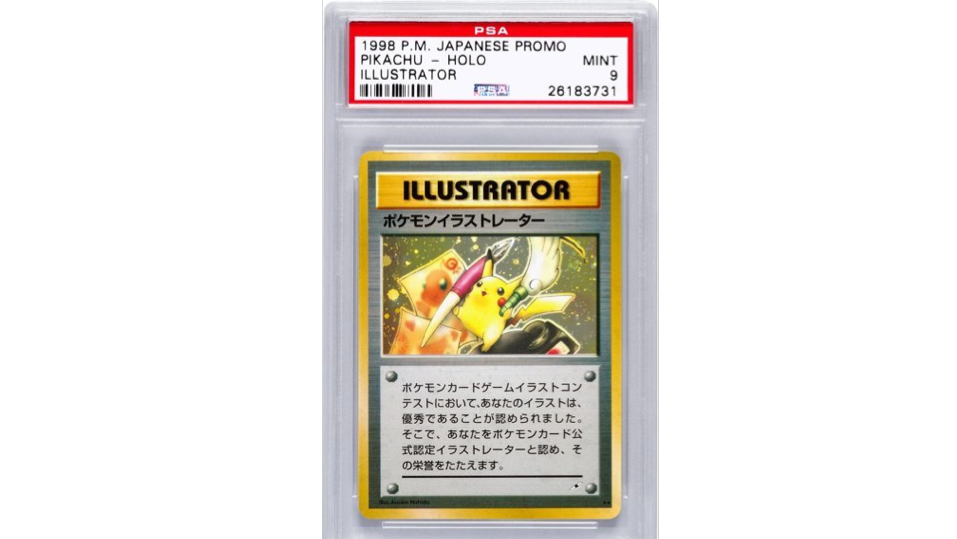 At an auction in Beverly Hills, a Pokemon Illustrator card fetched an eye-watering $US54,970 ($74,679), setting a new record for Pokemon card prices.

According to Barry Sandoval, Director of Operations for Comics at Heritage Auctions, a Pokemon Illustrator card went for around $US23,000 ($31,246) during the early 2000s. As noted on Go Nintendo, this latest auction smashed that record.

The Pokemon Illustrator card was a prize for CoroCoro Comic illustration contests in the late 1990s. A total of 39 cards were awarded, and as Bulbapedia points out, it’s unknown as to how many still exist. Those that do are worth a whole bunch.