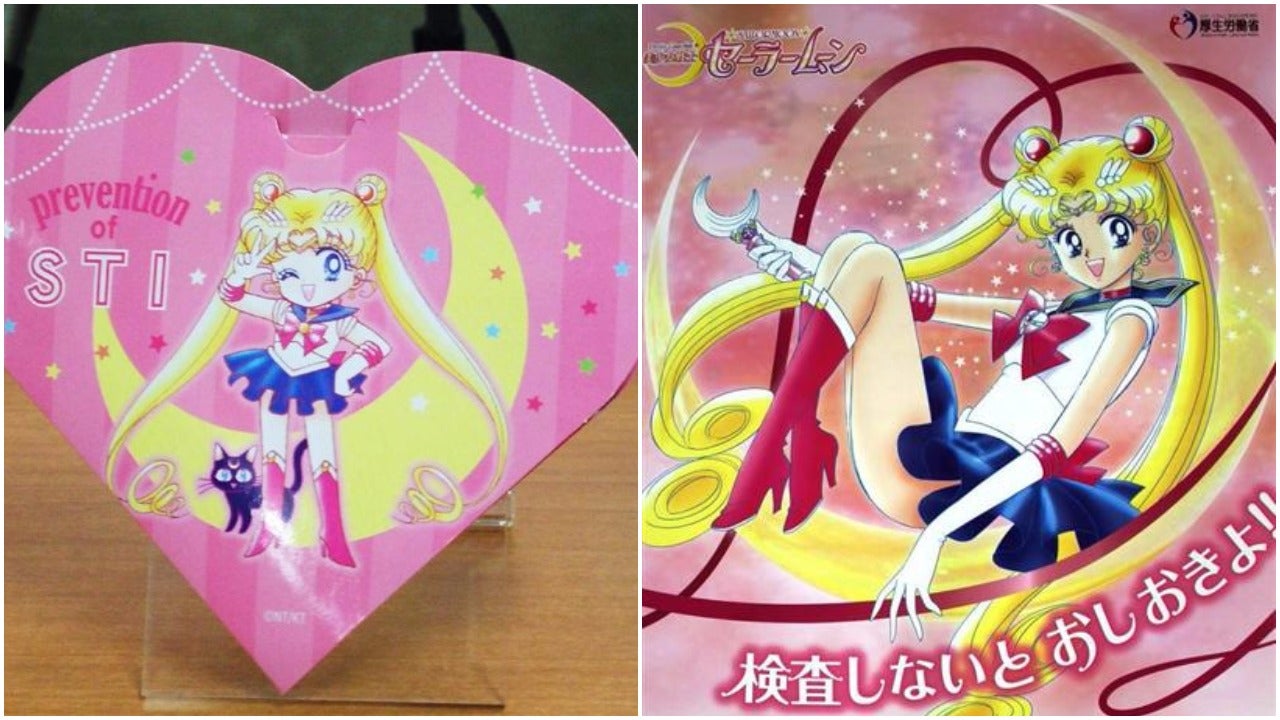 Japan's Ministry of Health is enlisting Sailor Moon to help contain the spread of chlamydia, syphilis and HIV/AIDS, among other STIs.

In recent years, sexually transmitted infection cases have spiked in Japan. During the 1990s, Sankei News reports that the number never got over a thousand, but as of this October, there were 3284 people with reported STIs.

(Of course, the English version of the catchphrase is slightly different.)

According to Sankei, the campaign is aimed at young women in their teens, '20s and '30s, but it's also a good reminder for all.