Sims 4 Babies Will No Longer Get Stuck, And Other Great Patch Notes 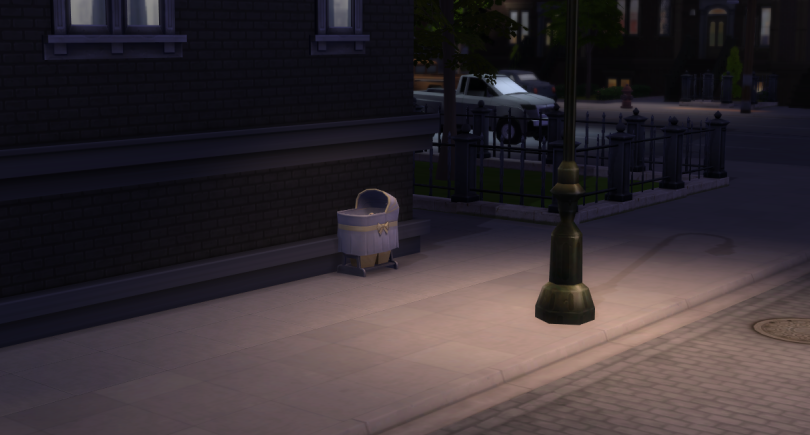 The Sims had a new patch today and it’s a treat to read about. Take a walk with me as we explore some of the most fun patch notes in video games.

We have fixed the issue of babies getting stuck in apartments; stuck babies will be unstuck, and babies will hereby no longer get stuck again. We hope… for everyone’s sake.

After City Living introduced apartments, sometimes newborn babies would get stuck outside of the apartment, usually by the elevator but sometimes out on the street. The would be stuck there forever. I thank EA for rescuing these children from Hell.

Here’s a more normal fix, if you can believe it:

All you kleptomaniacs out there:

If you don’t get caught, the stuff will now appear in your inventory.

If you do get caught, do the right thing.

Sims can have the trait “kleptomaniac”, meaning they can steal things from other sims or even from museums. For a while this trait was bugged, meaning that even if they stole something successfully, it would never appear in their inventory. They still have the same penalty when they get caught however — having to return the item.

If you’re running Windows XP you can now use the Gallery again, but seriously, you should really consider upgrading.

This is pretty shady, but, you know, consider upgrading.

Call Jasmine. It’s OK. She will no longer knock endlessly.

Jasmine Holiday is an NPC that would award your sims with prizes if they completed a special event. For a while she was bugged so that she’d either never show up or would show up and just knock forever. Kind of a bummer if you completed the recent Day of the Dead event!

The Police Chief is squeaky clean and is beyond reproach. He can no longer be a suspect in a crime.

Going to a festival, but worried about gaining weight? No worries, Sims will no longer continuously order and eat food at the food stalls. If you’ve already packed on those pounds… exercise, exercise, exercise.

I previously reported on this bug — arguably, the fact that sims would never, ever stop eating at festivals was a bigger problem for NPCs than it was for the sims you would be playing. Now you don’t have to worry about everyone in your town slowly migrating toward the same body shape!

Have no fear, you can ignore a neighbour’s complaint without affecting your relationship with your roomie.

My sim doesn’t have a roommate in San Muyshuno, but apparently if you ignored the complaints of your neighbours, your roommate used to get pissed. Now they don’t care, which is pretty true to life.