Why Two Aussie Doctors Made A Card Game About Vaccination 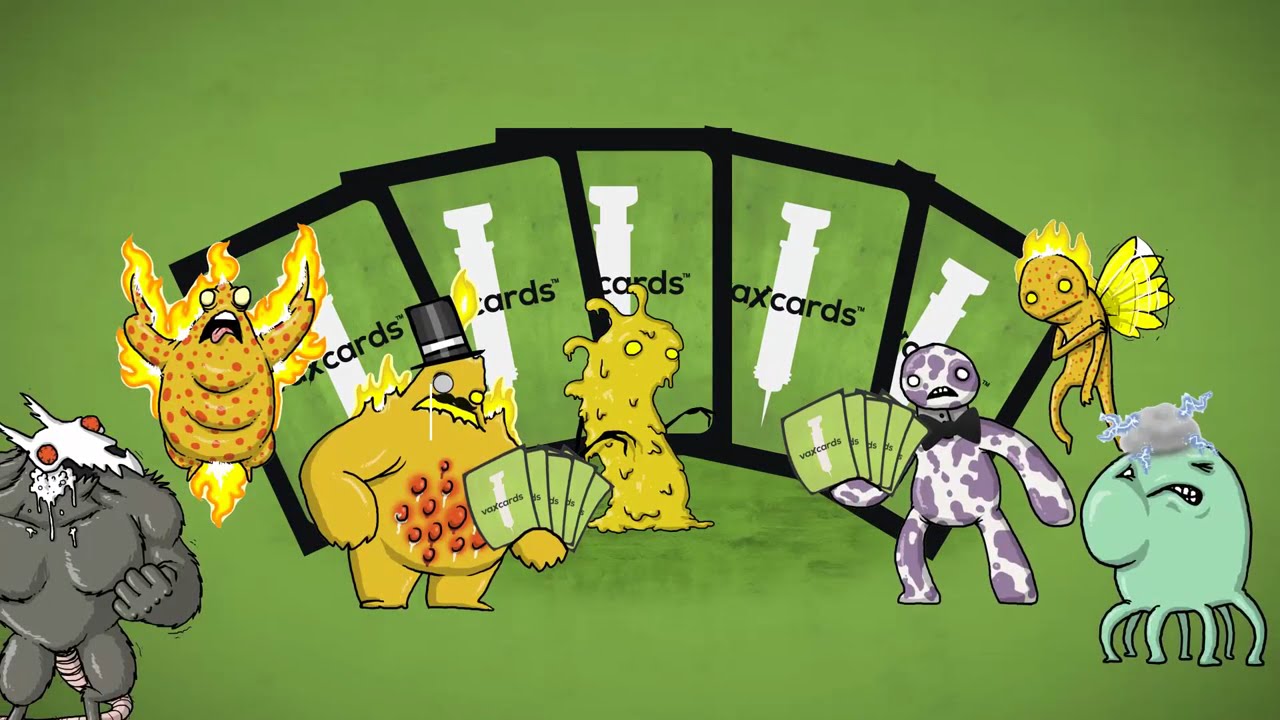 Games can be powerful. They can be thought-provoking. They can be emotional. And they can teach. We might shake our heads at so-called “educational games”, but they have proven themselves an effective way to inform and engage where other, more formal methods fail, especially when it comes to children.

Which is why projects like Vaxcards — a competitive card game with multiple complexity levels, cooked up by a pair of Australian medical professionals, is so important in a climate where immunisation, once an unquestioned given, has found itself — somewhat quizzically — under assault.

Epstein and Zemski originally met through sports and a “shared love of burritos”. Weekends of playing board games from Zemski’s “fairly amazing library” evolved into conversations on crafting their own game, one with more behind it than just your regular serving of brain-tickling fun.

Epstein in particular is “interested in the space where health meets technology” and no one event served as a catalyst for Vaxcards, rather it was a “slow boil”.

“I had the idea a while back to create a reward system for vaccination with characters. Then over conversations with Adam about creating a game it took about a year for me to start getting the idea of gamifying those characters.”

Australia certainly isn’t in dire straits comes to immunisation. According to historical data from the government’s Childhood Immunisation Register (ACIR), in the last 16 years, vaccination rates for 12-15 month-olds improved from 86.15 per cent to 92.28 per cent, while in the last decade, those for 60-63 month-olds went from 74.42 per cent to 92.59 per cent — an increase of over 18 per cent.

Great numbers, definitely, but most of these massive gains were made between 2005 and 2010. Looking over the last five years, vaccination rates appear to have stalled and in some cases, even dropped. While a perfect score is a pipe dream, it’s still concerning that rates seem stuck around 90 per cent.

It’s hard to argue that education is a critical component in the fight to improve immunisation rates and it’s no surprise this was a powerful force behind Vaxcards’ inception.

“The want of creating a game and making a product that could help educate in the medical sphere was appealing to me and the more I thought about it, a collector style card game [would] really apply well to ‘collecting’ the vaccination schedule,” says Epstein.

“An important aspect of the game is not to be instructional, but rather provide a platform where parents or teachers can discuss the importance [of vaccinations] with children.”

Even being an enjoyable card game in itself, the pair understands “the message isn’t something for everyone”.

“Vaccination can be a controversial topic, which evokes strong opinions in some people, both for and against. The game was created as a fun educational tool for those interested, and we hope it is seen as such,” explains Epstein. As with all games, the design process was filled with prototypes and “testing and repeating”, says Epstein.

While the idea is Epstein’s “baby”, it was Zemski’s broad experience with board games in general that helped hammer Vaxcards into shape.

“We were able to reflect on mechanisms [Zemski] enjoyed from other games which he enjoyed and thought would work well with this concept”, explains Epstein.

They admit to being “first timers” as game designers, but positive feedback from pretty much everyone who got their hands on Vaxcards helped keep them on track.

“Before we took it to the public our friends and family loved the game … naturally we took this feedback from our loved ones with a pinch of salt, the real surprise when we took it to third parties when we finally mustered by the pluck to do so”, says Epstein.

Other medical professionals were also receptive, but it was feedback from parents and teachers that sealed the deal.

“Parents have said that having this as a reward for receiving needles, and putting a ‘face’ to the diseases would make it easier to get the kids to cooperate.”

So, how does it play? At its heart, Vaxcards is a competitive card game for two. Each player has their own deck of diseases (from a possible three — for now) and over the course of a session, must decide to infect their opponent, increase their own resistance, or “make a special move”.

Instructions in full can be found on the official website, or you can check out the video below.

“No particular games served as a specific influence” according to Epstein, with Vaxcards primary goal being an “education platform”.

“The collector aspect of the game obviously overlaps with games such as Magic and Pokemon, however that was not the intention during the game creation process, we just felt the ability to be rewarded for vaccinations and use those rewards to provide further education to them and their peers was a cool and innovative way to educate kids on a topic they previously would have little exposure to and understanding of.”

Recognising that the game would need to work with a wide range of age groups, Vaxcards features three “tiers” of complexity. This involves adding and removing rules and even applying more advanced concepts to keep more experience players interested.

“The game definitely appeals to the average person, whether they are a gamer at
heart or not,” Epstein says. “For gamers, we see this as great little game that you can play in 15-20 minutes at the start/end of a game night, or while you are waiting for other to finish a game so you can enjoy.”

“For the non-gamers out there, we see this as a game that can be played whilst cooking dinner, waiting at an airport, of having a sneaky beer, any social situation where fun interaction is required.”

A Market For Measles

Trying to get a card game — especially an educational one — off the ground is no small task, even for two gaming-loving doctors.

“Both Adam and I have experienced the grind of being independent game designers with no contacts in the industry. It has certainly been a learning experience,” says Epstein.

However, he’s quick to state the “fun and enjoyment” of the endeavour has kept them motivated when sailing has been less than smooth.

“Sometimes things can be time consuming or sending the millionth reach out to a blogger can be lacklustre but hitting the pavement and trying to get people in cafes on board has been amazing and so far from our day jobs.”

Zemski and Epstein are also not afraid to admit that the very nature of their jobs didn’t prepare them for the personal nature of creating something and putting it out in the world – and all the self-promotion required to get noticed.

“We both work jobs in healthcare where you are bit removed from the customer. You don’t really ask people for money straight up, and it’s very different trying to market and sell something directly and at first it was quite an awkward feeling to our usual jobs.” PAX, Kickstarter And Beyond

A desire to “build something from an idea to a product the whole way” was the main motivation to crowdfund, rather than approach a publisher and to “have options” with the game’s future.

“Ideally, [we] would like to see this game translated into several languages and distributed alongside vaccination programs so the game can reach those who need education and reward for vaccination the most,” explains Zemski.

Of course, going with Kickstarter provides no guarantees; although the possibility of the project not hitting its funding goal exists, the pair are confident of success.

“We have done the hard grind, crunched the numbers and feel that the project has legs. It’s a topical issue, a fun game and an innovative low tech, easy implementable solution to a big wide problem,” says Epstein.

“So, if it fails we really just need more time for a better launch, it’s just another obstacle for us.”

Arguably Epstein and Zemski’s biggest test is ahead of them. In fact, it’s less than 24 hours away. Tomorrow, Vaxcards launches officially in time for PAX Australia 2016, where the game will be very much present.

“Getting to launch at PAX this weekend and pressing the big green Kickstarter launch button should be the big catalyst I think for feeling like the idea has legs,” says Epstein.

For more information on Vaxcards, you can visit the website here. Free starter decks are also available for those who sign up ahead of the launch.