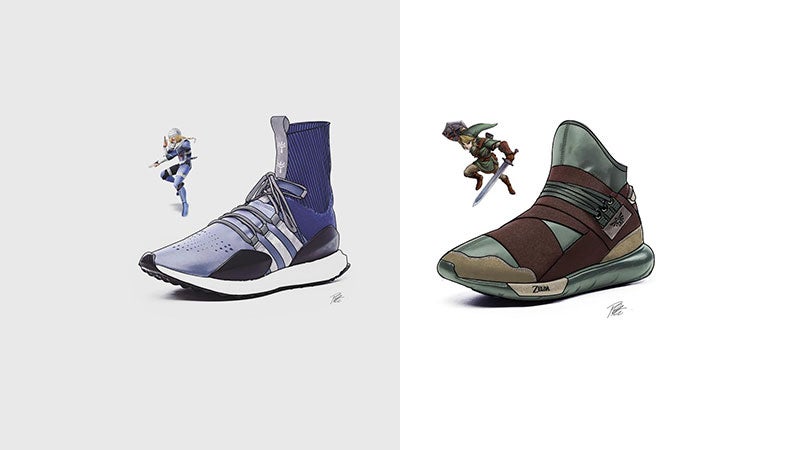 As part of his application process for a design internship with Adidas, student Paxton Porter - a lover of both sneakers and The Legend of Zelda - came up with these designs. Both of which I would cop in a heartbeat.

Figuring that Nintendo would be down for a footwear collaboration, and rightly believing that the brand deserves better than that awful line of Vans sneakers, he mocked up a Y3 Qasa inspired by Link and a a pair of Y3 Sport Approach Sheiks. 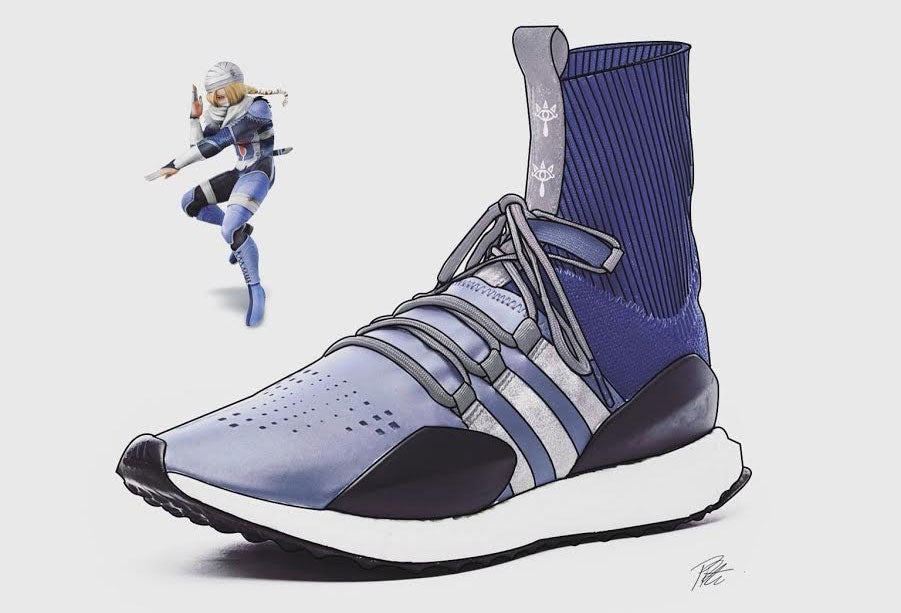 "I wanted to solve the design challenge of applying Sheik's abilities and appearance onto an existing sneaker", Paxton tells me. "I asked myself: what sneaker would Sheik wear? She is so agile and many of her movements are very Ninja so the brand Y3 (an Adidas collaboration brand with Yojhi Yamamoto) made sense because they are synonymous with Ninja/Techwear."

"I picked the Y3 Sport Approach. Having the boost technology was necessary because Sheik needs a responsive material for all her jumps, and having the primeknit sock on the upper gives the silhouette a boot feel while still allowing ankle mobility. The colours for the shoe were all taken from her armour.

"What ties it all together was adding her signature symbol on the pull tab. I wanted to create a sneaker that Sheik would wear but the fans could also wear and still be fashionable. The key was to create something the average person would find cool but would also appeal to the hardcore Nintendo/Legend of Zelda/Super Smash bros fan." 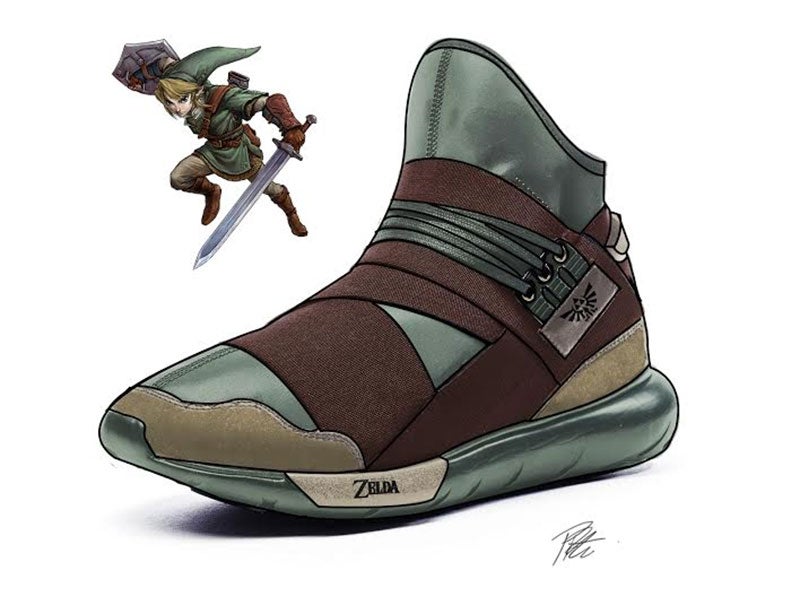 As for the Link Y3, it needs a little less explaining. "I took my favourite Y3 model, the Qasa, and placed Link's signature colours on it" Paxton says.

"My intention was to have the straps on the Qasa mirror the straps on links chest (both are brown), the neoprene bootie take on the Green Hero's tunic and then the gold accents on the toebox and heel match with the triforce/his gold hair.

"I added the Hylian crest on the tab by the laces to tie it all together, and also replaced the Yamamoto logo on the side of the shoe with a Zelda logo to show the collaboration between the two brands."