GTA Online Has Become An Incredible, Ridiculous Playground For The Rich

This week, Rockstar Games released a big Grand Theft Auto Online update focused on stealing cars. Committing acts of grand theft auto, if you will. This new expansion is titled "Import/Export." It adds new ways to make money and some wacky vehicles to spend that money on. The problem is that, unless you already have a few million, the expansion will leave you with little to do but watch the rich have fun with their rocket cars.

Import/Export adds new ways for players who've achieved CEO status to invest their cash. CEOs can now purchase large storage facilities where stolen cars can be kept until you sell them. Before they can sell cars, CEOs need to steal cars. Car theft missions involve scenarios where players will have to get their hands on expensive rides, then drive them back to their warehouse with minimal damage to the vehicle.

Once this is done, CEOs will need help "exporting" vehicles to different buyers in San Andreas. Just like the CEO crate missions added in a prior expansion, the car theft and car-selling missions can be interrupted by other players in the session. For example, rival biker gangs can steal cars from you during missions and sell them for scrap and XP.

CEO stuff is the one part of GTA Online I never really messed around with. Well, that and boat races. So before I could try and play any of the new content released on Tuesday I had to register as a CEO. This cost a cool $US1 ($1) million (in-game money, of course). This left me with about $US450,000 ($611,747).

The cheapest vehicle warehouse is $US1.5 million and you must own one of these locations before you can do the new vehicle theft missions. I had enough money to become a CEO, but I was too poor to get a chance to play any of the new Import/Export missions.

I'll do some grinding, but for now that stuff is out of my reach. I've read online that these new missions are decent ways to make some good money, but considering the amount of cash needed to start them it seems like the rich are getting richer. Looking at Twitter it seems I'm not the only one feeling like the new stuff in this update is really expensive. 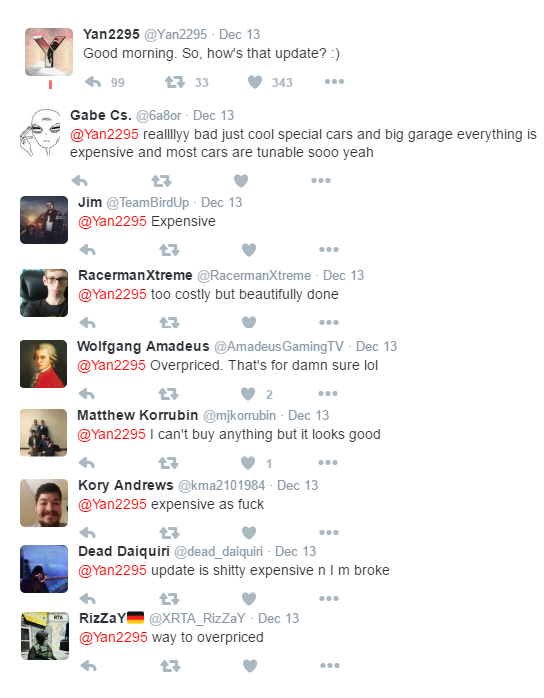 But what if you do have a few million dollars lying around? What new toys can you purchase with your wealth? Well a bunch of wacky and ridiculous vehicles for starters. These new cars are the coolest part of the Import/Export update. There's a rocket car… 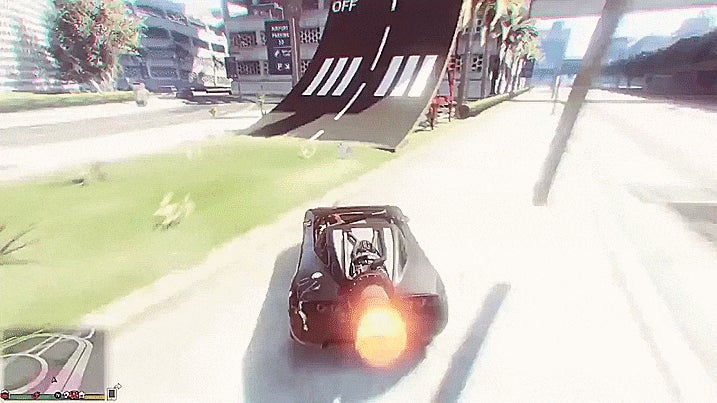 Via Axelphobia on YouTube There's a big semi with a large metal plow on the front, allowing anyone who owns this vehicle to bash their way through rush hour traffic. 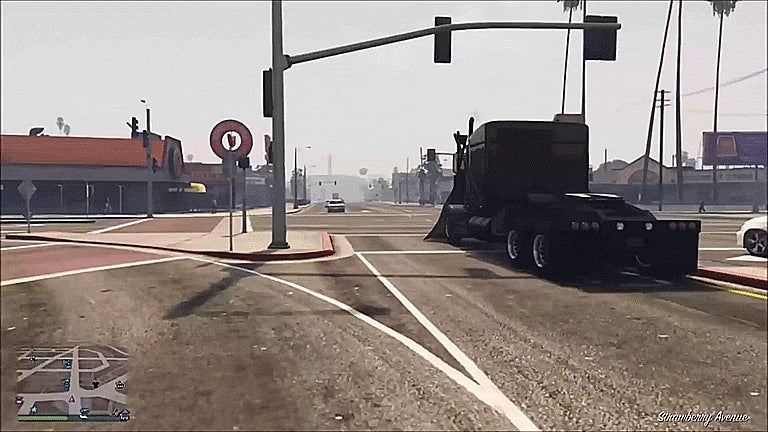 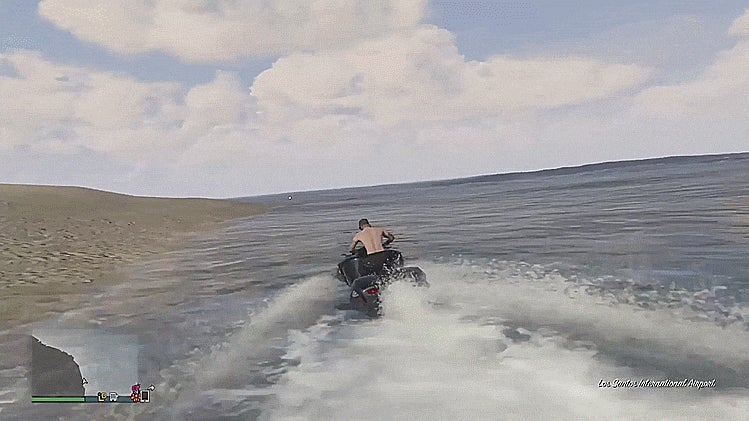 Via GTAPro on YouTube My favourite vehicle is the Ruiner 2000 which is a parody of KITT, the talking super car from Knight Rider. The Ruiner 2000 has missiles, machine guns and best of all a parachute. Fans are already doing some cool stuff with this new car. One fan even flew it from the top of Mt. Chilliad all the way across the map to the Los Santos Airport. 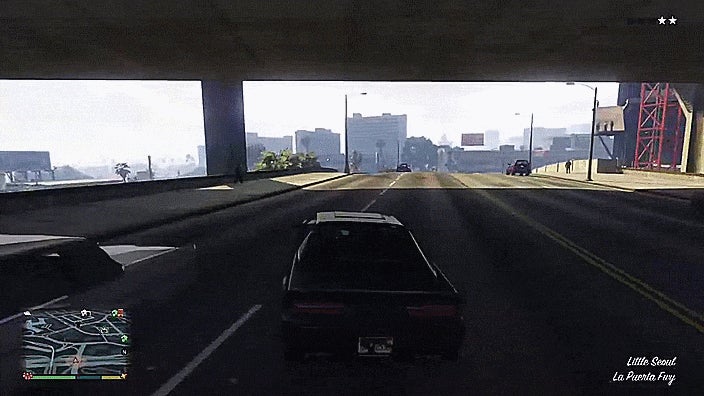 Via Axelphobia on YouTube These are easily some of the most ridiculous cars Rockstar has added to GTA Online and with the recent addition of a Tron-inspired motorcycle it seems Rockstar is willing to make GTA Online more bonkers with each update. The game has changed a lot from the days when you had to wait for your boring car to get delivered by an idiot mechanic. 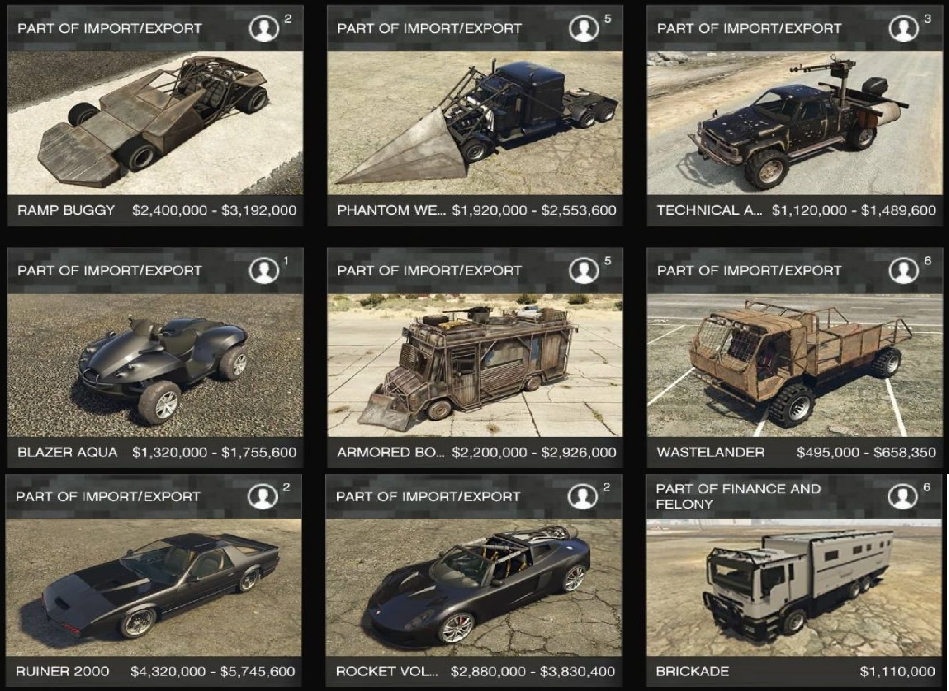 But if you want to get wacky you better be prepared to pay a lot of money. Some of these vehicles can cost millions of dollars. The Ruiner 2000 costs 4 to 5 million GTA$. If you didn't want to grind to get that much cash it would cost you up to $US70 ($95) in actual USA cash money. It's almost unbelievable how expensive some of these vehicles are.

Doing certain special missions can lower the price a tad, but to unlock these missions you have to do anywhere between four to 32 steal missions to earn a discount. For example, to buy the amphibious four wheeler you will need to successfully finish 12 steal missions.

And to even gain access to those missions you need to be a CEO and own a storage warehouse. It's complicated, and GTA Online doesn't do a great job of explaining this stuff until after you've spent some money on becoming a CEO.

But the Import/Export update is more than just crazy expensive cars and the illegal selling of them. This update, which, mind you, is free to all GTA V owners, also adds some nice feature that fans have wanted for a long time. For $US100,000 ($135,944) players can finally change their facial features.

And some are really enjoying the ability to fix their "ugly" old faces. GTA Online players can now buy the Elegy, a car that was originally available only to players who joined the Rockstar Social Club.

There is also a new adversary mode in GTA Online. I haven't spent much time with it as I was busy doing CEO missions and grinding for money. But the mode immediately reminded me of the graffiti mode in Tony Hawk Pro Skater and I even got some Splatoon vibes.

The way each player or team is trying to cover the board with their "colour" is a fun mechanic to bring to GTA Online. I'll have to play more to know how well balanced it is, but the matches I tried weren't blowouts and driving around dodging players and trying to paint the map is exciting. It seems like Rockstar has really leaned into more colourful and strange game modes, instead of just adding more street races and deathmatches.

Import/Export is a large update for GTA Online and it is more evidence that the game ditching the old consoles for its newer updates was a smart move. Since doing that GTA Online expansions have gotten bigger, weirder and more complex. The prices are still way too high for players who aren't spending every day in virtual Los Santos, but there is enough stuff outside the high priced toys for GTA fans who haven't played in recent months or weeks to jump back in.

Just be prepared to see a lot of rich people with rocket cars flying around.