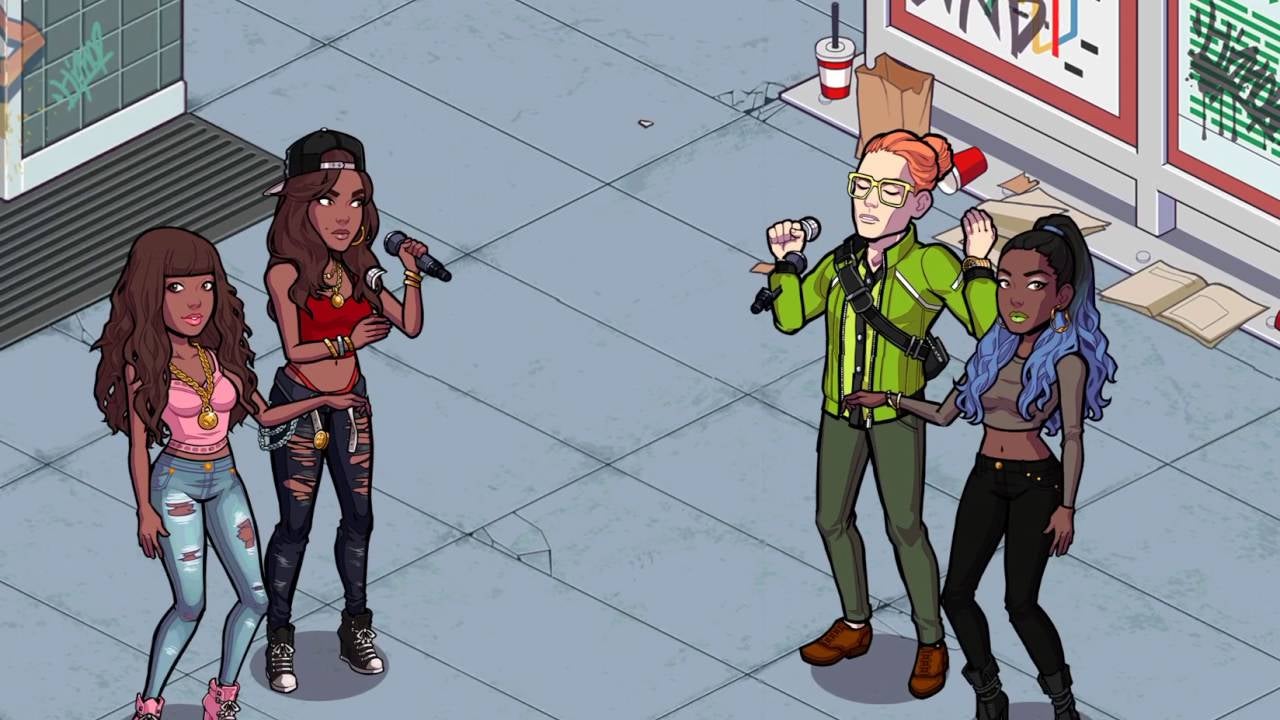 While anything with Nicki Minaj in it oozes personality, her app, Nicki Minaj: The Empire, really doesn’t differ too much from Glu’s other games, except in one major way. This one allows you to write lyrics, share them, and also record your own raps. The result is just as fun as it sounds.

Whenever you write lyrics for a song, you can upload them to Beatbook, where other players can vote on you which will earn you more sales and in-game currency. The easiest thing to do is hit randomize or use its madlib feature if you’re not up to writing real rhymes, and it will give you some amusing results. Here’s my song, “Consent is very important.” 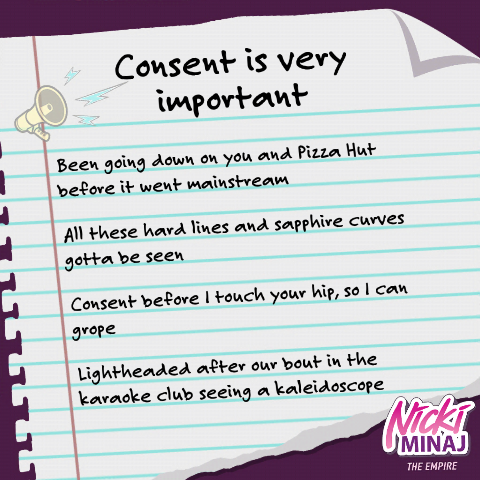 Other people seem to be taking the lyric writing aspect as seriously as I am. It’s not all that different from the feature in Britney Spears: American Dream, the game that gave us “Honk Yo Donkos.” 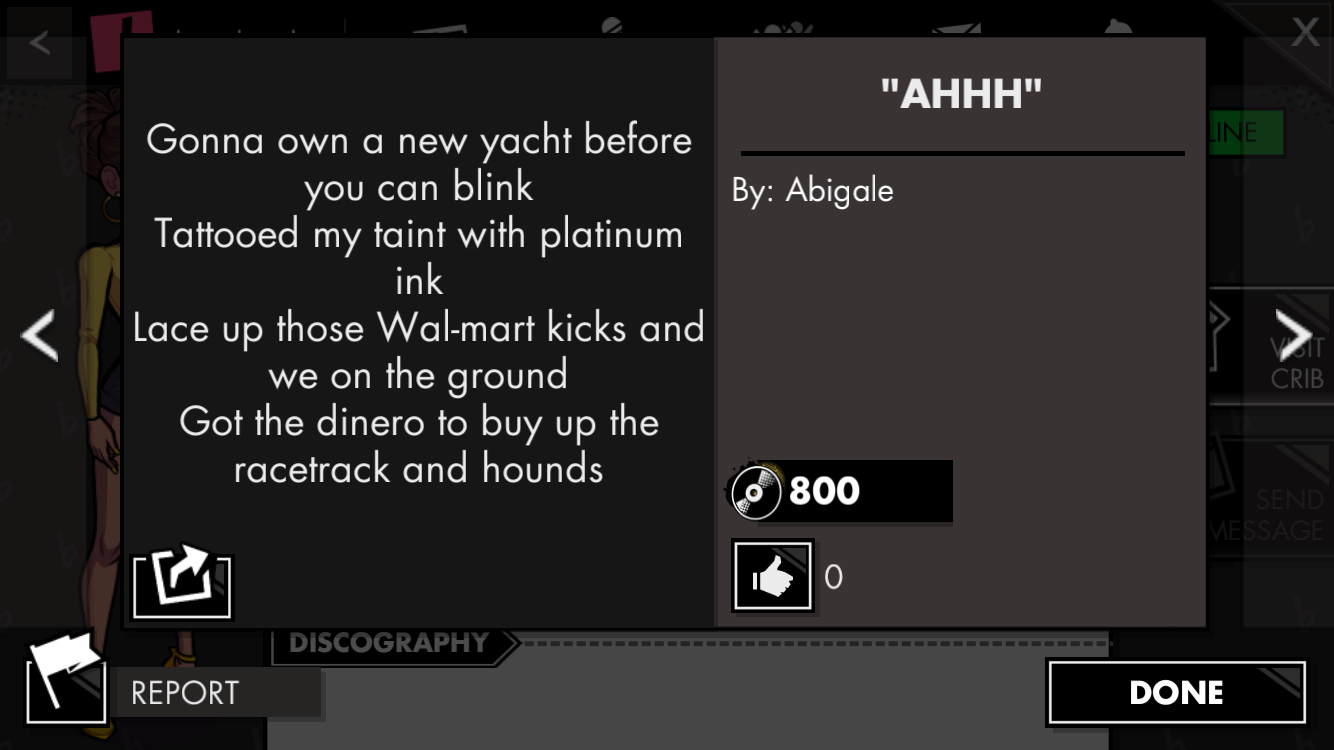 But Beatbook will also let you upload short recordings, with the promise that Nicki and her team will share them on her social media if they’re popular and good enough. As of right now, the two highest voted recordings are a short freestyle from Nicki and a brand new song. Most people are taking it kinda seriously and the next two most popular are genuine attempts at showing off rapping skills. For what it’s worth, I genuinely enjoyed Doctor Bambo’s “Mumble Boys.”

For her part, Nicki has been sharing the lyrics she likes on her Twitter account, serious or not, and has said she’ll reward high scorers with tour tickets. It’s a blurring of IRL and URL that Glu first introduced with an event for Kim Kardashian: Hollywood, where your actions in game would help the real life Kim Kardashian plan North West’s birthday party. The whole point of these apps is to feel close to your favourite celebrities, so what other way to demonstrate that than giving fans exclusive access? To that end, I submit the only user I think is deserving of free tickets: Andrew.

This is nothing short of a masterpiece. I hope Nicki makes good on her promises because Andrew really deserves this. I listened to this song before lunch and was overcome with such a powerful hunger. Where is this food truck, Andrew? Where can I also eat pulled pork mac n cheese? I mean, the catered mediterranean we had in the Gizmodo offices today was fine, but now I dream of extra onions and barbecue sauce. Nicki, I demand justice for Andrew. Make like your Glu counterpart and raise him up to superstardom for absolutely no reason. He’s earned it.