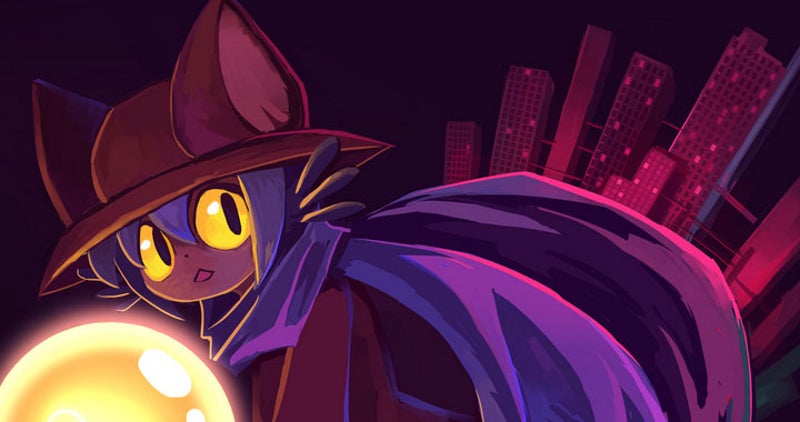 OneShot first freaked me out when it said my name. My real name. I don't know how it got my name. I didn't give it my name. It's not even part of my Steam profile.

In OneShot, an adventure game that just came out on Steam, you play as a cat creature named Niko. However, Niko is not you, and you are not Niko. Rather, "you" are a kind of god, helping Niko restore a pitch-black broken world's sun.

Sometimes, Niko will turn and talk to you. This isn't his world either, and he's just a kid. He needs your guidance. He can't do this without you. I feel bad for him. He has no idea that I'm just as clueless about it all as he is.

Near the start of the game, an ominous (maybe evil?) in-game computer told me as much, and then it opened an actual Windows prompt at me, minimising the game in the process, to say: 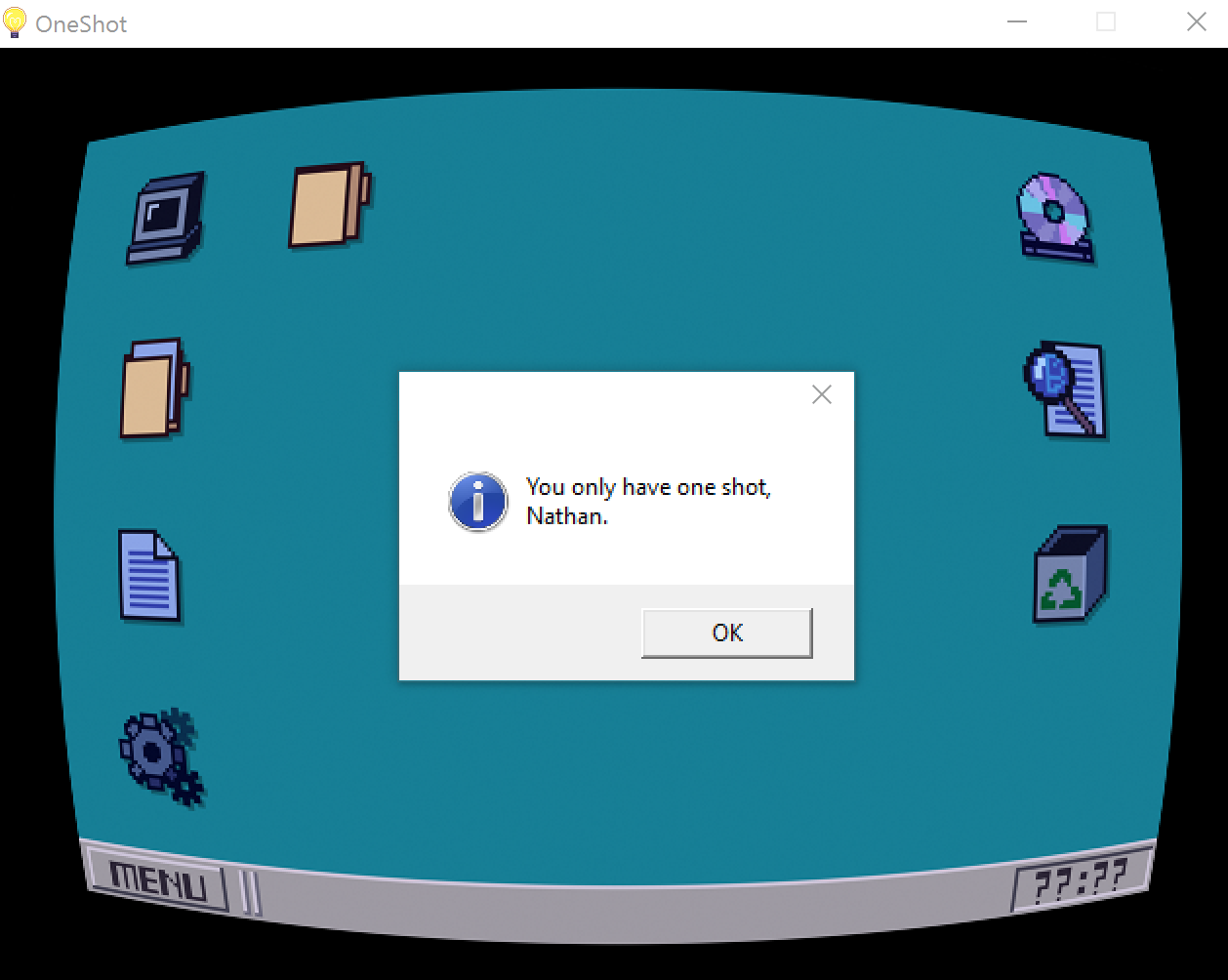 That was the first time it used my name.

Later, though, after some light puzzle-solving — most of which involved finding and combining various items to progress through a world that looks like the night sky painted on cold stone — Niko was directly made aware of my presence. A robot introduced us: 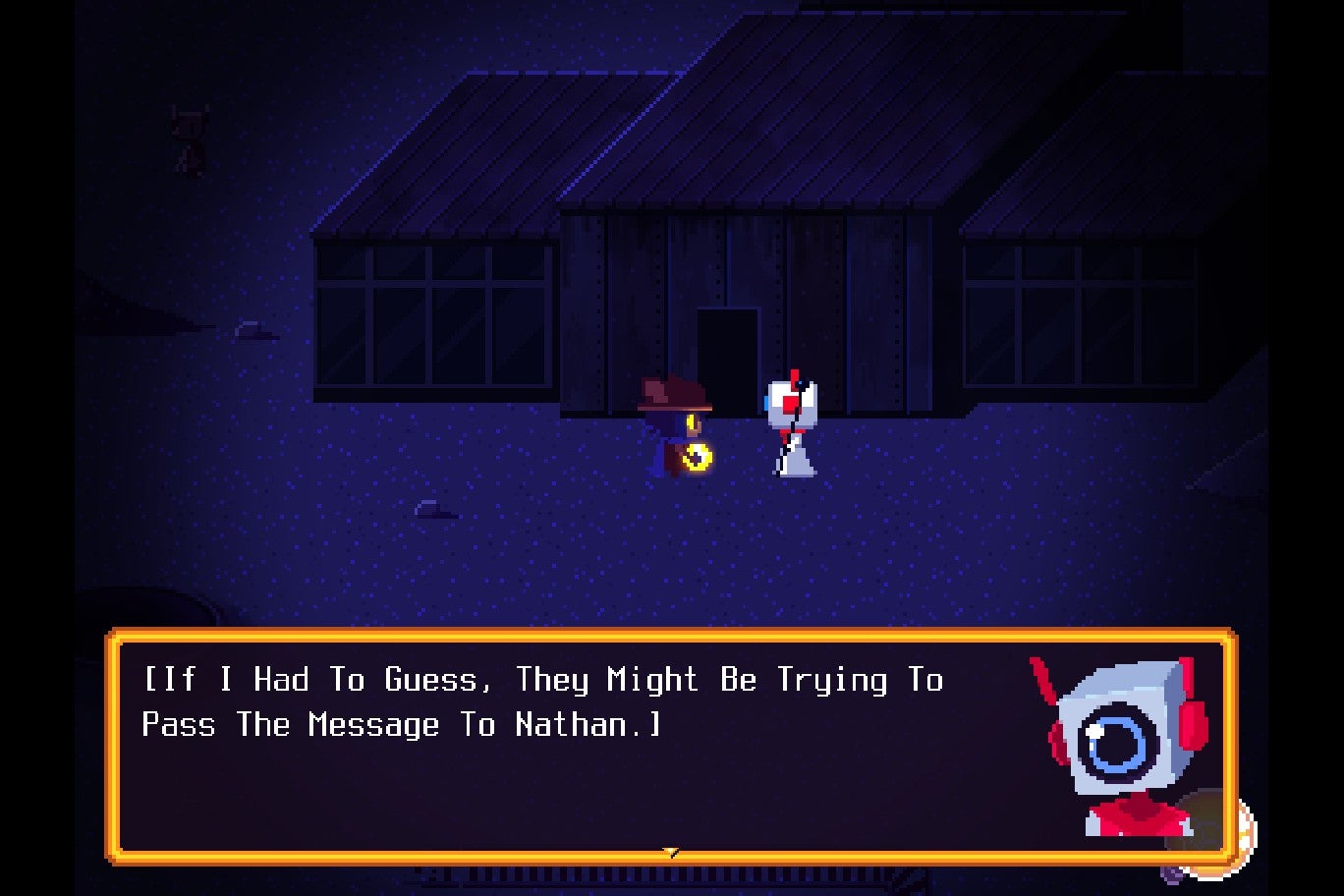 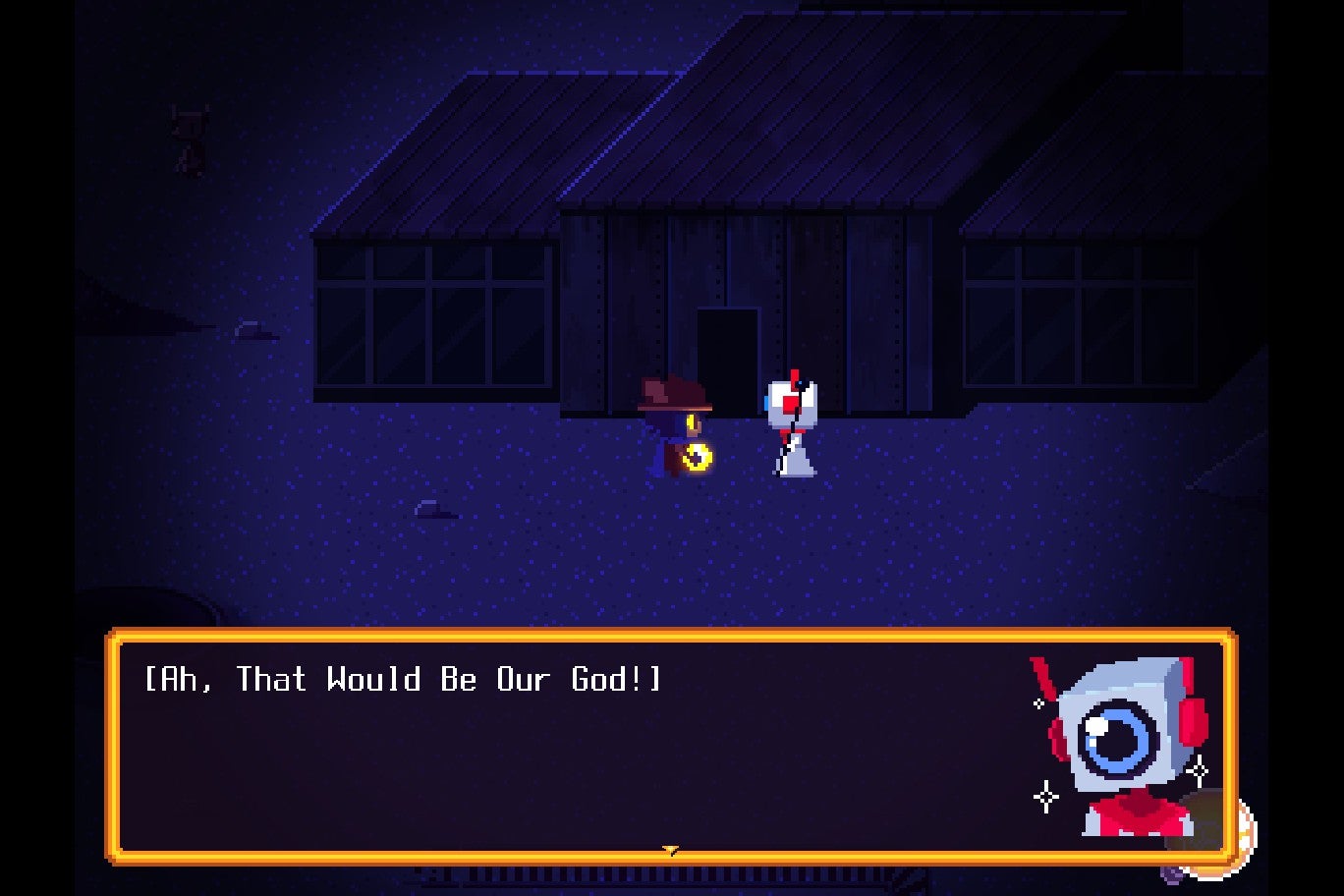 So Niko asked if I was there, and I said yes. 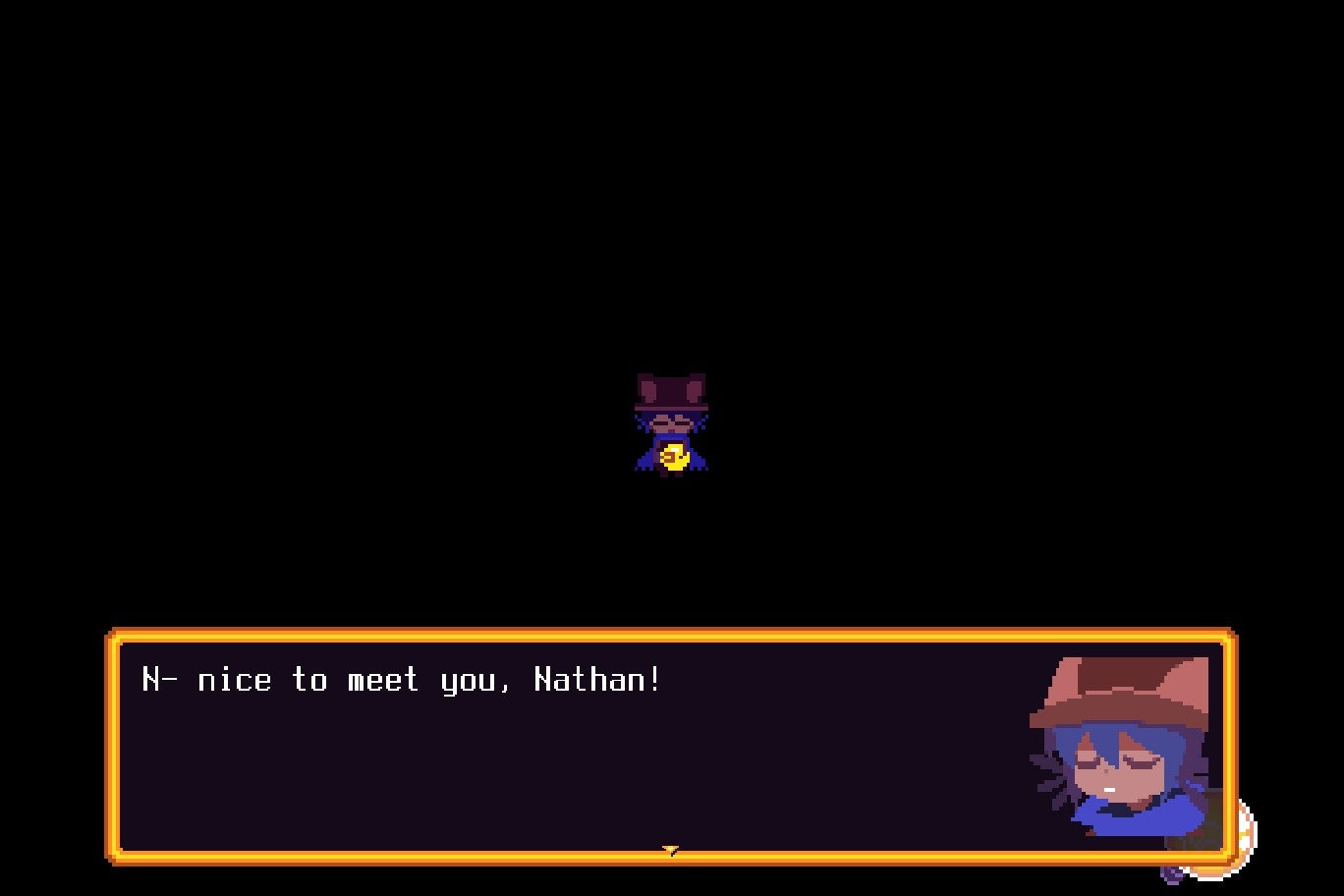 And then the robot laid out the stakes of this whole thing for both of us: 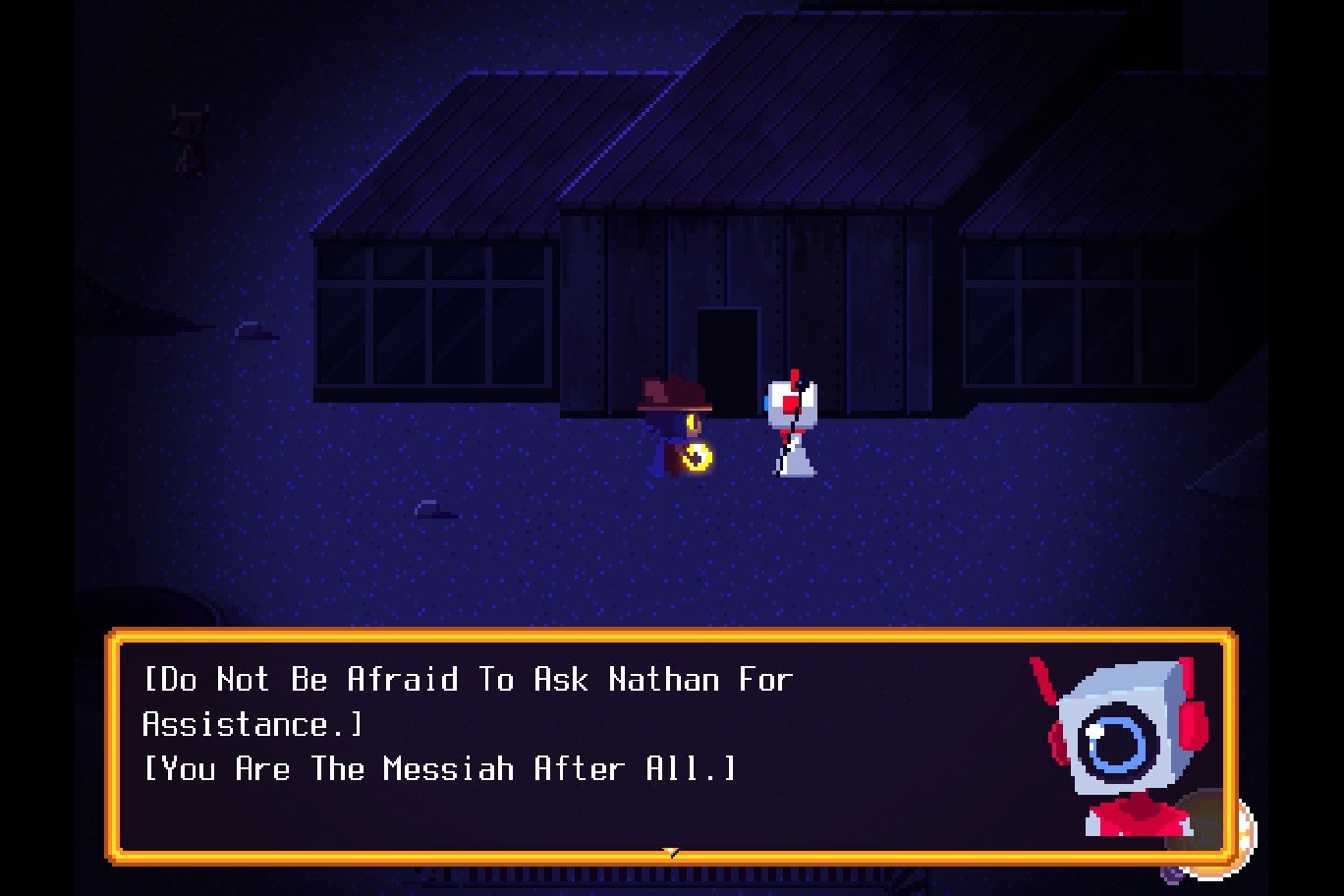 This is bad advice, in my opinion.

For real, though, it's a lot of responsibility, and again, I HAVE NO IDEA WHAT'S GOING ON. Shortly after poor little Niko decided to trust me with his life, we managed to fix an old battery and restore the generator at an old robot factory. Out of curiosity, I chose to interact with the generator again, and it shocked Niko, who yelped in pain. I felt so, so bad. In any other game, it would have been a "why not?" moment, but in this one, my blithe decision-making hurt Niko.

The game gave me an achievement for it. Dick move, game. A very clever one, but still.

I've played the game for about two hours now, and I'm really impressed with the way it uses its exceedingly meta central conceit to create actual feelings of responsibility and guilt. A lesser game might just wink at the camera constantly to show how "smart" it is, but OneShot surprised me with how quickly it made me care. In a lot of respects, it reminds me of Undertale, albeit with a (so far) more serious tone. 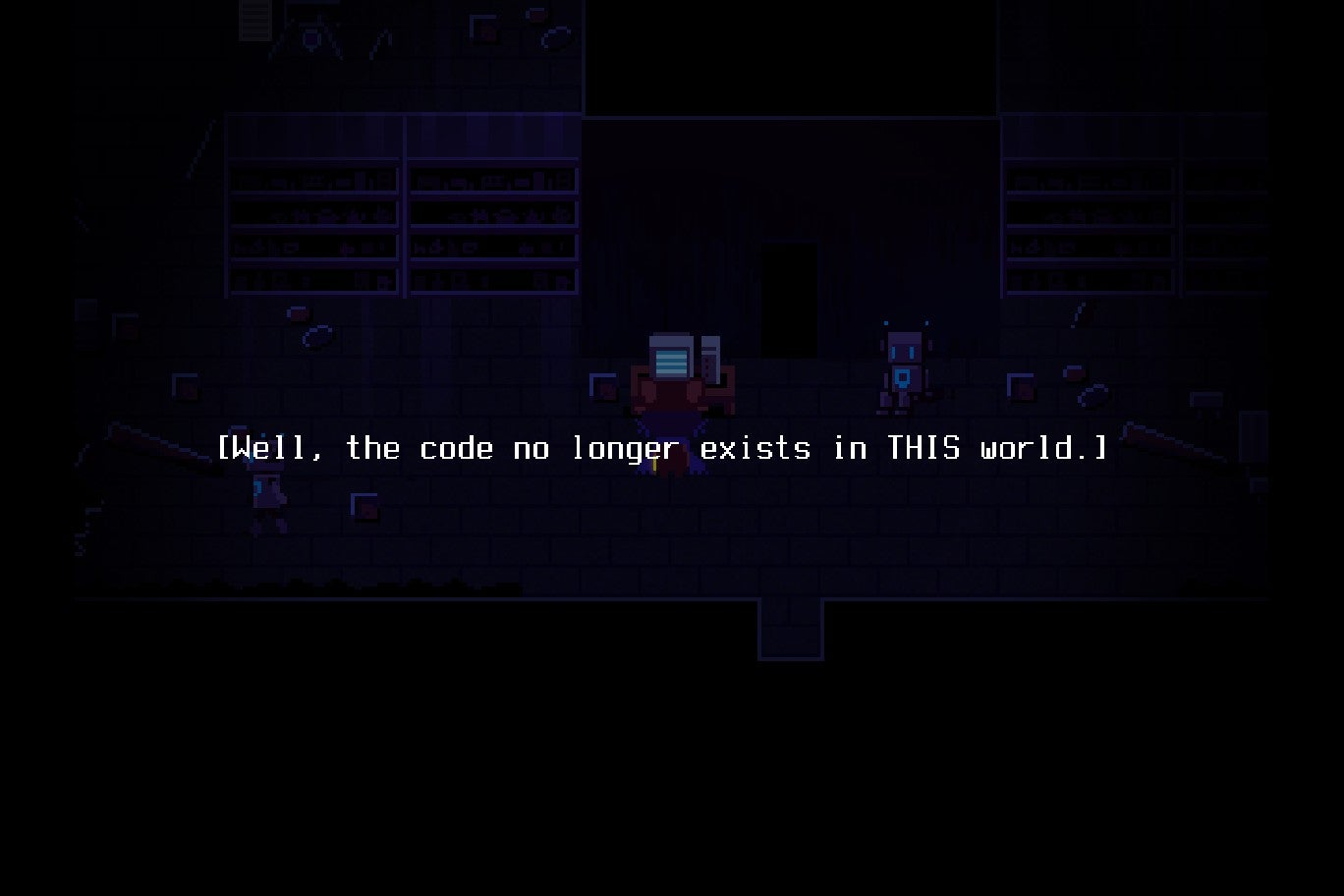 Just before I started writing this post, I found another (probably) evil computer terminal. It told me my adventure ends now, because the next item I need doesn't exist in the game world at all any more. "You know what this means, right?" it asked. Things are about to get very interesting.