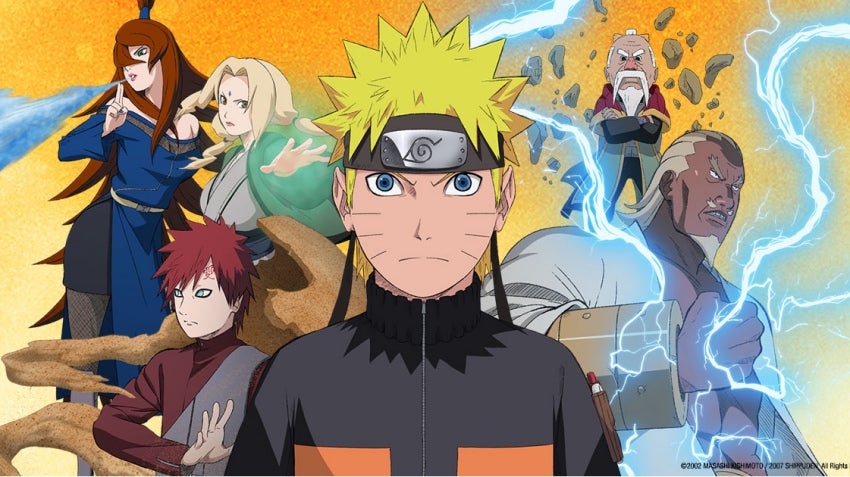 Apparently, that live-action Naruto movie is still in the works and it looks like the man who first brought the manga to life is helping out with the production. Masashi Kishimoto announced his involvement at this year’s Jump Festa expo, sharing some pre-production images with audience members. Whee!

It’s been over a year since Lionsgate announced it was making a live-action Naruto film, signing on relative unknown Michael Gracey to direct. Since then, nothing much has happened, leaving many of us to secretly hope it was dead in the water before it could reach the dazzling heights of Dragonball Evolution, Lionsgate’s last attempt to bring an anime to the big screen.

Unfortunately, we weren’t that lucky to be spared from Lionsgate’s newest exploitation of a long-beloved Japanese series. It’s good that they brought the original creator onboard — a step up from Dragonball Evolution, which Dragon Ball creator Akira Toriyama has panned in interviews.

We’re also seeing general improvements in how Hollywood treats anime: There’s the vaguest hint of hope that Scarlett Johansson’s adaptation of Ghost in the Shell will be good, despite the casting controversy. But there isn’t much more to get excited about here, with an untested director and a production studio that practically spit on its last anime adaptation.

Kishimoto also announced that he’s working on a full anime series based on the Naruto spin-off manga, Burato: Naruto Next Generations, to be released in April 2017. It’s based on the adventures of Naruto’s son, who emerged as a fan-favourite after starring in a movie. Kishimoto said his goal is to make it “even better than Naruto.” Well, at the very least, it will probably be better than the movie.