Top YouTubers Say They're Being Screwed Yet Again By The Platform 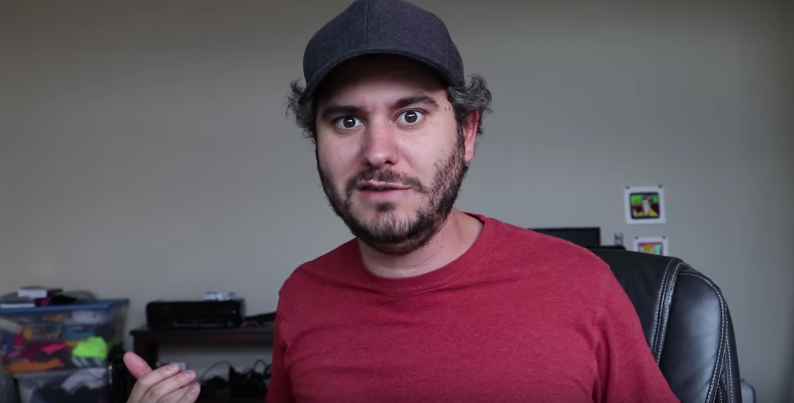 Recently, top YouTubers are saying that, yet again, the behemoth video sharing network is screwing them over. This time, it's about an alleged issue with subscribers — suddenly, they're disappearing. And, no, it's not because they unsubscribed. YouTube, for their part, denies that there's a glitch.

Regardless, several popular YouTubers are up in arms about shrinking subscriber counts right now. In a video yesterday, popular YouTuber h3h3Productions alleged that "YouTube is not being honest with us". H3h3Productions shows several screenshotted tweets from fans who say they aren't getting notified about his new videos any more. He echoes complaints from other YouTubers that his videos were getting less views than usual by a wide margin, and that when he uploads new videos he apparently loses subscribers. His subscriber count is shrinking for no apparent reason.

Over the last 24 hours, several other huge names made videos alleging the same problems h3h3Productions spells out in his video, affirming that subscribers are apparently removed after YouTubers post videos. Today, YouTuber JackSepticEye posted a video in which he claims that some content creators have lost 30 to 40 per cent of their usual views, without any explanation from YouTube.

"This is people's careers," JackSepticEye explained. "To completely switch how you do things and not tell anybody is a shitty thing to do."

Every YouTuber that bought a lambo is starting to sweat now

In an email, YouTuber Jim Sterling told me that the issue of subscribers not getting notified is years old. "YouTube's notification system for subscribers can be utterly awful, and as with many problems YouTube has, fixing it isn't a priority whatsoever," he said. But Sterling was puzzled by the subscriber loss problem, which he says he's experienced, too. He's noticed that, when he posts a new video, it "costs" subscribers:

"I wrote it off as me just pissing off more people than usual lately, but hey, if there's a reason for this that isn't my fault, I'll take it!" he said.

Curiously, when I reached out to YouTube for an explanation, they told me that none of this was out of the ordinary. A YouTube spokesperson explained that, although YouTube has heard concerns about subscriber drops, an "extensive review" unearthed nothing unusual going on "beyond the normal fluctuations that occur when viewers unsubscribe to a channel or when we YouTube removes spam subscriptions to ensure accurate subscriber numbers". The representative added that "YouTube never automatically unsubscribes users from channels". They say there is no glitch.

Normal fluctuations to subscriber counts occur when, of course, viewers subscribe and unsubscribe; creators use third-party reporting tools to count subscribers; and spam subscribers are removed. Regarding notifications, YouTube by default only notifies fans about "highlights from the channel they have subscribed to," the representative told me. Fans who want to receive notifications about a channel's every upload can toggle that setting.

Now, this is a conundrum. Content creators say their subscriber counts and views are rapidly deflated while YouTube says it's business as usual. So, to explain what's going on, YouTubers are trading theories over Twitter and the video sharing site.

YouTubers like H3h3productions and DramaAlert believe that genuine content is slowly getting suffocated on the platform, while YouTube boosts ads on the "trending" tab, or videos with more likes and comments. The conspiracy theory is that YouTube promotes sponsored videos or bullshit giveaway videos instead of videos with merit. When asked directly by H3h3 productions, he said, YouTube explained that they were promoting videos with more "activity".

When I asked whether YouTube has changed their promotion algorithm, the YouTube representative did not provide an answer.

The mechanisms behind YouTube's algorithms are opaque, but YouTubers want to be kept in the loop. Exclamatory videos proclaiming the latest YouTube injustice are almost a genre of their own, filling the communication hole between YouTube and its content creators. It's their livelihood, they say — they deserve to know what's happening under the hood.