YouTube Says They Can't Find A Subscription Glitch, But Something Doesn't Add Up 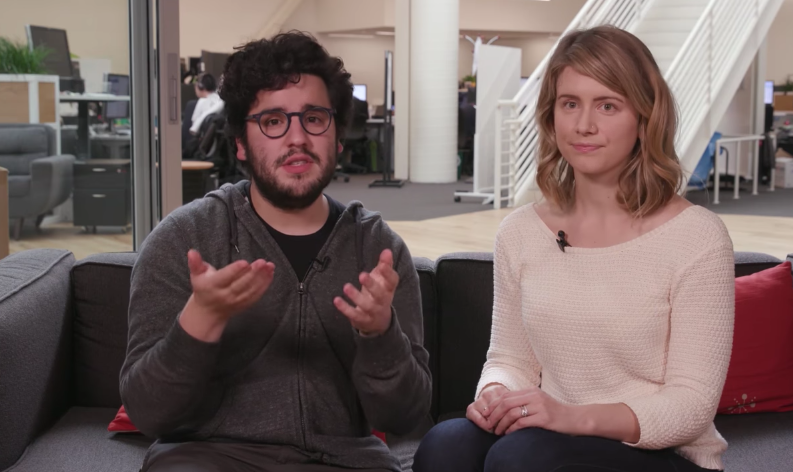 Yesterday, YouTube Help published a video countering widespread claims by YouTubers that the platform is screwing them over. In an explainer that can only be described as 3:27 minutes of "actually," YouTube reps claim that the streaming platform is not unsubscribing people from channels, an accusation hundreds of YouTubers have full-throatedly complained about for weeks.

In the video, YouTube says "YouTube doesn't unsubscribe people from channels." Two reps say YouTube "looked at over 100 individual cases and haven't been able to find an underlying glitch." Several of the video's explanations echo language relayed to me by YouTube press contacts.

For the past few months, YouTubers have been pointing out critical fluctuations in their subscriber counts. Huge channels like PewDiePie, JackSepticEye, h3h3Productions, DramaAlert, Boogie2988 and hundreds of smaller channels posted videos relaying fans' complaints that they were randomly unsubscribed from their channels, or didn't see the YouTubers' videos in their subscriber feed.

Ethan Klein of h3h3Productions accused YouTube of "not being honest" when a representative told him nothing out of the ordinary was happening. Others have accused the platform of lying. On November 30th, JackSepticEye called YouTube a "broken fuckin' website." A week later, he told me that his contact at YouTube and a YouTube analytics representative spoke with him personally about issues he'd faced. In a follow-up video, he added that "I don't like that YouTube just trying to focus on their bigger creators and trying to appease them."

In an email to me two weeks ago, YouTube insisted that nothing out of the ordinary was happening.

The YouTube video, which comes off a little condescending, says that closed and spam accounts don't count toward subscriber numbers. But YouTube isn't unsubscribing spam accounts. Accounts that YouTube has flagged as bots are still getting videos in their subs feed. And those videos appear in the subs feed, on average, 30 seconds after they're posted. This line of reasoning, commenters allege, evades the question of why meat-based humans widely report being automatically unsubscribed or not seeing videos from their favourite content creators.

YouTube directs them to the app's feedback button. Comments under the new video are scathing:

YouTubers have directly forwarded me several messages from their subscribers alleging they have been unsubscribed. They have also forwarded charts describing wildly erratic changes in subscriber counts. The evidence is out there that something is up — and even if something isn't up, YouTube should be able to explain to its content creators why their channels are suffering.