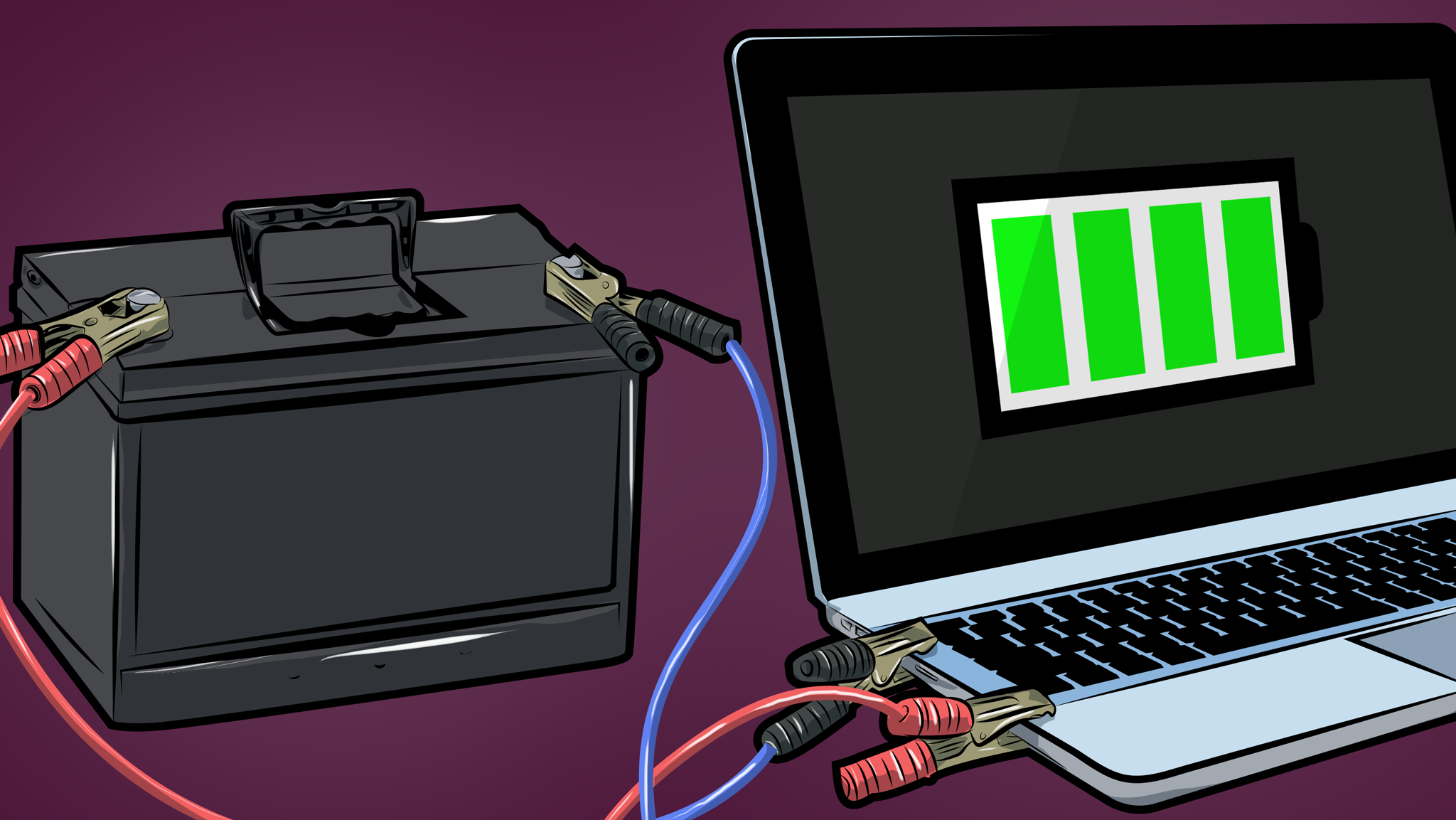 There’s nothing good about running out of juice when you’re trying to get stuff done and being unable to find a plug to recharge your battery in the meantime. If you work on the go at all, here are some easy tips to extend the life of your laptop’s battery, both in a pinch and before you leave the house.

First, the easy fix: Get familiar with your laptop’s power management features. In Windows, it’s “Power Options”, which you can bring up by hitting Start and typing just that. In macOS, it’s in System Preferences under Energy Saver. Don’t overlook these, and don’t assume that the defaults are designed to save you juice. If you know you’ll be out and about with your laptop, tell your laptop to sip power as lightly as possible before you leave, so you don’t have to scale back what you’re doing after you’re already out.

Even better, you can make those features easy to toggle with a hotkey (in Windows at least), and customise when and how your laptop warns you about your battery so you’re never taken by surprise. 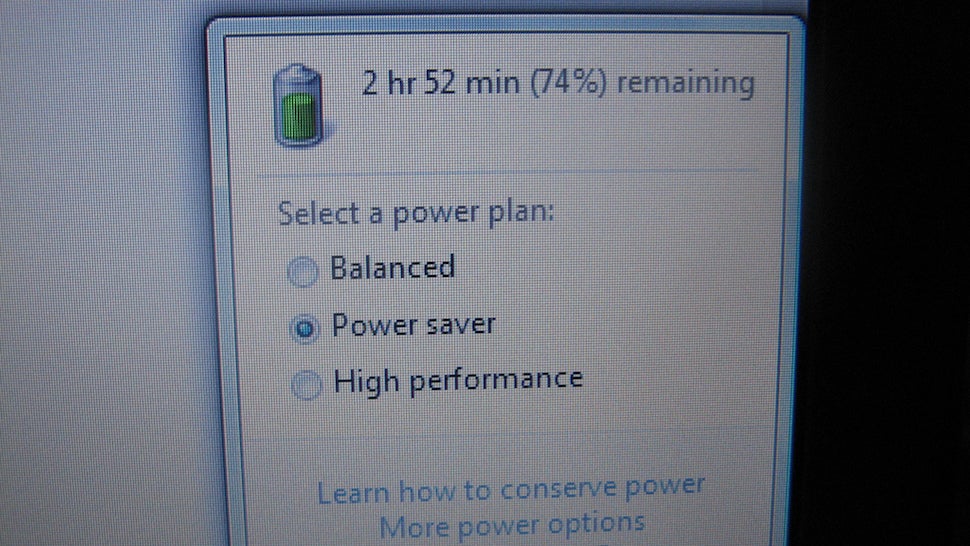 8. Grab a Battery Monitor for Deeper Insights on Charges, Cycles, and Remaining Life 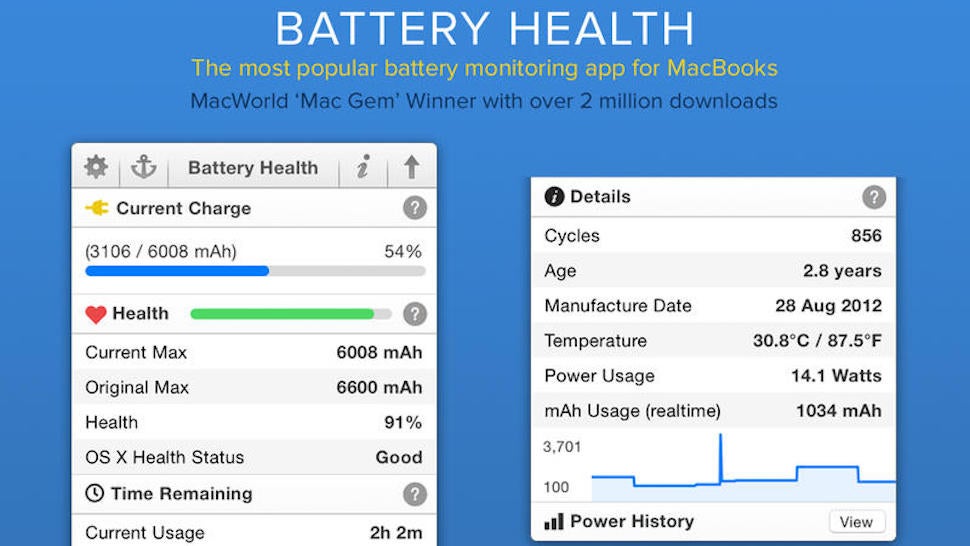 If your manufacturer doesn’t have a specific battery maintenance tool — or you wiped it away in your last clean install or PC de-crapifying, all isn’t lost. There are a number of free utilities that can tell you everything you want to know about your laptop’s battery, no matter who made it (that includes you, MacBook owners.)

The best options won’t just replace the built-in battery stats, they will also show you precision information, like how many charge cycles the battery has in its life, its precise point in a charge cycle, and offer some tips on how to squeeze more juice from it, along with some tools that will help.

7. Keep the Brightness Down When You’re On the Go 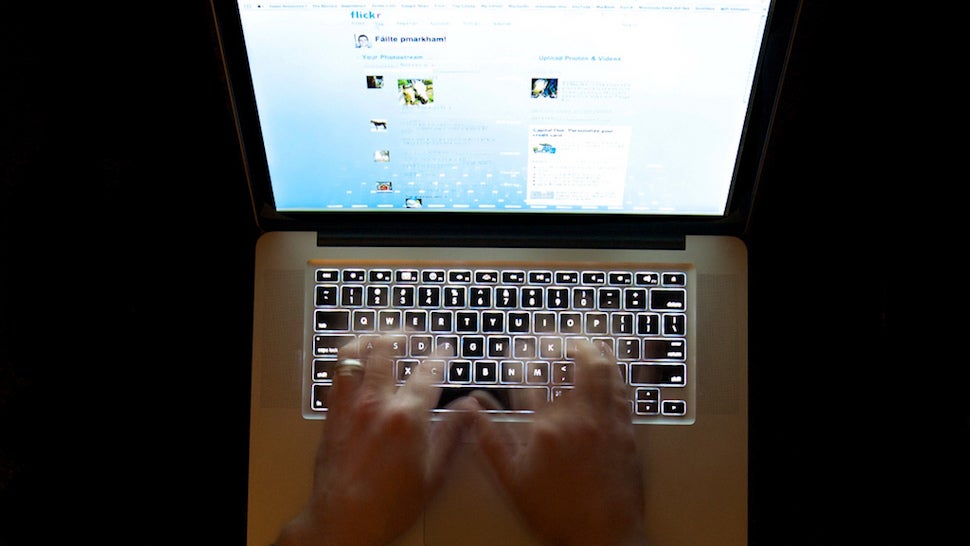 If you’re out and about already, looking at a battery that may not make it to the next outlet you’ll have access to, the first thing you can do is to cut power to your laptop’s biggest power sink: the screen. Obviously when your laptop isn’t in use, it will be sleeping, but when it is in use, you can save some juice by keeping the screen brightness as low possible (while still being usable, of course).

If you have a Windows machine, you may even consider disabling adaptive brightness and controlling it yourself.

This comes up a lot in guides like this, and while it’s certainly helpful, it’s no end-all be-all. Keeping your screen so dark you can barely see may eke out a few more minutes of usable battery, but it’s not going to give you that extra hour you’ll need before you’re back at the office, or make up for forgetting to charge overnight. Consider it an emergency measure.

Heat is a battery killer, and it doesn’t just kill its short term life, it will shorten your battery’s long-term health as well.We’ve mentioned this before on several occasions, but it helps to keep your laptop as cool as possible, or at least avoid restricting airflow when you’re using it on the go. Grab a lap desk, keep the back elevated a bit if the fans are on the bottom, and avoid crowding the sides or back.

We’ve shown you how to make laptop coolers from everything from egg cartons to water bottles to baking racks to stylish-looking DIY laptop trays. Choose your weapon, make it something portable enough to take with you, and your battery will appreciate your efforts. 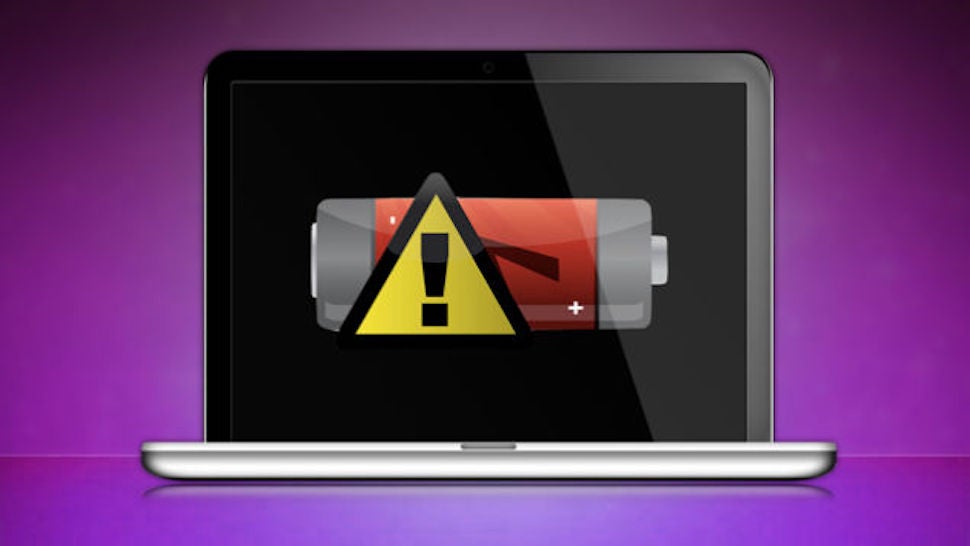 We’re not going to wade into or settle the debate over whether it’s healthy or unhealthy for a battery to allow it to discharge completely and then charge it back up again — that’s for another day. However, one thing is for certain — most batteries do have a finite number of charge cycles, after which their efficiency is sorely depleted. 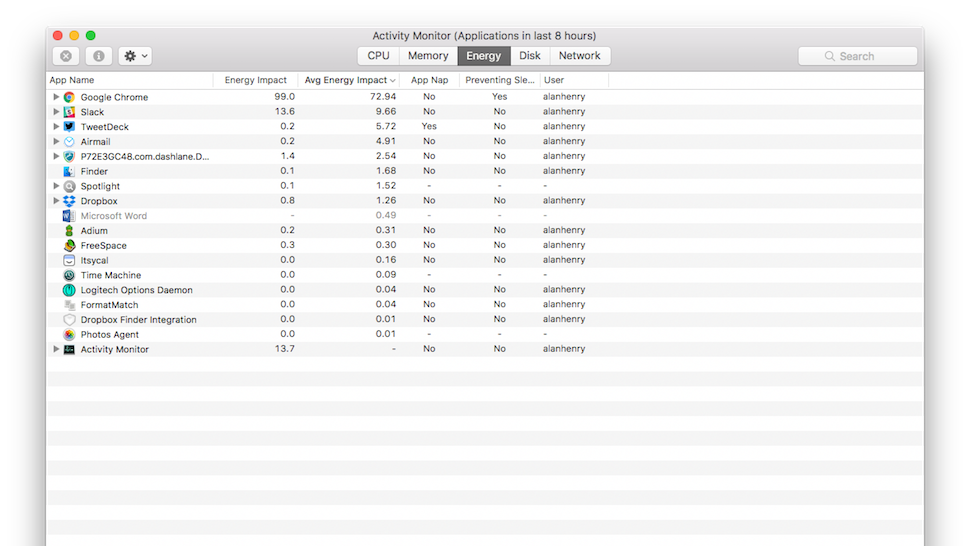 Along with minimising the brightness of your laptop’s display, another tweak that will save you energy both before you’re low and when you are low is to kill any power-hungry apps or tools that run in the background while you work. It’s another old tip, back from the days when you could have tons of background processes sucking down power — more than today, really — but it’s still worth keeping an eye on.

This rule is much more important on mobile devices like smartphones and tablets than Windows and macOS, but the last thing you really want when you have an hour’s worth of work to do on 45 minutes of battery life is to discover that you’ve had your torrent app seeding in the background this whole time, or you’ve been quietly running Photoshop because you didn’t quit after you were finished with it. 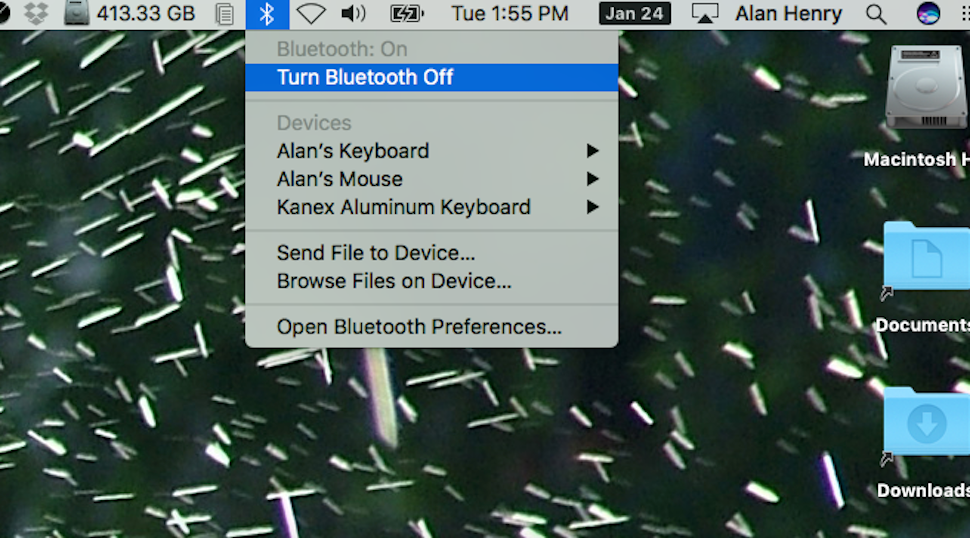 As well as power-hungry applications, if you’re trying to squeeze as much possible battery life from your gear while you’re on the go, it helps to turn off any unnecessary hardware or features as well. Now would be a good time to disable Wi-Fi unless you need it, or Bluetooth for that matter. Don’t go crazy disabling every little hardware feature you have just to score a little more time, but if you’re out and about and don’t need some of those power-hungry features, certainly turn them off.

2. Use Hibernate, not Just Sleep, Whenever Possible 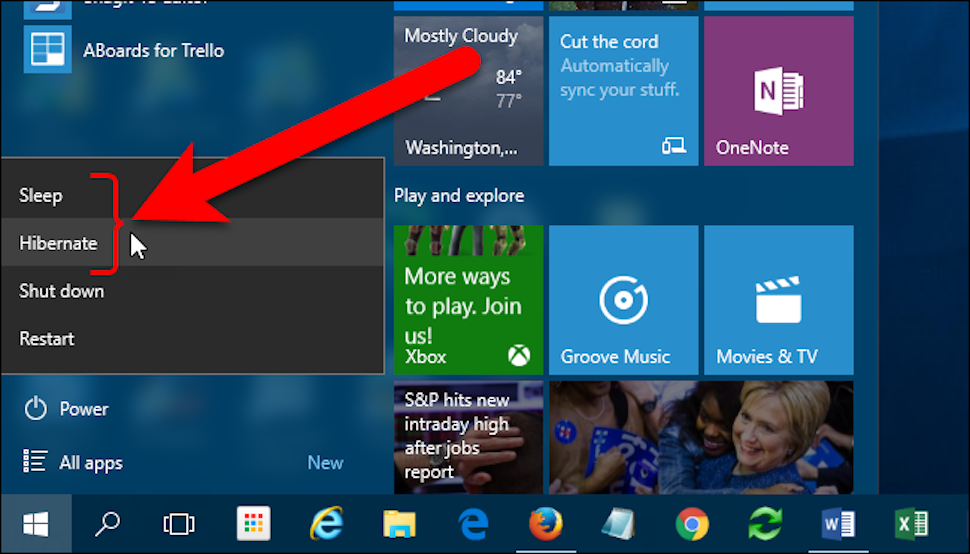 You may be tempted to just shut your laptop’s screen every time it’s not in use to save as much battery as you can, and that’s a good idea if you’ll open it again later, but if you can, use hibernate instead. The difference is simple — in hibernate, your laptop isn’t using power at all, while during sleep it’s still sipping power, just much much less.

It’s an old distinction, one that’s a bit less important thanks to modern power management in Windows 8 and 10 (and macOS doesn’t really make a distinction.) It won’t make a difference for short periods, but if your laptop will be off for a while between work sessions, using hibernate instead of sleep can save you some juice, even on Windows tablets.

Oh and if you’re not sure where hibernate or hybrid sleep options even are in Windows 8 or 10, this great guide from How-To Geek explains all, and where to enable them (that’s their screenshot above, too.)

1. Kill Those Tabs, or Try a Different Browser 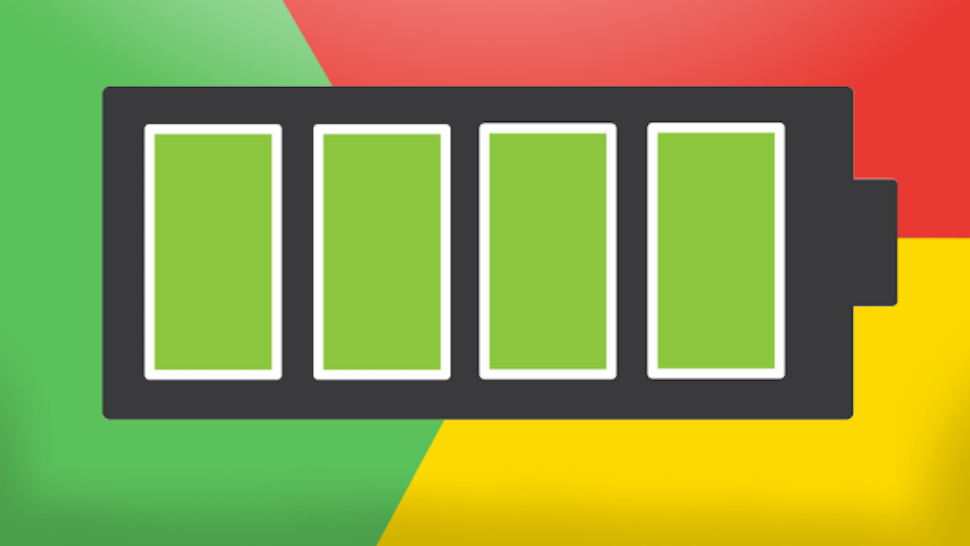 This one might be a non-starter for many people, but your web browser is likely the most power-hungry app or tool you use, and more than a few browser developers know it. First, if you’re the type with a billion tabs open all the time, get familiar with how to manage them easily, or try an add-on like The Great Suspender, which can unload them from memory when not in use — which also saves your battery.

We’re not kidding here — open browser tabs, especially a lot of them, chug down juice. Keeping them out of memory or closed will give you extra juice for other things you need to do.

Worst case though, you could consider using a different web browser. We know, everyone loves Chrome or Firefox, or even Safari — but the best browsers for battery life are seriously!) and Opera in Windows and macOS.

Both manage memory a bit better, and Opera even has a low-power mode designed to keep your laptop’s battery alive longer. Poor Chrome is just a killer, even though I’m using it to write this article. Either way, consider your browser — it probably makes the biggest difference.