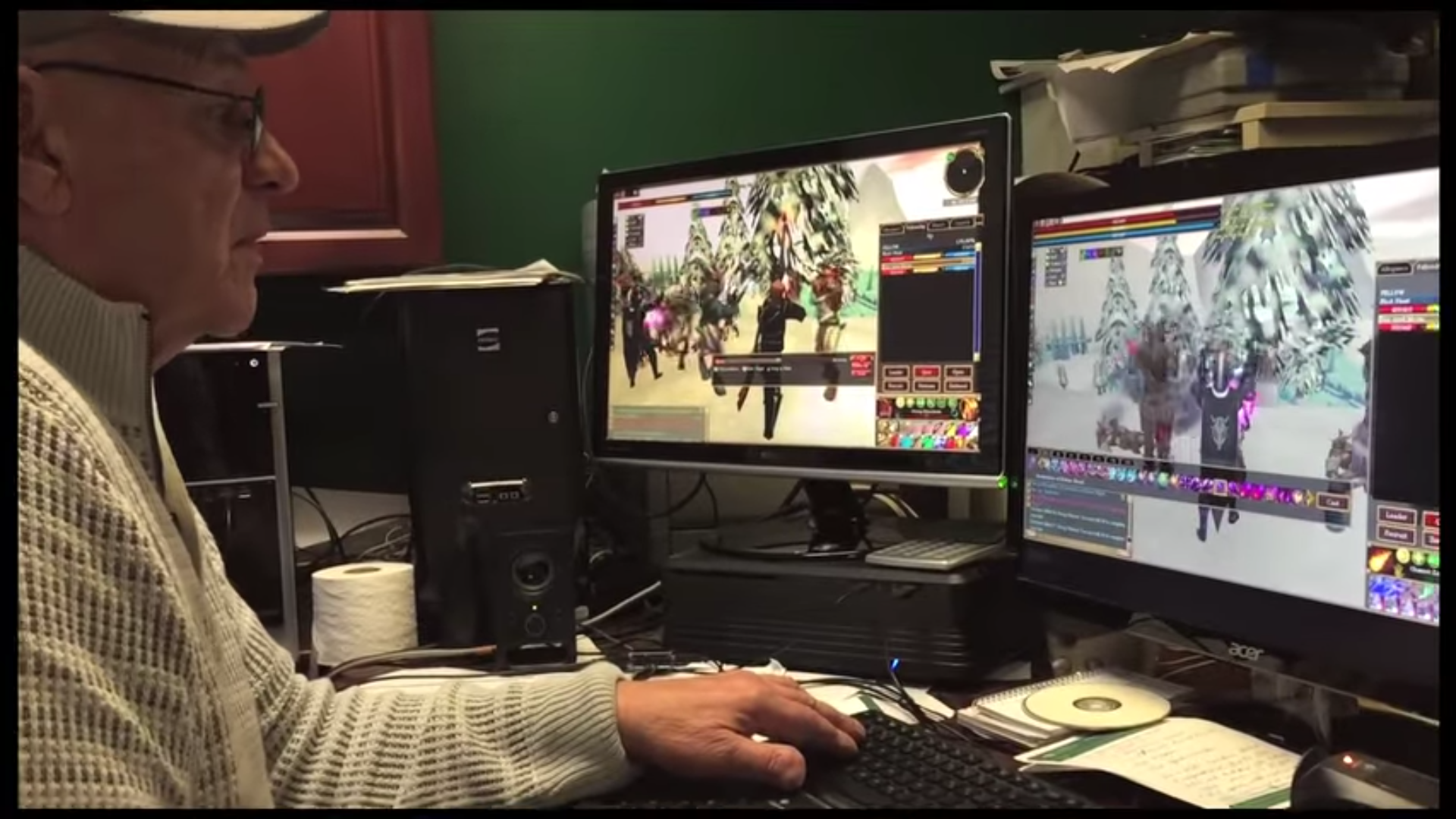 This man has been playing massively multiplayer online role-playing game Asheron’s Call since it launched in 1999, sharing adventures with friends from around the world. But Asheron’s Call is closing at the end of the month, and it’s time to say goodbye.

While I don’t know the name of the man in the video, uploaded to YouTube this week by Vancouver-based We Sleep Talk, I know where he’s coming from. It’s stories like his that punctuate the ephemeral nature of the virtual worlds we play in. No matter how strong the bonds we form or how much time we invest, eventually the servers are going to go down. All we’ll have left is our memories and, if we’re lucky, the friends we made along the way.

The man’s granddaughter, who recorded the video and uploaded it to YouTube, is asking for suggestions for new games for him to play once Asheron’s Call goes down for good.