The Adorable Story Of How Pokémon Go Helped Rescue A Kitten

On a particularly hot day last summer, Imgur poster Joelalmeidaptg was walking down the street playing Pokémon Go when they heard a kitten crying for help from behind a nearby electrical post. Months later, the cat, named Spock, is thriving in its new home thanks to an unlikely string of events.

According to Joelalmeidaptg’s account, the temperature that day was over 38 degrees Celsius, leaving the streets practically abandoned and their phone gasping for life as they searched for Pokémon to collect,

“As I was passing by an electricity post I heard what I thought it was a bird. But I found it very strange since I could not see any bird and besides that it should be way too hot for a bird to be chirping around. So I went back and investigated.

What I found was a kitty crying for help. It had his head stuck in the junction between the top side and the bottom side of the post. It was hanging only by his head. We have no idea how the hell did it get in that situation.

It must have been there for a long time, since it barely had energy to cry. Its mouth was open wide, it did not close it. I only knew it was alive by its cry for help.” 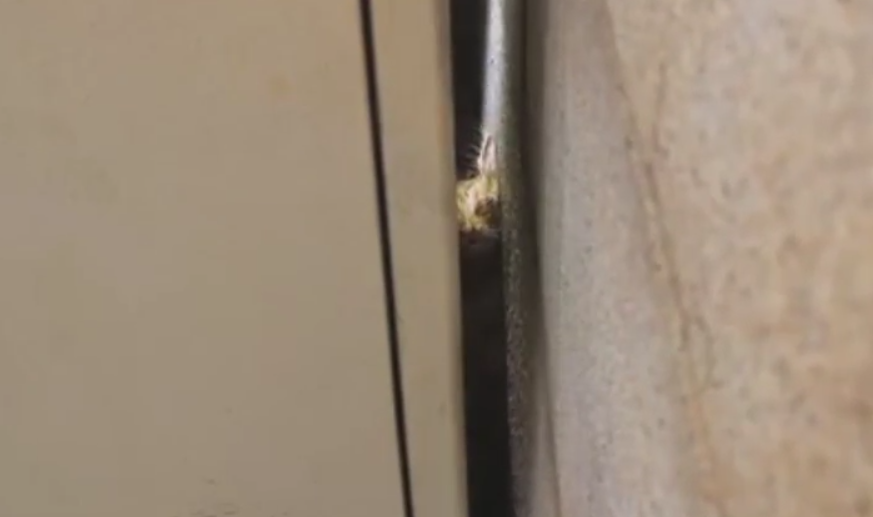 Joelalmeidaptg then called their parents and later the local fire department after deciding “we would not let the kitty rot in that place.” A perimeter was formed and a number of different techniques were tried to create enough space for the cat to escape. The police came, and according to Joelalmeidaptg even a representative from the utility company responsible for the junction box. Eventually, they were successful. 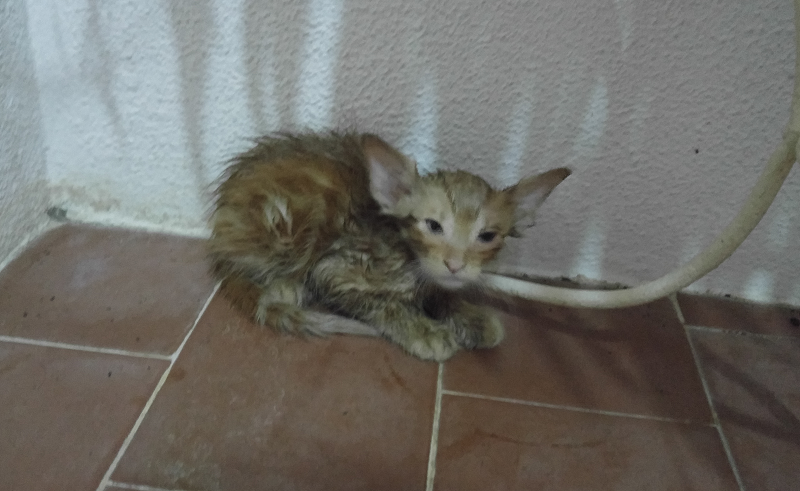 After that, Joelalmeidaptg’s family nursed the cat back to health, caring for it and feeding it by hand despite They called it Spock because of its enormous ears. Months later, in the words of Joelalmeidaptg, Spock has gone “full ‘The Ugly Duckling’ mode,”

Four months have passed and the cat my father kept calling ugly went full “The Ugly Duckling” mode. He is the most beautiful cat I have ever seen. And he is HUGE. Look at his tail! The vet (when he went for vaccines) said he was about 6 months old and would keep growing for another 6 and that he would become huge.

“TL:DR Found a dying cat while playing Pokémon Go, saved him, he was ugly, turned out to be beautiful, I’m in love with him,” wrote Joelalmeidaptg.

It’s one of the more life affirming stories to come out of the entire Pokémon Go phenomenon. Instead of hoards of people people’s obsession with the game.

And sure, cats are saved all the time for all sorts of reasons. Superman was famous for rescuing them from trees and real life fire fighters have a habit of saving them from burning buildings. Even in this instance, you could argue that it wasn’t Pokémon Go that saved Spock, but the person who found him and the community that invested a day’s sweat and hard work to secure his safety. We could get into a whole debate about the metaphysics of causality. At the end of the day though, a game for smartphones was released this year that got people off their asses and out into the world doing things that ranged from strange to terrible to, in this case, adorable as fuck. It’s not even the first time.

Even if Pokémon Go is struggling to stay relevant going into 2017, the story of Spock is at least a vindication of the idea inherent in the Pokémon mythos. Beyond the capitalist drive to “catch’em all” and the number crunching business of breeding and training the most powerful Pokémon, the series grew out of something as simple as bug catching. The series has always tried to focus on the relationship between the player and the little digital creatures they discover and battle with, and latest games let you groom them after battle as well. One of the games’ core themes is exploring how we relate to and learn to communicate with creatures that are completely different from us. The cool attacks, special evolutions, whimsical designs are just a way of dressing that up.

So while the story of Spock’s rescue and life with his new family certainly won’t be the last Pokémon Go story we hear about, it feels like the one that will forever be the most quintessentially Pokémon.